After a long, bloody war in the Sudan, the governments of the United States and Russia struck an uneasy cease-fire over the fate of Africa and its burgeoning industry. This peace would be short lived, for to the north a new conflict was brewing. Ukraine, a former satellite state of the Soviet Union, sought to gain back the power from which it once reveled in.

As the snow fell in a heavy midwinter storm, Ukrainian troops moved towards the border of Belarus. Without warning, Ukrainian troops attacked with a speed and effectiveness not seen since the blitzkrieg of WWII. With their aggressive tactics, the Ukrainian army reached the capital of Belarus in a matter of weeks. The lightly armed and ill-prepared Belarusian army could do little to stop this onslaught of men and metal.

The fall of Minsk signaled the end of resistance throughout Belarus. The bordering countries of Ukraine and Belarus began to wonder if they were as vulnerable to occupation as Belarus had been.

The United Nations condemned these attacks as unjust and illegal but was unable to pass a mandate to take action against the expansionist aims of Ukraine. The UN's inability to act upon the actions of the Ukrainian army only strengthened Ukraine's resolve that they could not easily be stopped. Six months came to pass with no military action against Ukraine but rumors had started that Ukraine was systematically killing their former political competitors. With no clear evidence of the assassinations, the United Nations was still reluctant to take action.

As time passed, more evidence surfaced of executions, illegal imprisonment, and torture; however, it was all unconfirmed information until a Kramaerican Photo reconnaissance satellite passed overhead. The satellite caught pictures of mass graves where the Ukrainian army had been dumping the bodies of political enemies and what appeared to be unarmed civilians.

This information was promptly forwarded to the UN Security Council. With an unprecedented 93% majority, a mandate was drafted and signed. Troops would be sent into Ukraine and Belarus to bring those who had committed these crimes to justice. In an underground bunker, military advisers and command staff from around the world met to plan the attack.

The principal military force to go into Ukraine would be led by Germany and the United States. They planned to hit Ukraine first in the hopes that if the Ukrainian public found out about the war crimes their government had committed in their name, the citizens would lay down their arms and greet the American and German troops as liberators. The plan consisted of a massive airborne assault and armored spear head from Poland. The German forces would rush to Kiev in the heart of the country, while the United States protected their northern flank from the Ukrainian troops based in Belarus.

On a dim night in September, the invasion of Ukraine was started. Through the darkness came ten thousand airborne troops, dropping from the sky like a heavy rainstorm.

The destiny of Eastern Europe now lies in your hands. It is time for you to choose which side of this epic conflict you shall fight on to prove your Point of Existence.

Welcome back for a very tardy #129th Point of Existence News update. Point of Existence 2 has been in development for over four years now. We feel it is time to announce that we are ceasing active development for the Battlefield 2 engine. We want to thank our fellow developers, testers, fans and all of the sites that have supported our mod over the years. This has been a work of love for many of us and we hope that you continue to enjoy what we have created. We intend to support any technical issues that may arise from the (cough) upcoming BF2 patch and will respond quickly if the need arises.

Every Tuesday and Friday nights Tactical Gamer is packing the house with PoE2! Each Tuesday and Friday TG packs their server and runs many of the larger maps as well. It's a great time to come out and support the mod and even frag a few PoE Devs. TG is also organizing scrimmages every two weeks along with special events to showcase some of the other game modes PoE2 has to offer such as Frontline and Nuke.

We are feeling a little nostalgic and decided that it might be time to revisit PoE1. We are working on an updated final release of our epic modification for Battlefield Vietnam. We encourage you to dust off those old disks and find your serial numbers, or in the extreme go out and spend $10 and pick up a new copy! This release will have greatly improved COOP as well as fixing some long lost bugs. We'd like to thank Dnarmo and Legion for their outstanding work in adding bot support to PoE1!

Server owners who are interested in hosting PoE1 servers, please contact us and we will make some arrangements so you can be ready for our pending release.

Stop by our forums and lets begin a discussion about our next project! 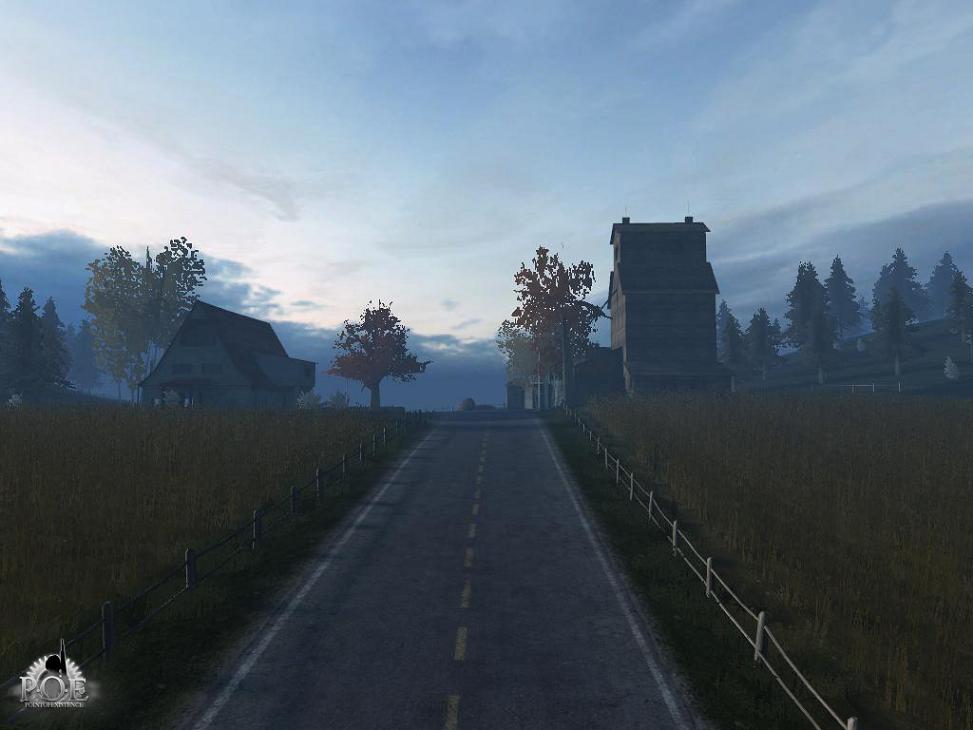 The PoE:2 Team Releases version 2.1 with a full build & a patch that takes the game from version 1.8 to 2.1. Both install files are available from...

This week Greasy_Mullet has screenshots from the map he is working on called Raid on Kerch. It contains some new statics from Jilted. The Tall building...

Point of Existence:2 has released version 1.8 in both a full 1.8Gig download and as a 80Meg 1.7 to 1.8 Incremental patch. The incremental patch has been...

PoE would like to invite you to our release party, Friday July 20th, 12 noon EST (5pm GMT). #pointofexistencemod on Gamesurge using an IRC chat client...

As many of you know, BF2's 1.5 update has caused our PoE 2.5 servers to crash. Sgt. Wedge took some time out and put together a server patch that should...

We have been working over the last few weeks on putting together a second Fan Mappack. The mappack is now ready for release and we hope you will join...

Point of Existence is proud to present the server files for v1.7. This release contains md5 checksums as usual which prevents players from using basic...

Well, a new version with Germany replaced with Mordor/Russia would be lit. SLAVA UKRAINI!

You can immediately see the mentally retarded Khokhlyadsky potsreot =), then you still need to change the Army of Ukraine in fashion, because the really strong army of Ukraine was in fashion, unlike the modern shameful APU, which is hiding behind civilians

I recall fondly how great it was to play POE ten years ago. This mod is so relevant today on March 5 of 2022. I need to get back to this game somehow.

Well, we need to replace Germany with Russia in the next update

By the way for everyone who'd like to play with ukraine vs russia, the Nations at War mod has a lot of those maps. It's not as polished though, but still a good mod.

I've been trying to contact the dev's for permission to create a mappack for Firebird mod. I can't find a working profile

Hey Kyleman, perhaps you could ask MoRoZ how he got hold of the POE2 maps to use in his mod.
Moddb.com

DEAR MATES GAME IS AMASING BUT IT HAVE FEW MISTAKES:
FOR EXAMPLES: UKRAINIAN SA7 IS AN IGLA/SA-18 NOT SA-7 AND WARHEAD WAS MAKED WRONG! HOW I COULD CALL AN ARTY STRIKE IN SINGLE PLAYER? WHERE IS AK-74? AND RPG-29 VAMPIRE AND T-64 BULAT ?

It's Over - The Series Battlefield 2