Be immersed in an exciting combat environment which blends realism and fast-paced, highly intense gameplay.

Feel the impact of every bullet around you as enemies lay down suppressive fire on your position.

Hear the death crescendo around you with the overhauled gunfire and explosion audio.

Featuring 7 factions, each with their own selection of high quality, beautifully animated weapons.

Are you ready to feel the Heat of Battle?

For anyone who would prefer to update their existing mod install, you can download the updated core files here and replace all your existing files.

To install, unzip the HeatOfBattle folder in your C: directory, so you have C:\HeatOfBattle\Battlefield 2\.

You can also install the HeatOfBattle folder anywhere you like, but Reshade will not work, unless you modify the file paths in the HeatOfBattle\Battlefield 2\d3d9.ini text file to match the location you installed.

Once you're in-game, I recommend playing using a Local Coop server (not Singleplayer). To do this, click Multiplayer, then Create Local. This gives you more options, so you can choose the spawn and revive time, number of bots, and bot difficulty. I recommend a 3 second spawn time, 5 second revive time, 20 or 40 bots, and bot difficulty at 70 or higher. If you want more bots, lower the max players slider.

The standalone release contains all vanilla maps, all Rush maps, and all Special Forces maps from previous releases, as well as a few custom maps for you to enjoy. The new maps Dimashq Airfield, Al Anbar, and Oruzgan Province are by TrueSpirit. You can download the Custom Map Pack for more custom maps so you can play all the factions! 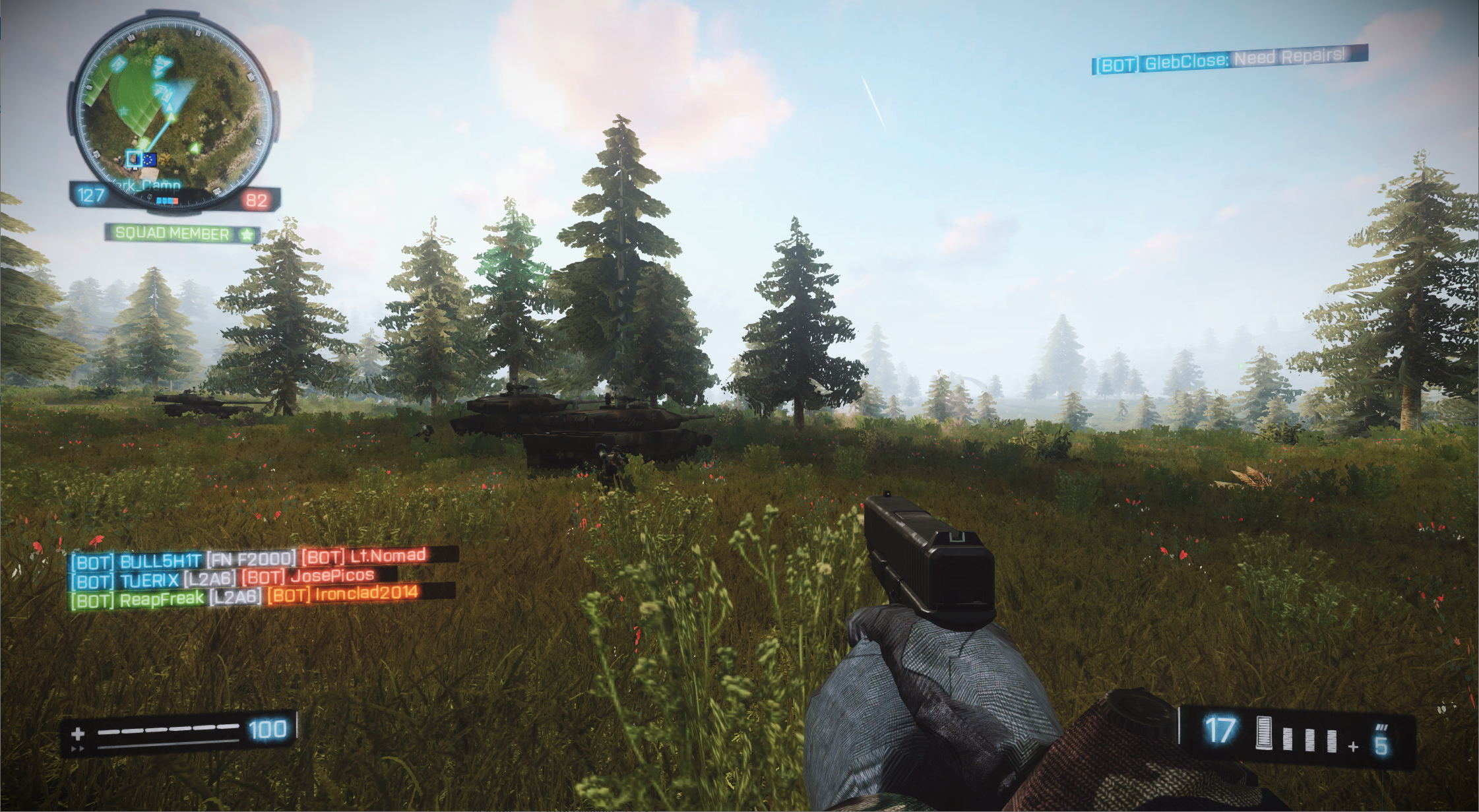 Explosion and impact effects by Project Reality (big thanks for giving me permission to use them!)

WARNING! The combination of the Damocles HUD and PR effects have a HUGE FPS impact - even with modern hardware, you might be able to expect only 30fps on some maps, with or without Reshade. If your hardware has trouble running the old version already, it is recommended not to update for now.

For a detailed spreadsheet with all the new weapon, vehicle, and bot statistics, click here. 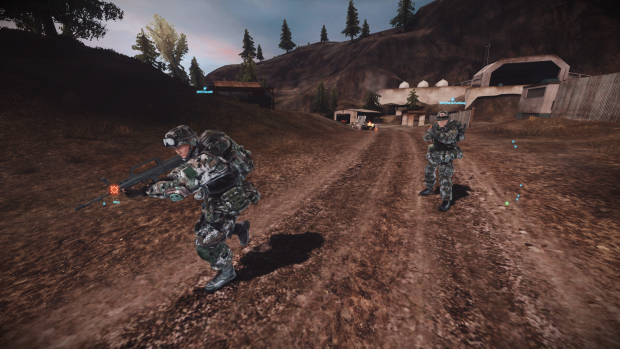 Credit to WeiVan and TheObscure, with heavy edits by me 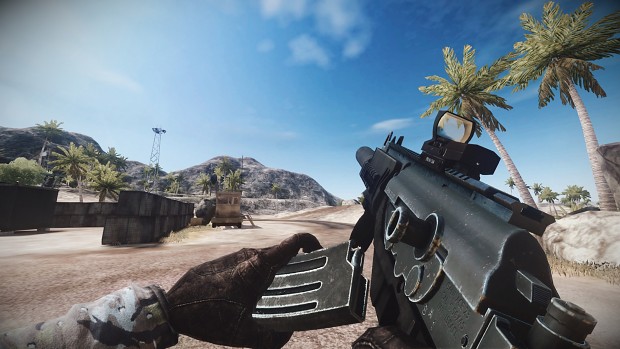 Fixed self-suppression when shooting at ground

Updated Z-10, Apache, and Hind attack helicopters to match Ah1z and Havoc tweaks (thanks to madaztrem)

Realigned tank and APC HUDs (thanks to madaztrem)

Weapons hot soldiers, you are cleared to engage!!

Turn up the heat this holiday season with an all new Heat of Battle update!

Answers for common post-launch questions, including CTD when joining game, how to change the number of bots, and how to use vehicles.

The full, standalone version of Heat of Battle. Maps and Reshade included. Be sure to read the description carefully to avoid issues and crashes!

Here are the maps you'll need to play the new RUSH gamemode!

These are the core Heat of Battle files. You'll need this and at least one map pack in order to play!

This map pack contains all the maps in vanilla BF2, tweaked and optimized for Heat of Battle. Do NOT use with BFHD, it won't work!

This contains custom maps created by the BF2 community, tweaked and optimized for Heat of Battle. Recommended for all installations!

This map pack should only be used when installing with BFHD. Do NOT use on a vanilla installation, it won't work! Make sure you have BFHD version 3.0F...

hello everyone, is it possible to play in co-op mode with friends?

Is there going to be an open multiplayer server anywhere in the near future?
I know the mod was intended for SP only but I'm interested in the possibility of playing multiplayer.

Can anyone help me.It is not working for me,It just stays black and then givesme the not responding error. PLS Help

I downloaded this a few days again and its been cool but I cant play it. the game loads fine but when I get into the match I tried to choose a kit and the game crashed. its happened multiple times. I also tried uninstalling it and redownloading it but it still didn't work.is there any way to fix this.

Had exact same issue. You have to turn off reshade...Open game get to main menu.. Press shift f2 when you are in main menu. When you do so a menu will appear on left side. Now press shift f1. Should say effects are disabled. Press shift f2 to close menu and you should be good to go. On startup you have to disable every time.

¡¡¡Help!!!
After playing for a few minutes, the game takes me out

Well. How to phrase this? Just wow.
Great weapon handling: check
Awesome maps: check
Accurate weaponry (minus the PRC and Spetsnaz using RPG-7s): check
All in all: a round 10/10.

Should be a standalone, IMHO.