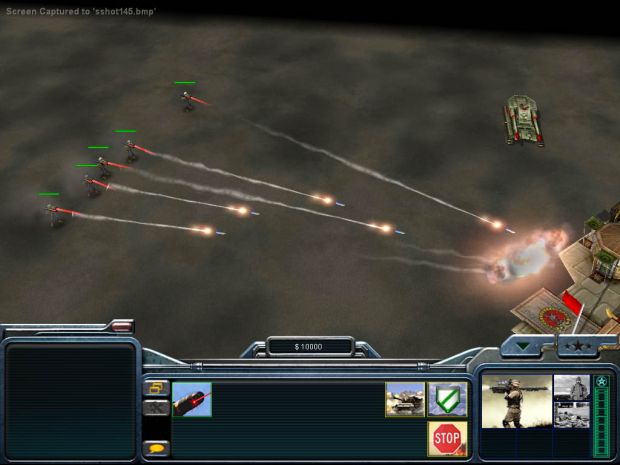 yeah.. but the original not for building.. and in here looks like has a new laser skin..

I've post missile defender bug issue somewhere else before.
Sometimes, USA AI missile defender use their laser lock ability strangely. They fire rapidly from long distance, they can target it on infantry and buildings when it supposed to be for ground vehicles only, and without any initial delay like us human player do. You can consider this bug when you found missile defender only standing still when attacking (not animated), and the launched missiles trail and laser are gone.

Because of that, I've decided to rewrote the missile defender laser lock ability:

- It makes the AI no longer can fire them without initial delay
- It can be used not only vehicles but also buildings and infantry
- The maximum attack range sightly reduced, now it just a little longer than the normal attack range, so artillery weapons can reach them
- The laser effect now attached to the model, and no longer using dummy weapon that may reduce the framerate