Features:
-A partial conversion of units and technologies that re-introduces GDI vs. NOD and reunites the storyline of RedAlert with C&C 95 (TIBERIAN DAWN).

-A fresh GDI vs. NOD multiplayer experience that feels like Yuri's Revenge, but builds upon the core gameplay, pace, and graphical scales to draw you into the larger Command & Conquer story.

-Added RETRO SOUND FX, voices and interface sounds from Tiberian Sun, and additional voices and sound effects from C&C95, Generals and C&C3 (without removing most of the great voices/sound effects we all know from classic RA2/YR).

Note: The first release of this mod is a skirmish/multiplayer-only enhancement, and will not overwrite the normal YR missions with an original campaign. If we can expand our team after the Fall 2015 release, a Nod's Revenge campaign based on Tiberian Dawn would be an exciting possibility.

Yuri was defeated. The world breathed a collective sigh of relief, only to realize something was still not quite right. Rumors began to spread about the secret use of time-travel in the previous wars against the Soviets. No one knew what kind of long-term impact the use of chrono technology might have on the fragile planet. Worldwide riots soon forced a hasty disbanding and disassembly of all of Einstein’s chrono-shifters.

In the months following Yuri’s defeat, leaders all across the collapsed Soviet Union began to mysteriously disappear. The supposedly victorious Allied Nations slipped back behind their borders as U.N. troops stepped-up to relieve peacekeeping operations in the many war-torn cities around the world. Back in the United States, it was all the Defense Forces could do to simply maintain order and relocate thousands of displaced civilians in the wake of two prolonged conflicts.

Terrorism began to spread at an alarming rate in U.N. occupied cities, but peacekeepers believed many of the bombings could be traced to a common source. Some captured militants called themselves “The Brotherhood”; others, “The Black Hand”. Most captured suspects claimed allegiance simply to “Nod”, and investigations confirmed that agents of this organization had been present at almost every level of Soviet leadership since the First Great War – possibly sooner.

Its not certain what connections Yuri had to the Brotherhood of Nod, but the fact that Nod was a well-kept secret until after Yuri's defeat has led many to suspect an alliance.

Civilian reports began to trickle-in about strange lifeforms and poison gas in regions near ruined Yuri bases. Although Allied commanders refused to comment on the reports, the U.N. issued a decree for the formation of an anti-terrorism and HAZMAT containment operation named the “United Nations Global Defense Initiative”. UNGDI solders were on the ground within weeks in the regions around the destroyed Yuri outposts, but they were not the first... 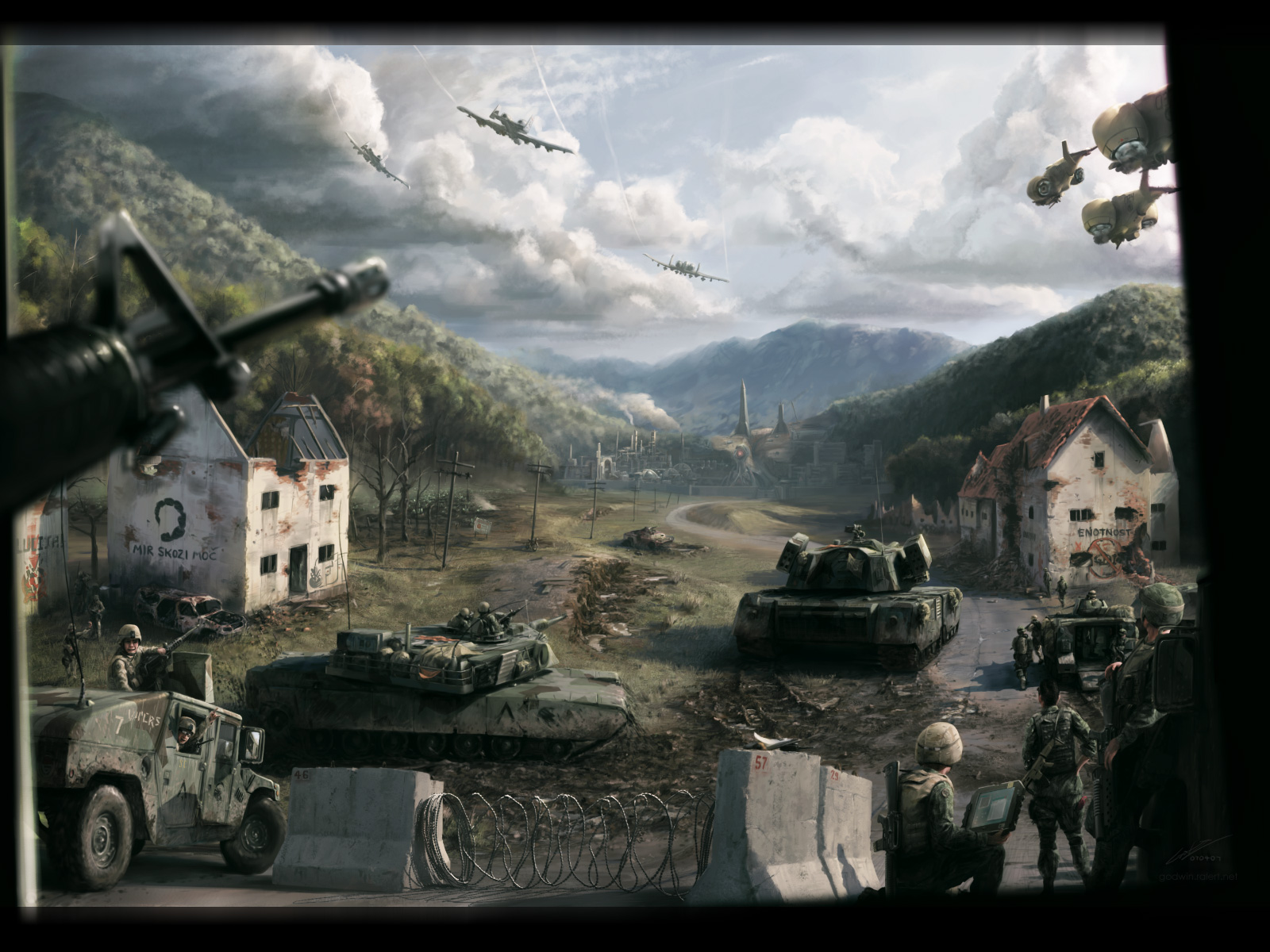 GDI containment units discovered illegally armed harvesting operations in the contaminated zones. Not only did the hazardous materials found by GDI seem to have spread far beyond the Yuri storehouses, but they were also being nurtured and protected by mercenaries and scavengers. Bolstered with abandoned allied and soviet weapons, the armed defenders of Yuri’s secrets bore the colors of the Brotherhood of Nod.

The most dangerous of Nod’s secured assets was a poisonous green crystal (called “Tiberium” by most Nod crews) that grew like grass on the ground and thrived when exposed to other mineral deposits. GDI immediately began designing harvesting vehicles based on captured Nod equipment in order to safely collect and contain the poisonous Tiberium crystals. The back-and-forth between GDI Forces and Nod Militants over sectors poisoned by Tiberium showed no signs of slowing down, as both sides began to utilize methods for extracting profit from the harvested crystals. The conflict came to be known as the First Tiberium War.

The Brotherhood of Nod's silent infiltration into world governments over the centuries had witnessed the failure of multiple empires to accomplish their objectives, and it is still uncertain whether Yuri was a powerful rogue or a clever pawn in this game of thrones . . .

Whatever his loyalties, it seems Yuri had successfully sown the seeds for Nod’s Revenge. 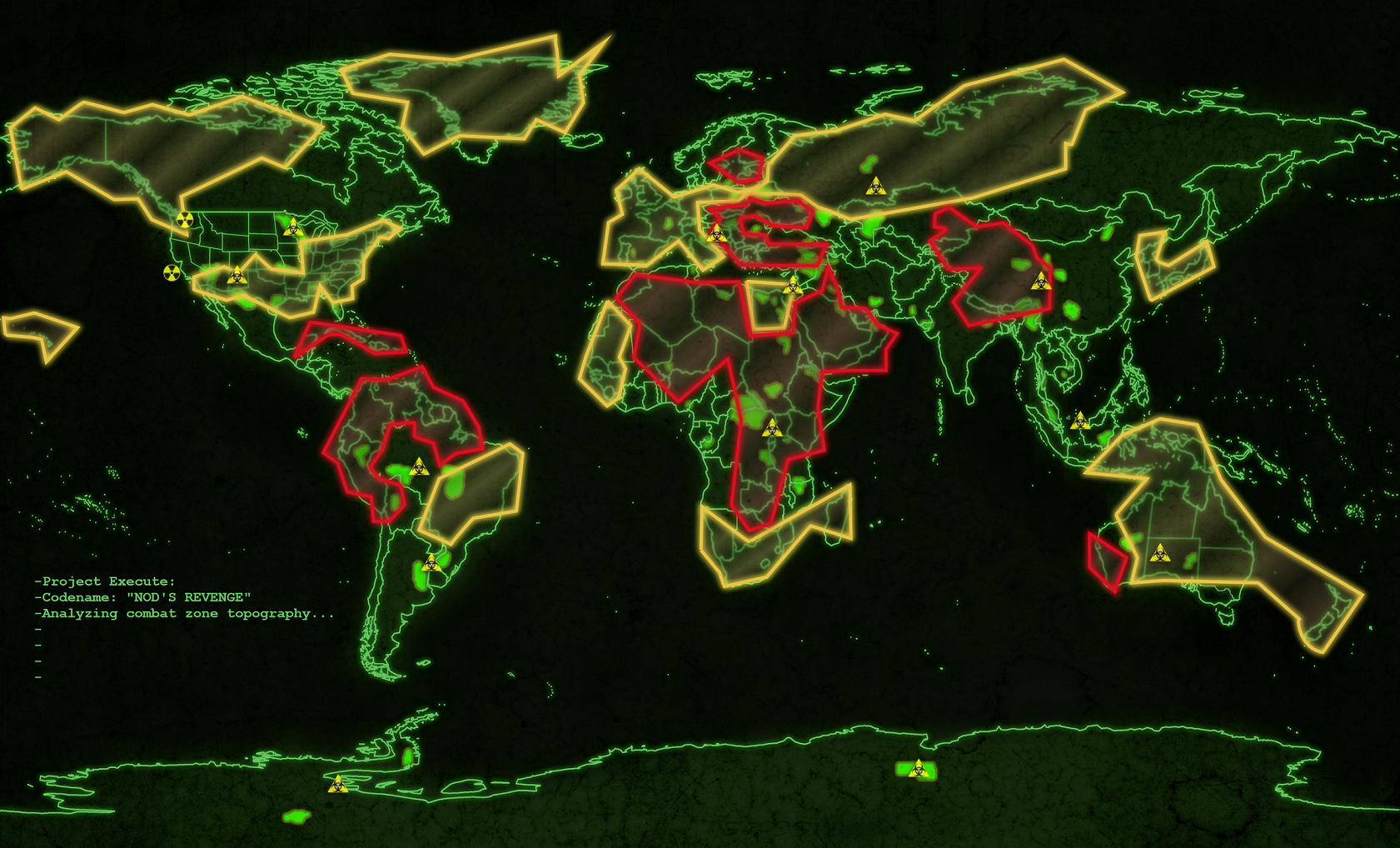 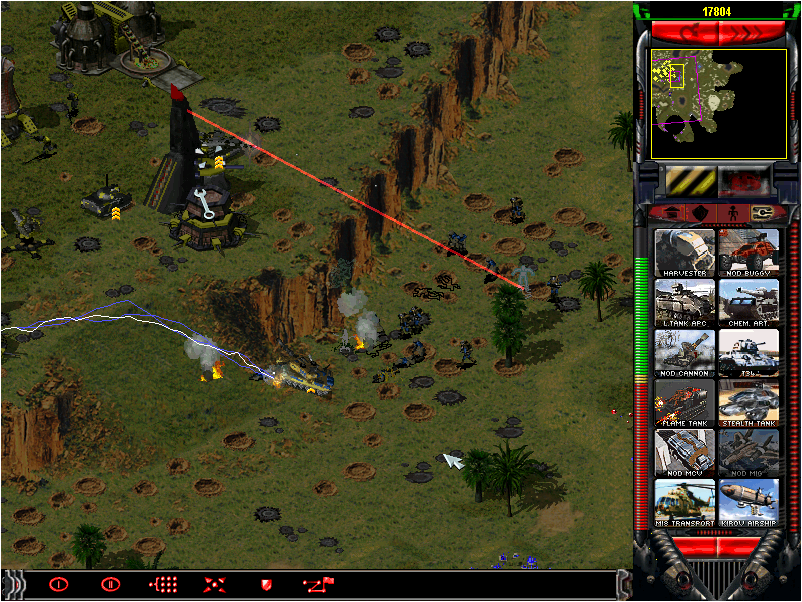 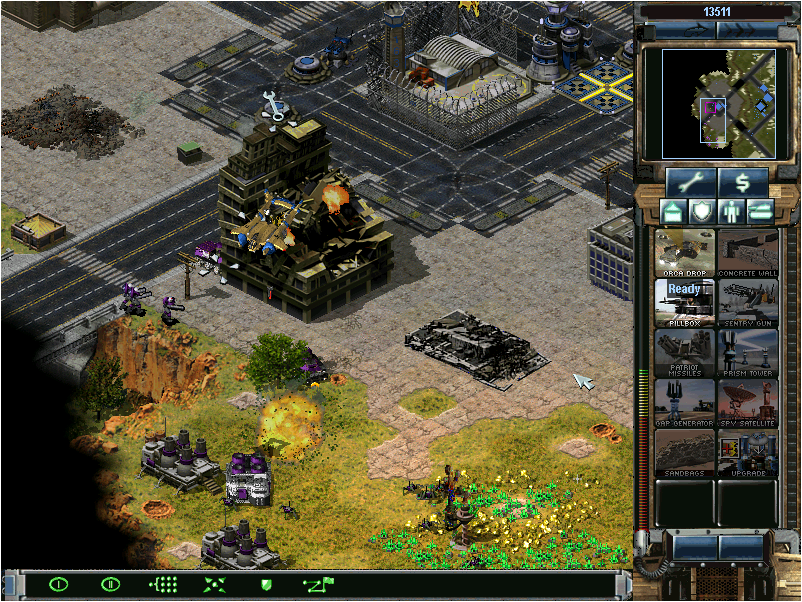 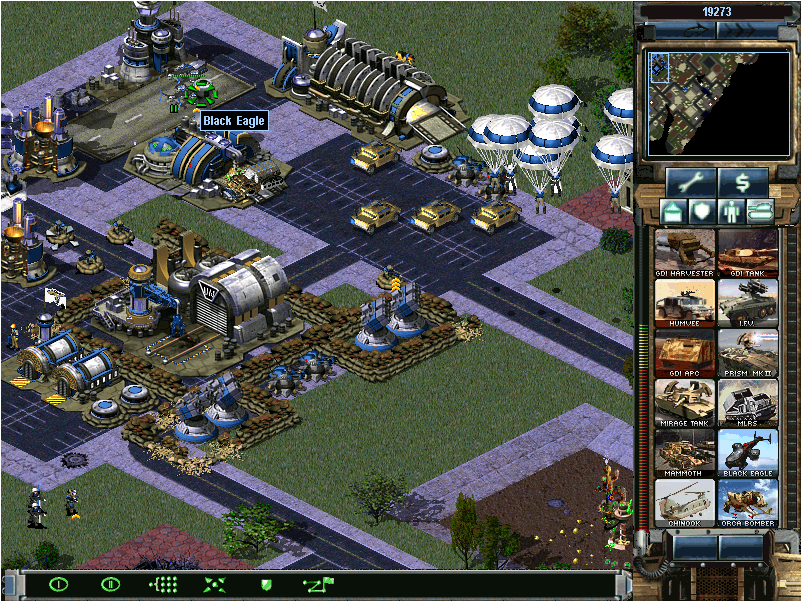 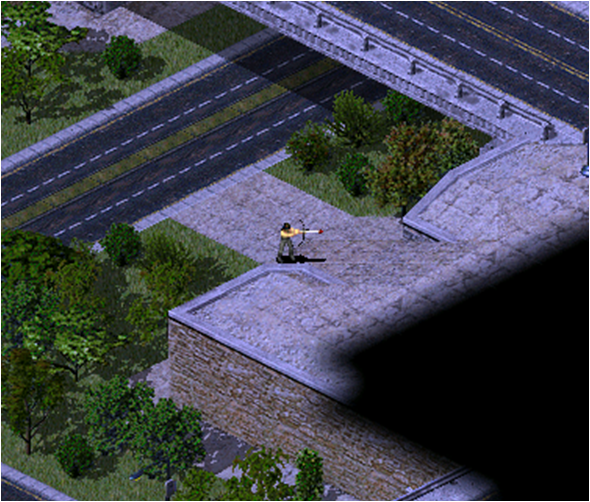 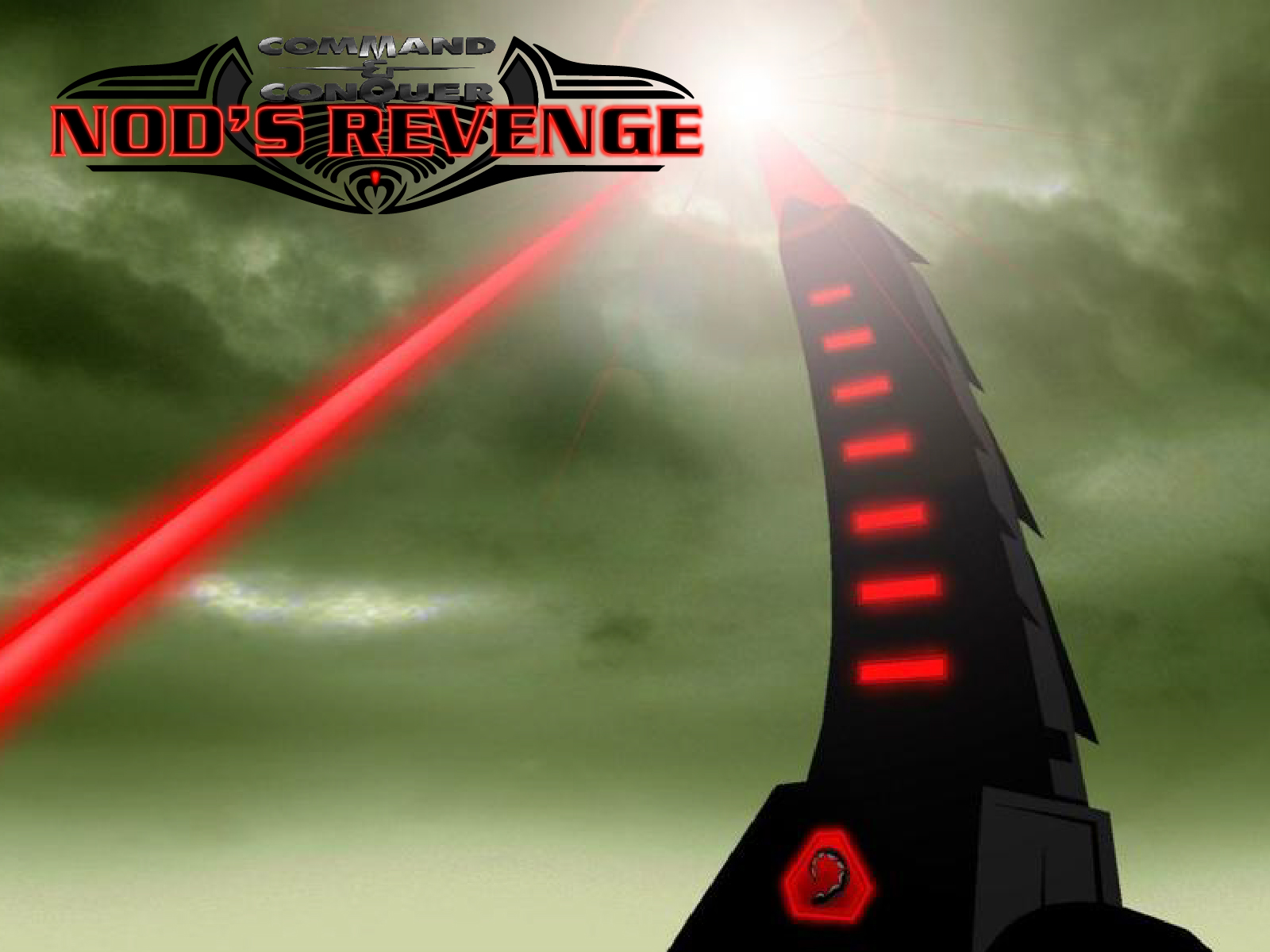 Have You Stormed The Beach Lately?

Updates to Nod's Revenge take Red Alert 2 combat to the edge. Are you ready? Learn new strategies and units with Open Beta v.0.88.

*file updated to v0.924 in February 2020* The 2019 update to Nod's Revenge features an enhanced solo skirmish and LAN experience in a tiberium-style that...

Files updated to v.0.924 in February 2020. *This alternate download is not optimized, and should only be used with the Origin-downloaded copy Red Alert...

The official EA Games RA2 v.1.006 and YR V. 1.001 patches are recommended to fix many original bugs before playing online or using any mods such as Nod's...

(This is the ORIGIN-Compatible version. If you did not download Yuri's Revenge online through ORIGIN, then use the main download.) The first stable release...

The first stable release of Nod's Revenge features a fresh skirmish/multiplayer experience in a tiberium-style that doesn't overcomplicate or stray from...

Bucknife, is there any way to play this mod without putting the files into the main RA2/YR directory? The mod looks good, but I would rather not have the mod take over the main game, and taking the mod files in and out just to play the vanilla game seems tedious.

If you are playing Yuri using Origin, then the file shuffle is the only way to reliably play NR at the moment.

If you are using a traditional CD download, then you can play through an easy launcher (see main download), which will shuffle the files for you.

I hope this helps. We also have instructions in the Readme file and on our forums here in the ModDb page.

Good luck with your LAN and AI Skirmishes!

Can YOU beat a Brutal AI?

Hey Nod's Revenge creators. Thanks a lot for all of your work over the years- I was wondering if you have a Discord channel? It would be great to join and chat with you for suggestions, feedback, and news in a more casual way. Thanks!

Will be up by Midnight, CST.

Another reason to look forward to November.