Hey guys! Rebirth's 10-year anniversary is just around the corner (March 29th), and I thought what better way to celebrate that than a new and massive update?

Hey guys! Rebirth's 10-year anniversary is just around the corner (March 29th), and I thought what better way to celebrate that than a new and massive update? So massive in fact that pretty much every settlement and settled area have been altered in one way or another. That's not all, included in this update are also a plethora of changes ranging from bugfixes to new weapons & armor to graphical improvements. I've been working tirelessly on this update for more than 5 months, so with the usual update-schedule that's almost two updates in one.

Due to the huge amount of changes I highly recommend that you start a new game with this update. Have fun and let me know if you guys run into any issues!

Before we dive into all the new goodies, here's a small retrospective of what Rebirth has to offer: 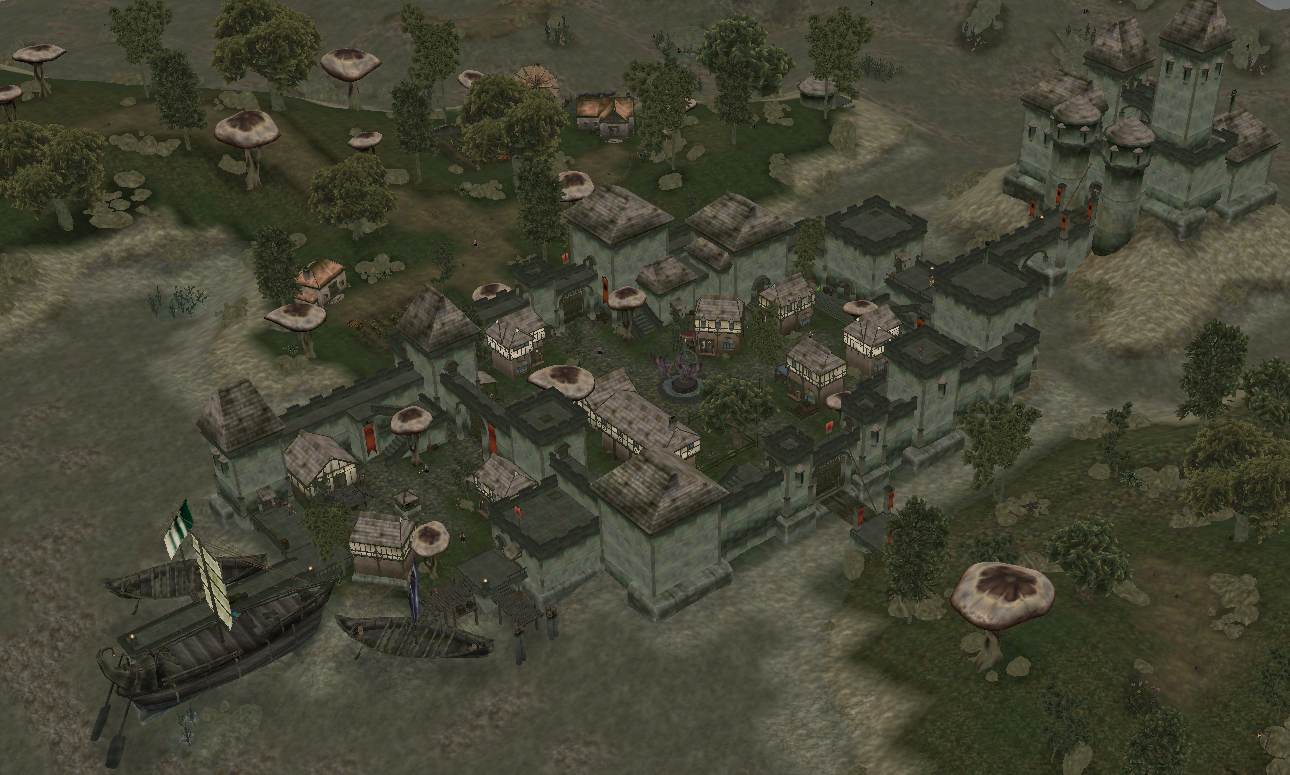 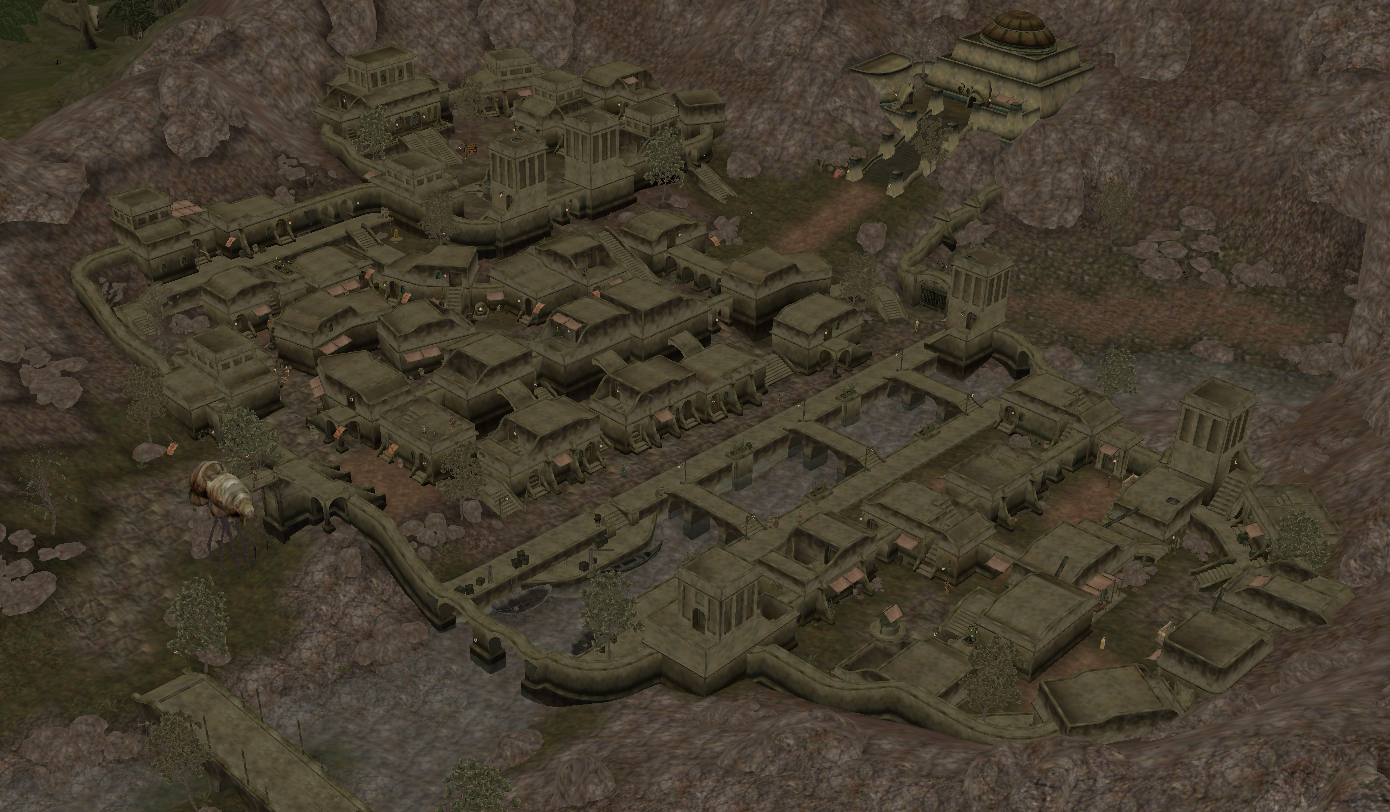 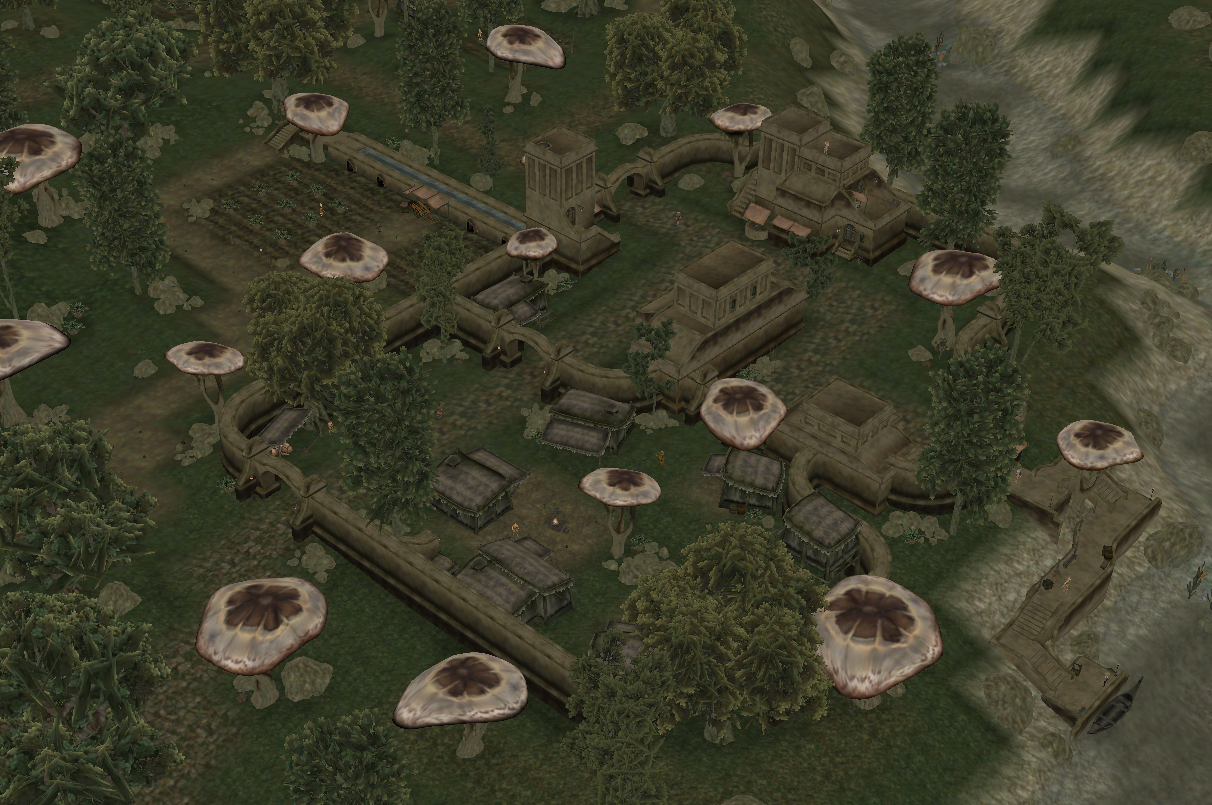 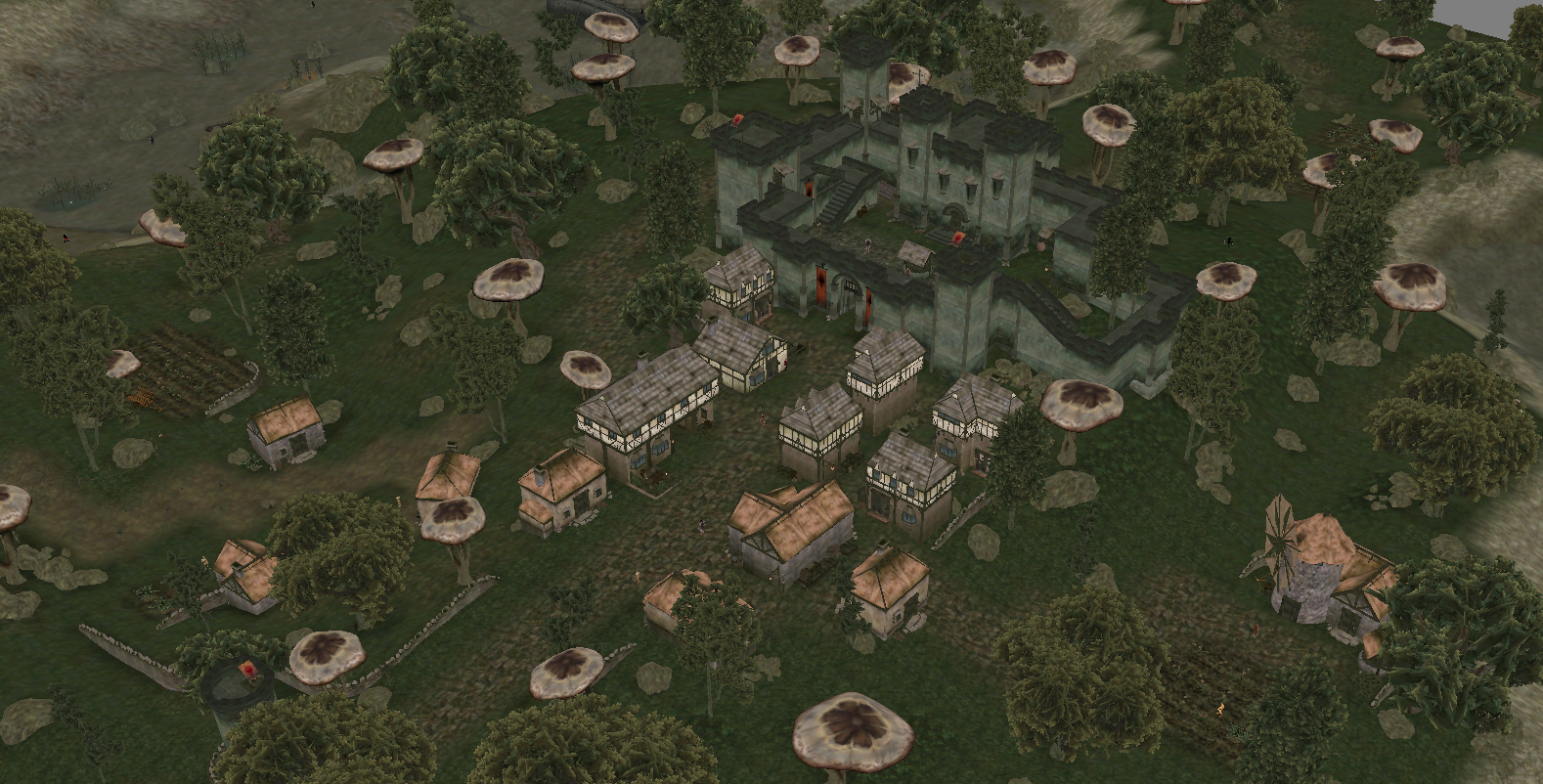 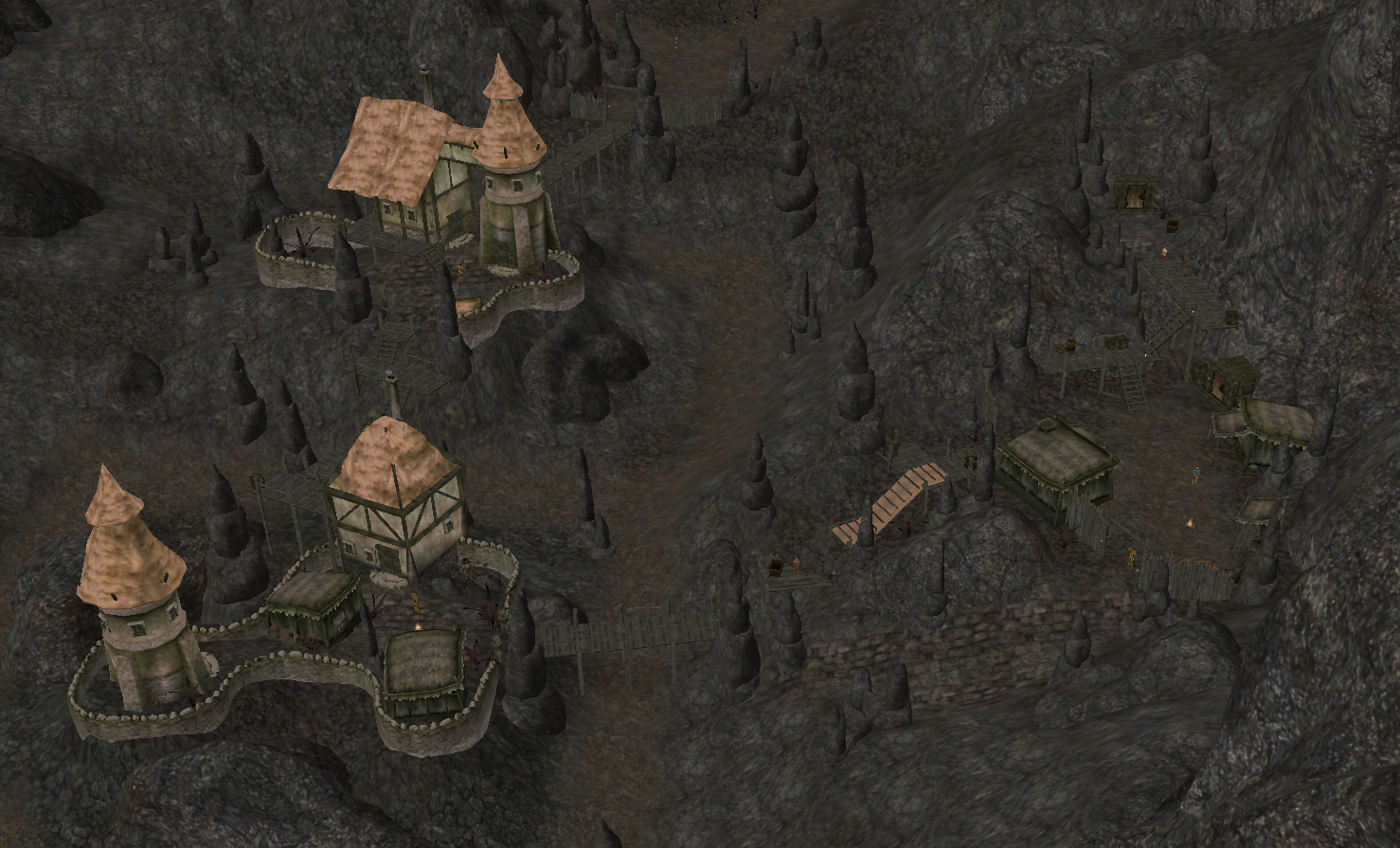 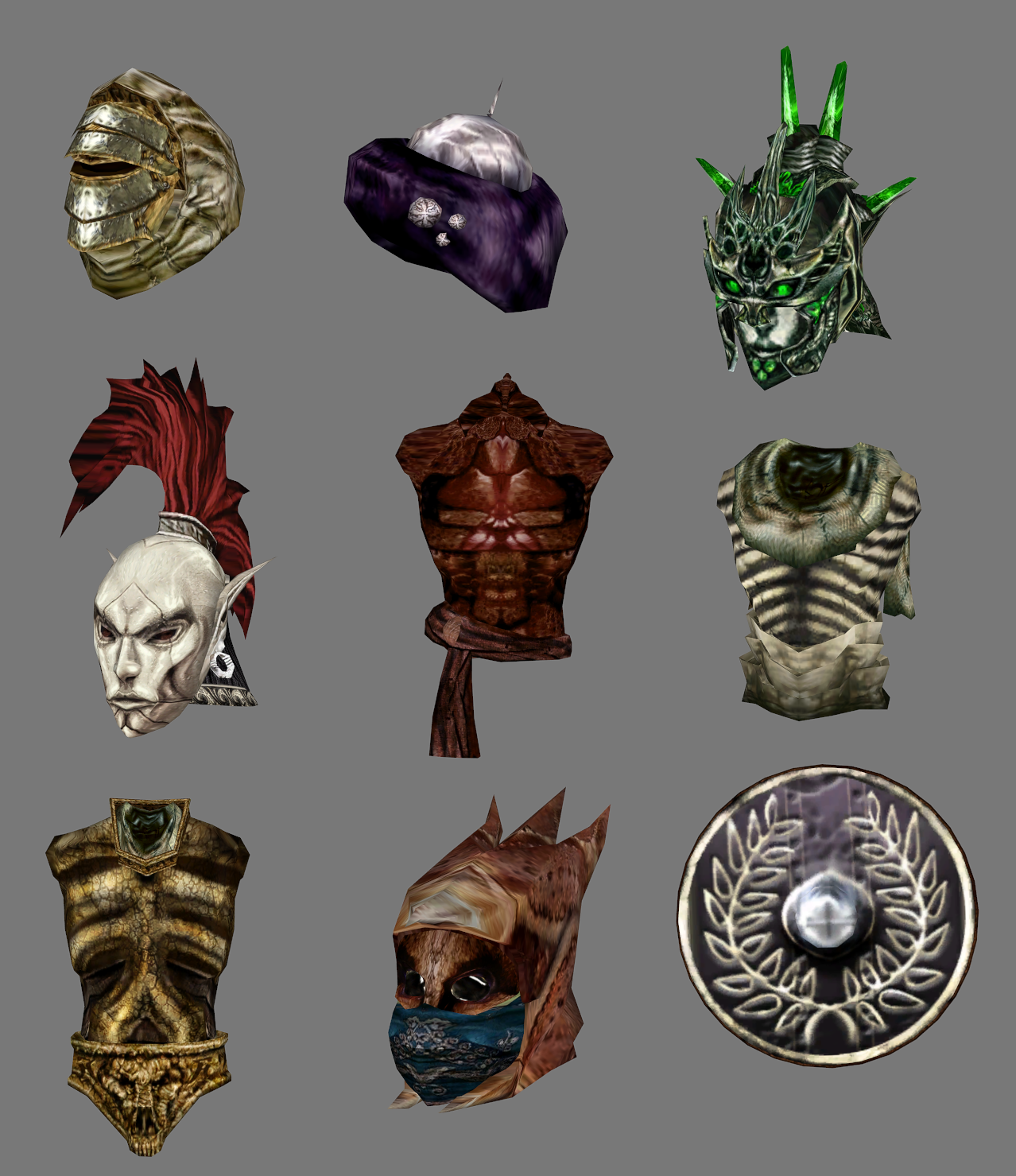 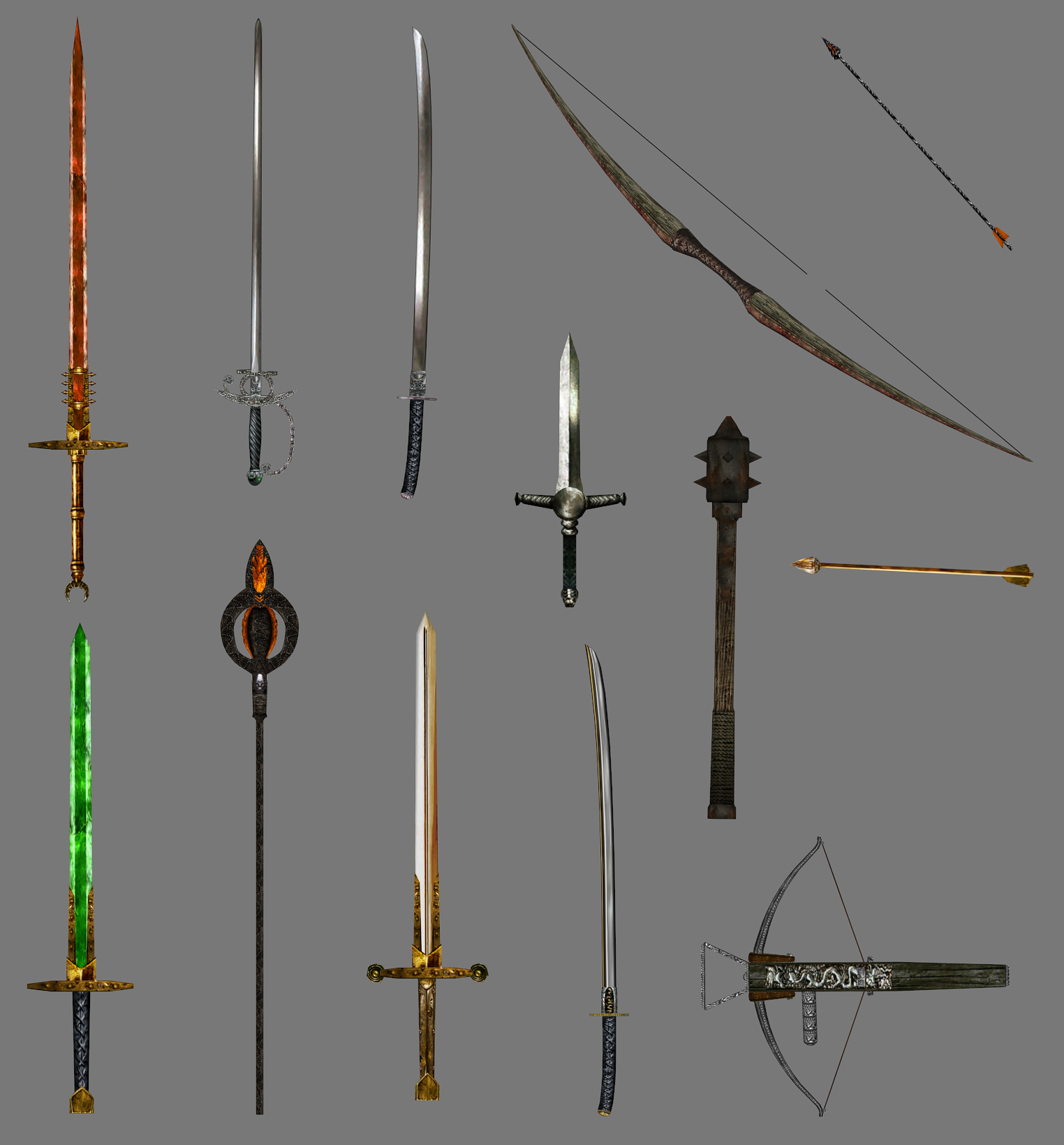 * Roland's Tear (a variety of the Golden Kanet) is now actually called Roland's Tear in-game. It also has it's own set of textures (includes ingredient model) to set it apart from the regular Golden Kanet.
* Removed the Gateway Haunt from the list of creatures whose souls can be used for CE-enchanting (The Haunt is an endless source of a constant-effect capable soul due to it respawning).
* Removed the light emitting from summoned creatures.
* You can no longer travel to Mournhold using the Magic Circles until you've been attacked by the Dark Brotherhood.
* Temples with two floors now have a unique exterior model matching the interior.

* Grand Soulgems will now drop in random loot, but they're few and far between.
* Reverted the change that allowed travel from Tel Aruhn to Tel Fyr or vice versa. Too much dialogue would have to be rewritten in order to keep this change.
* Increased the value of high tier throwing weapons such as Glass, Ebony and Daedric.
* Increased the chance for loot to appear in Dwemer containers.
* You can now aquire Spell Breaker without being a vampire.
* Added teleporters to the cantons of Vivec, making travel somewhat easier throughout the city. These are simple teleporters, acting as "doors", meaning you can go from A to B, and from B to A. If you want to go to C, you need to go another teleporter. There are also two slightly different teleporters that sends you to the Temple, but you can't go the other way around.
* Added a bit of detailing and few NPCs to the once deserted Waistworks of Molag Mar.
* Added more variation to loot found in common containers.
* Added even more variety to Dreamers, a work that started in v 5.3.
* Added more variety to Velothi Altars, featuring 7 new variations [WIP in 5.4 onward].
* Added restoration shrines to temples that had none.
* Added a hut to where Umbra can sleep in.
* Added doors to all outhouses.
* A massive amount of landscape fixes and improvements. 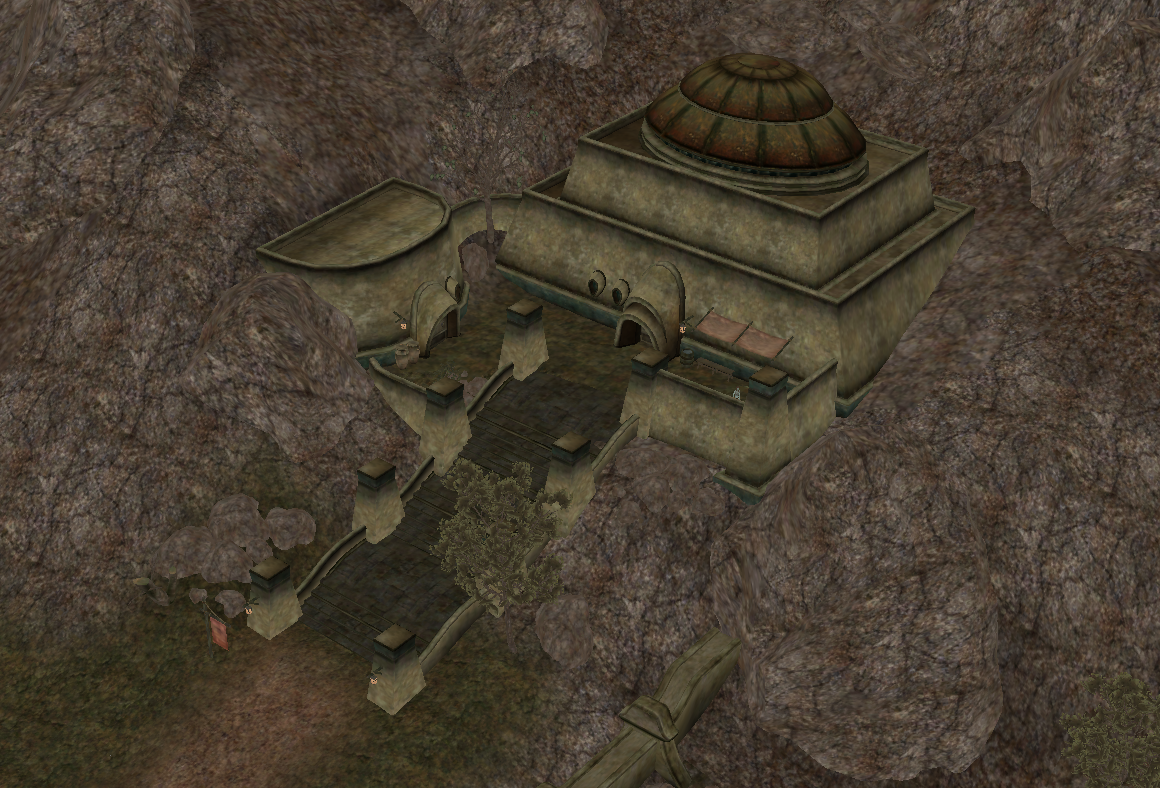 Sadrith Mora Changes
* Added more NPCs walking around. Aside from the vendors and guards, there were actually very few NPCs in Sadrith Mora.
* Some changes to Wolverine Hall exterior including stairs and doorway leading up to the battlements.
* Minor changes here and there. 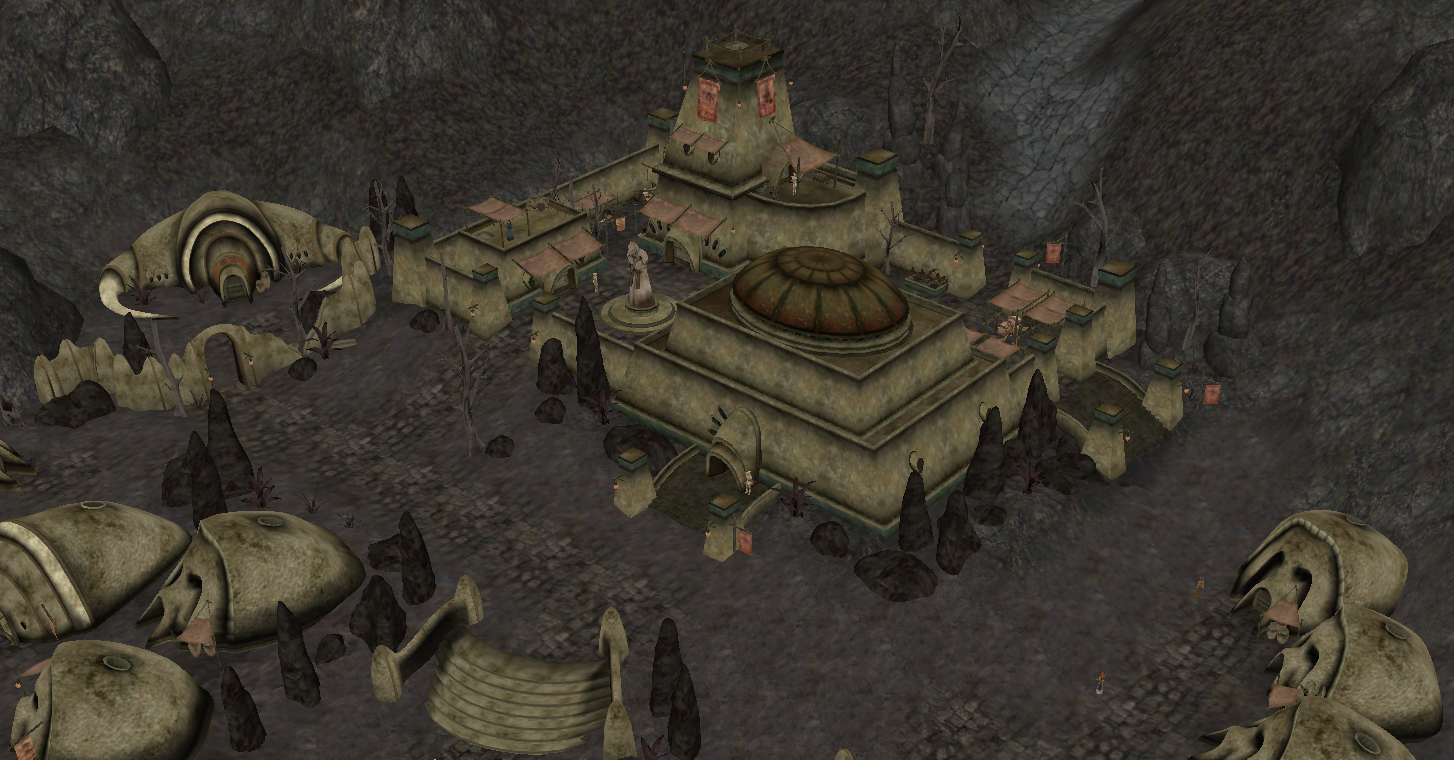 Caldera Changes
* Reworked the landscape in and around Caldera to make it feel more natural.
* Removed some clutter, and replaced some clutter for added varietey.
* Moved the Imperial Barracks further down the hill, replacing the somewhat oddly placed storage tower.

Tel Aruhn Changes
* Reworked the landscape in and around Tel Aruhn to make it feel more natural.
* Added a bit more detailing.

Suran Changes
* Replaced the simple entrance next to Oran Manor with city gates.
* Reworked the temple exterior.
* Minor misc changes here and there. 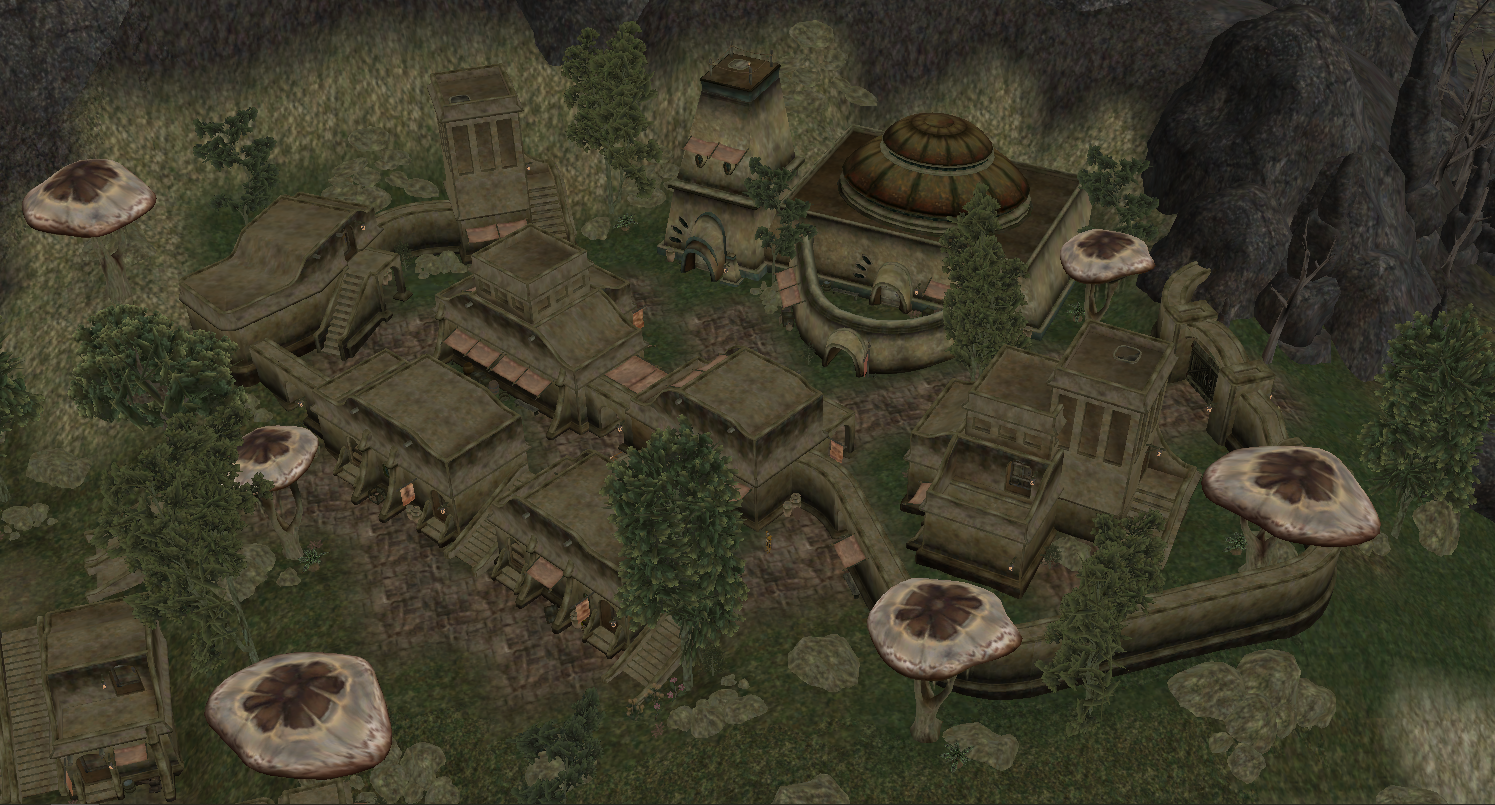 Gnaar Mok Changes
* Removed some clutter, and replaced some clutter for added varietey.
* Removed most of the walls surrounding Gnaar Mok.
* The layout is now closer to vanilla.

Pelagiad Changes
* Removed some clutter, and replaced some clutter for added varietey.
* Moderate changes to the layout of the village.
* Minor misc changes here and there. 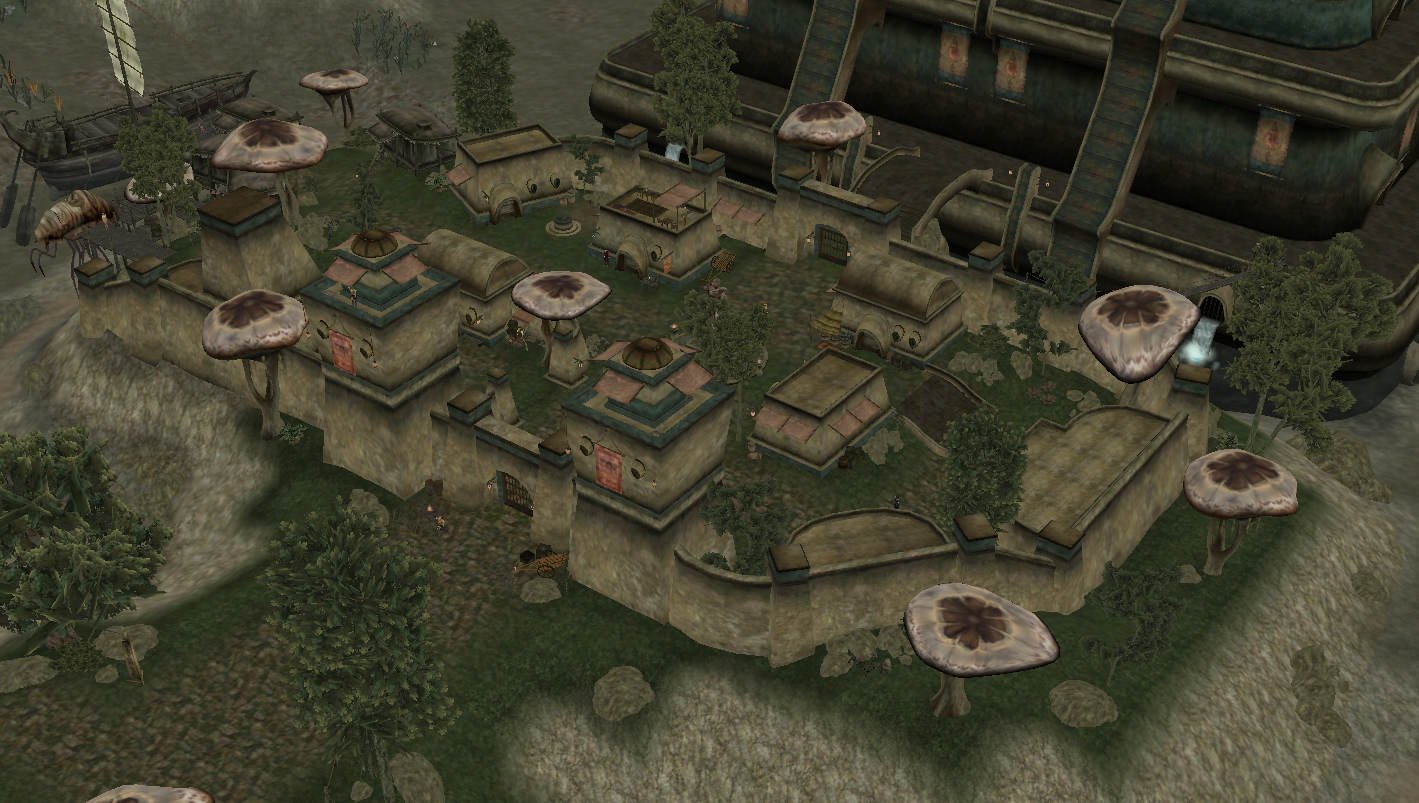 Maar Gan Changes
* Made the plaza, near the stairs up to the temple, a bit less open and square-like. 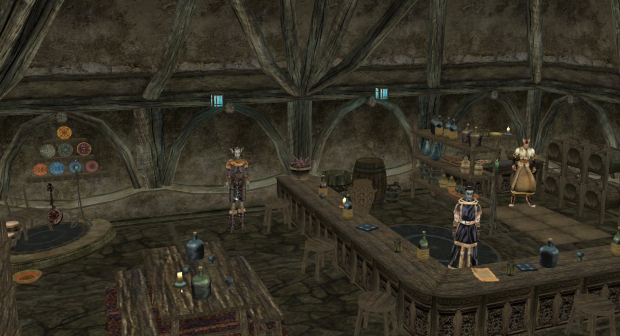 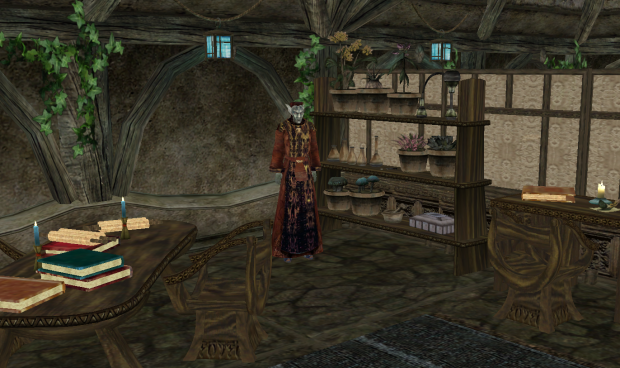 Ebonheart Changes
* Re-arranged some buildings, and added some structures to make the courtyard feel less grid-like.
* Reworked the exterior and interior of the Imperial lighthouse located just outside the castle.
* Removed some clutter, and replaced some clutter for added varietey.
* Added market stalls, with traders offering various items. 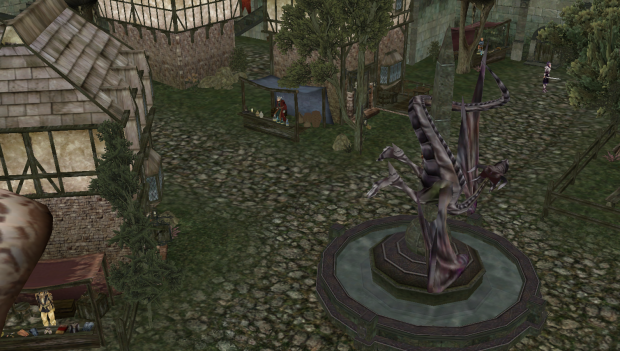 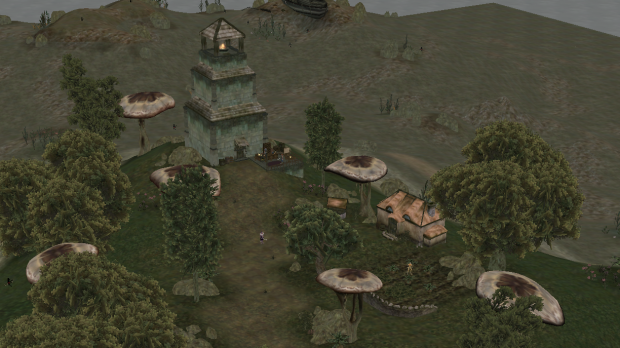 Zainab Camp Changes
* Added more clutter in and around the camp (mainly new/old ashlander styled stuff), along with some new traders and NPCs.
- Other camps will be reworked in a future update.

Vos Overhaul
* A large overhaul of the farming settlement of Vos including new farmland north of Vos, landscape rework to make the it feel less flat, more clutter, new vendors and much more.

Grazelands Overhaul: Part 2
* Added more rocks (and new rocks!) to various hills around the Grazelands. Most of them were completely empty and made the region feel rather underdeveloped.
* All trees are now much smaller, taking up less of the scenery. 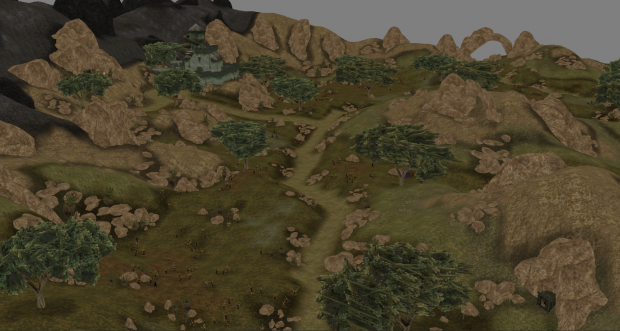 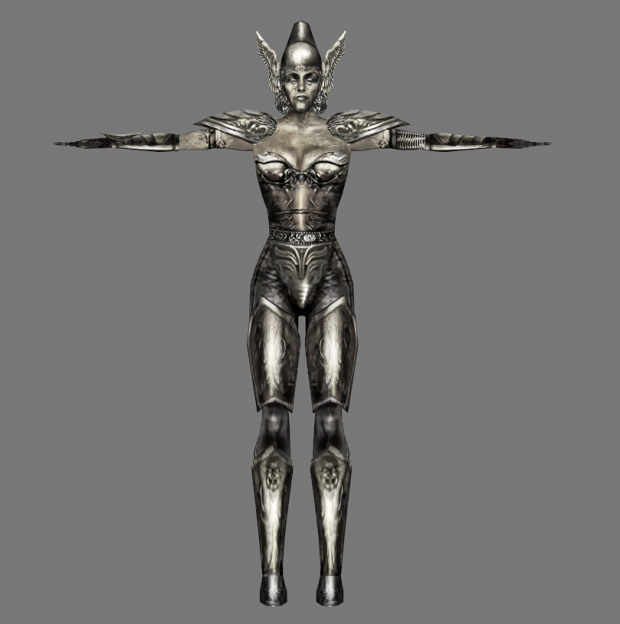 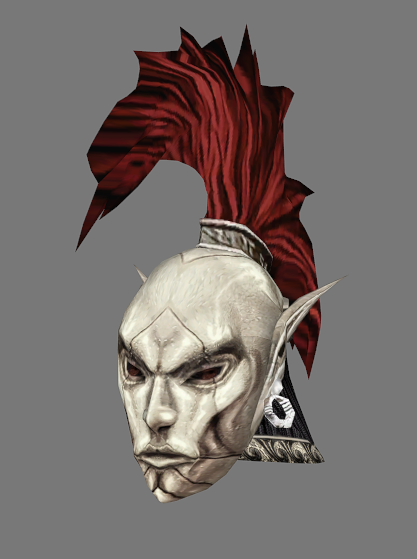 New Potion
* Potion of Champions (replaces the duplicate instance of Potion of Heroism inside the Hall of Wonders). 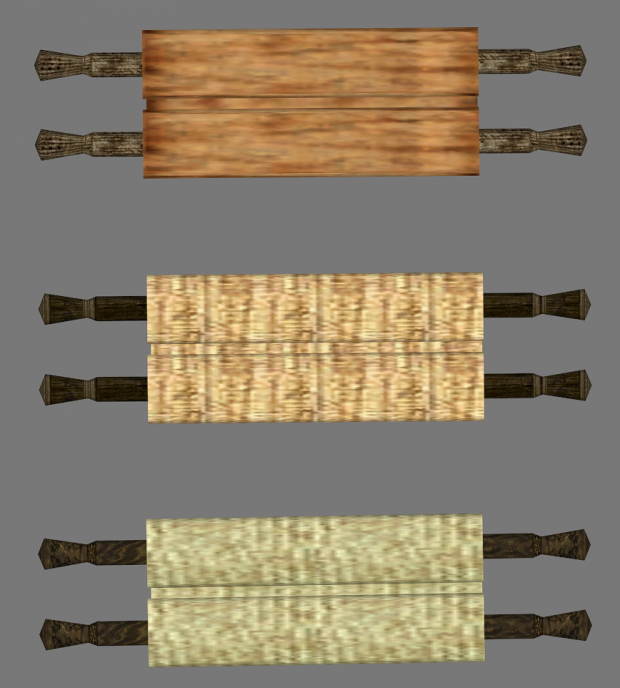 Blank scrolls now have unique textures based on their quality

Creatures
* Winged Twilight speed from 25 to 20.

Clothing
* New enchantment capacity for all rings and amulets: 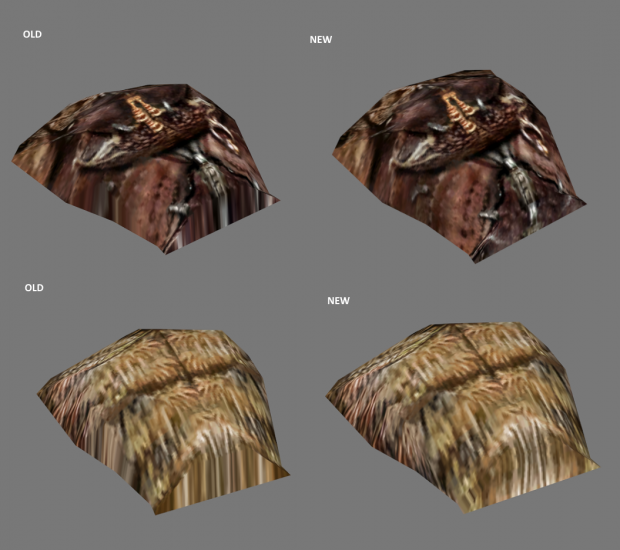 Some of the fixes included in this update 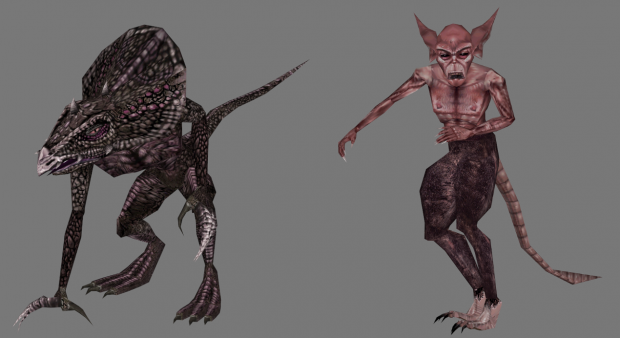 New unique textures for the Clannfear Runt and the Stunted Scamp 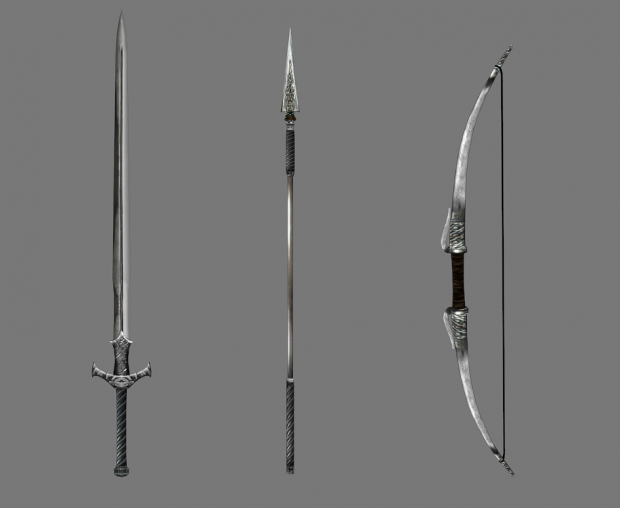 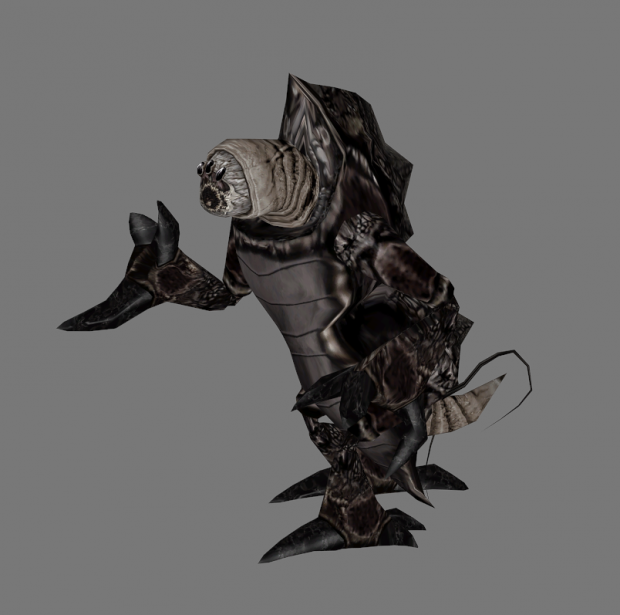 hooray, grats on the release

awesome! thanks for all your hard effort! love it!

Time to replay this awesome game, thank you!

I'm about to install this awesome mod. However, I would also like to install a few quest and dungeon mods. Are there mods of this type certified to be compatible with Morrowind Rebirth 5.4?

For example, will these mods work without conflicts:
- Sotha Sil Expanded;
- The NeverHalls and The Forgottenhalls
- Ancient Foes?

I will be grateful for your response.

The "Main Quest Overhaul" plugin gives you Caius' key but doesn't contain the modifications to his house.

Yes it's a tradeoff I had to do to solve the issue swiftly. I plan to remedy the issue in the next major update.

Thank you for your response. So the rest of MQO's features are functional otherwise ?

Yes, that should be the case.

this is utterly overwhelming - exactly how i like my mod updates! :O i'll play this as soon as i have time to do so without interruptions - so many changes deserve to be seen in game, not on screenshot! i love it so much when familiar places evolve over time. i understand not every change is a straight upgrade, but i like these nontheless. oh, and it's always nice to explore a new update with a new character, so seeing so many things moved and replaced isn't an issue at all.

thank you for all this effort, this is truly magical :)

Thank you very much for your kind words! I hope you enjoy what Rebirth has to offer, much joy.