introduction:
uragh! Comrades! Finally it ceased work on the mod. I do not know how you, but I got tired of these terrible monotonous weapons care inherited from the "Troika Games" (dudes of "Troika Games" if you're reading this, please excuse me). All weapons have new models, features, rather than to the visual and special effects.
The mod has all three shared the file so is compatible with the Companion mod and unofficial patch or any others. important to put it on top of all other modes. The mod is recommended to use with the Companion mod, and not recommended for beginners, it will be difficult in some situations.

Shotguns:
1) Mossberg 500a - Classic pump shotgun, a more powerful, more charges, but most of the variance ratio, is working on the area.
2) "Dragon's Breath" - 2-charge shotgun, shoots phosphoric shot, causing not absorb damage ignition for a short time, working the area.

Major bugs:
1) frag grenade on the some maps work unpredictable. More often than not, one grenade does not work, buy 2 or more (20). grenades for the m79 and fragmentation grenades are linked, buying one buys the other - first: because the game will not mach a lot of grenades, secondly: ammunition to all the weapons are not enough.
2) Grenade m79 - possible departures in graphically rich maps (example the battle with Ming-Zyao) all depends on the power of the computer.
3) When you hit from the Colt 1911 bullets stuck in the player, and the screen floats - that's OK.
4) when switching some of the sight of guns going long - that's OK.
5) mac10 and G36 Blinking with LOD level - in a game full of glitches you played and not arraignment, in short, I do not know how this fight.
6) Animation sometimes do not fit - so you ..., new animations do not add (if you know how - Write).
7)When does this by removing weapons it drops normally, but when you kill enemies often do not fall as expected.
8) A, what, as, any, I do not like these weapons - Listen, you already get, do not like - playing with the original weapons ...

Credits:
Lenusk@ - it's me (Email - Lenusya@sibmail.com)

World of Darkness has announced a new live show called New York By Night, inspired by VTMB's LA By Night radio show. Featuring alongside some other shows and panels that fans of the gothic vampire scene can consume, here's five more VTMB mods to remind you of the good times whilst you listen! 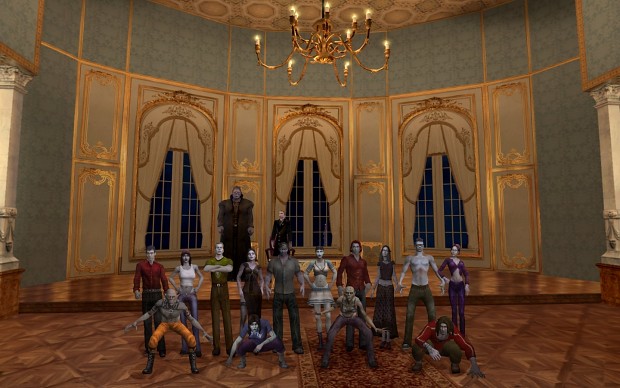 Bloodlines: Extreme takes a top-level approach to enhancing the entire game, bringing in more gameplay features alongside improved textures. The list of changes is immense, containing additions like extra info for items, more difficult enemies with changed disciplines, added NPCs that both contribute to combat and to the playing out of the main storyline, and improved aesthetics on many assets for a very overall revised experience in Bloodlines.

Stemming from the tabletop experience, VTMB's core strength is the variety of ways players can engage with the narrative and story, and how many ways they can choose to play their character. One of the ways this is executed is through clans, which affect your character's quirks and background. The tabletop, naturally, has many more clans to choose from - and so mods like this help make up the discrepancy with more clans sourced from the material that enhance your roleplaying experience. 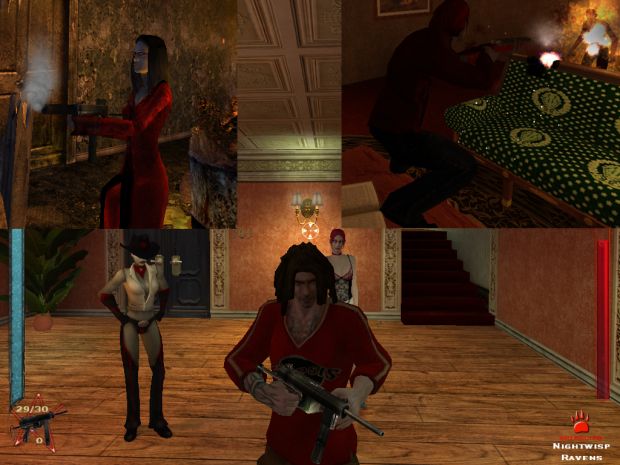 Though not specifically a combat-oriented game - with some mandatory bits, but with a heavier emphasis on roleplaying - VTMB's gunplay is notoriously a step below the melee side and the rushed narrative making this more and more important later on doesn't help. Just as well, then, that a competent arsenal mod vastly expanding the weaponry at the player's disposal has existed for many years. Gunfights are more bombastic and varied than before, making even the most egregious encounters from the base game much more fun. 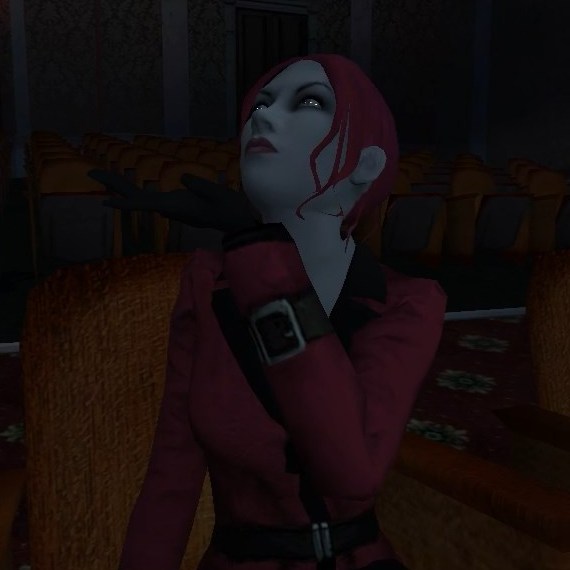 In the World of Darkness, it's not unusual for the undead to have vassals to help with their schemes, and whilst this has some limited representation in VTMB, actual combat allies are rare. With this mod, you can take characters throughout the game with you, and new characters are also introduced for you to befriend and take with you on your adventures, lending a much needed hand in difficult situations. 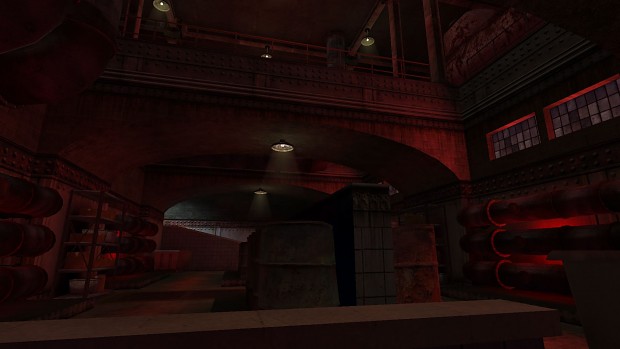 VTMB's ultimate conclusion remains unclear after all these years, ending on a series of rushed and confusing cliffhangers that fans have been interpreting over and over for years. It's daunting to try to tackle an addon to this already complicated story, but these modders took the prequel approach, tackling the events running up to the game instead. Seen through the eyes of a vampire hunter, you'll have a very different perspective on the events about to take place that setup VTMB's overall story.

World of Darkness is the umbrella term for the works derived from White Wolf's roleplaying series focused on gothic creatures like vampires and werewolves existing in a modern day world where they must keep their identities a secret whilst realising ambitions and surviving against their peers. For many, Vampire: The Masquerade: Bloodlines was their first introduction to the series, but the World of Darkness has always been multimedia to an extent, and now, a new live show - as well as other events like panels with the show's actors - has been announced. 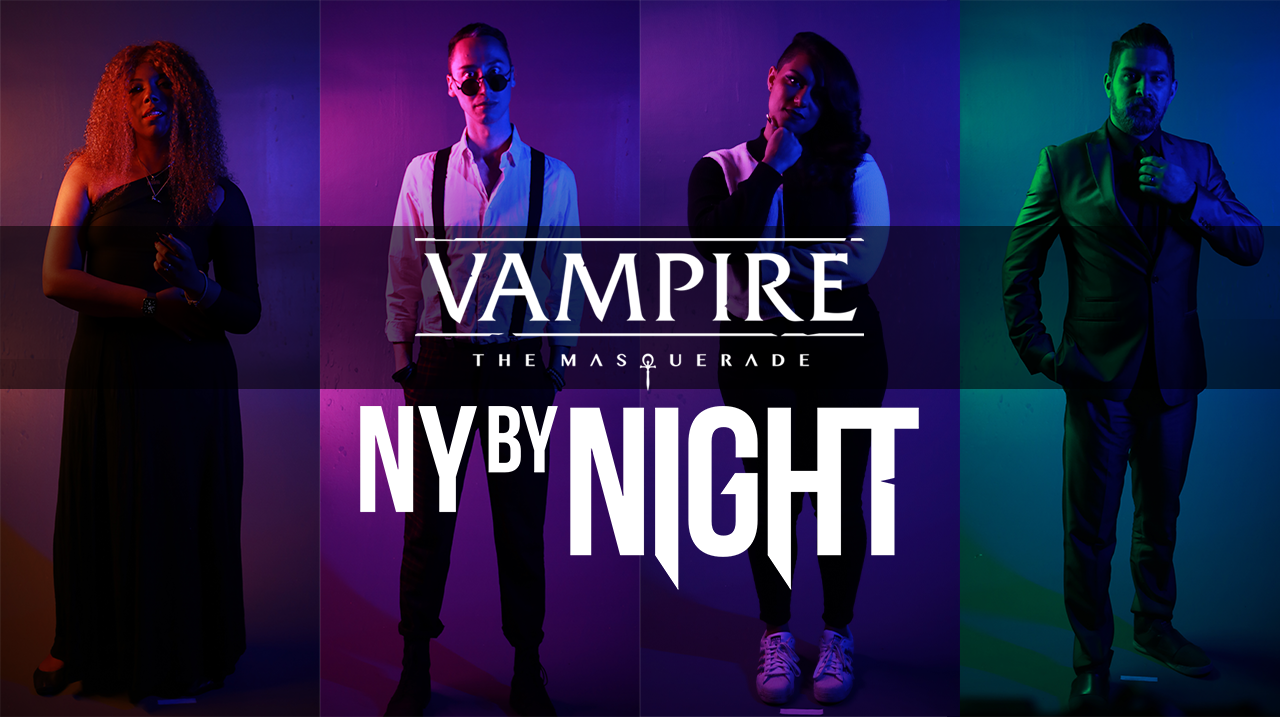 From Dusk Till New York

There's more where NY By Night came from, though, with a show also based in the Hunter: The Reckoning continuity, the community cosplay-oriented Vampire Vogue, and a news show that will cover further media from the series in gaming. All of this comes not long after the launch of World of Darkness: Unbound, which saw fangame creators given the opportunity to go commercial with their VTM ideas. In short? It's a good time to be a fan of the World of Darkness.

VTMB: Arsenal mod - completely changes the weapons in the game.

hunters explosive shotgun is wayy to op dude D: max fortitude n def they still gang up on me and 1 shot me

Does this have First person models too?

Why do I crash when I try to put some guns in containers?

If you really want the old weapons, then you can use the Console Impulse 101, but I don't see why you would want the old ones when the new ones are awesome.

awsome :) too bad nobody fixed the clumsy combat in the game, or added extra moves as you get better, that would be great :) will be so wonderful to play the game again with new mods, haven't played it for a long time and it's still amazing!

This mod very nice, but bad what no russian translate. Sorry my bad english).