This mod no longer works with the latest version of the game and is no longer supported. Use at your own risk!

Welcome to the V20 PEN & PAPER MOD, a collection of tweaks and additions designed to approximate the mechanical flavour of the VAMPIRE: THE MASQUERADE 20TH ANNIVERSARY EDITION tabletop rules within the framework offered by Bloodlines.

Due to the limited nature of the Bloodlines engine and how much of it is accessible to modders, this is not and never will be a 100% accurate translation of the V20 pen and paper rules. While an accurate translation of most basic mechanical elements such as feats, soak rules, frenzy rules etc. has been achieved, the Bloodlines engine simply does not have the capability of completely simulating the VAMPIRE tabletop experience. Where I've been unable to implement something exactly as written in the rulebooks, I've strived to at least maintain the "spirit" of the 20TH ANNIVERSARY EDITION to ensure that any additions to the game at least feel like they convey the flavour of the tabletop game. 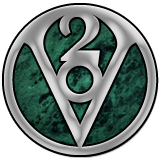 The V20 PEN & PAPER MOD contains a number of gameplay tweaks designed to approximate the flavour of the V20 tabletop game:

The V20 PEN & PAPER MOD requires any version of Bloodlines with Troika's official 1.2 update installed. GoG and Steam versions should come pre-patched. Retail versions may have to download the patch separately.

The V20 PEN & PAPER MOD incorporates version 9.8 of Wesp's Unofficial Patch. No other mods are required.

Mods such as CAMARILLA EDITION, FINAL NIGHTS or any other mods that contain overhauled gameplay, are not compatible. Some code from these mods has been included in V20. Credit goes to the original creators.

That looks pretty good to me, once i am done with the current playthrough, i'll have another go with this mod installed.
But since we are talking pen and paper, it would not feel right to go alone, any chance i can cram this miracle on top of a Companion mod?

is compatible with Clan ques 4.0?

Your mod seems to use vamputil.pyc from the /vampire directory, not from /v20. How did you manage that?
This causes the "no hands bug" to reappear and will most probably cause a lot more problems if the player cheats himself through the tutorial via console.

After a look into the fiels it seems you have taken some stuff from Camarilla Edition and The Final Nights. In that case modding ettiquette is that you give credit.