Here is a full list of the mod`s features:

Every additional skill point in Authority, Cunning and Zeal makes your general live longer, as every point decreases his chance of dying of natural causes. Your great generals will live very long, weak and unimportant ones will die as soon as in vanilla.

This effect goes up to -30 % at level 10 of each attribute, which means that in theory it could add up to -90 % chance of dying of natural causes. There are some exceptions, like Ybor, the Prophet of Godan, already starts with a decreased chance of dying so you really get to enjoy him.

I increased the effects of Authority, Zeal and Cunning. A high level general with a lot of points will be a beast in battle, his bodyguard will be superior to regular units and on par with the elites. You don`t have to fear to hear "Your general has fallen" after a minute of combat.

Some effects of the attributes are also changed in a way that depending on how you choose to specc your general, each will develop a unique feeling.

A zeal-specced general live for battle and will accumulate kills quickly, cunning generals know how to defend themselves and will save you money, generals with high authority should stay behind your lines to boost morale.

All the traits have been overhauled, rebalanced and improved. The traits a character now acquires through his life will strongly influence him.

I have overhauled every single skill tree, to increase their impact and to distinguish the different cultural groups (Easterners, Nomads, Barbarians, Celts and Romans) stronger from eachother. Each cultural group will feel more unique.

Generals are now even more important in battle

They have an enhanced aura which gives an morale boost proportional to your general's level. After level 5 your general will also give a small boost to melee defence and melee attack to troops close to him. (Level 5,6,7-> +1; Level 8,9,10-> +2)

It is now easier to level up your general during the first few levels, it gets harder later on. The later levels are more important because they give more skill points. So generals will need the exp from battles to become truly legendary.

The descriptions on the skill tree have also been changed to make them more immersive.

The army skill trees are also being reworked so that you get attached to your favorite army.

After over 400 nominations per category, the player's choice finalists have been selected, now its the time to vote for your favorites to send them to fame and glory. Voting is open to all, however if you have a ModDB account we have an extra bonus for voter's with a chance at getting your hands on one of hundreds of DLC codes for Total War: Attila and Total War: Rome II 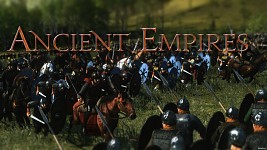 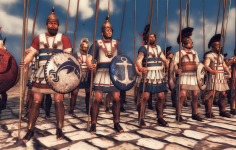 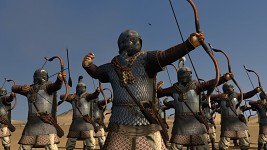 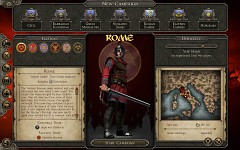 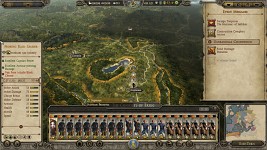 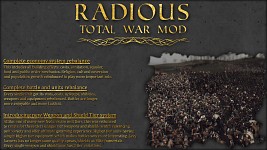 Players choice along with the Judges selection and the CA Legacy Award will be announced next week after voting ends. Good luck all!

Is there any non-steam link?

Agrez all in one Total War: Attila