Lazors is a fast paced, multiplayer laser tag mod. This mod will bring the amazing feel of laser tag to the Source engine, along with some new unique features. There will be many more weapons in Lazors compared to normal laser tag.

You will have a standard pistol by default, which has unlimited ammo, but has a fairly slow firing rate. At the beginning of the round, you will be able to buy primary weapons with points that you earn from shooting enemies out. There will be different game modes like: Deathmatch, Capture the Flag, Base Capture, plus more original game modes that will be announced when they are in development.

There are two teams: Blue and Gold. It will not be hard to identify your friends from your enemies, because each team has glowing armor that is their color. Some levels will have neon color walls and objects, while some will have a more gritty and dirty feeling. During the match, dance music will be played in the background, along with fog machines places around the map, and other obstacles.
Mod Members-
Dark Pivot- Mod Leader/Main Mapper
Xieneus- Co-Leader/Mapper
Killi101- Modeler
Maverik- Coder
z0diak- Sound Designer

We are currently affiliated with Codename: JMOD (R) and Treasure of Horrors. Pay them a visit at Moddb.com Moddb.com

(The banner is glitched at the moment, I will fix everything when I get the time.)

Now presenting, Lz_Infected. This is the first map created for the mod by our member Xieneus. He's been working hard on this map, and it's pretty cool. You play in a computer full of hackers and viruses. There are leaking binary holes that will devour you if you touch them. (There's also shiny neon lights!) It's only about 11% done at the moment, but that doesn't mean we can't have some W.I.P screenshots! 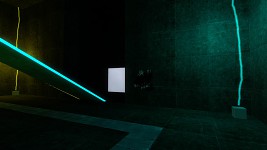 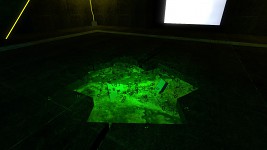 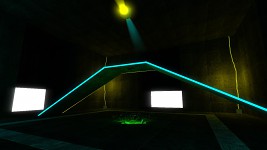 That's not all though. Introducing: Lz_Yard (Original name right?), the first outdoor addition to Lazors. It is basically just a small yard with a house in the middle made for laser tag, with some cool looking spotlights and nice tall fences. (Not as impressive as the first one...) 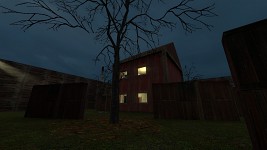 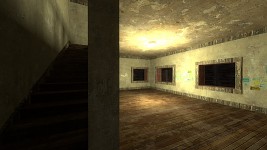 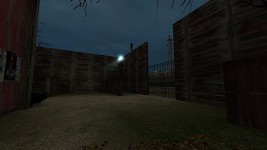 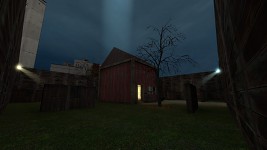 That's all for now, see you in the next update!

A small development update showing a cool model render and some screenshots from the newest map Lz_Steel.

I'm ungrounded and the mod is back into production.

Mod Put On Hold (NOT DEAD)

The mod has been put on hold for a while, but it WILL go back into production.

Hello, Dark Pivot here: Leader of Lazors. We are in need of a coder/programmer (not sure what the preferred term is) for weapons and other game mechanics...

This mod is officially on hold, along with Treasure of Horrors. This mod WILL be continued, but not for some time. I'm working on a different mod right now, and it will be my only project. It's a secret mod, and I won't let it die. This mod has been in planning for a long time, and I'm finally ready to get it in production.

Will the guns fire lasers like long straight beams or laser like the blasts from Star Wars?

Long straight beams. This game is basically just a virtual laser tag game, but with more weapons and crazier maps that couldn't be pulled off in real life (sometimes) :P.

Have you made the models for the characters yet? I suggest making multiple ones but to make it easier you could use the faces/heads of the citizens from Half Life 2.

Not yet, that's low on the priority list. We're using Day of Defeat: Source playermodels as placeholders.

I don't think it's completely necessary , but I think it would be good to make a female model as an option for players.

Yeah I think so too.