Kosovo Sunrise is addon based on Panzerkrieg game, with new modern approach and modern vehicles/objects/buildings. Addon takes place in 2012, with fictional storyline and events.

The way the encyclopedia is made allows you to browse hundreds of units with ease and precise. All units are listed in their respectable groups (example Soviet tanks, Allied artillery etc.).
This is an example how units shall be displayed inside the encyclopedia. All major informations and picture of the unit, closely rendered, will be at your disposal. Encyclopedia also takes air units.
This is an example how it would look like. 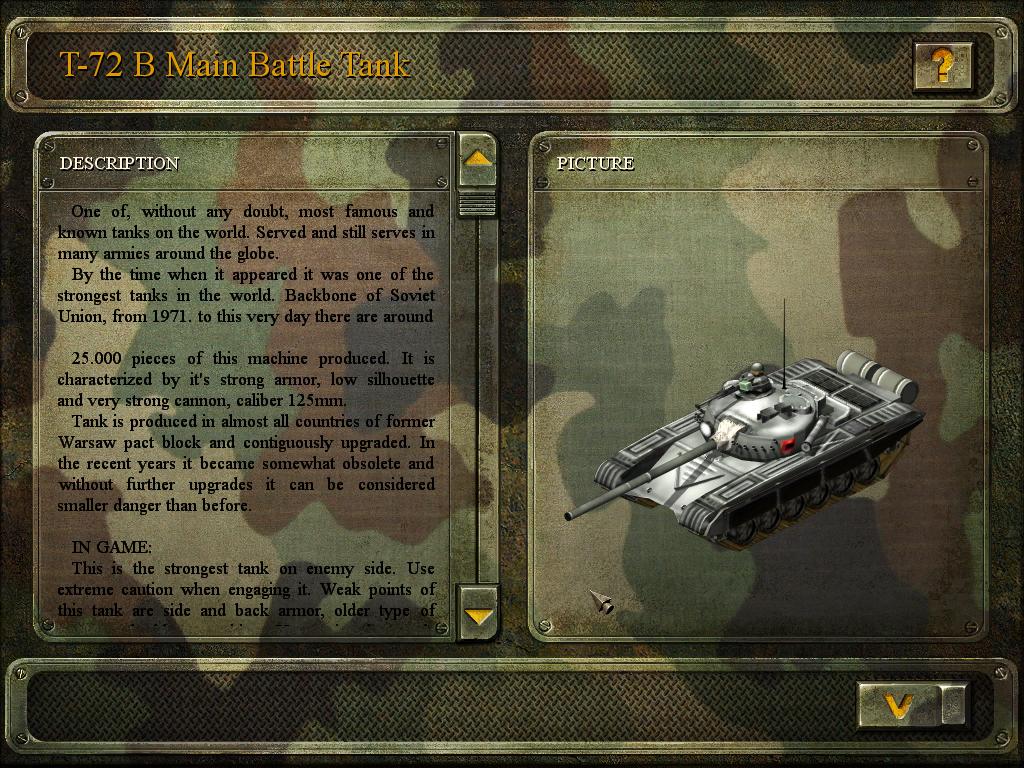 Kosovo Sunrise Demonstration has been released

Kosovo Sunrise demo has finally been released. It features a map, lot of new units and interesting scenario, especially designed to guide you through...

You have a lot of things to think about during the mission. One very important thing is: civilian presence. They will be present in many missions: as...

A completely new approach on Urban warfare with a lot of objects and models. Fight in the mud covered with craters or fight in the city, covered with...

Welcome to the city

The latest build (Sunrise) in one file !
Union.4bb.ru

So where i can get this mod? I really want to play this -_-

Any can help me?

ask to blitzserbja forum, it might be that it was released, they should know.

I guess the mod is dead..

Get the link download pls and send me an email (OndraMajtan@seznam.cz) thanks ....

Hey, guys, I got a question.

I know this is for the original Blitzkrieg, but I found nowhere else better to put this in.