Welcome to Khergit Hordes, a modification to Native Expansion mod, experience the Khergit Khanate in a different way, changing all factions into a Khergit like factions, making 6 Hordes.

The story line of the mod: 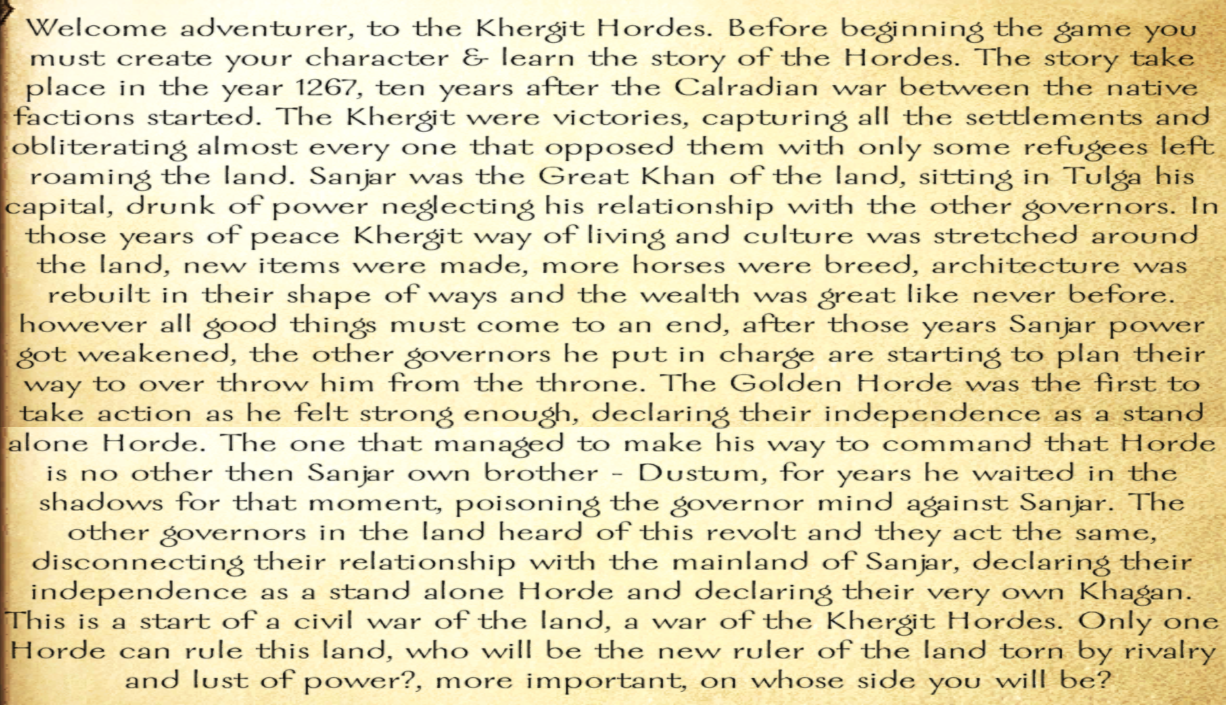 Khergit Hordes mod is using Native Expansion 0.623 mod as a base mod(fixed the siege tower bug), for features\info\ and download of the base mod : Nexusmods.com , some of the things from the base mod did got changed.

4.0 adding some new items but the most important part is the the balance and adjusting the troops, items and some extra script changes.

*This is the troop tree explained:

*The unique Horde troops\Horde power is their use of the fighting gear.

*Most if not all of the unit that use bows will have mace as secondary weapon.

*The various fighting gear the Horde Warrior use is spears, lances, one handed and javelins.

*Skirmishers will have faster horses than the warrior and nokud horses but less armored\durable.

*Each horde will have 2 troop trees, the normal tribesmen and the nobles, the nobles are elite above the nokud, you can recruit them from cities later in the game, but at the start you will get some of them by defeating enemies that have them as prisoners.

*GOLDEN HORDE, MASTERS OF THE SPEAR AND THE LANCE:

*The Nokud path lead to to troops with good experience in polearms.

*The Golden Horde nobles use the "Viper lance"

PURPLE HORDE, MASTERS OF THE BOW:

*The Purple Horde make use of the Fire Arrows, a rare strong item that make their armies over power the other skirmishers.

*The Nokud path lead to to troops with good experience in archery.

*The Nokud path lead to to troops with good experience in throwing.

BLUE HORDE, MASTERS OF THE AXE:

*The Nokud path lead to to troops with good experience in throwing and one-handed.

*The Nokud use axes and throwing axes.

RED HORDE, MASTERS OF THE SWORD:

*The Nokud path lead to to troops with good experience in one-handed and two-handed.

*The Nokud have mainly Two Handed weapons but also because of the hard territory and mountains(they in the Rhodoks domain) they will be on foot, leaving their horses at the stables and reduce their use.

*The Nokud Path lead to foot archers that their melee weapon is bardiche.

*The Calradian Union is an uprising force that manage to gather and raise a huge army from the refugees in Calradia that aim to fight back and retake their home land from the hordes, the union lead by King Harlaus, managed to escape the Khergit wrath, for 10 years he hide and swore he will take back his lands and drive those steppe riders out of Calradia for good, he gather forces from all the former native factions that use to be before the Khergit won, his union will include Swadian, Rhodokin, Nordic, And Vaegir warriors, the Sarranids that stay alive after the war got caught in a sandstorm, only small groups left roaming the desert and a large refuge camp some where near their former capital, the uprising of the union will appear after 8 months in game time, you can disable it if you wish and they will not appear(replacement to the Dark Knights).

*The 4.0 version will have each horde more colored units\armors&helms according the horde color. 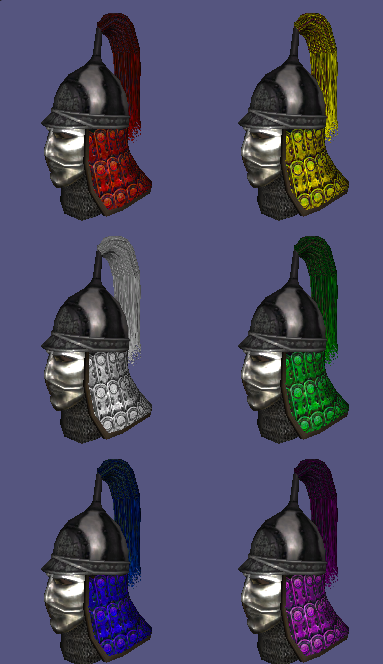 *Known bug is the death cam in a siege, its unmovable and you cant leave before the battle is over(if any one know how to fix msg me), on the open battlefield the death cam is free.

*Most of the Town Centers are custom made, but the siege scene are not edited to have Khergit look, if some one want and can cover this and edit those scenes to have more Khergit feel he is welcome.

*Bug fix for getting spammed with small xp gains- Moddb.com

*Khergit custom made Town Centers thanks to John25-

*Music and general help from shotya

*Troops and items balance and general help from Arazeth 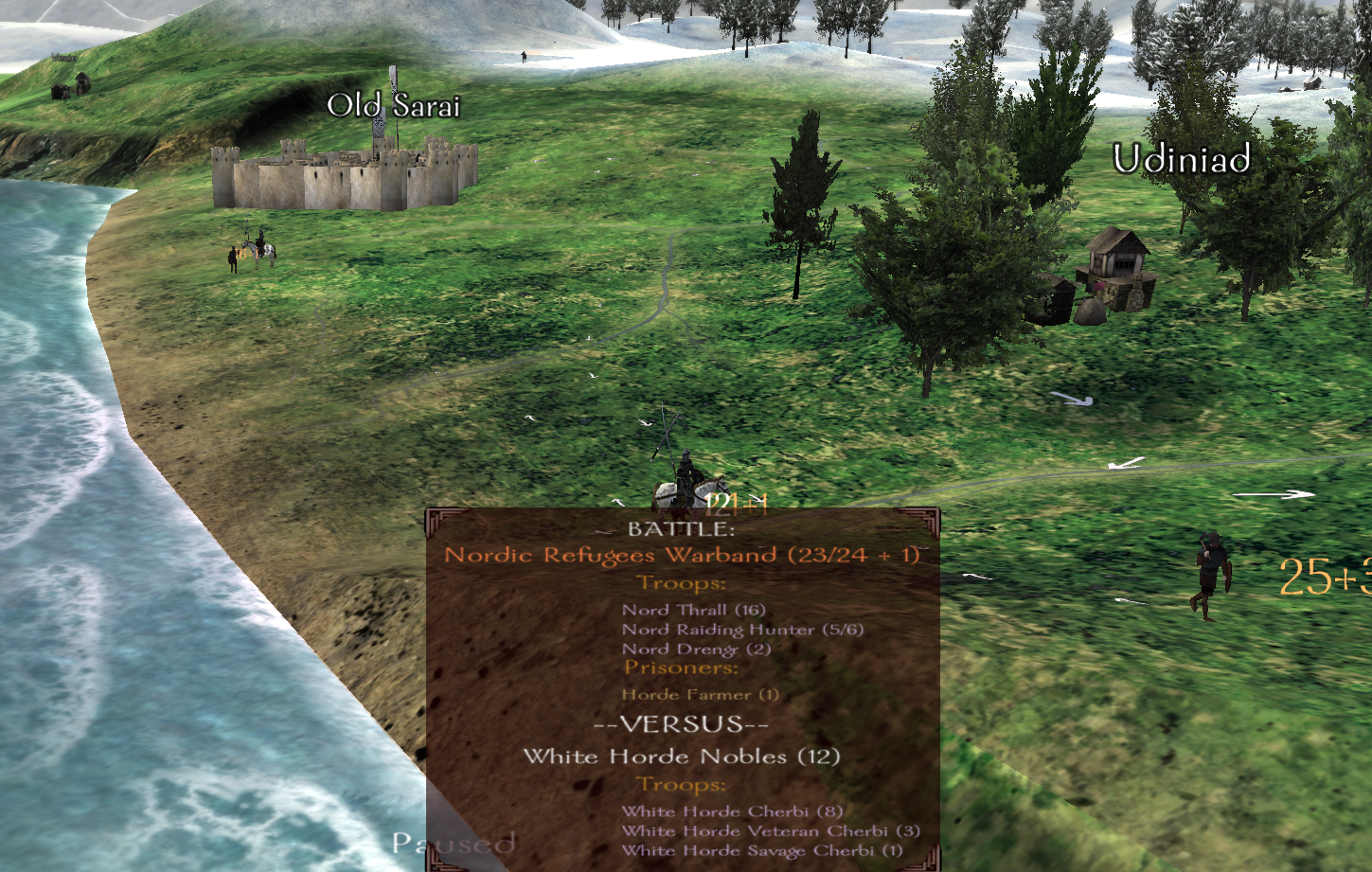 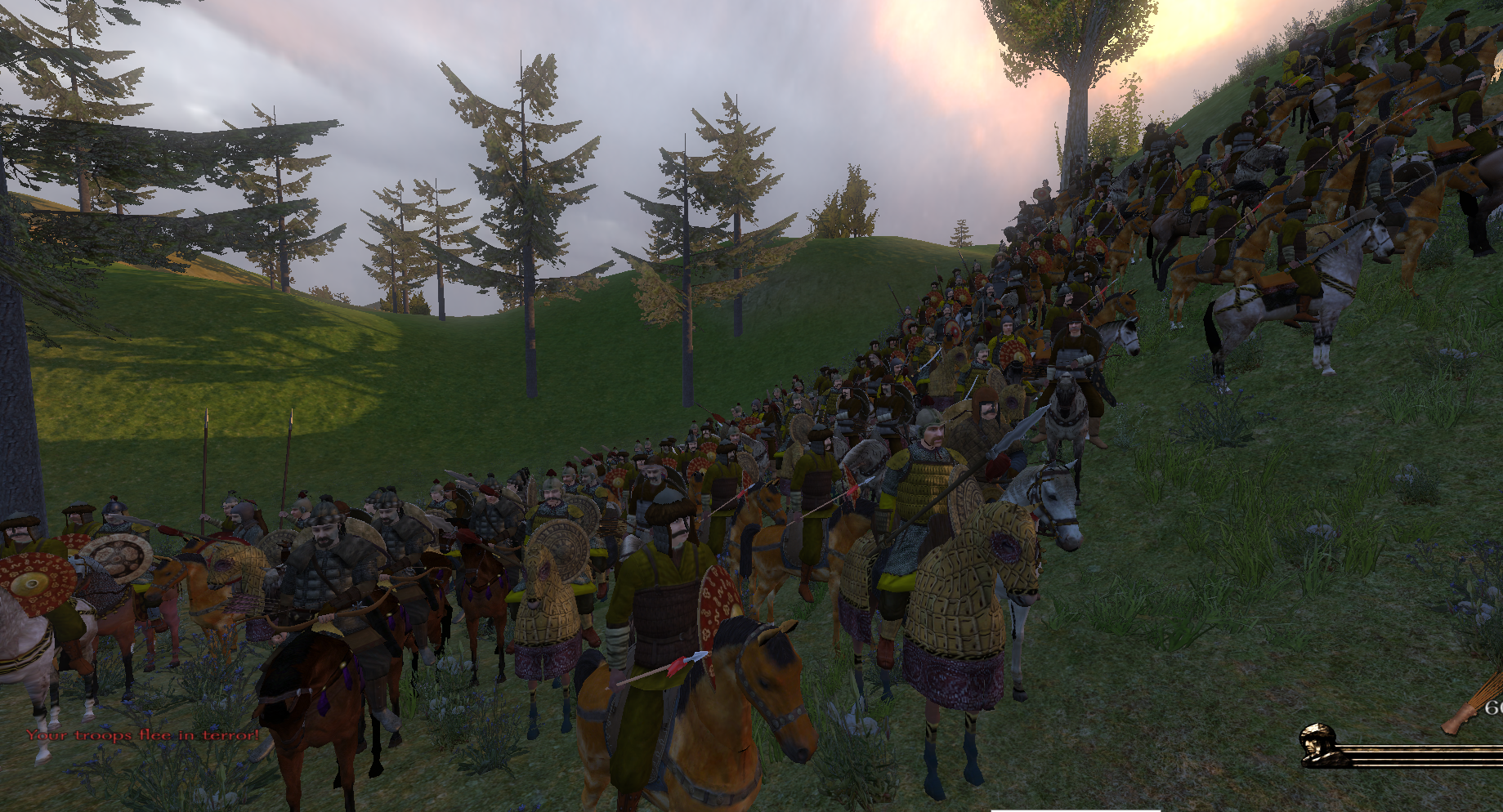 Info about the early release, release date and more.

I got some free time to give you extra info (hopefully it will cover all you need to know).

Khergit Hordes (4.0) experience bug FIXED! in 4.0 there is this bug where you gain little amount of experience in a row non stop, so download this and...

New updated version, many things fixed+balanced and added, enjoy ! (still not perfect, may updated in the future)

Khergit Hordes(early release 2.0)- Better version from the last one! include more improvements, still not final work but i hope you will enjoy from what...

this should fix 4 things: 1)the red script line messages that appear when you enter a town\village center or talk to the guild master. 2)The town center...

A quick\small re-balance for bows and arrows, making them a little stronger.

Hello! I've been playing this mod for a little while now, and it is a lot of fun (Khergits have always been my favorite faction from Calradia, so more of them is great). I like the ideas implemented, the troop trees and whatnot (I haven't gotten to the invasion thing just yet).

There are a few things I'd like to see in the mod and some little issues:
Issues:
-The purple horde's mangudai (you play aoe2, don't you) can upgrade into savage mangudai and different savage mangudai (I think one of them is supposed to be veteran instead)
-The blocked camera issue that you have talked about in the desc of the mod

Requests:
-freelancer; I'd love to be able to join a khan's army and fight as a warrior for them
-more differently colored armor (so players can make their kingdom with a differently-colored army) (this is probably way to hard to do, but just a random idea)
-new hordes, maybe? (I've thought of a camel horde, a blunt weapons horde and a 'Hun' horde (if you have played aoe2, I'm thinking of those torches the tarkans use))

Nevertheless, the mod is a lot of fun and I definitely recommend it to anyone who likes cavalry and horse archery.

Oh yeah, I was logged off. I'm putting this here so I can see any comments on this :D

Awesome mod, and with the high bandit spawn option, things becomes really hectic and glorious. Maybe you should try and make a Sarranid controlled Calradia mod. I'm sure it will be just as awesome, with more Deus Vult that you can possibly bear.

With a Crusaders like Crusade as the "dark knights invasion" feature, its possible to have this idea over all the native faction, to set the mod after Calradia taken over by 1 faction and then got broken into a new chaos\wars, if i had time i would with full love all of them, but real life things really hold me down(sadly), so maybe other modders can do the same

So after I started a tournament in one of the white horde cities, I didnt spawn in the arena but somewhere away from the whole town it happened in every round.
If you could please look into that,thank you.

Sure i will see what i can do, when i will find a fix i will upload a micro patch(will be soon) thanks for the report!

very good mod with the background and everything, would be nice to have a overhead spear animation tho and normal Haftedblades not two handed, that almost made me cry

no problem i will see about the Haftedblades, yes the overhead spear animation will be in the next release(4.0)

Hello I´ve been fighing near Alburq castle and on the field I´ve found some floatin pieces of buildings.

Haha yeah i checked and saw it now, i will fix it for the next update, thanks for the report :)