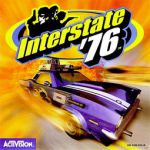 Interstate Nitro is a Modification which brings Mulitplayer Car-Combat Action into Battlefield 2. The goal is to create a remake of Activision's Interstate 76 in a modern engine with all it's benefits.

The early 1970s.
A president resigns, the U.S. is defeated in a large-scale war and the economy begins to crumble.
As the Country slides into a deep depression, crime levels rise to unprecedented heights.
Villains take to their cars.
As America is seized by disorder and chaos, law enforcement becomes ineffective and even corrupt.
But a new breed of law is emerging...

Vilgilantes and Creepers fight each other with modded muscle and pony cars.
The modifications include Armor, NOS, Machine Guns, Cannons, Mortars, Rocket Launchers Flame Throwers,...
All the vehicles are detailed models of real world cars. However their brand names were altered in a funny way.
There are three gamemodes planned for the Mod:

Interstate Nitro is back 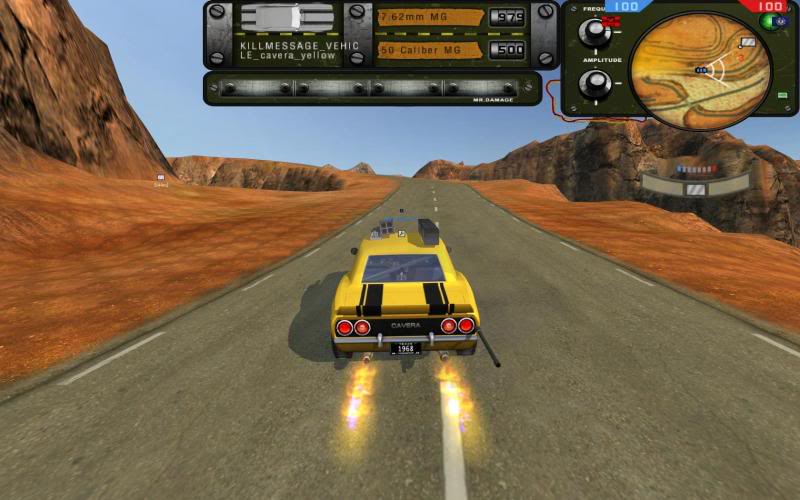 After many years, Interstate Nitro is back and we will be releasing the mod in one state or another. While we aren't sure how much we'll be able to get done with 1 or 2 people, we will release the mod, as it is mostly done. Stay tuned for more details and a link to the new website and forums.

Our march news featuring map updates and a new vehicle.

Interstate Nitro is back with another update on our mods progress. New: Frontpage, Test Sessions & Gadget, Mod Content

Hello, this is Phatty2x4. Co-leader of the Interstate Nitro mod team for Battlefield 2. We've been pretty busy the past few months getting alot of things...

The Beta is still out there.
Bf-games.net
This mod has a very unique and interesting concept.

I was able to get a hold of the other leader and he still has the files. We're in the process of coming up with a plan and getting something released. I'll update this page when I get more concrete info. We'll also be putting up a website, as we don't have access to the old domain. Stay tuned.

Is this mod still under development? It looks amazing. I have been waiting for years.

Well, I was able to contact the other leader and get all the files. So I will be working on getting something released. As for a time table, I'm not sure. I'll update this page when I get more info.

Unfortunately no. I would like to revive it at some point. For the time being, you can follow my game at www.facebook.com/interstate66

This looks awesome! Still waiting for a release or word.
I would've called this super dead, except the forums on the website is still alive, and the most recent post was twenty-one days ago.

Yeah the mod is dead unfortunately... Too bad we never made a public release. The content we had was a lot of fun already. :)
But I've seen a few mod revives in the past 2 years so let's see what the future brings. :)

Do it! I would love to see this revived!

Man, I remember beta testing this for you guys. I remember how I was always pushing so hard to get a Delorean in the game haha.