Eve of Destruction is a free modification of the popular Battlefield BF-2 game by DICE/EA, based on the Vietnam war.

No other military conflict is comparable to those dramatic years of the 20th century. Most rumors spread about the Indochaina and Vietnam War are not honest, even though it was the best documented war in history. No other military conflict was ever so controversial, pointing to an unloved fact: our enemy was not the only source of evil, the evil could be found within ourselves. The "Eve Of Destruction" mod is a tribute to the U.S. , ARVN and Vietcong/NVA soldiers who fought and died in Vietnam, and also to the Vietnamese people.

Thats right folks, the release date we gave yesterday was no joke, and you don't even need to be on our mailing list to get it!

So barring any last minute hitches, the mod will be released to the public on Friday.

This isn't a half mod, where you have some reskinned weapons the same old bf2 soldiers and vehicles, this is the real deal. All new weapons, all new soldiers, all new vehicles and all new maps. This is a full on total modification.
We also have a completely new Soundtrack for all loading screens! There are somewhere around 30 new tracks Performed recorded and edited by Taichi! All of these songs are geared towards the Vietnam era Music Genre and do a very good job of setting up atmosphere. 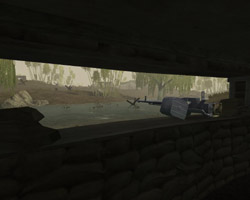 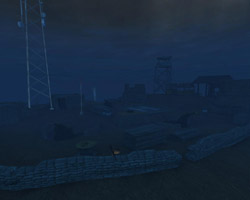 To Finish the expectations up please take into consideration that our mod team works with one concept in mind and that is GAMEPLAY. If you dont like our not so uber grafix or our lack of animations for most of the weapons, too bad! We mod solely for the gamer, as gameplay as our #1 objective at all times.

The exact time of release will be decided and posted later in the week.

We hope you are as excited as we are to get back to tearing up the jungles of South East Asia!

And Lastly I would like to give a Super Special Thanks out to Trahn Lee Liao from the rest of the team! He has done a huge amount of all of the coding, and game tweaking to make the EoD experience a whole new one. He has also spent numerous hours debugging and compiling builds for our testers to play with. Thanks a heap Trahn! Without you there would be no EoD!

We shall see you Friday!

Once again we have no Daily Advisor, but mostly because this map speaks for itself. Following the last week's showing of CloseFire, I'd like...

Once again we have no Daily Advisor, but mostly because this map speaks for itself. Following the last week's showing of Stream, I'd like to...

Though there is no Daily Advisor this week, we still have some very important information to share with everyone, and a very special map. This map is...

Another week, another Daily Advisor to inform all of our fans. This week's advisor focuses on the smaller things troops use in the field, which are...

Download the file. Save it to a known location upon your computer. Once downloaded. Navigate to your BF2 Mod Folder, specifically, your EoD Mod folder...

With all new versions of Eve of Destruction, please be sure to remove any earlier versions of the mod builds before installation of a newer version. In...

Lacking content, also some maps are reskins and others do not load

This mod is unfinished :(

Planes fly likes dog **** in this mod, shame friendly AI is about as useful as Anne Franks drum kit

Well which directory do i install the levels.exe to?

The mod give me crash to deskstop with Airbase and Overrun the Begining maps... How can i fix it? (sorry my bad english)

Game works but some maps don't and gives me CTD (crash to desktop).

I've downloaded and installed the three files that Bucky38 recommended but the game still does not load. I've noticed that after I've run the setup for them there are still files in the objects folder and the levels folder that are still in .zip files. Is anyone else having this problem?

Hello, I have a problem with the mod it seems that whenever I start a map in Singleplayer or Multiplayer (co-op) it always crash to desktop. I followed Bucky38's solution but sadly did not work for me. So any advice/help would be appreciated. Thank You and Happy New Year!

Very well done Man! I love the level of difficulty that it has, it is a mod that is worth playing in Coop.

Everything is just like Vietnam! Although some maps crash when ever I try to play them.