This mod took over 2 years to make, contains new weapons, monsters, textures, sounds and code, making it the largest SPHL mod ever. Set in the Vietnam War, your mission is to assassinate one renegade colonel by the name of Kurtz, "with extreme prejudice". Unfortunately the only way to get to him is by wading through armies of Viet Cong and hostile US troops, not to mention hordes of the undead roaming the earth and feasting upon the flesh of the living. It's just you, Barney and your chainsaw against the world. "Think "Apocalypse Now" after Coppola is kidnapped by Rastafarian drug lords and given the full treatment. As the mod progresses, things aren't as one-dimensional as they seemed when you first accepted this mission... there's something fishy going on here, and you don't think it's the Nuoc Mâm. Rating? Five out of five." - Silver Sorrow, hangar16.com

A patch that adds a new menu with music and a new icon for steam gamelist. 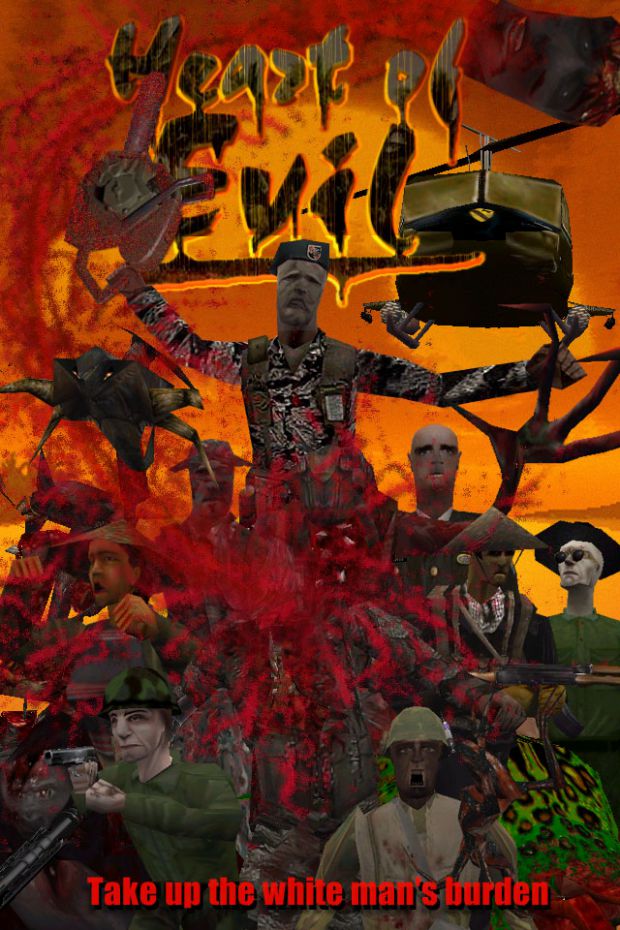 What's up with the wording on this picture?