In a world where HD and UHD packs for a 1998 game no longer make the cut, sprouts a small seed of hope. Half-Life: R will replace all viewmodels with updated versions, based (conceptually) on the default SD- and HD-content, including sounds and animations on a new arm rig. Because I can. It'll be hella rad.

Which is kind of a big deal, since I'm a nazi when it comes to quality control. The Glock (9mmhandgun) model is fully completed. The model is how I want it to be, the textures are edited, sounds are matched, and the compile is fully finished. Biggest differences are the addition of a threaded barrel (well, the cap at least), a new rear sight, and edited/mixed and matched textures. Lastly, I edited the model to play nice with Half-Life's rather extreme FOV. 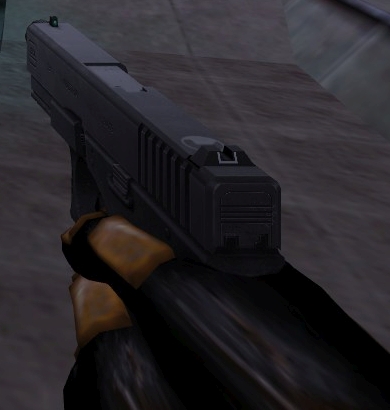 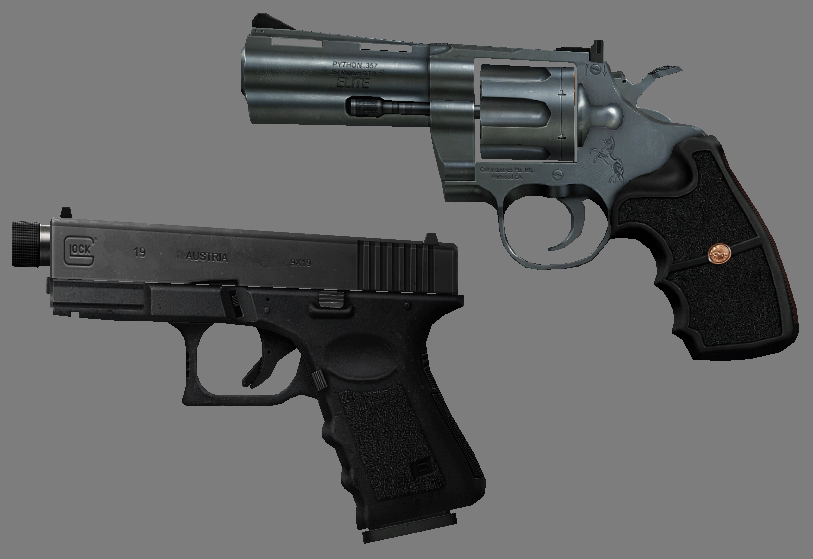 Another pic before the FOV fix can be found here: Moddb.com

After updating the Glock I went over the Colt Python. The original texture was a single 1024x1024 diffuse sheet, simply scaled down to a 512x512 one. It looks fine in-game, but I've decided to split the textures into 2x512 textures anyway, pretty much doubling the resolution. 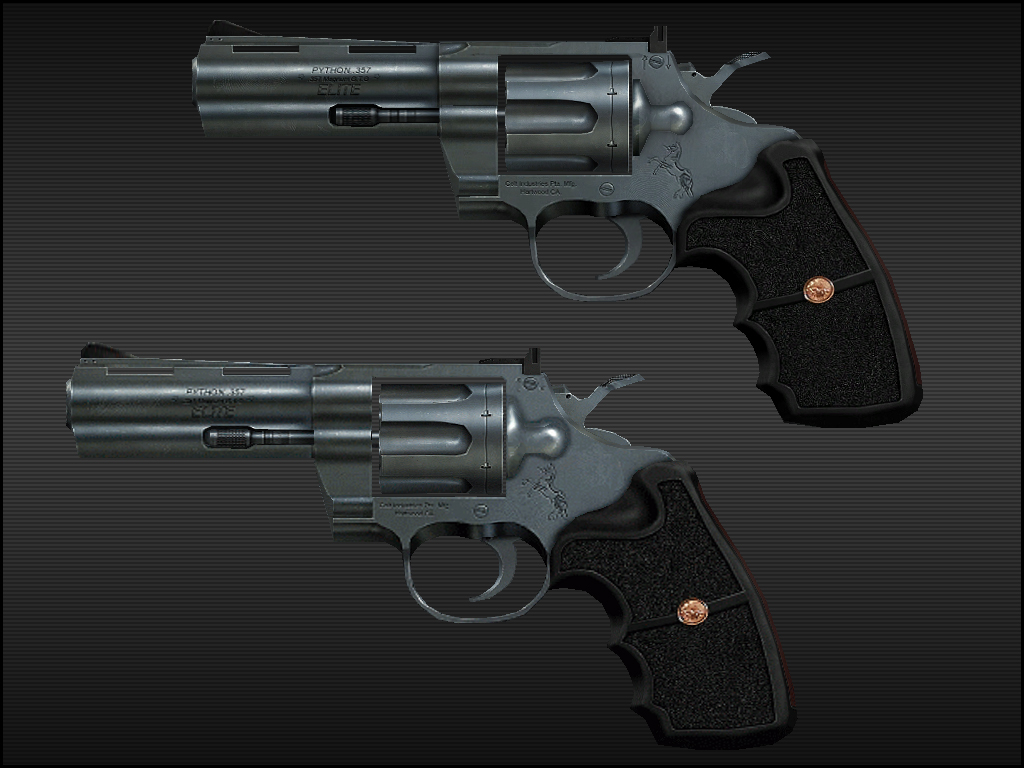 The one in the bottom is the older version, note the grip, text and logo engraving. The chrome effect stood out to me when playing Half-Life pretty much when it first came out, and I wanted to add a similar effect to the replacement I'm working on. Unfortunately, the way HLMV renders chrome isn't the exact same way Goldsrc does it, so the time I spent tweaking the chrome texture was pretty much for nothing, and restarting the entire game every time I want to try a chrome texture is too much of a pain in the ass. Luckily I somehow got something decent looking by using an edited version of the default chrome texture. 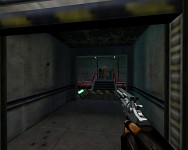 It will still need some editing, but it's a decent start. The effect bumps up the triangle count by quite a bit, but then again it's 2015.

To close it all off, also did some work on a new crossbow model. The default one is meh, the BMS one is pretty terrible (at least for Goldsrc), so decided to hack together my own version. It started out as the compound crossbow from Killing Floor (Tripwire Interactive is cool with content porting), but at this point only the flexing blades and wires are what's left of it. 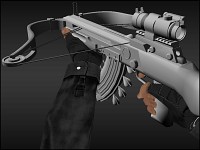 Stuff and things have been going on. Get the inside scoop right here!

Just kidding, we're just getting started. HEV hands are done, so there's that.

Half-Life: R? What? Find out what's going on with one simple click. What comes next will blow your mind!

honestly these weapons are well made !!!! is what I can see. You textured them well, they look like those of the half life lost mod and it's like a remastering of the MTB weapons for the mp5 or maybe it was also inspired I saw this post in half life recreations well I hope you're good and share your work I'm a big fan of half life and every time I enter this post I say if I can use these weapons
greetings from Peru

Is this still going?

Is this still being worked on? Hope it is.