This is a simple game of tag! One player is "it" the others are "runners". The player that is "it" must catch and tag a "runner". Runners and the player that is IT leave trails while moving, Runners can go invisible by crouching, but leave a small dust trace while they sit, moving in stealth can be tracked by a trace, so be careful how and when you move! The runners have a "prod stick" to hit the IT person, it doesn't do much, but its fun to annoy them and get away with it! I hope you enjoy the mod and please leave feedback and comments :D

It’s been 2 weeks already since I had the time to sit down and write something, time really does move fast when your doing something you like doing. And with that I will start this news update off.

The development team
Although we haven’t had any new designers join, we did get a few beta testers to tag along and help us test the new updates. The new testers i will introduce this time around are all players
Damatman, Nipzor^ and one of the jailbreak developers, Wills

Coding
As i mentioned in the news post 2 weeks ago we started work on adding new game-modes to the game. The first i will introduce is a small but quite evil spin-off of the regular tag, which also fixes a griefing problem the “it” could impose on the server
In this, as of yet, unnamed mode the “it” will carry a bomb which detonates after 1 minute. When it detonates the “it” loses points and a random “runner” will be picked to replace him.

The other mode will be “Last Man Standing”
In this mode the “it” never becomes a “runner” and the last “runner” alive wins the round.

Power-ups:
We got 2 power-ups working at the moment, both of which are pretty straight forward.
Speed bonus, this one gives you a pretty big speed boost for a limited time
Trail removal, this one well removes the trail from the person that picks it up, making him or her harder to track

Mapping
As anyone can expect I haven’t been doing nothing and well progress really is showing that. And with that I will introduce our newest map: HLT_Space. This map is situated in a spaceship somewhere out there, this is also our first map that is pretty much completly in custom textures and the first that is using jailbreak textures and models. It also the most complicated map for hl2tag out there so far layout-wise, giving people a real chance to hide. Its split up in 3 area’s of which i will only showcase one for this update: the bridge/command area 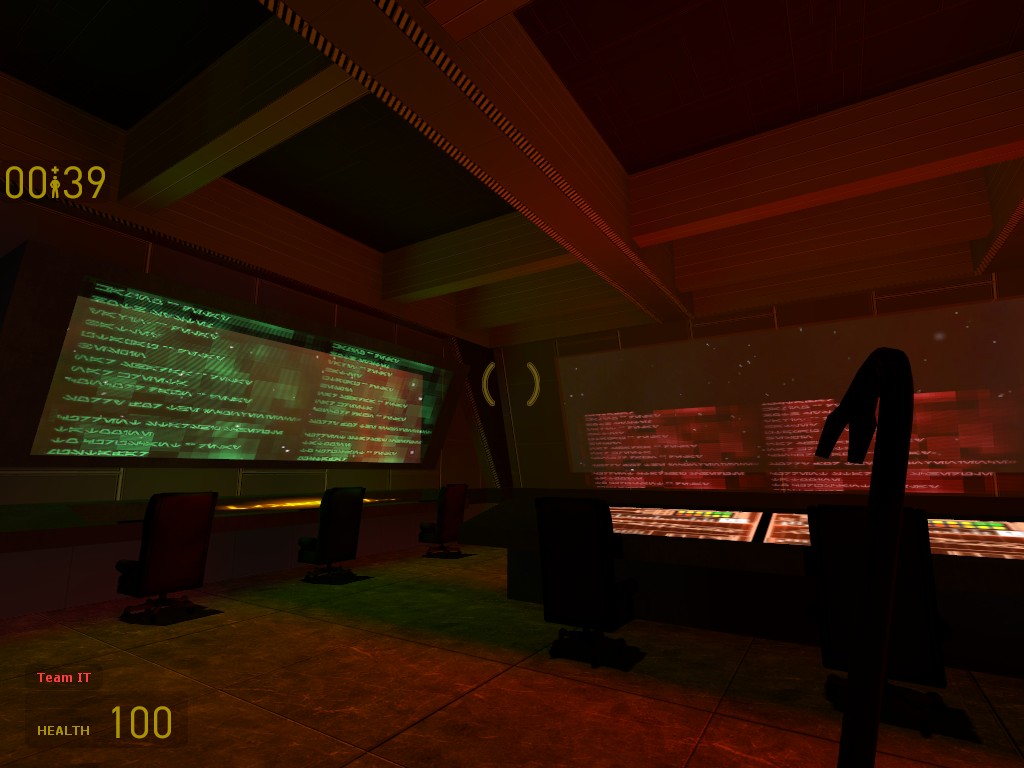 I also made some pretty nice improvements to field as shown here:


(the before shots can be found in the gallery)

Recruitment
Even though progress has been nice the last month we are looking to welcome a few new people into our midst, this mostly has to do with 0.3. If everything goes to plan 0.3 will mean a complete change in artwork from realistic hl2/jailbreak textures to a more drawn style which tf2 and pvk2 are known for. We are planning to do this because we feel this will fit more into the whole tag feel were trying to accomplish

To successfully accomplish this we are recruiting the following artists, if you can show previous work or you are able to do a small request to show your abilities that would be great
- Mapper
- Texture artist or two
- Modeller, it would be great if you have any experience with player models too, as we will be replacing them as soon as we can.
- Animator

There is a small note though, all work you will do will become open source as described by the 2nd paragraph in the news post. I hope this wont create any real problems if you are considering to apply
another thing to remember, we do this for fun and to learn new stuff and as such we wont be going after a proffesional style mod, but more of a fun good looking mod

Future
In the next newspost I should hopefully be able to disclose details on FreshyFresh’s map and get a changelog for 0.2 up

It has been a busy month for everyone, version 0.1 got released exactly 1 month ago and to celebrate that we got some news for everyone, the news includes...

After a rough start I went back and 99% sure I fixed the server issues and create a dedicated server package!

This is a simple game of tag! One player is "it" the others are "runners". The player that is "it" must catch and tag a "runner". Runners and the player...

This is the Dedicated Server files for Half Life 2 Tag! I hope to get some servers going soon and I hope you all enjoy my mod! Please post any bugs/suggestions/comments...

The fixed version of my mods first beta, now you can have servers :O hurray!!

It isn't dead, but it's on a low gasfire; Burninwater is very busy in real life now, aswell am I and well.... because of that we can't put our feet behind deathrainer enough. But have no worries yet, **** will get moving again. So keep watching!

i'll keep an eye on you guys.

Hey deathrainer nice mods! I play this one with my freinds its awsome though it needs some custom weapon models and what not.

it looks like fun, but needs some servers up and playing. Another thing, does teh dedicated server not work? I extracted it to my dedicated server directory in steamapps but it says that its running an older client than what I have.

This is awesome. Definately a must for my next lan party. Ive been looking for this kind of mod for ages! Thank you burninwater, for bringing childhood memories into the source engine. :)

are there any permanent servers up yet?

i am afraid not, however, we are hoping we get some permanent servers up with the 0.2 release. Atleast i will be looking around for a few of them than

As i cant edit the previous post anymore, the 3rd newspost is awaiting approval and should be here soon :)

Multiplayer
Tags
Embed Buttons
Link to Half Life 2 Tag by selecting a button and using the embed code provided more...