It’s been a while since our last update, but this mod is still being worked on. Progress hasn’t been ideal due to work and school, but we’ve made quite a few improvements and changes since January.

In case you don't want to read this whole thing, we made a short video showcasing most of the updates:

Our next milestone is the Ravenholm chapter, and so far it’s almost fully playable. All that needs to be done are certain NPCs, puzzles, and of course, the gravity gun, which we have plans for.

However, many puzzles and sequences are working using basic goldsrc logic, including razorblade traps, the electric fence, and most of Grigori’s speeches. 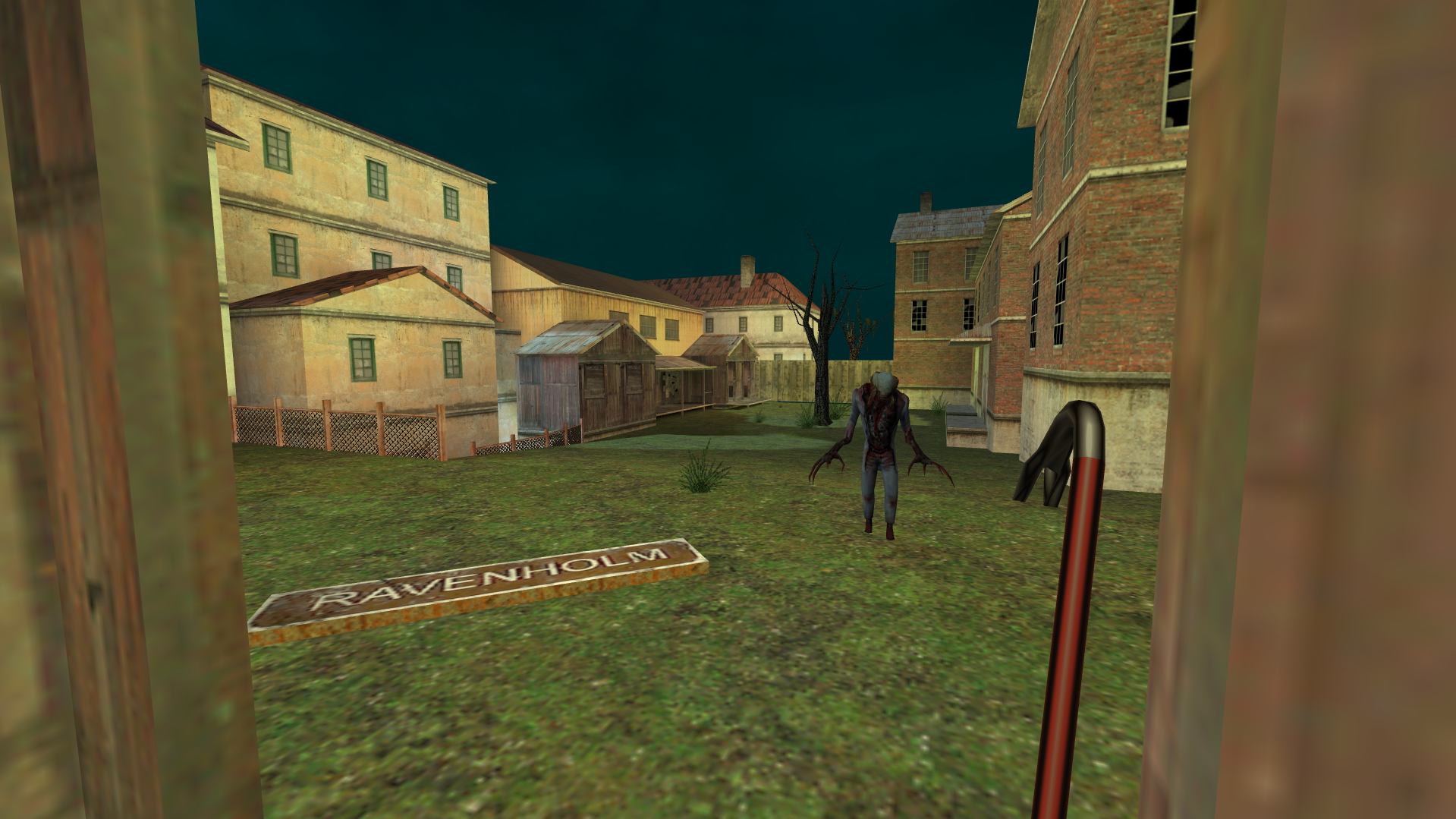 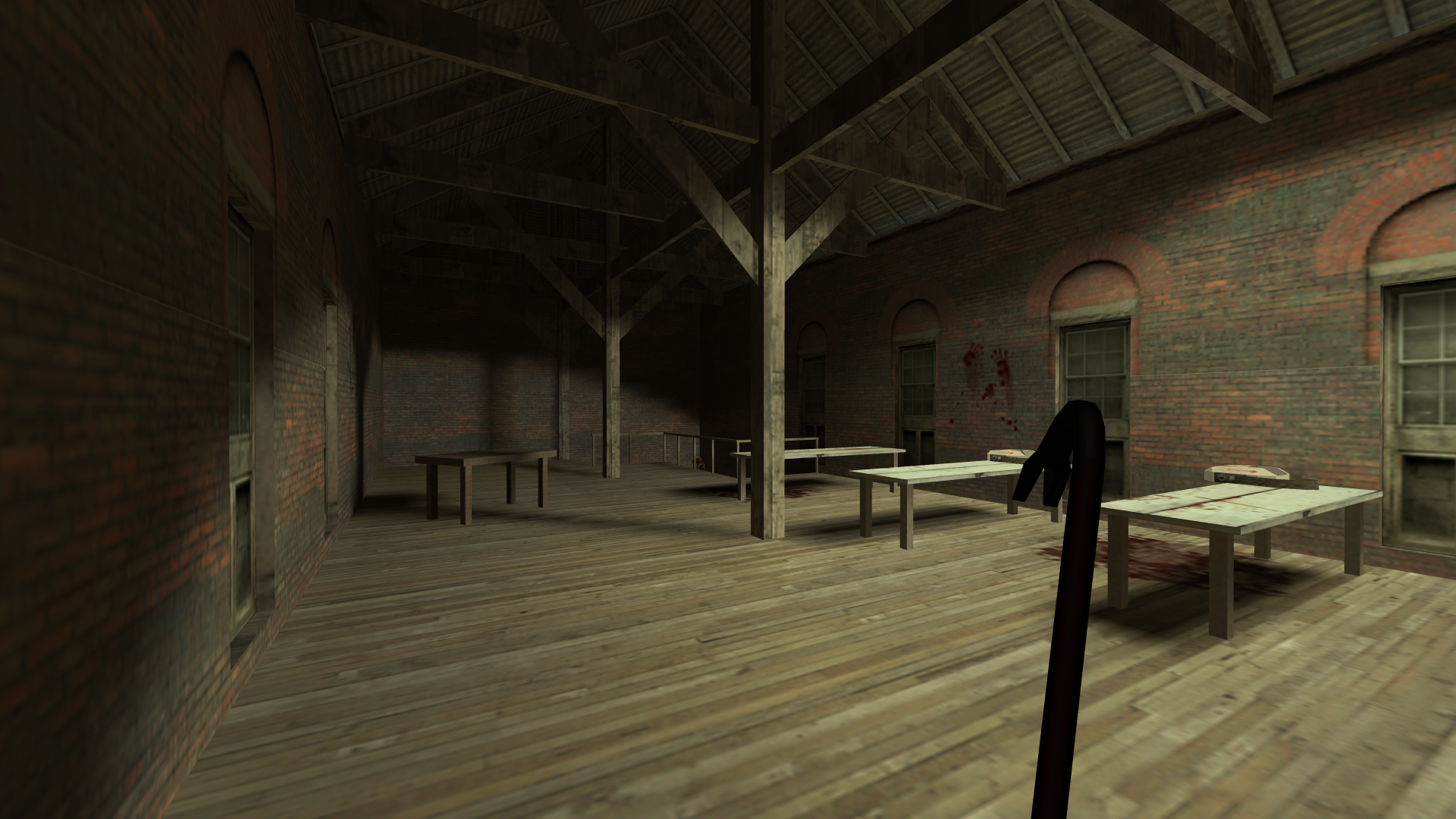 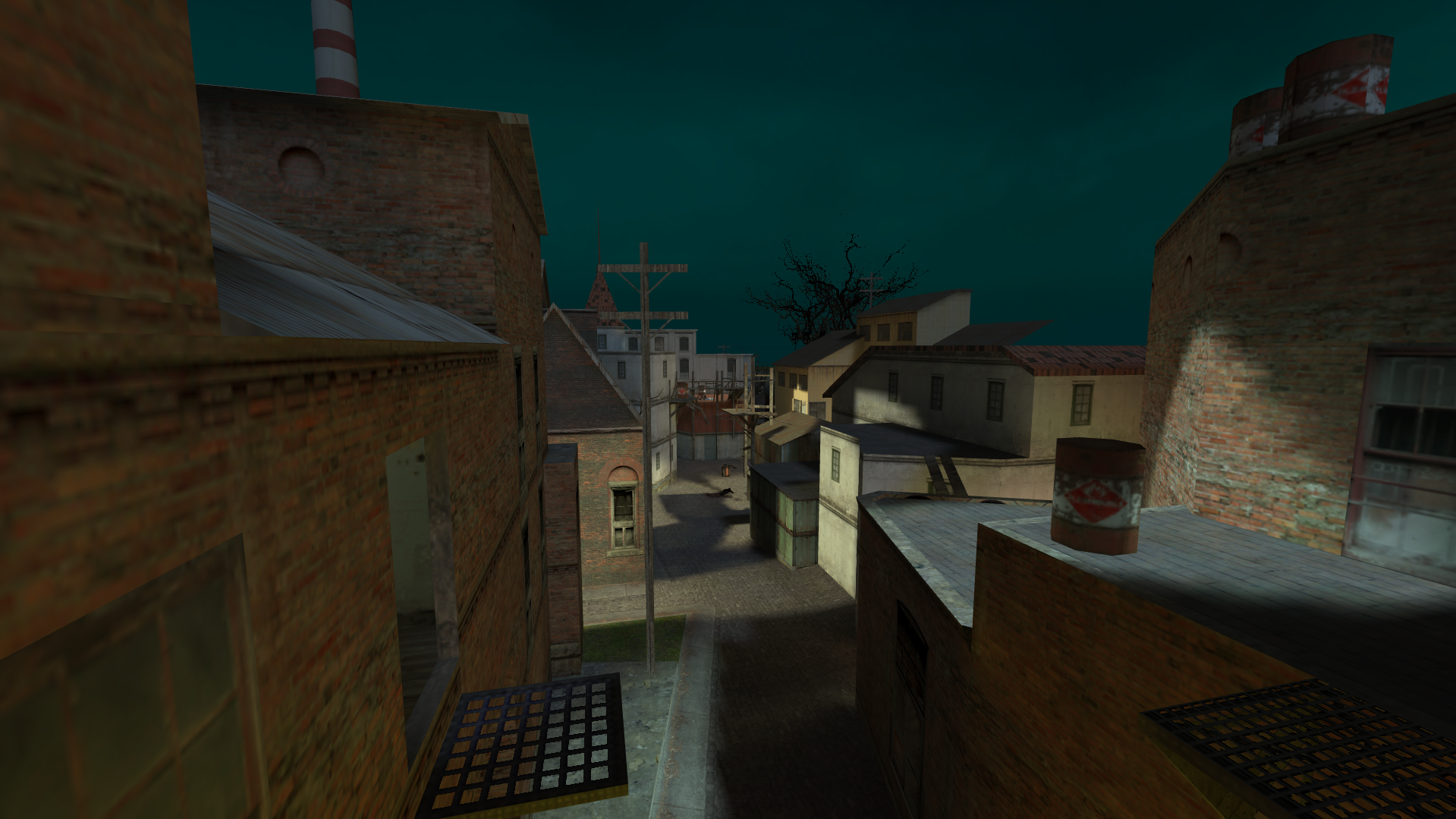 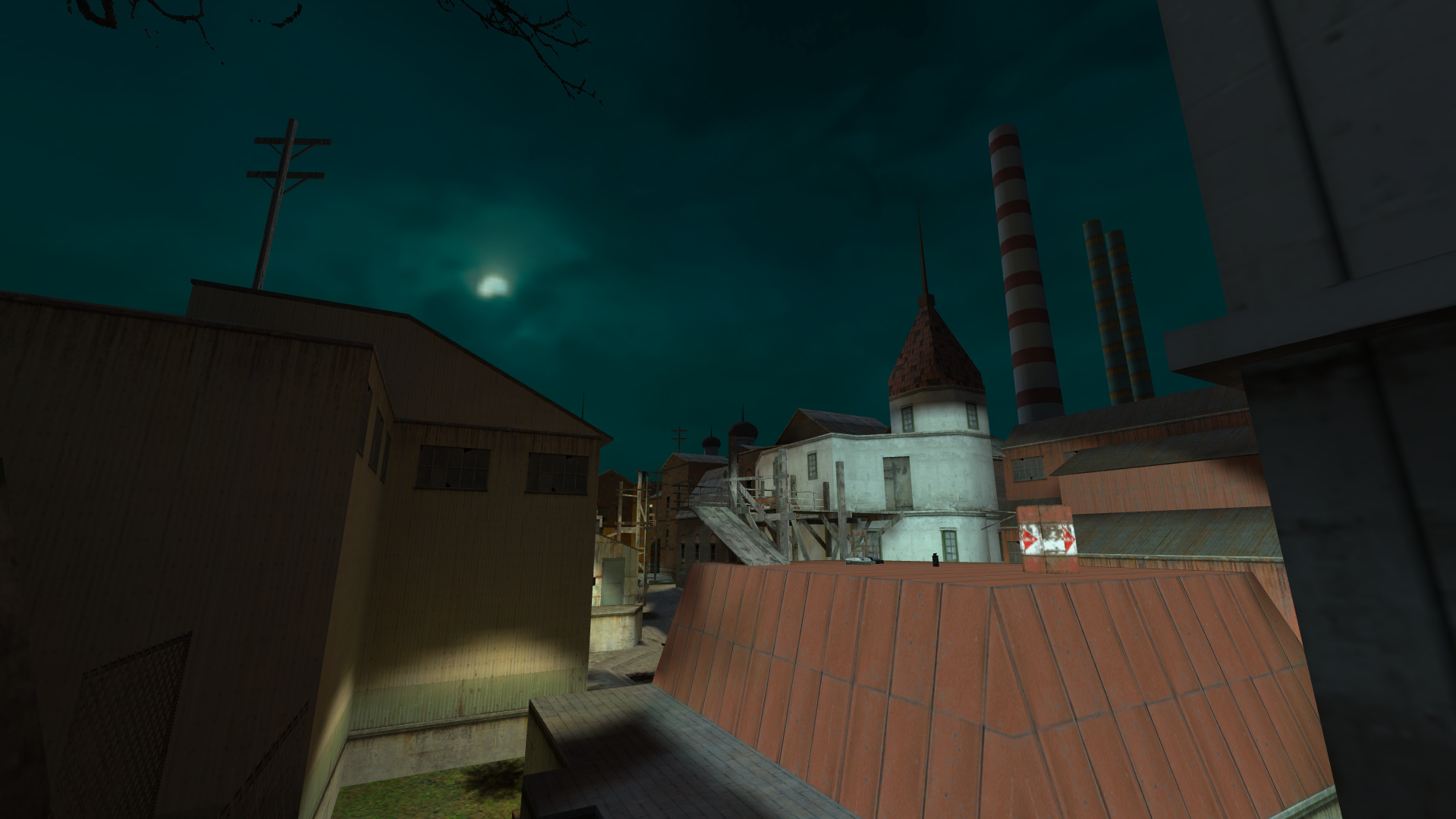 We’ve also been working on remaking the first chapter first viewed in the demo, using more detailed levels and replacing props with brushes. On top of that, we’re also experimenting with features of goldsrc such as DSP effects. The same level of detailing is also being applied to ravenholm. 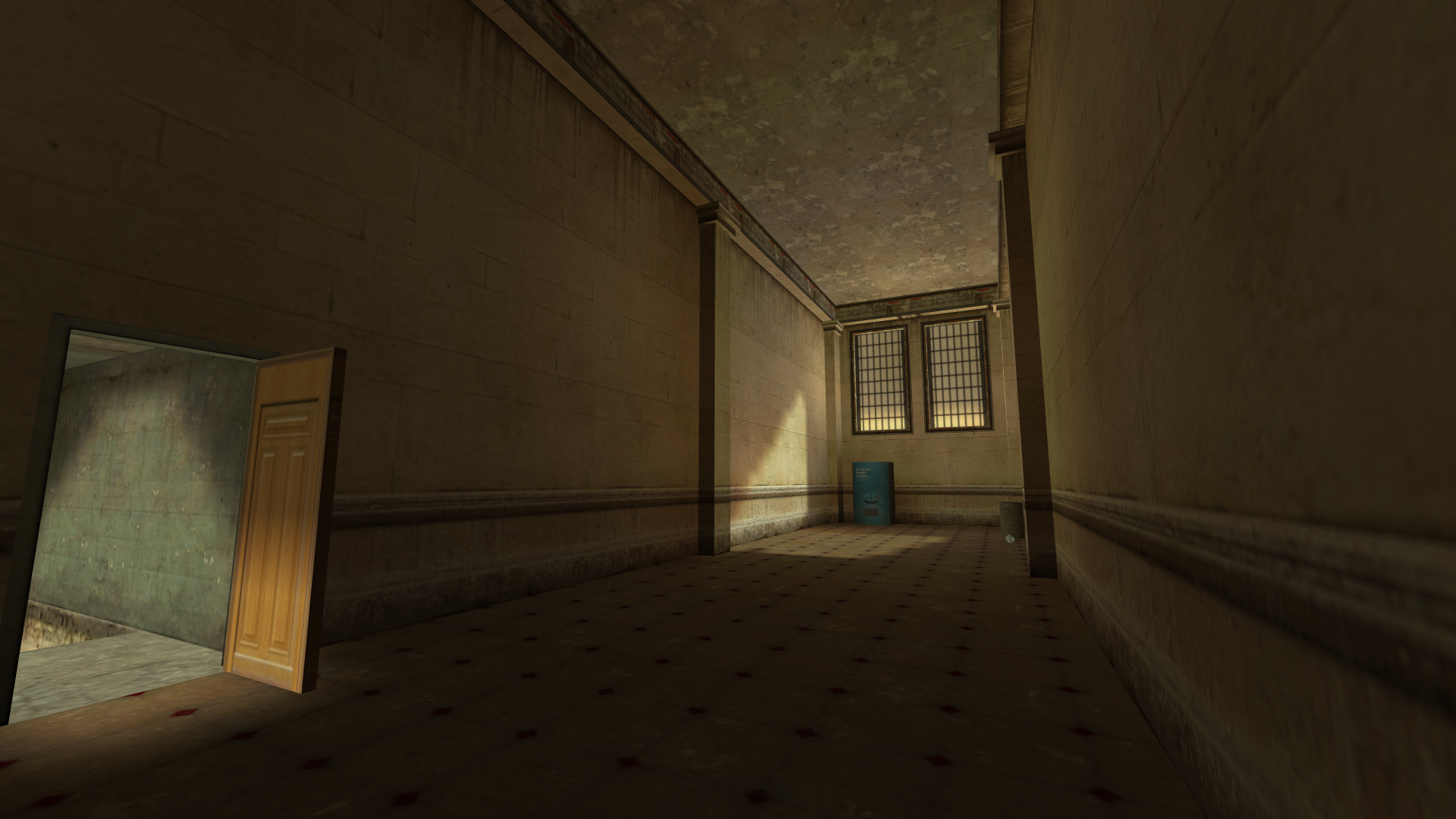 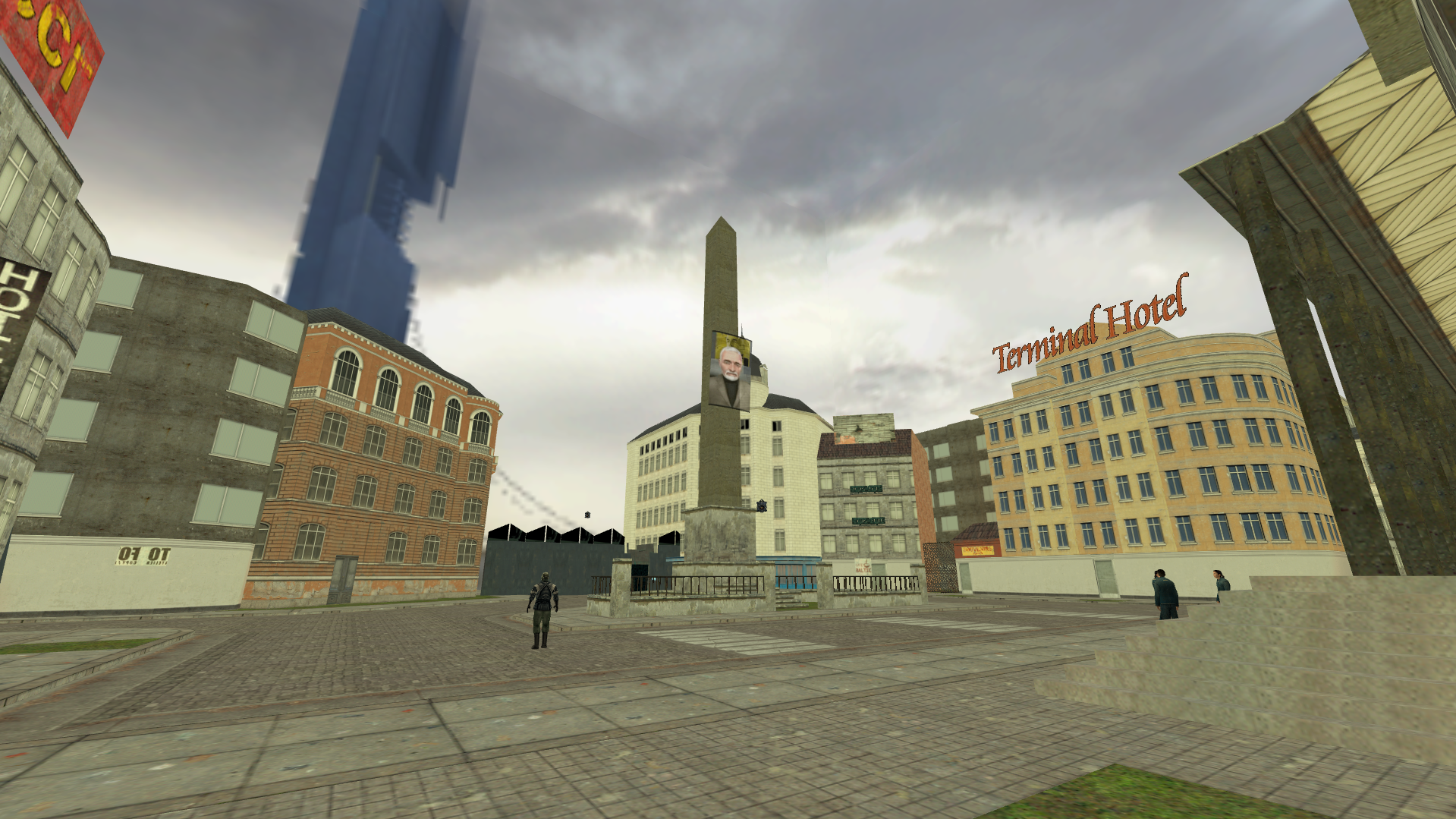 Coast levels have just started being worked on, however a major issue we came across immediately is that the levels are far too big for goldsrc’s limits, and without engine code we can’t increase the max size. Because of this, coast levels are going to have to be, for the most part, remade from scratch to fit in the limits of goldsrc. So far, we have a basic remake of coast_05 to test how this will work.

The demo we released last year had models ported directly from Half-Life 2. Since then, we’ve gotten a lot of feedback and decided to remake character models to fit with the style of Half-Life.

Here are some WIP screenshots of updated Metrocop models, citizens, and barney (sorry, but his excellent disguise had to go): 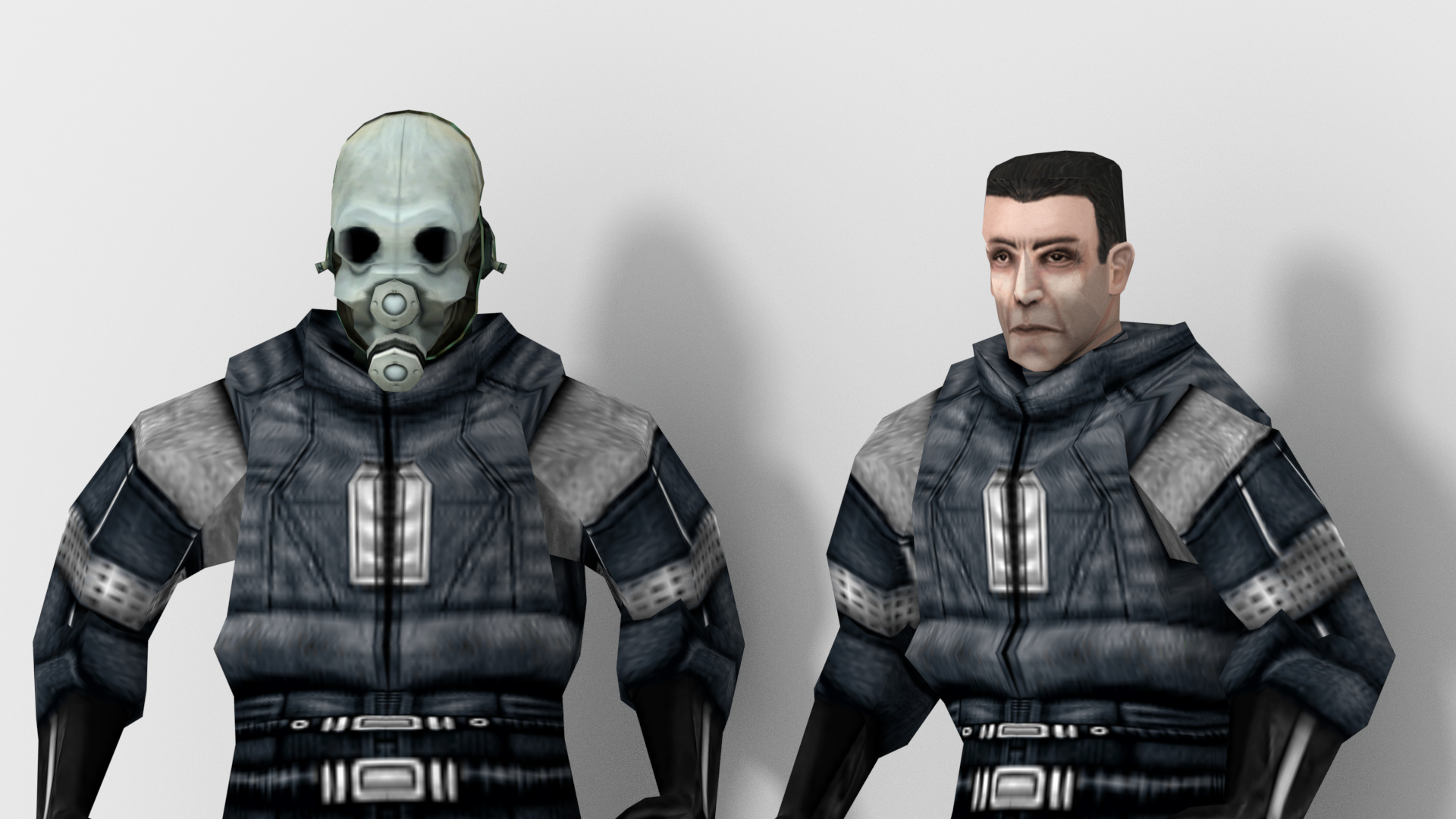 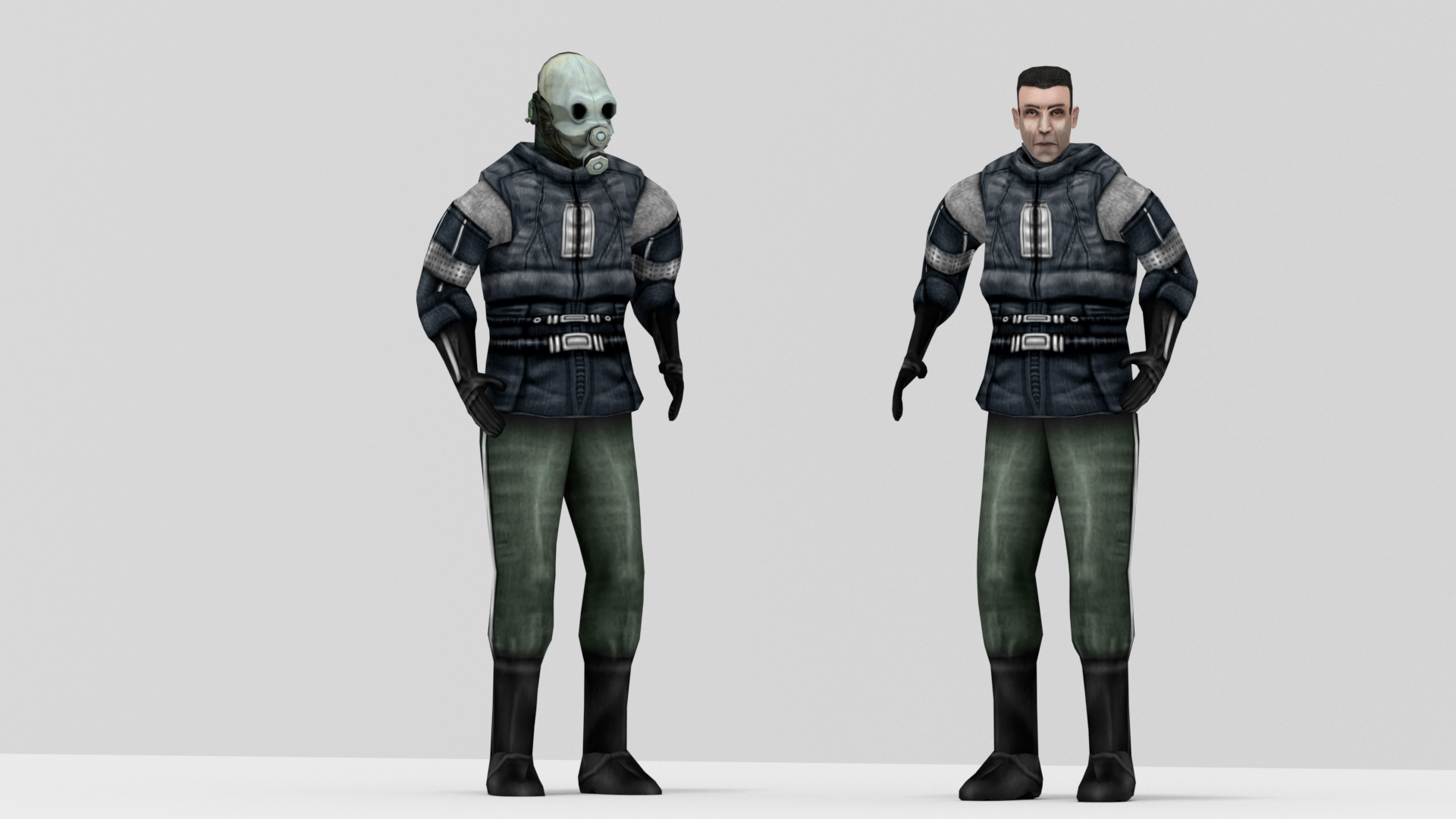 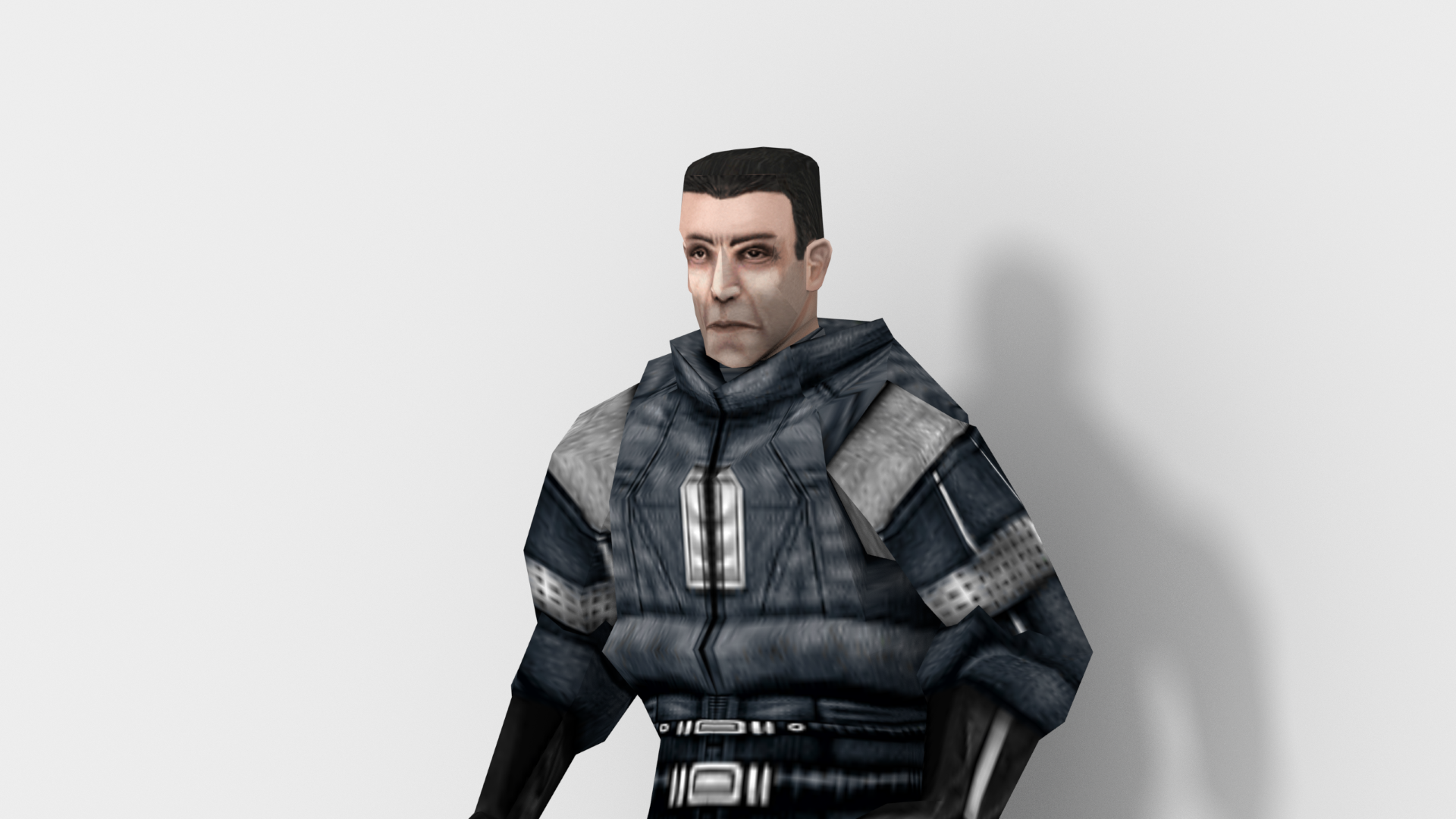 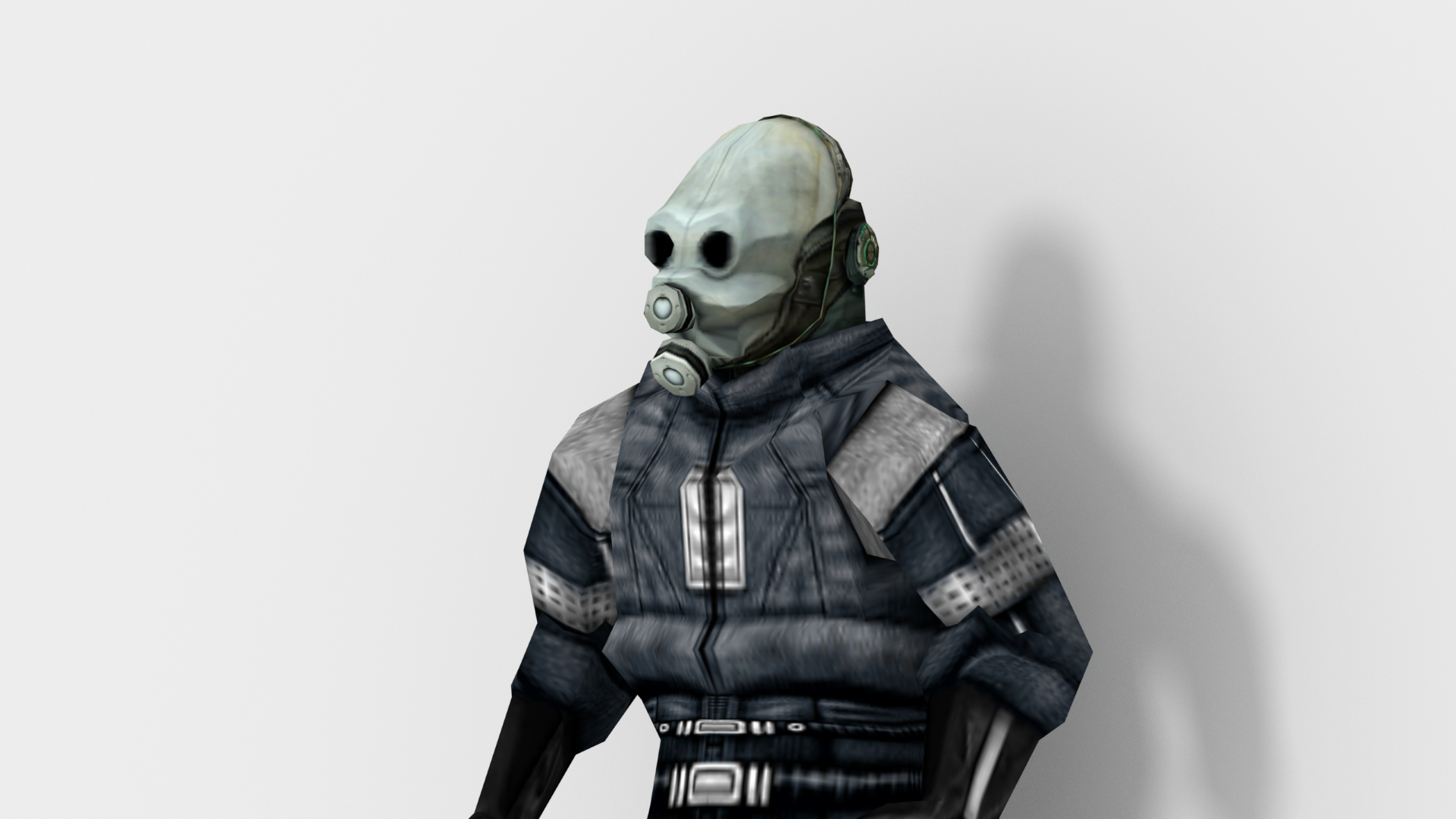 Since the demo, we’ve moved away from using SOHL, and have decided to modify the original Half-Life code ourselves. This is mostly because SOHL is very buggy and difficult to modify, and we want as much freedom as we want.

With that said, we’ve added four main things. The first is a HL2-based movement system, which means walking and sprinting, with speeds that match up with HL2.

The second is swaying viewmodels, similar to HL2. We plan to make this optional in case people don’t like it, but we feel it’s a small feature that won’t get in the way.

The third thing is we’ve begun to work on npcs. A few are in-game, but either use another npc’s ai or just have no ai at all. The most fleshed-out npc right now is the City Scanner. These were in the demo, but it was just some fancy map logic. Now, it’s an actual npc, making them much easier to work with, and a lot more dynamic.

The fourth is a port of the func_vehicle entity from Counter-Strike 1.6. This will be used for the jeep and airboat to mimic the behavior of those vehicles in Half-Life 2.

Finally, we want to thank all of you for supporting this mod and encouraging us to keep working on it. It may sound cliché, but if it weren’t for your support this mod wouldn’t exist.

If you want to help out, and have experience with goldsrc, feel free to apply here: Goo.gl. We’re mainly in need of programmers and modellers.

Great to hear from this again! I adore that Barney model btw :D

Barney is spot on! Keep it up. This mod will be a gem for sure.

What A genius idea. Especially on using Func_vehicle from Counter Strike 1.6

Good work! Keep it up

I'm impressed, there's still so much the old GoldSrc engine can do, keep up the good work!

I liked the demo metrocop a bit better for some reason, but Barney really needed to be modeled.