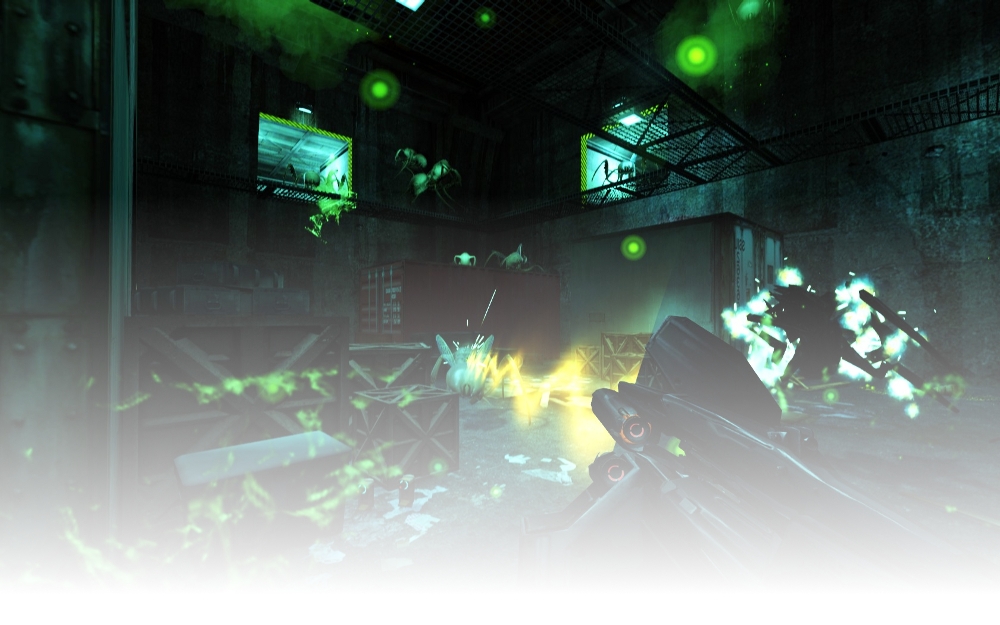 Using the Source SDK Base 2007, Ground Complex is an action FPS mod taking place in a futurist and science fiction world. It is developed by only one modder, Bioko. You have been sent alone, to a warm desert planet for a commando mission of high risk. Your goal, as an elite soldier, is to infiltrate the abandoned human complex to perform vital maintenance tasks and to recover precious scientific research facility data. From the warm desert to the depths of the complex, you will blow up everything that blocks your way, like doors or walls, but mostly aliens. You will then be extracted from the planet by a space ship !

or play Ground Complex on Desura


Only SOURCE SDK BASE 2007 is required to play this mod, which you can download for free on Steam ! 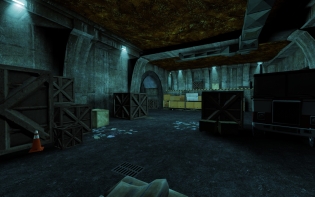 Don't forget to rate the mod after you played it !
Thanks to Arkanium and xcv2007 for bug reporting, Mr. Walrus for spelling check
RSS Articles

It is now more than a month that the full mod is available to download. Despite all my attention and my tests, there was some bugs and gameplay problems which was still left, and since the release of the mod, I did my best to fix it. Today, even if some minor bugs may still occur the mod is mostly free from errors.

While the main campaign is completed, I still have many maps and content on my computer that I had decided to cut during the development of the mod because I knew it would be taking to me too much time to implement it. However, now that I am done with the main campaign, I can try to finish this cut content and to add it to the mod as a "Secondary Campaign" in order to extend the gaming experience and the life time of the mod, so that it could reach about two hours of playing ! I shall post some screenshots of the work in progress soon.

Else, the mod is now available and supported on Desura, so if you have this platform installed you can directly install and play my mod !

Thank you for reading this ! Remember that if you enjoyed the mod, don't hesitate to rate it !

The full version of Ground Complex mod is now avaible

After months of hard work, a lot of will and various problems, the mod has been finally accomplished !

Intensive play-testing of the mod

The last stage of the developement before releasing, is play-testing !

The mod is in beta test !

With only me as the developer and after month of works, the mod is almost done !

A lot of new stuffs released

From the dedicated website to the demo release... The profile has also being updated !

This patch is only recommended if you downloaded the mod BEFORE 28.04.2012. It does fix some minors issues during the first chapter.

Alone on a warm and desert planet, far away in the space, you were sent for a commando mission of high risk... Your mission is to infiltrate the invaded...

After more than five months of work, here it is ! Including the complete single player campaign, it does only require Source SDK Base 2007 !

I got up to the tram section, just as the tram falls, but I have no clue what to do to proceed. I tried everywhere I could, including using noclip, but I am still confused.

Where's the Drop ship at the end? I can hear it but i cant see or find it. Please be more specific when giving instructions.

It's not bad, the mass spawn of antlions does get extremely fustrating though, and I have no idea what to do during the plug part. I found every single plug and did what the commander told me to but the button does not do anything. Idk if its a glitch but it definitely put a sour taste in my mouth. 6/10

Why don't this mod have crosshair?

It's better for the realism.

Is the development of this mod has stopped or something ?

I've ceased working on this mod because I am the target of very childish french modders who are having fun creating multiple accounts to lower the community rating for the only purpose of annoying me.

Forgot to say, I'm downloading this now. I'll be checking it out later tonight when I put the kids to bed.

Thanks for all your hard work! I know how tough modding a game is let alone creating a totally new game from the source.

Don't let some little twats stop you from doing something you love to do.

Let your mod do the talking, no matter what they do they can't stop people from enjoying it!

What mods have they made themselves? I'd love to compare your work to theirs and see who's is better...

Have you tried reporting them?

You're gonna let something that stupid stop you?

well thats lame, How come you let those stupid kids step all over you

A bit too many antlions but it was overall fun ! Good job