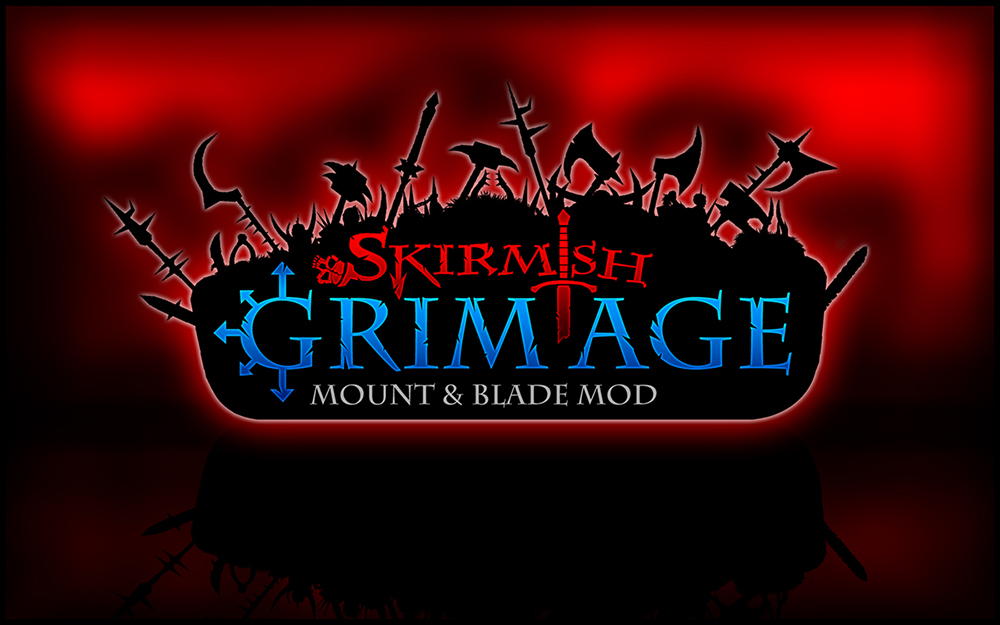 GRIM AGE: Skirmish - a multiplayer mod for Mount & Blade Warband, based on the universe of Warhammer Fantasy Battles, which allows players to take part in the battles between: The hordes of Chaos (represented by the minions of the Dark Gods of Chaos, Khorne and Nurgle). The armies of the Empire (represented by defenders of Ostland). And the troops of Kislev (in development). 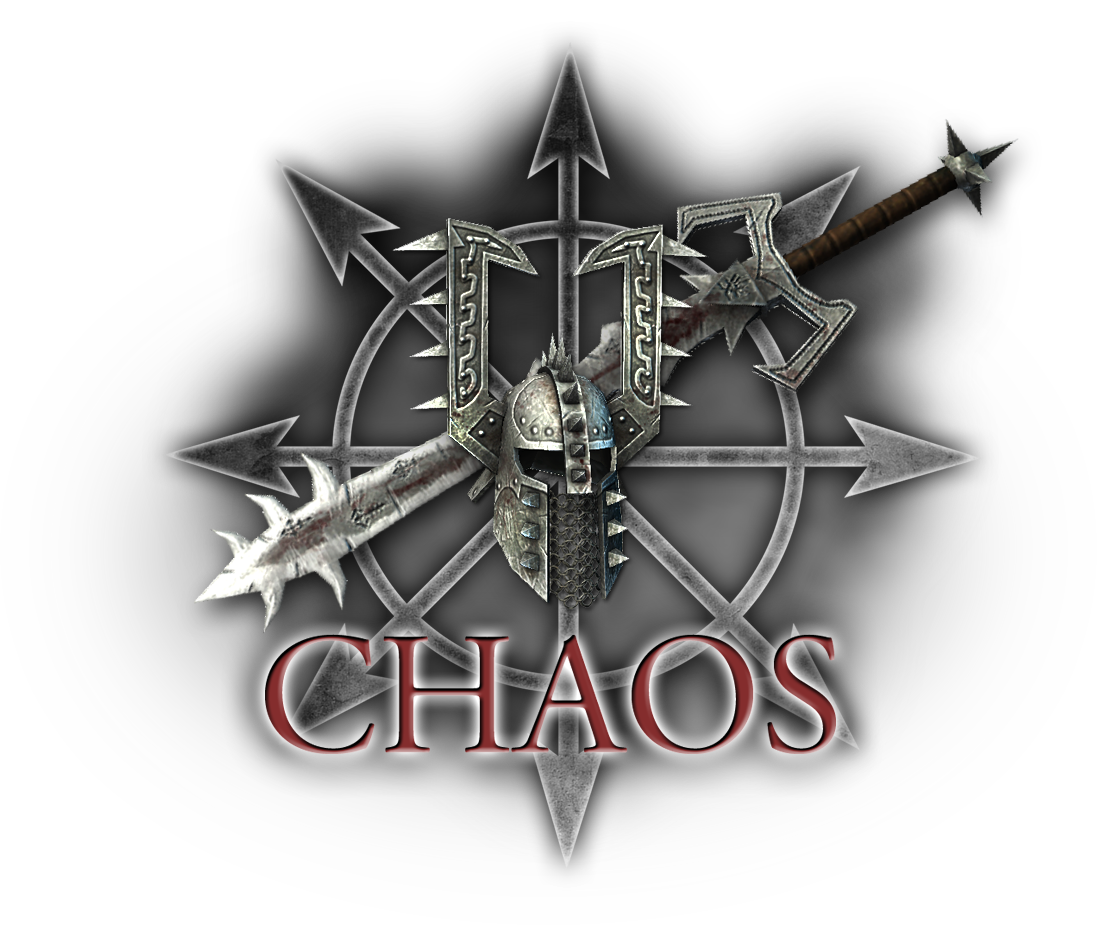 Ruthless northern warriors who worship the forces of chaos and destruction. The bulk of the troops form the Marauders of Chaos - mid-armored footmen. Elite is considered by Warriors, Knights and Champions of Chaos - heavily armored fighters that make up the backbone of the attacking warbands. There is also the light cavalry units - Raiders of Chaos - take place. 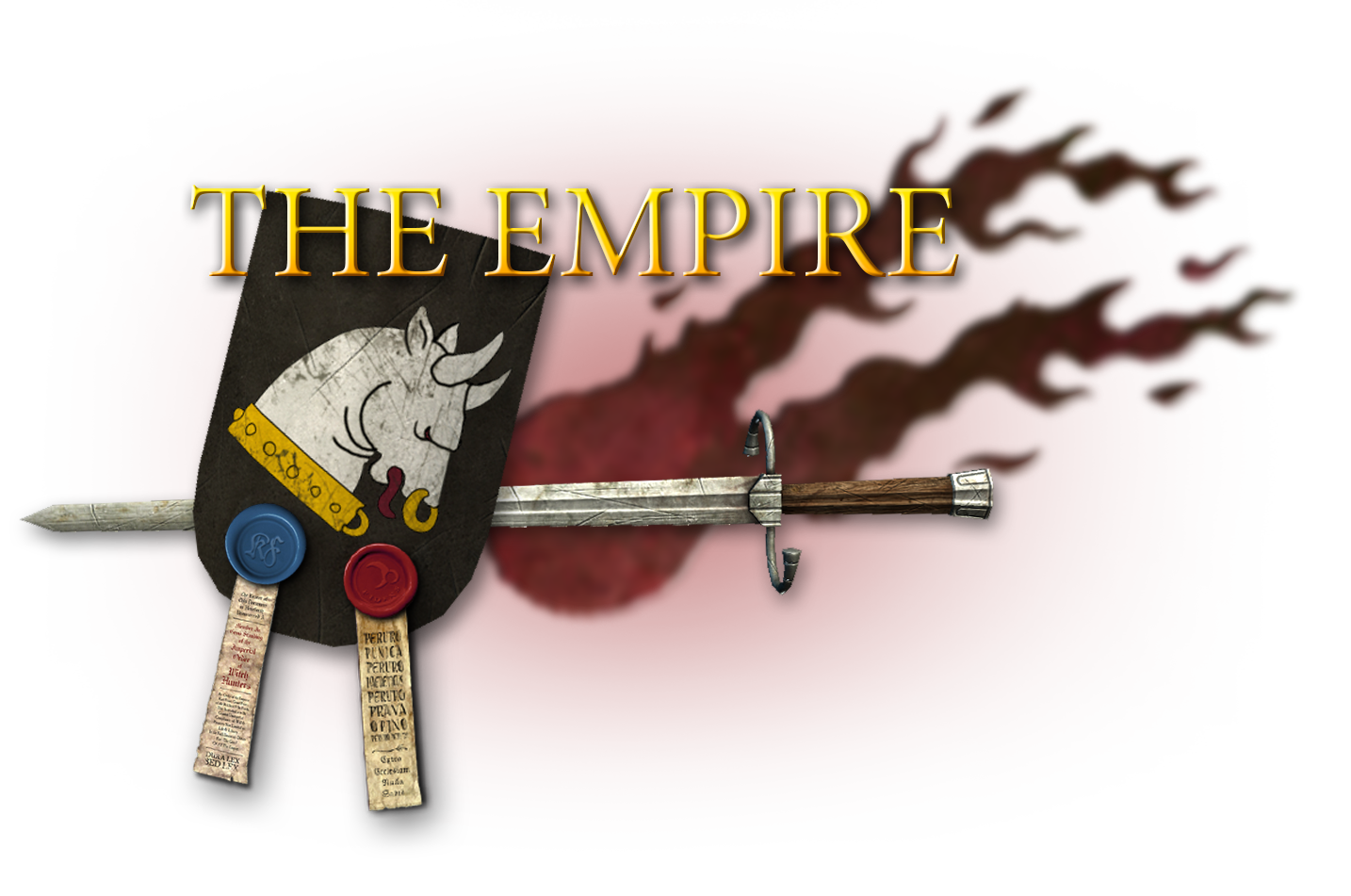 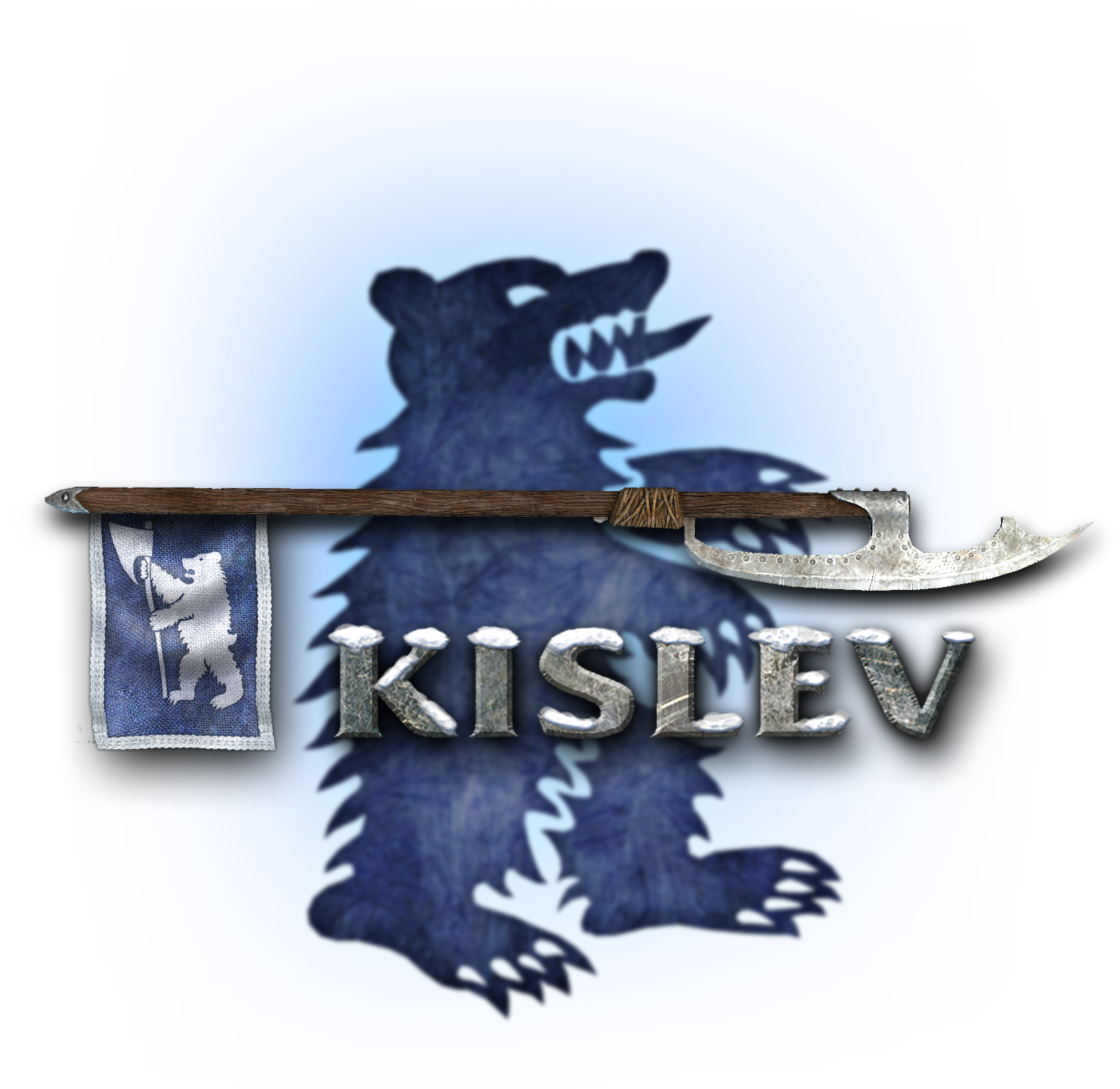 In the battles Kislev is based on numerous cavalry - Winged Lancers and Ungol Horse Archers. Kislev infantry as mobile and versatile - Kossars are both archers and footmen.

You can ask any question if it still not answered in FAQ. Moddb.com

Game Modes:
1. The Siege.
The small imperial town was attacked by warband of Chaos Marauders, which are planning to break barricades and cut out all of its inhabitants. Imperial soldiers have an access to bonus weapons and armor. Respawn of Chaos players is limited, respawn of Imperial players is infinite.

2. Necromancer's Attack.
Players must protect an imperial village from huge waves of the undead, that became stronger every next wave, minor-bosses and the final boss - the necromancer. Defenders have a chance to pick up bonus weapons and ammunition after every attack.

3. Ambush.
A gang of Marauders and Raiders of Chaos assaulting the Imperial troops, which is going through the forest. The main task of Imperials - to support the Imperial Captain survive and bring him to the end of road.

4. Battle.
Common Deathmatch side to side with some bonus weapons and ammunition for killed enemies.

5. Duel.Chance to decide who is better. 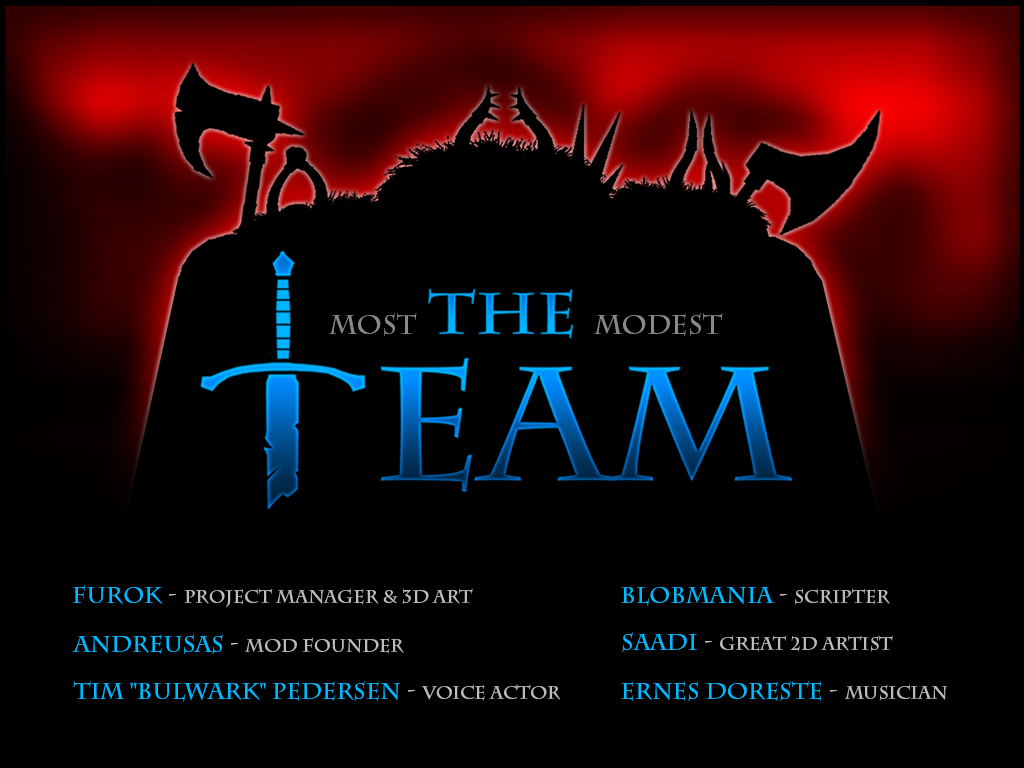 And here we go! The first public alpha, some kind of intro. It will introduce player to what the hell happened in Ostland and to some of the core features of the mod. There are new starting scenes for both factions and 2 simple quests for the Empire player with a side character. The main goal of the mod - creation of unique gameplays for both factions, which is reflected in almost every feature.

Rememeber: it's an alpha. Though I tried to polish it as good as I could, the amount of job to be done is till huge. But the alpha itself is pretty much playable (I hope).

IMPORTANT: I recommend you to play with autosaves turned off. Also I'd like to advice usage of the BattleSizer for better battles.

. New starting scenes for both factions.
. Simple title system (3 per faction).
. Population system.
. New renown- and title- based recruitment systems for both factions.
. New "shops arsenal for the Empire and smithy for Chaos.
. Simple class system for characters. For now classes define shops' assortments and boost some characteristics\skills.
. You can die for real - and become a skeleton. Save regularly!
. Improved battle AI. 2 unique tactics for the Empire and one tactic for Chaos.
. Duels. It's either you or your enemy survives!
. Really strong elite troops. Beware of Chaos Warriors!
. Dialogs. New dialogs for neutrals, some re-done dialogs for lords. WIP.
. You can raze villages to the ground! (So do lords).
. New interface Vanok.
. Some new scenes by Vojd.
. New music by Theretor.
. New city icon by kraggrim.
. Arts by Saadi.
. And lots of tiny stuff.

Please, PM me if I forgot somebody. Hope I didn't.

Hello everyone! As long as I can't show new models too often, I've decided to start some kind of development diaries, where you'd be able to see development...

Hello everyone! As some of you may already know, Furok gave me permission to use his assets and continue working on GRIM AGE: Skirmish. There're no confirmed...

Somebody revive this please...

It's sad that the development has stopped.

If you guys check their users in steam. they mostly vanished at the same year on steam also same day or at least a few days to weeks from the others just as when this mod got abandoned

seems fine for me to see a team disband time to time but seeing them leave steam at the same days seem a little off.

It's really sad that this mod is apparently abandoned, it was one of the most promising M&B mods I've seen with very deep gameplay modifications. :(

Dude, check out Warsword Conquest, it has way more factions and features than this mod does even though I really enjoyed this mod. Though as of now, Warsword Conquest is the new Warhammer fantasy mod for warband. Also in the new upcoming update, there will be magic added to Warsword Conquest so that will be fun! I will lead the Empire to victory against the forces of Chaos.

Oh I know about Warsword Conquest, I've been following it since 2014. But Grim Age promised asymmetrical gameplay which is something that really fits the Warhammer lore but isn't present in basically any other M&B mod. Warsword Conquest, even with the addition of Magic, will still probably feel like reskinned Warband because the core mechanics will remain very similar. (having to cosy up to lords to get fiefs, etc.) Also by narrowing the forces to only Empire and Chaos, Grim Age was able to really focus on the gameplay of each side and as a Chaos fan this was really great news for me.
Anyway, I'll still play the hell out of Warsword Conquest when/if it eventually releases its new version, but I can still lament the loss of Grim Age. :)

I was looking forward to it too. As an Empire fan, I was excited to see how far the story would potentially go and what would happen etc. Sadly, it did not and it's sad for both Empire and Chaos fans.

This mods models are now in warsword conquest mod.

Not all of them though