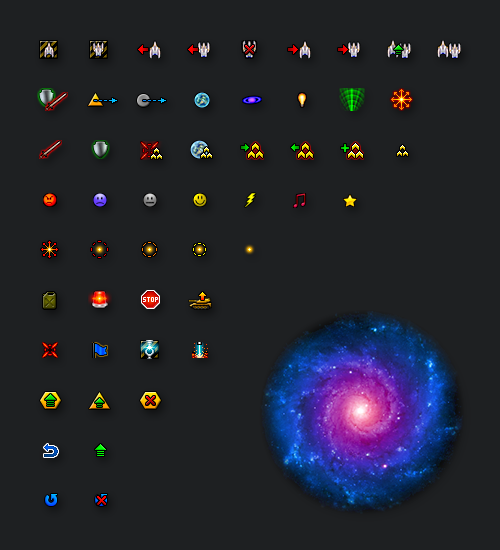 Resized to perfectly fit interface's elements so there is no need for the game to resize them to fit in buttons and frames. As a result all new pictograms look very sharp and clear in the game (except those which are used in more than one place and with various scale). Here are some examples: 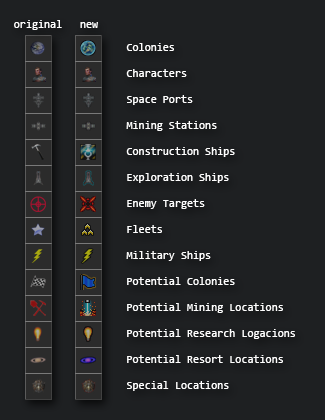 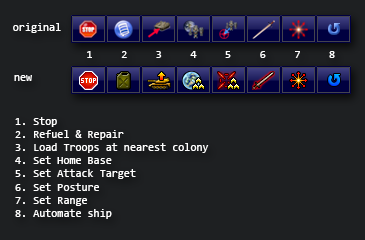 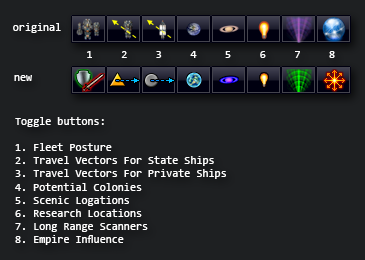 Unfortunately most of other interface elements are not available for modding. There are some of interface's resources present in "images\ui\chrome" folder which are not used by game (Or at least not where it was expected).
Another issue is that the game sometimes uses same resourcses for different elements of interface (for example "firepower.png" is used both for military ships and crash research icons). This fact limits design choices for the interface improvement. So looking forward to modding improvements in DW's future releases.

The ship restyling has several purposes in mind:

I know that game already has good ship type identification signs such as triangles for military ships, rectangles for construction ships and so on, but I believe average human eye is much more responsive to colours than to shapes. So I decided to use different colour outlines to make it even easier to quickly identify ships during a gameplay.

Military ships have following distinctive insignia painted on them: 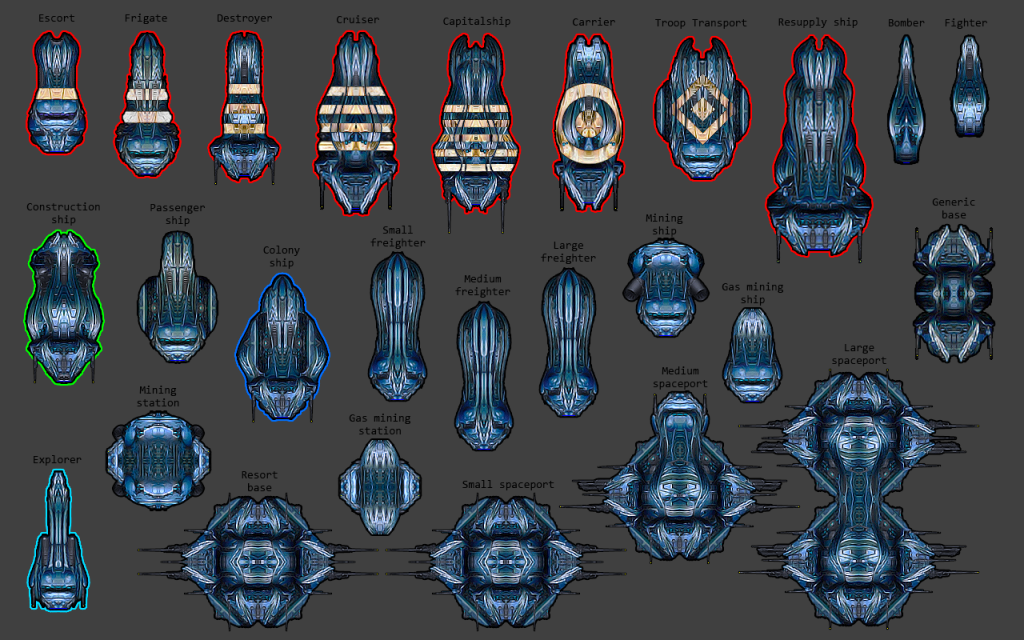 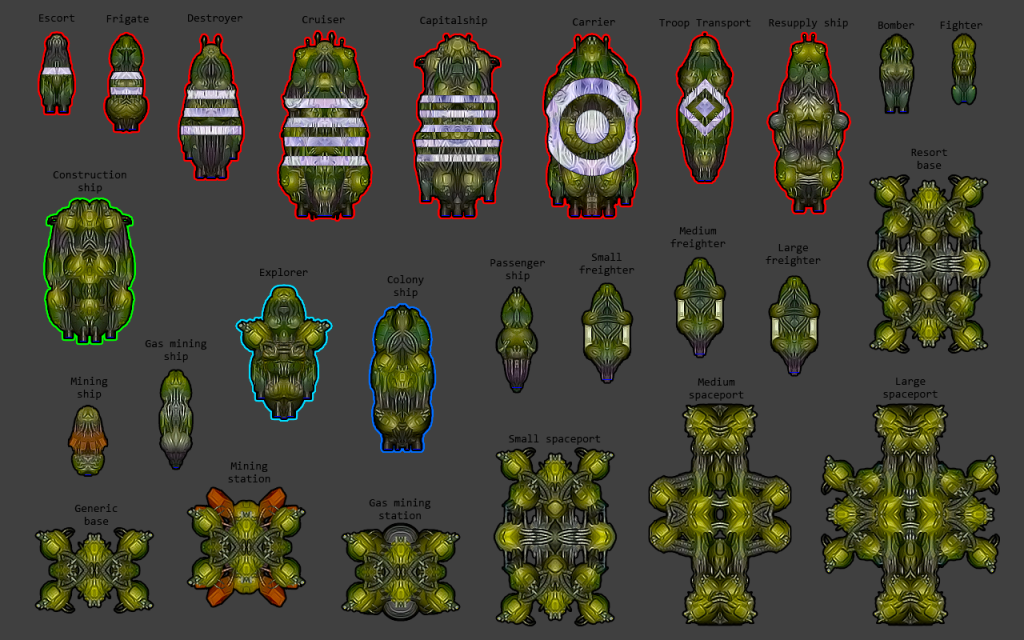 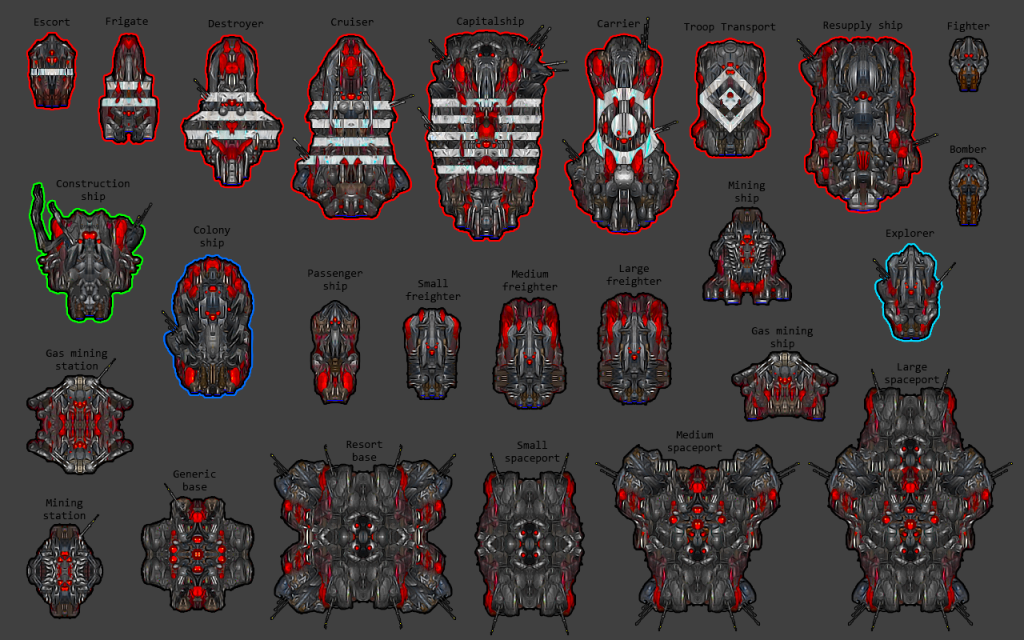 Additionally, there is an alternative shipset for those who prefer ships with black outlines only: 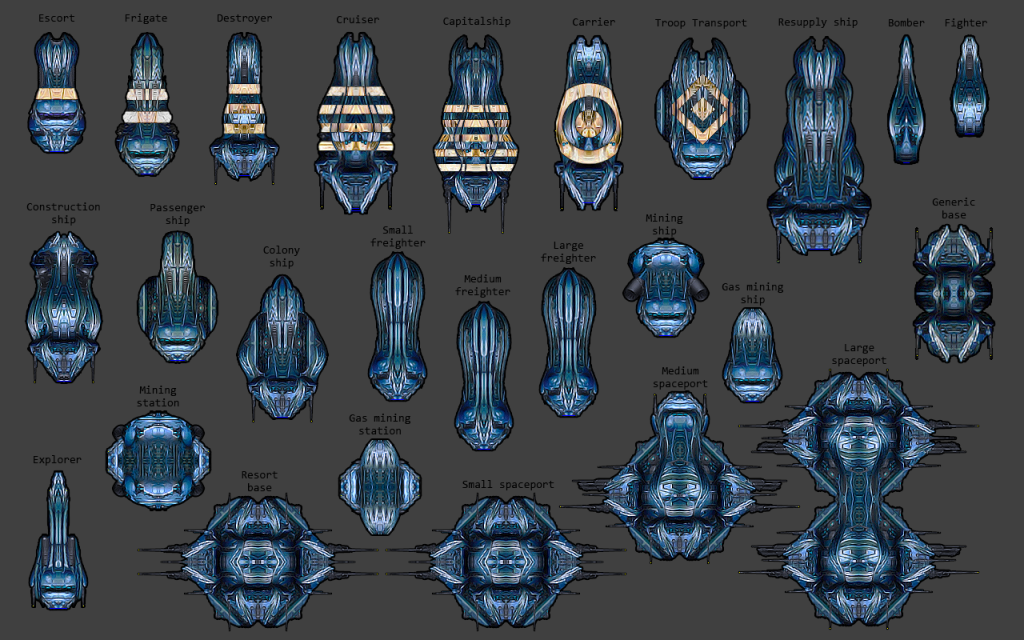 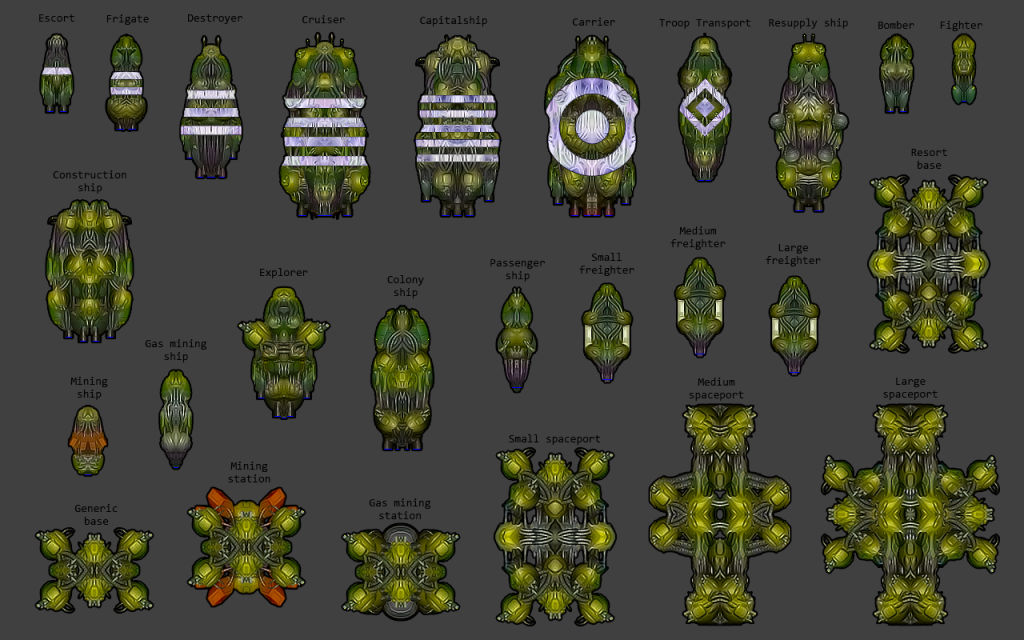 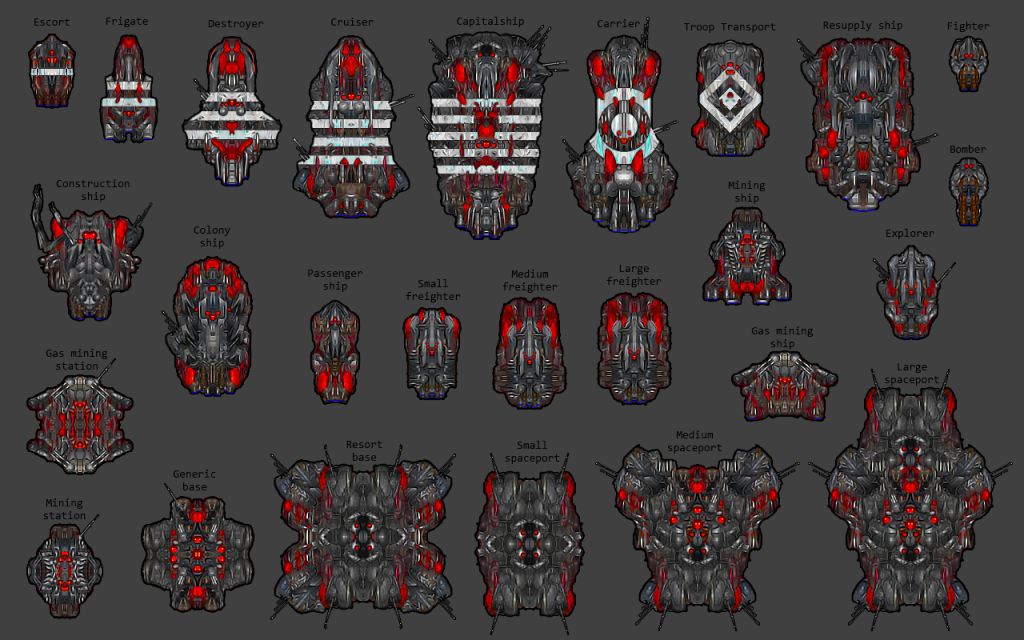 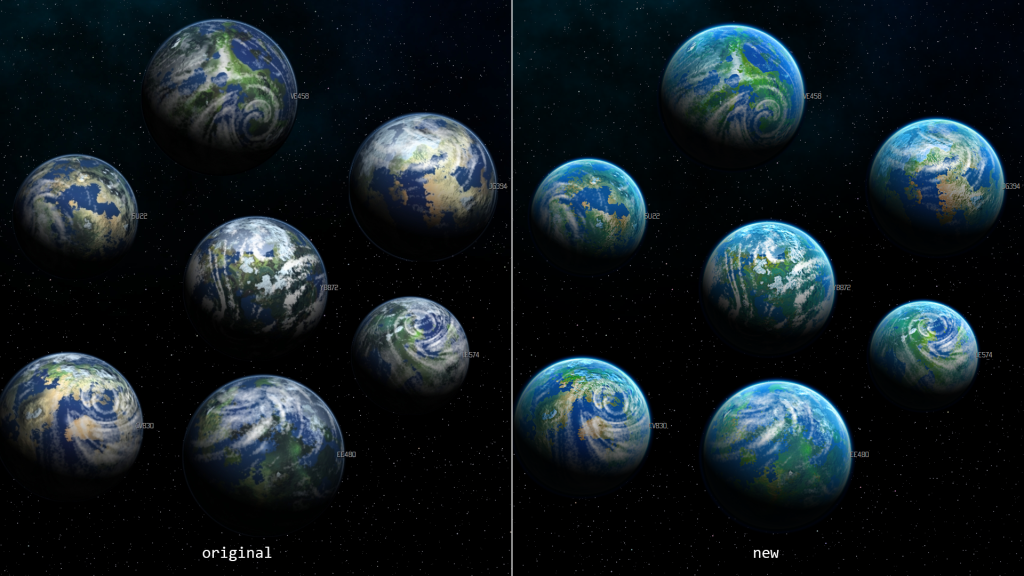 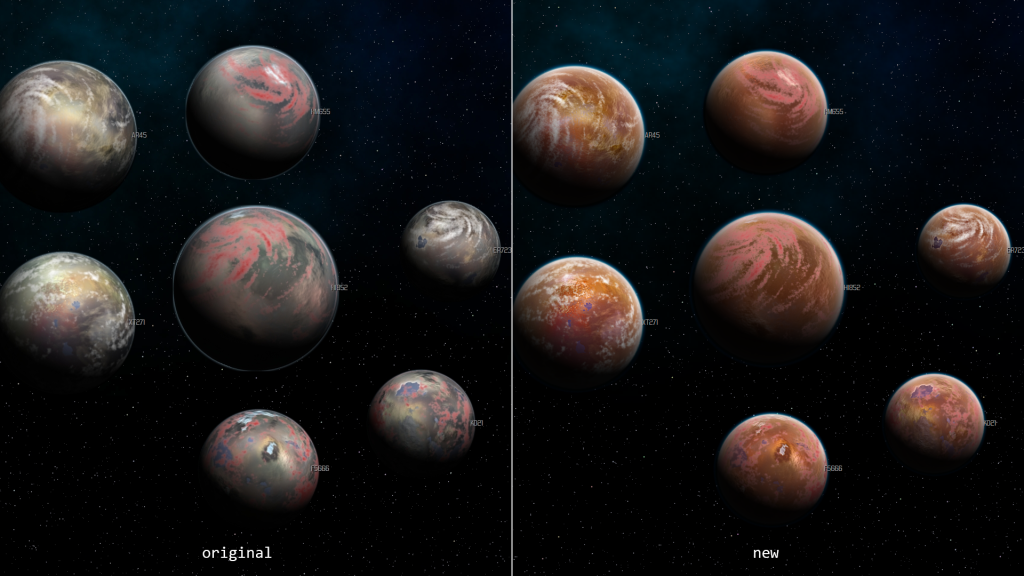 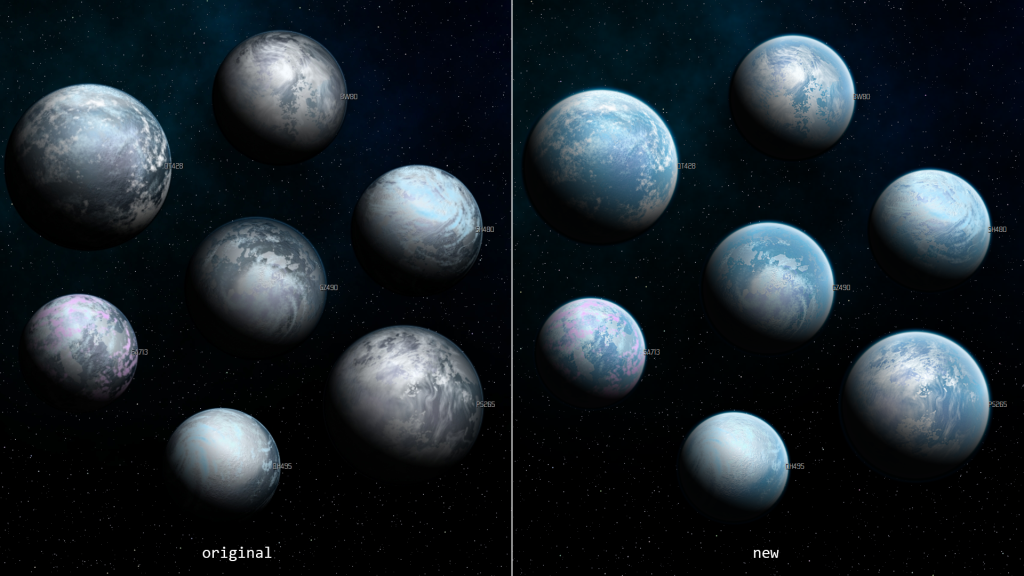 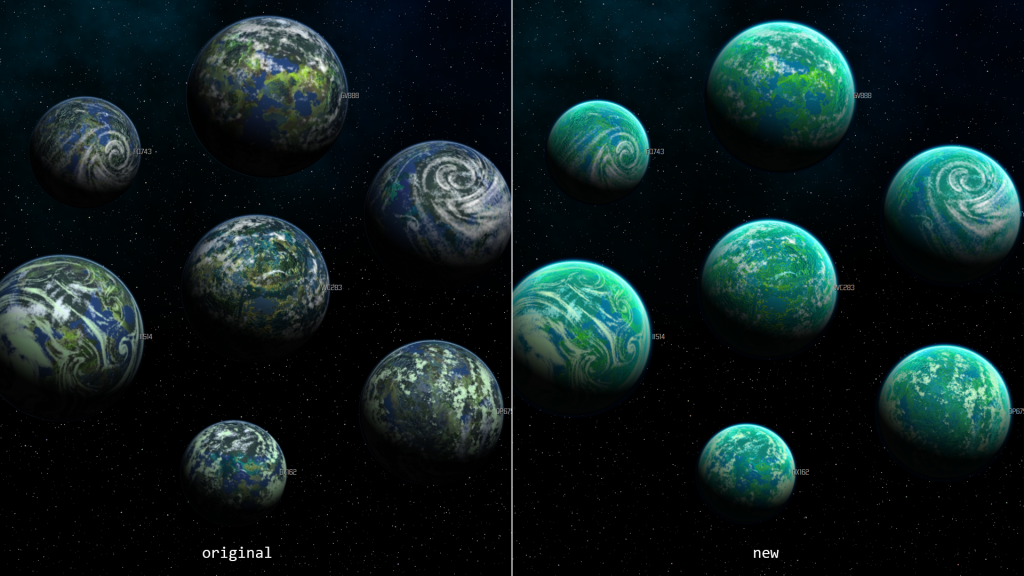 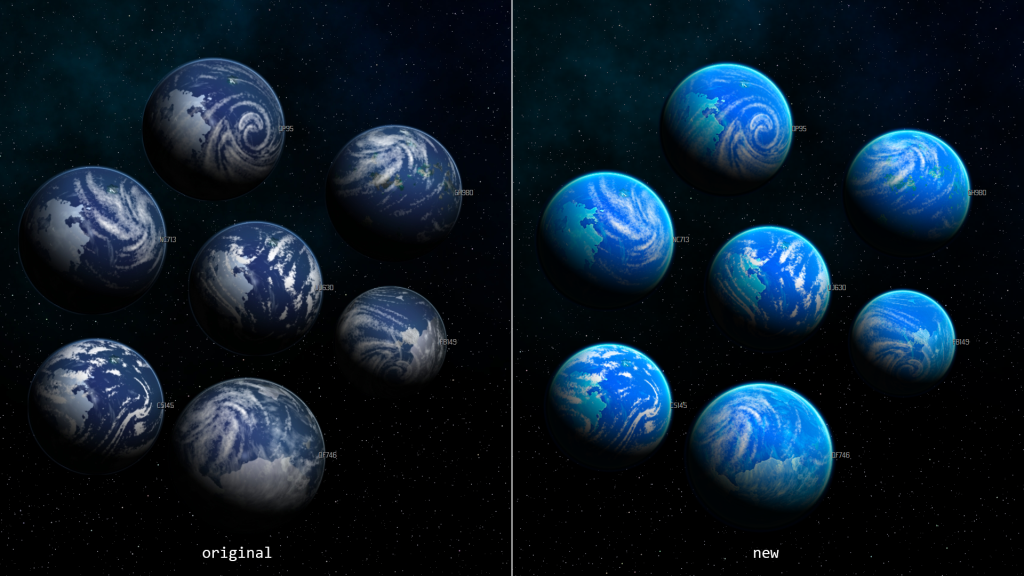 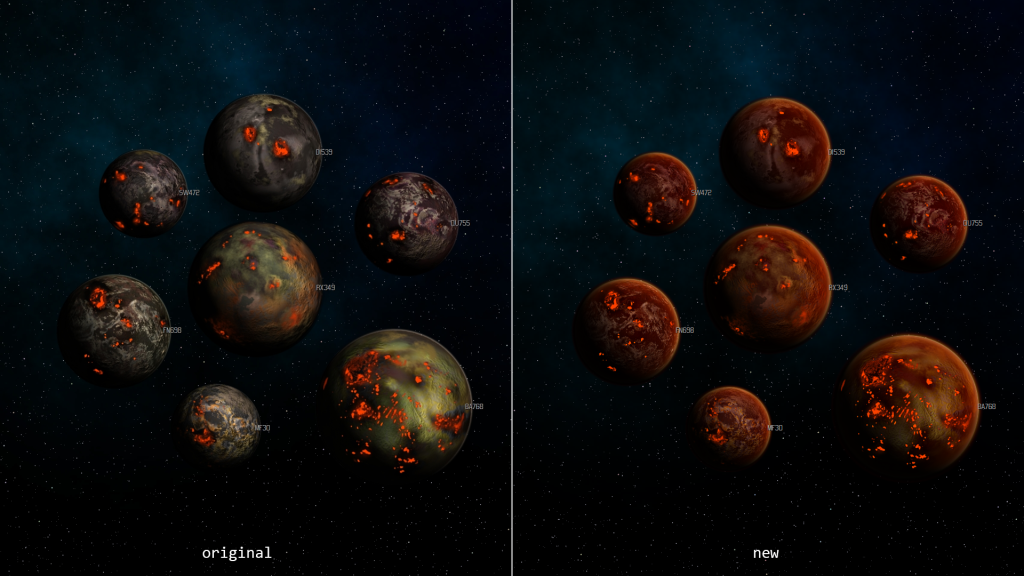 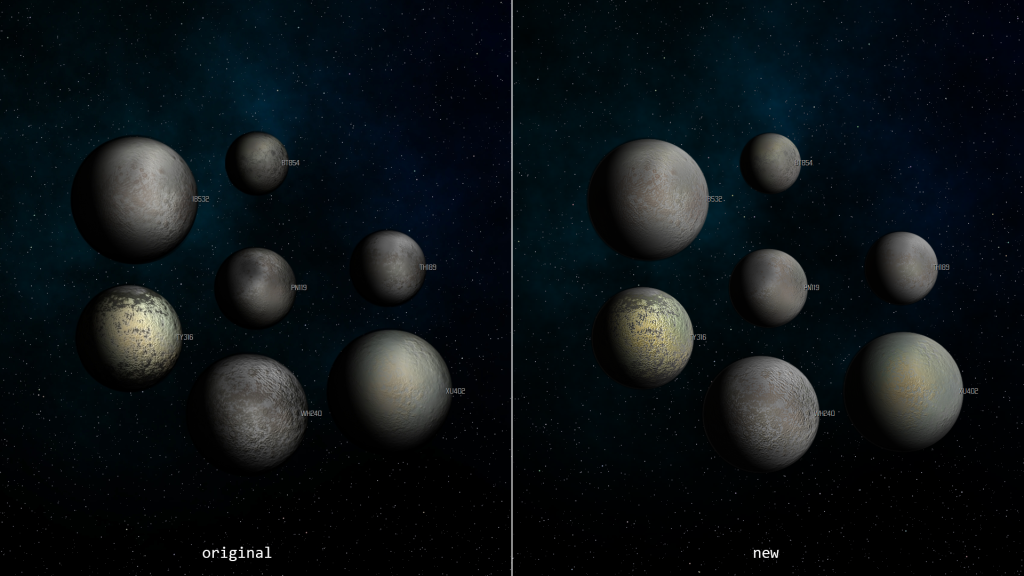 Original artworks were not created by me but were searched and taken from the net, mostly from Terragen's gallery. I just resized, framed and colour graded them. So all kudos and credits go to their creators.

Landscapes are resized and adjusted to perfectly fit game's interface.

Unfortunately, at the present moment DW has a hard-coded limit to use only few first images. So it uses only 4 images for continental planets (+1 from forest folder), 3 for desert, marshyswamp and ice planets, 2 for volcanic and oceanic planets. Hopefully this will be fixed in "Shadows" release, but for now most of these landscapes wouldn't appear in the game.

If you want some particular landscapes to be present in the game, please rename them to use first few numbers. For example, use names from "landscape_0" up to "landscape_3" for continental planets. 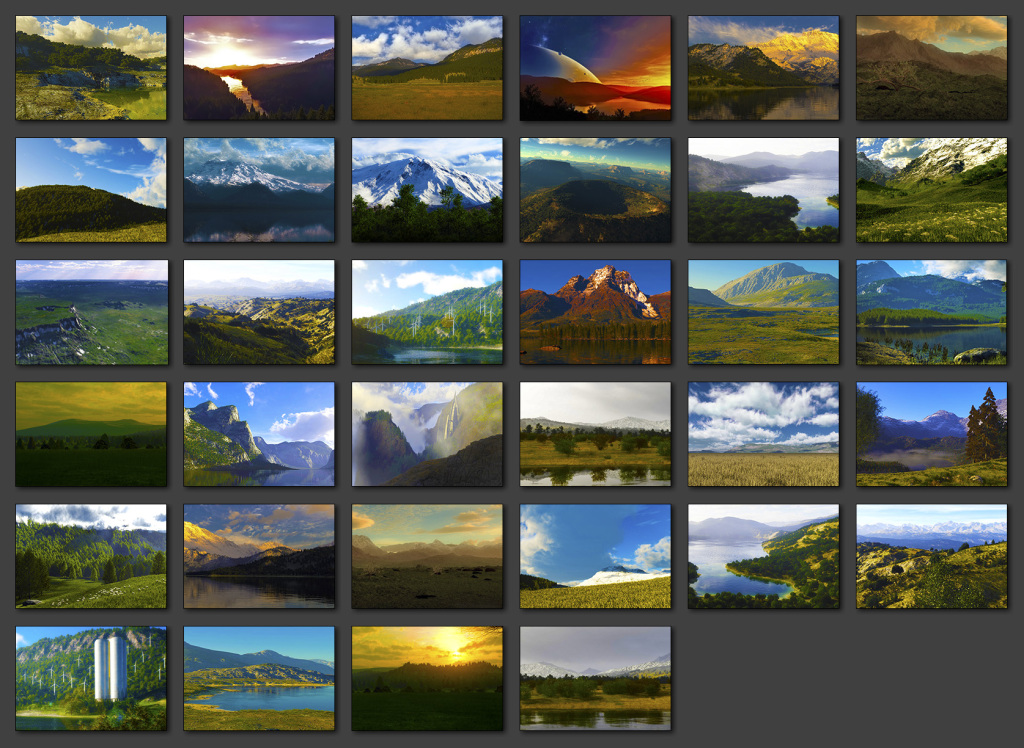 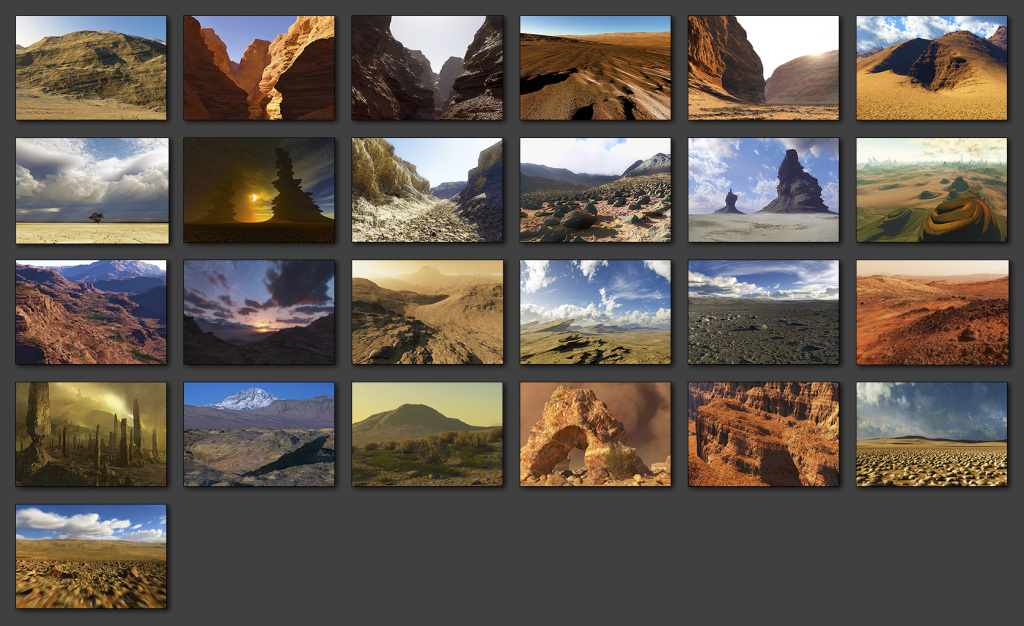 For the ruins I used amazing and myserious paintings of Polish artist Zdzisław Beksiński. 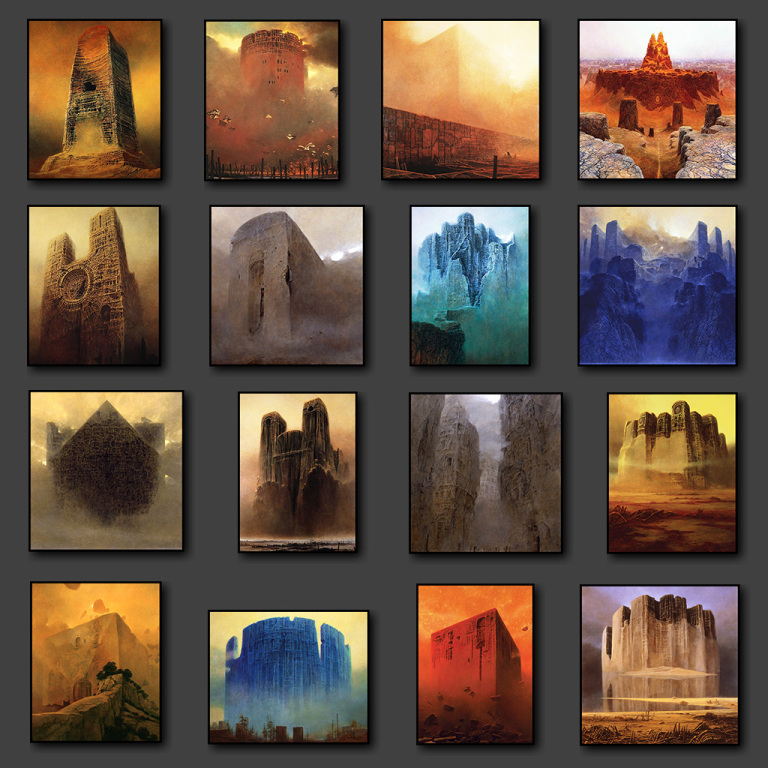 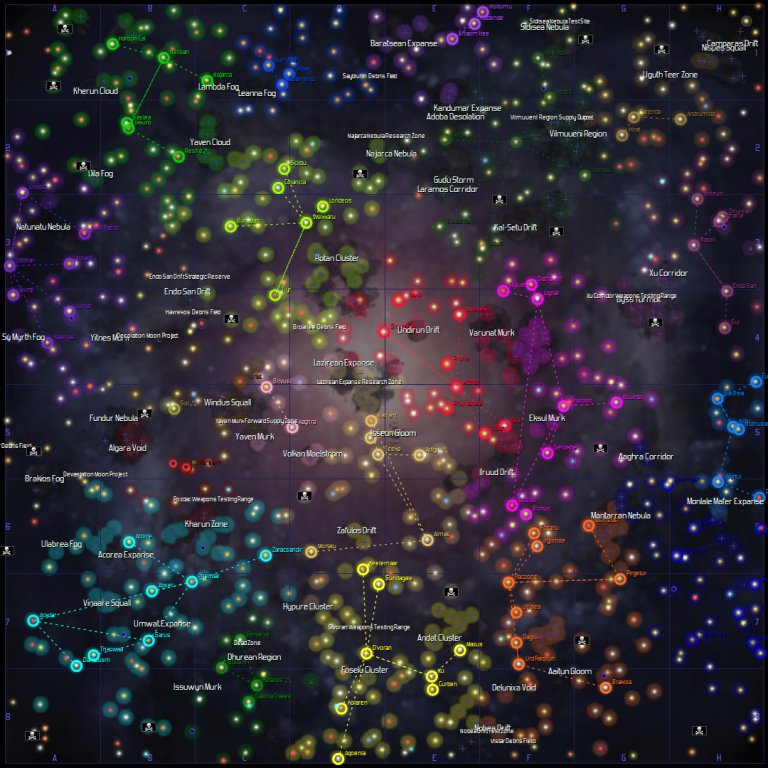 Alternatively, if you don't need all of the features, you can choose which individual parts of the mod to download:

v2.2.1
- Minor design update of bombard, construction and mine cursors.

v2.3
+ Added 53 new & refined pictograms for game's interface.
- Most of the cursors are redesigned or refined.
- New version of galaxy backdrop.

ReShade 4.1.1: This is a generic post-processing injector for games and video software. It exposes an automated way to access both frame color and depth...

Hi! Just curious - does this work properly on DW-Universe?

P.S. Found it(in the attachment):
Matrixgames.com
put it in \Images\environment\overlays\shadow

This is a fix for shadow overlapping planets

For who have some problems for this ****** shadow overlaping planets,,,
just go in images folder, environment, overlays, shadow.
Then, open shading file with photoshop and resize the pic to 552x552 pixels, save and reopen ur game, all is fine !
Seems creator did something wrong with the size, thats all, nothing alarmous.

I am having problems with planet graphics overlaying the new ones, it looks like 2 planets in one. any ideas?

Same here. Any reply from the creator?

It's been a while since I've checked comments last time... Thank you everybody for your kind words!