A total conversion mod for the game

Fahrenheit (Aka. Indigo Prophecy) is a cinematic adventure game developed by Quantic Dream in 2005. It features a large amount of motion captured animation as well as branching story lines, split screen cameras and an interface designed to be intuitive and realistic. Event triggers in the game are also mainly time-based, as opposed to the more common player-initiated progression found in most games.

Some reviews
A VERY well done fan-trailer of the game (the original version, without the HD mod)
The Fahrenheit Developer Diary

I’ve been playing and studying this game since its launch, it has a very interesting engine. Technically speaking it’s incredibly original and stable as well.
I tried to rip and modify the game data but it turned out impossible. I managed to hack the main executable (Fahrenheit.exe) and enter to the “debug tools menu” (a set of hidden tools that Quantic Dreams used to test, analyze and build the game data packages), but couldn’t make too much as it needed several developer files that don’t come with the public version of the game (and that sucks.. seriously, I was one step away to know how do those DAT files work...!) 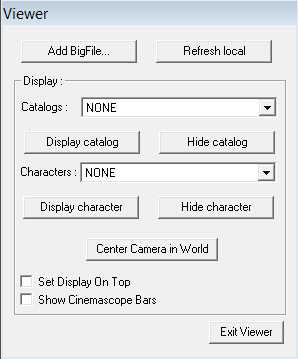 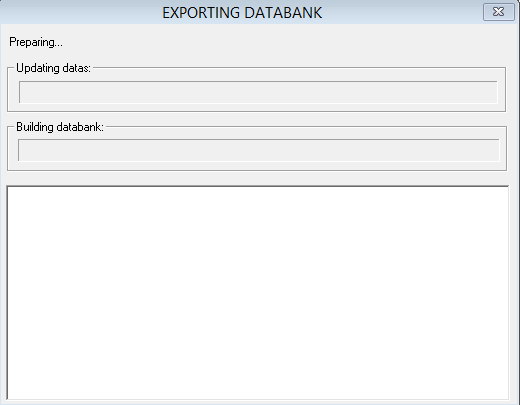 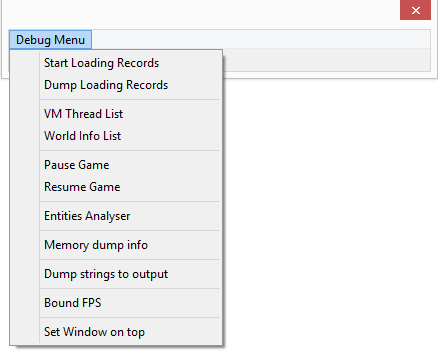 The idea of making a mod of the game didn’t come out until I learned more about the engine. I studied how the game composes and renders every scene and finished discovering the key: Fahrenheit’s engine uses textures for almost everything! Only a few shaders are used (motion blur, zoom blur, HDR, glow, “invert colours effect" and fade in/out effect) and they’re no mandatory for make the game work or look good.
What really makes the game have it’s awesome atmospheres are the filters: a set of translucent textures than emulate advanced effects like screen noise effect (like the ones used in Silent Hill 2,3,4,Homecoming and so), custom colour palettes, reflection effects for mirrors (or water), “old movie” film effects, etc. 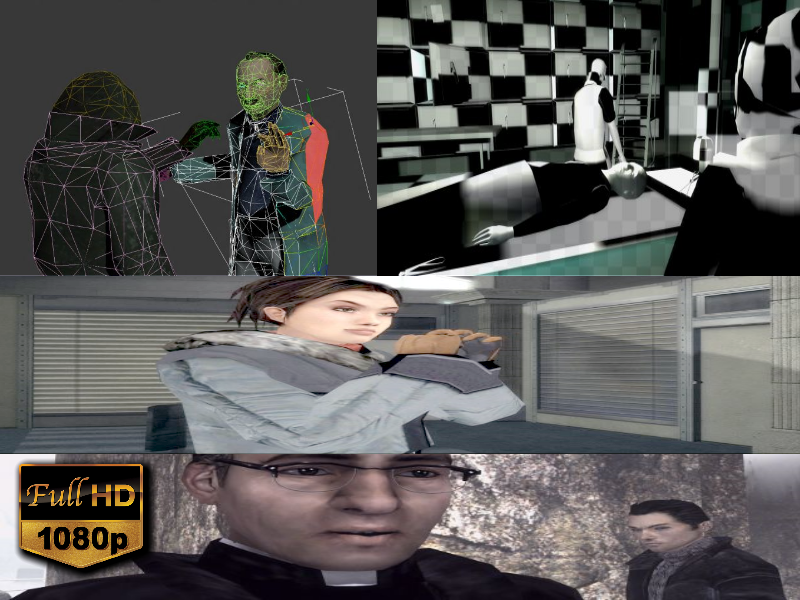 I began using TexMod, uMod and other software I made myself for modding the game textures. I made a 2hour film (just for fun and testing) with the scenes of a personal modded version of the game and the customization power was incredible

After some tests with HD textures in the game (and some ultra-high definition textures for big terrains and surfaces), in August I started working on this full HD mod.

WORKING ON THE BIG TECH DEMO

It's been two long and busy months. I've been searching for some work for paying the university studies and other stuff.
At this moment I can't guess when I'm going to have a busy week or not, but at least I've already finished doing the important stuff and I have some free time to continue working on the mod (maybe working on 20 or 30 textures every 2 days). I left the lastest tech demo almost finished, so I guess I should start with that and let you guys test it once and for all (yeah...).
The last week I hadn't got Internet and I couldn't continue working on the tech demo, (I needed new textures) so I took advantage and made a cinematic trailer for the game principally for showing the textures I've done for the Fate on Russian Hills chapter.
Keep in mind that the new cinematic trailer it's like a CGI concept demo, it's not taken from the game or even from a game engine, it's just a tradicional 3D animation made from scratch (using some models taken from the game and other ones made by myself). I'm pretty new on this 3D modelling stuff (I only made two 3D animations until now), so the quality of the trailer may not be very "professional", but by the other hand it was a challenging work animating the 3D models of the game; making the characters talk and editing the scenes. It took me all week to finish the trailer (mostly because processing the scenes was very demanding for my PC, even at only 360p), but I had a lot of fun making it. If anybody wants me to teach how to make a 3D animation using models from a game, just let me know and I'll make a small tutorial when I have time.

As you can see right now I recovered the Internet access again and I will be uploading new news soon arround here. Also, a friend of mine made a Youtube channel and upoaded all the videos of this website, so you can see them in higher resolution (don't know why but I can't upload 1080p videos on moddb).

I finished all the chapters, everything is remastered... well, not really.

A few days or weeks without news

I'm having a lot of problems with my internet company in Belgium... (...)

Information about the new dual-layered textures for characters clothing.

[NOTE: Please note that this demo is from an outdated version of the mod. It barely represents the quality of the actual version] --Comes with installer...

I don't know. It all seems suspicious. Why quoting, just disappearing from the project all the sudden with no info? Maybe some guy working at Aspyr contacted rudolfarch and asked him not to release a free version and keep things in silence, of his MUCH BETTER remaster, than the official, just to milk money themselves. I bought this remastered version and i have to say it's terrible. Ok, controller support - fine, cloud storage - cool, everything else looks the same, except i'm also encountering glitches which haven't been present in the original game. Many objects are just higher resolution images replaced by far less superior images and that doesn't count as textures, they are just 3D polygons which has IMAGE file on top. Ridiculous. Everything else looks the same and the "cleaner" presentation doesn't have the same atmosphere brought by that grain look of the original game.

This is not what i was hoping for all these years and a terrible way to celebrate soon to be 10 year anniversary of a legendary game weighted down by a horrible remaster, which is just a re-release of the same game with no effort put into it.

If any of you so desire to try this remaster, then download the game on iOS or soon to be released Android version, that's the only thing which is amazing about this, playing on the go. Everyone else stay away from this garbage.

Goddamn... Hope is being lost.

Well, seems like we are getting official remaster after all...

I've come back from the dead to tell you... that all hope is not lost!!

Not all of the textures are enhanced but a lot are (surprisingly), the audio sounds so much better, there's full controller support, Steam cloud saving as well as upcoming Steam achievements. It saddens me that we have to move on and yes, this mod's very much dead, but I was thrilled to see this game once more this morning. So that's all I came here to tell you.

All the best fans.

I thought I should add that the remastered game is "worth every dollar" IF you don't already own it, that is.

Also: achievements should be coming any moment now - the developers who made this remaster were busy with other projects at the same time and it's likely that's why the achievements still haven't come - and the textures are a mixedbag. A fair portion of the new textures are flat and lack any depth but others do a decent job of simply sharpening the game's original visuals. I thought I should mention this in case people got the impression from my original post that the textures are godlike-amazing.

We can make donations, or fund raising, maybe this way it will be finished?

It's dead and has been for more than half a year.

Initially I thought it was just a big break rudolfarch was having, but it seems to have made no progress and no updates can be found anywhere.