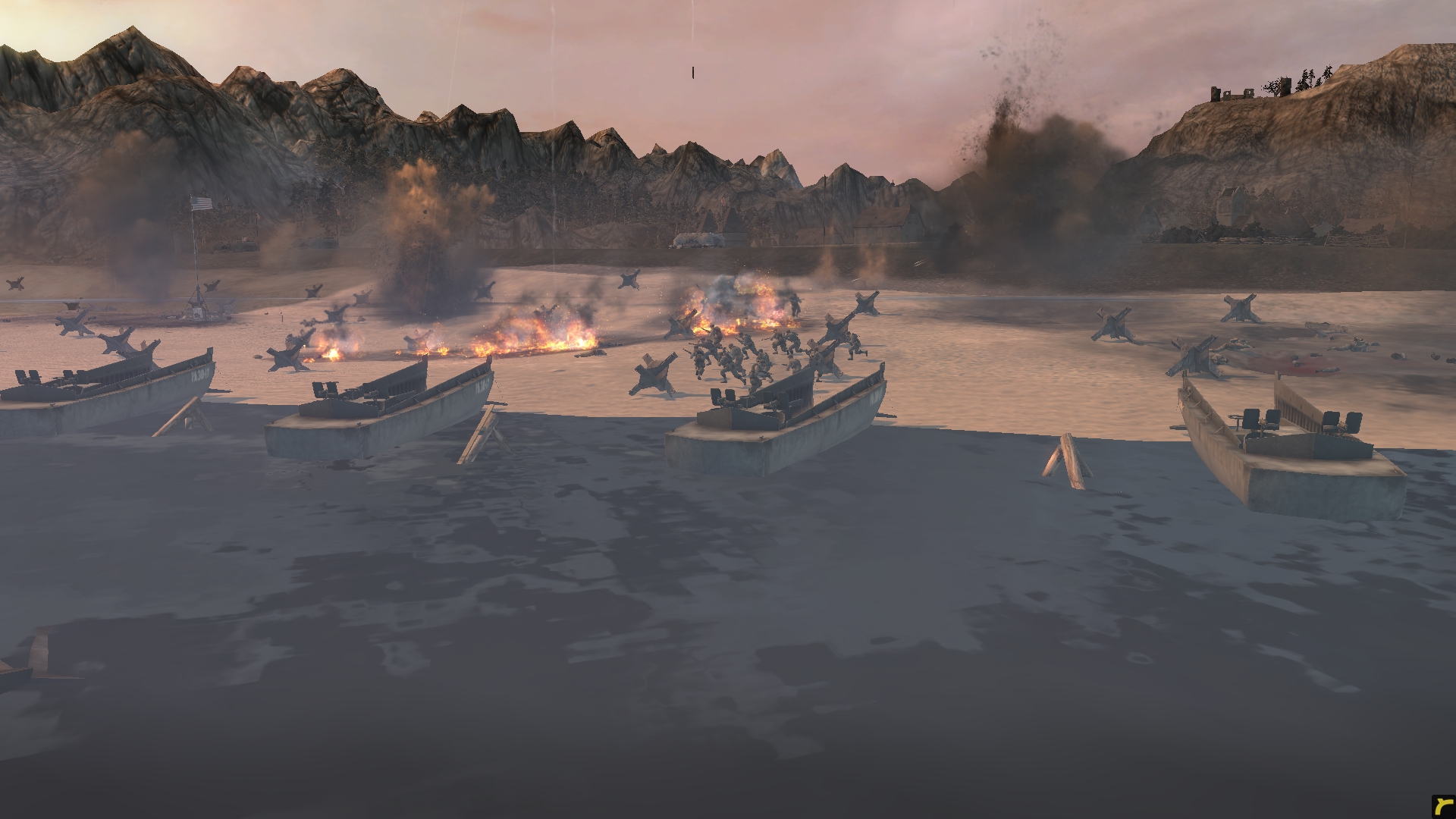 Allied troops landed in Italy from sea and air. During this long campaign the Allied and Axis forces fought fiercely for every hill and every village. Companies just have very few heavy tanks due to the mountainous terrain. Defenses, aviation and artillery are imposed. 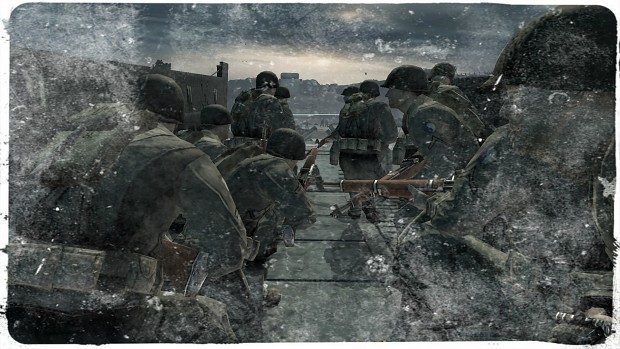 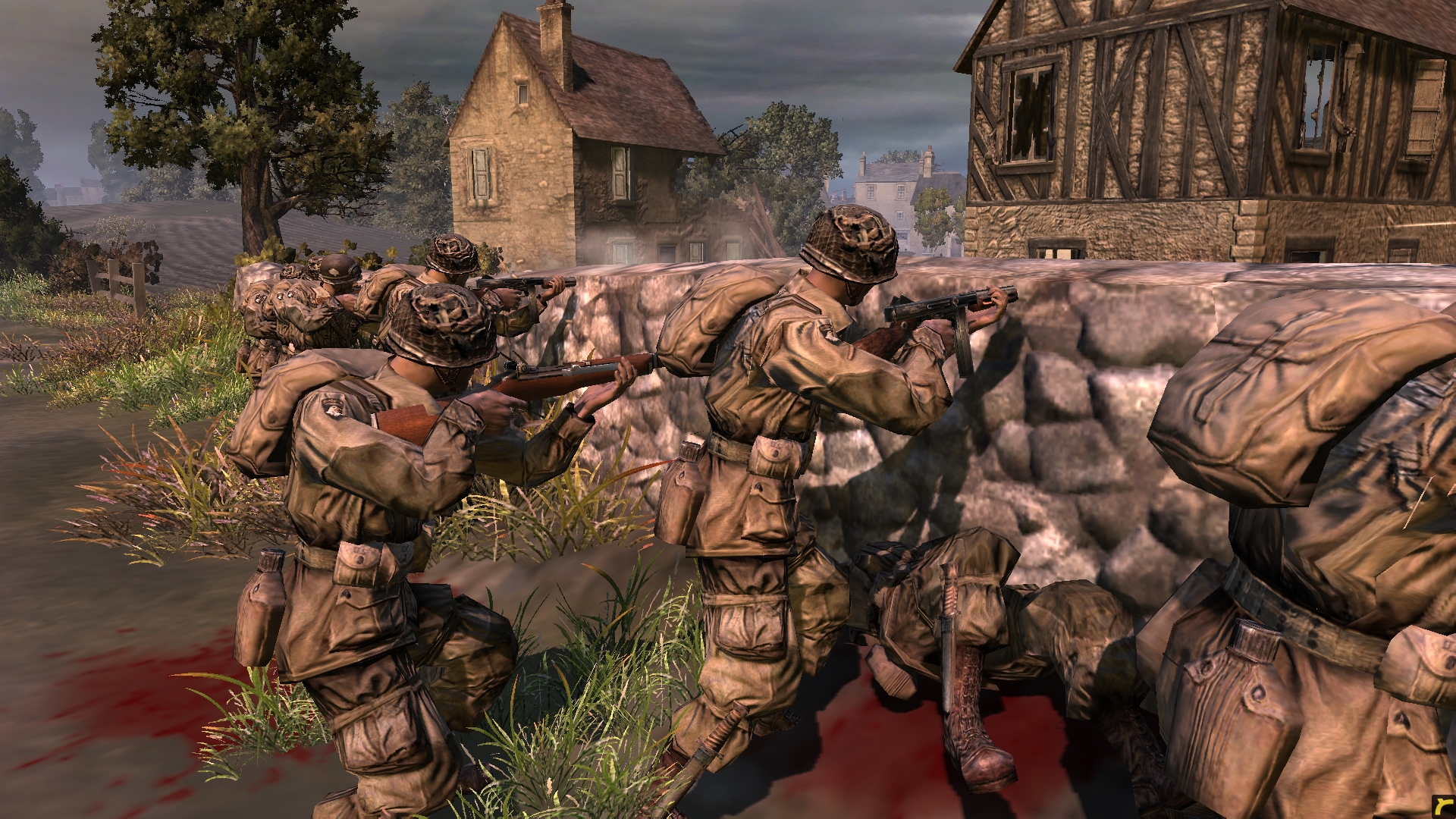 Paratroopers were dropped far from their objectives and scattered, even so achieved most of its objectives. Landing troops took heavy losses on the beaches but finally forced the withdrawal of the defenders. Hedges became death traps for the infantry and Shermans. The German anti-tank and machine guns were hiding in any corner. The Luftwaffe was almost nonexistent and allied air supremacy makes the difference against the powerful axis tanks. 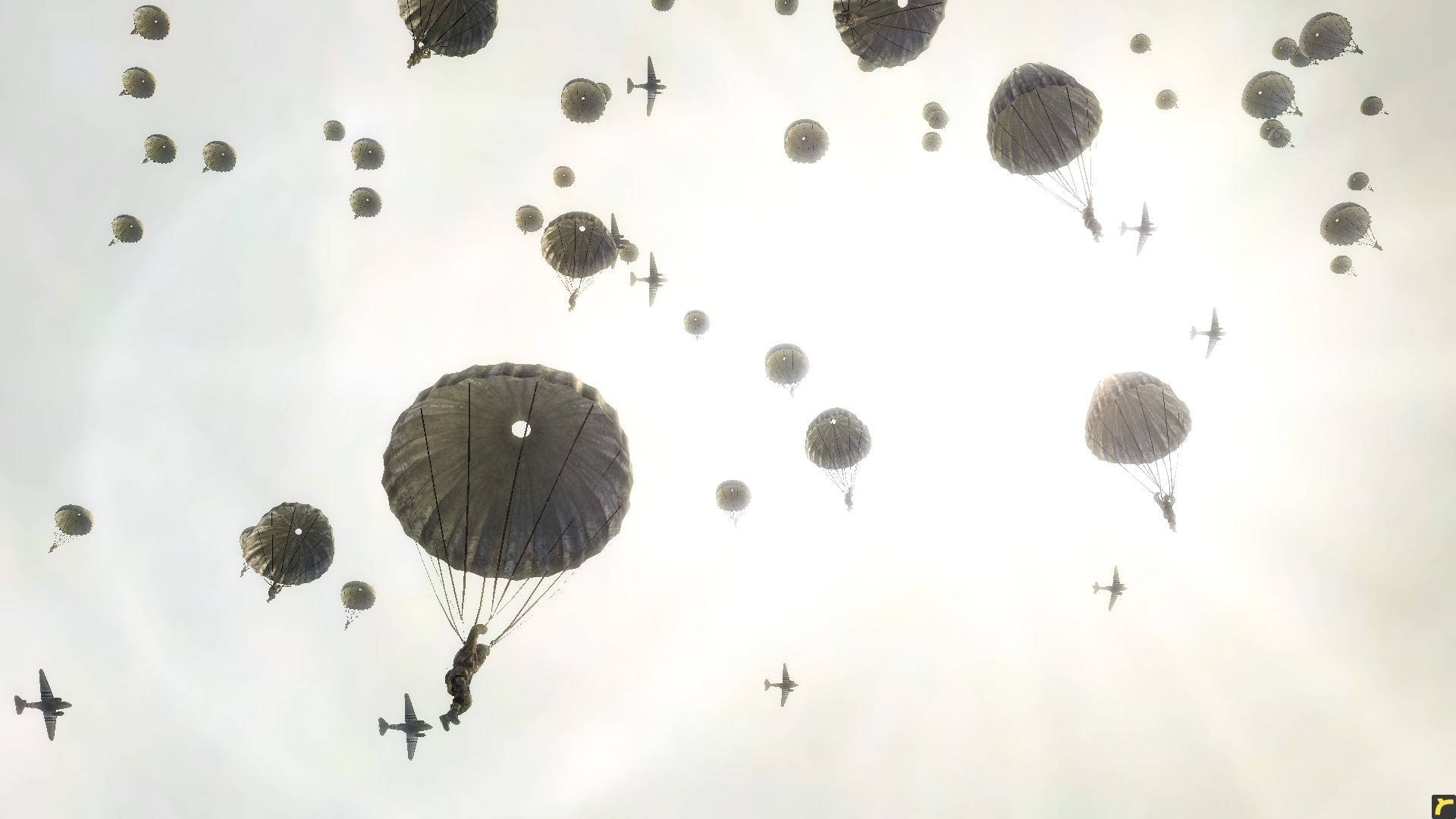 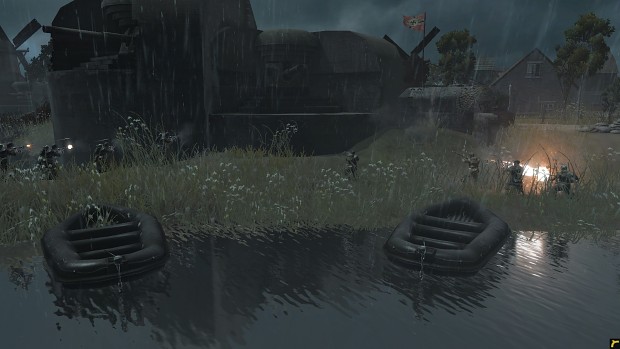 Early morning, following heavy artillery bombardment, a large German force has penetrated US positions in the Ardennes Forest in Belgium and Luxemburg. Allied HQ is hastily rushing reinforcements to the area, to counter the surprise attack and prevent them from crossing Meuse river. 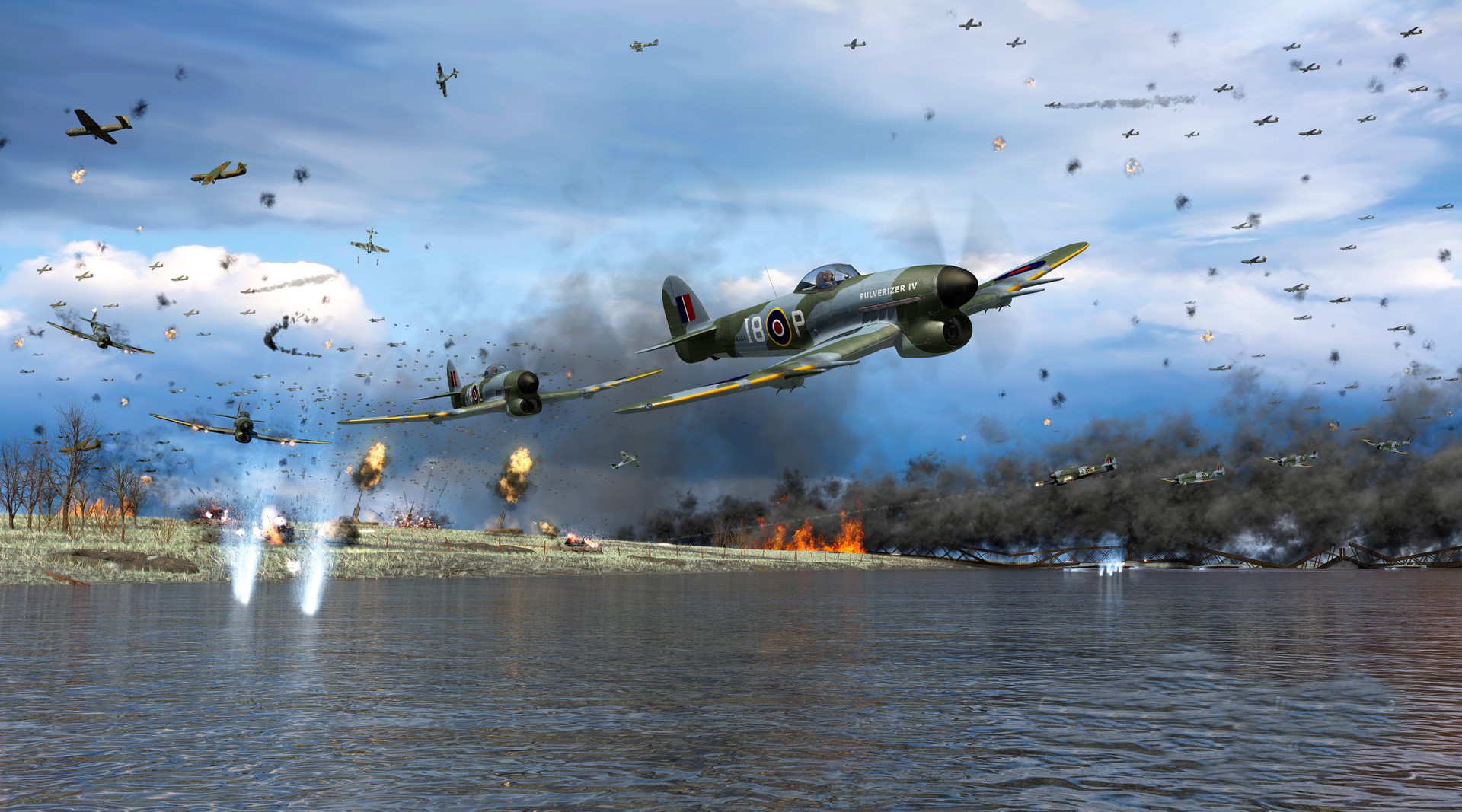 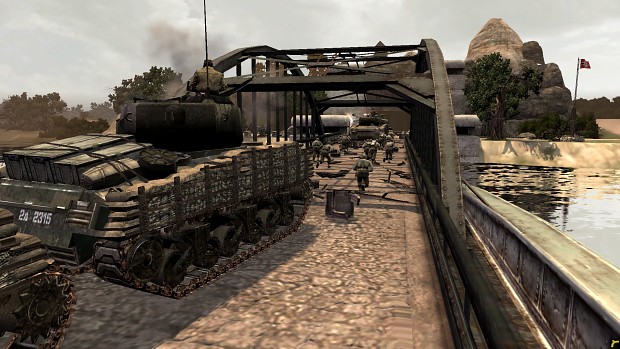 Patton and Montgomery armies prepare to cross the Rhine, trying to secure the bridges, using boats and floating bridges. Gathered ammunition, soldiers and tanks. The artillery constantly bombard the opposite river bank, while the German divisions were entrenched to resist attack. The axis used the remains of the Luftwaffe, artillery and V1 rockets to try to destroy the remagen bridge, but without success. At this stage were used late tanks like the Jagdtiger, the M26 pershing or the T26E1 Super pershing.

Allows you to enjoy new experiences of game: is 100% compatible with the
single-player campaigns, includes CoH: Joint operations
cooperative missions

Some things imported from the Blitzkrieg mod.

eliw00d and inukshuk for their hard work modeling.

Xalibur for share his new fx effects and skins with the community.

Personal assistants and advisers:
Halftrack - historical adviser, botb Dev. (a million thanks for your support!!!)
Twitchy - balance and beta testing

*How do I configure my shortcut to play EaW?
-adds this on your CoH shortcut "c\Program files\THQ\Company of heroes\RelicCOH.exe" -mod Europe_At_War
-for new steam version: 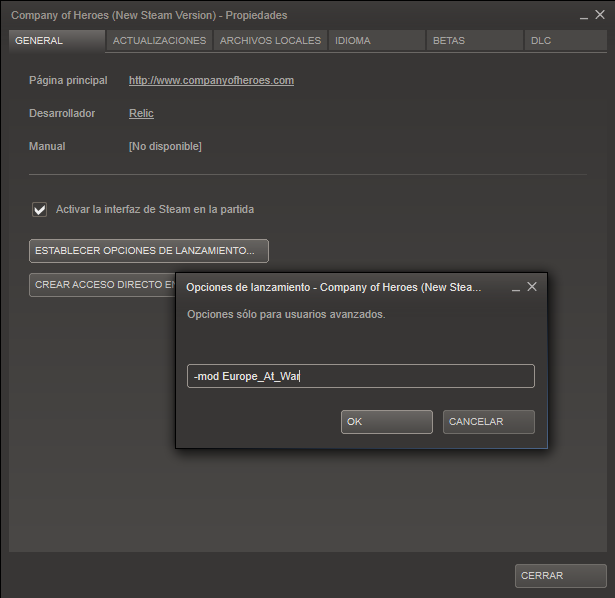 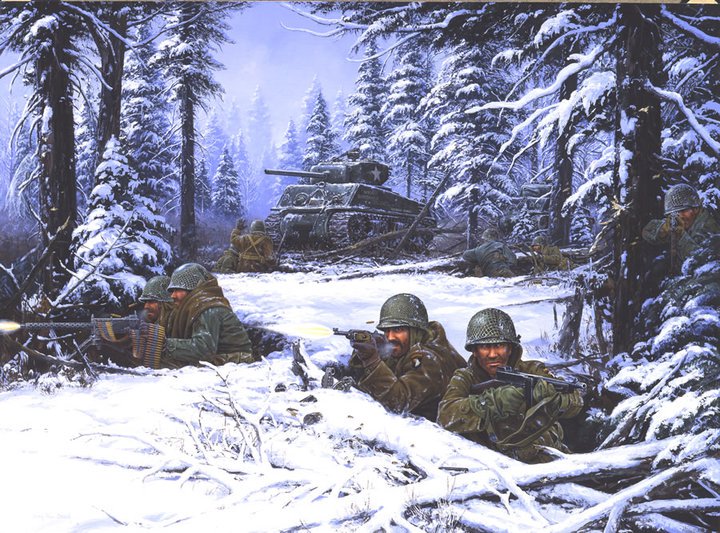 On December 16, 1944, the largest battle the US Army had ever fought in history began among the snow-covered evergreens of the Ardennes forest in Belgium. US intelligence had determined that the Ardennes sector was ideal for the rest and reorganization of American combat infantry units, since, by their research, it was defended by limited-service veterans, severely wounded soldiers missing an arm or an eye, too young or too old to pose a serious threat. As a result, the Army used this area for the training of newly arrived, untested infantry divisions fresh from the States.

In reality, 30 of Germany’s crack divisions were forming up for a counter offensive designed to cut the Allied army in two, and ultimately capture the port of Antwerp. It was the first time in the war that the US Army faced such a well equipped German attack of this magnitude. In combination with a spell of poor weather, German tanks rolled unhindered by Allied air attacks and caught most GIs at the front completely by surprise. The US 106th Infantry division was encircled in the opening hours of the attack, leaving two out of three soldiers killed or captured. GIs up and down the line were in full retreat, with the exception of isolated, scattered groups of tenacious soldiers, fighting to delay the German onslaught.

What the Allied command first thought to be a German counter attack was now confirmed as a major offensive. Units from all over France were rushed to reinforce the “bulge” in the line. Confronted with a manpower shortage, local commanders on the scene began forming provisional infantry units. Soldiers serving in support roles, such as cooks, mechanics, etc., were sent to the front as riflemen.

The Germans had pushed 60 miles beyond American lines before their advance was checked, which finally happened after Patton’s Third Army arrived toward the end of December, and the weather broke, allowing US flight operations to resume. By January 28, 1945, the Americans had pushed the Germans back to their initial positions of December 16, 1944. Nearly one million soldiers were engaged during the six-week battle, resulting in 67,000 American and more than 100,000 German casualties.

Four armies available to recreate one of the great battles of the Second World War.

The Ardennes offensive closed beta is now available on Steam. The countdown has begun.

Europe At War released on Steam!

Europe At War mod is now on steam. You can install and update ir more easyest!

Europe at War 6.1.9 incomming! A lot of new features and fixes for many bugs. Enjoy!

If you know any historical map, or you created one yourself and want to recommend it, leave the link here. A selection of the best will be added in the...

Europe at War v7.2 (not supported)

non steam 7.2 version. This new update removes a few of the Ardennes maps, winter skins, and units such as the Panther/M10. It also adds new stuff so...

Europe At War v7.1 (not supported)

AI error SHOULD be fixed. Requires Europe at War v6.1.9

This mod works perdectly with COH version 2.602. Love it!

does this mod work on coh complete edition?

This mod will no longer receive support? :(

Great mod. But a very stupid AI, even at a high difficulty level. After the middle of the match, he stops making tanks, does not replenish the squads .. It's boring to play.