Endless Summer — is an original global modification for GTA: San Andreas, the purpose of which — with the head immerse you into the atmosphere of summer freedom and carelessness.

The mod is successor of the traditions Spring Season and has dozens of new features and visual enhancements designed to show all the charm of summertime. Modification not violate the orders of the original game, but at the same time brings its own, special mood.

You can: to get sunstroke, to overheated in the sun; to see a very attractive girls in bikinis and people floating in the sea; to get drunk as a lord at the beach bar; dance to the hits of classical rock at night beach party; climb to the top on the Ferris wheel; go to the nature to hunt on wild animals (two species of wolves, two species of bears, foxes); also you can see chickens and rooster in the county and dog with your old friends hunters; set the tent and sleep in it; buy a hunting cabin in the woods and enjoy the chirping of crickets in the late evening and even... investigate the scary mystery of the pirate ship, which resting at the bottom of the bay. This is a real adventure.

Visual improvements include, in addition to the sounds of nature, new textures for some parts of location, trees (included enhanced Project Oblivion 2010HQ), new effects and ENBSeries settings made special for mod and more other.

This mod allows you make travel in the summer, endless summer.

If you are a beginner, try Full Edition version:

Endless Summer. The Ship is released!

Today was released screensaver «The Ship», which is connected with one of the best modifications for GTA San Andreas, Endless Summer.

Users that carefully playing in Endless Summer are know about important role of the ship on the bottom of the bay near the Palomino Creek.

Exactly this ship — is a main hero of the screensaver. After installation, on the screen, in moments, when you do not use computer, will be displaying charming and mystery picture: old sunken pirate ship rests on the bottom of bay; around the ship are circulating flocks of fishes, swimming the turtles, above the water sometimes are flying birds and day is changing to the night...

«The Ship» can play for endless time and have settings (for example, you can use your music instead of default sounds), on screensaver you can lock your computer from undesirable using.

Archive with screensaver contains a versions in different quality for different computers: from low quality to the maximum quality and high definition picture.

This screensaver — is a little gift for people who like Endless Summer mod.

Originally released in 2011, in 2013 mod (with all their versions) was re-released in updated editions on Mod DB.

You can download base Endless Summer mod and three updates for it (Summer Continues, The Real Hunting, Treasures of Sea Wolf), or Full Edition. Also available special version for SA-MP.

Mod has a lot of different feature: high quality graphics, a lot of new and detailed models on the location, fantastic opportunities like set the tent, hunting the wild animals in the forest with your friends hunters, using the Ferris Wheel, dancing on the night party on the beach and more other, and mysterious pirate quest. 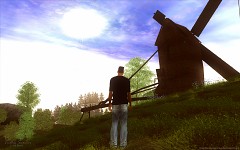 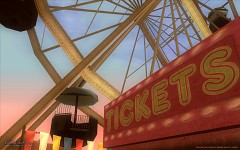 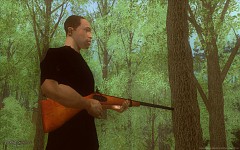 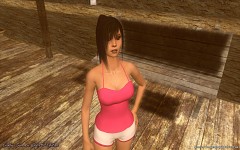 Was released Full Edition of Endless Summer mod: base mod and all updates now together.

Full Edition for Endless Summer mod will be released tomorrow.

Was released the new edition of second update for Endless Summer mod — The Real Hunting.

Full Edition contains base Endless Summer mod and three updates for it.

Users that carefully playing in Endless Summer are know about important role of the ship on the bottom of the bay near the Palomino Creek. Exactly this...

Special edition of Endless Summer for SA-MP mod. For single-player better use Full Edition or base mod and updates.

This is the third and last update for Endless Summer mod — «Treasures of Sea Wolf», the main feature in this update is an quest with same name. In...

This is a new edition of second update for the Endless Summer mod — The Real Hunting! Update is focused, mainly, on the hunting, and adds different...

First update for Endless Summer mod Endless Summer — Summer Continues. This is a new edition (July 2013) of update with new English translation and...

Hey Flame, I installed this mod for gta sa but when I open the game , It closes itself.I tried to find an uninstall program but I cant find any uninstall programs . help me. I want to uninstall the mod but I cant. Please give me an answer quickly !!

Hello and sorry for late answer, I check this page manually time to time. For quicker answer write me in PM. So, the automatic uninstall is not provided, it is better to make a copy of the original game folder before the installation of the mod. For uninstall you can just delete the game with its uninstaller and then the game folder.

Well, about your problem.

Firstly try to delete gta.set file in folder with savegames. This is settings file and sometimes settings must be reset.

Then try to launch the game in compatibility mode with Windows XP.

Also this problem can be if the mod was not installed over the clean copy. Try to reinstall the mod over just installed GTA SA.

Hello, I got a simple doubt that I would like to help me out:

My game keeps quitting while playing, the problem seems to be related when I enter a vehicle or building where Master Sounds radio station is playing. Can you help me out with this inconvenience?

Unfortunately I don't know how to solve this problem, it seems that is not connected with the mod.

I need help:
1. Where is the cave?
2. How to enter the ferris wheel?
3. How to sit?
Hope to be able to answer as soon as possible, thank you!(sorry my English is not very good)

Hello. The cave is in the forest near the Angel Pine. To use the Ferris wheel press E near the ticket window. To sit you can also press E (if you are near some objects, where player can sit according to the mod's features), or install from Bonus folder additional script (to sit everywhere).

yes!Thank you very much for your help!

New video with gameplay of the mod. Youtube.com

The Seasons mods can share some files with old HRT Pack 1.3, but they have own map (maps), including exclusive for each mod textures of the landscape. :)