Divide and Conquer is the biggest Third Age: Total War submod. The latest release was V4.5 on 12th April 2020. DaC V4.5 has a lot of new features and content from all aspects of the game. We hope you all enjoy DaC!

RSS Sons of Durin and the Lonely Mountain

Welcome to Third Age Total War: Divide and Conquer submod! As the current writer on the DaC Council, I am proud to present you with some long anticipated information on the new factions of DaC and the major changes to the vanilla factions. This bio is of the Dwarves of Erebor and the Iron Hills and their reclusive yet powerful nature. All campaigns start in the Third Age 2980, 39 years before the events of The War of the Ring. 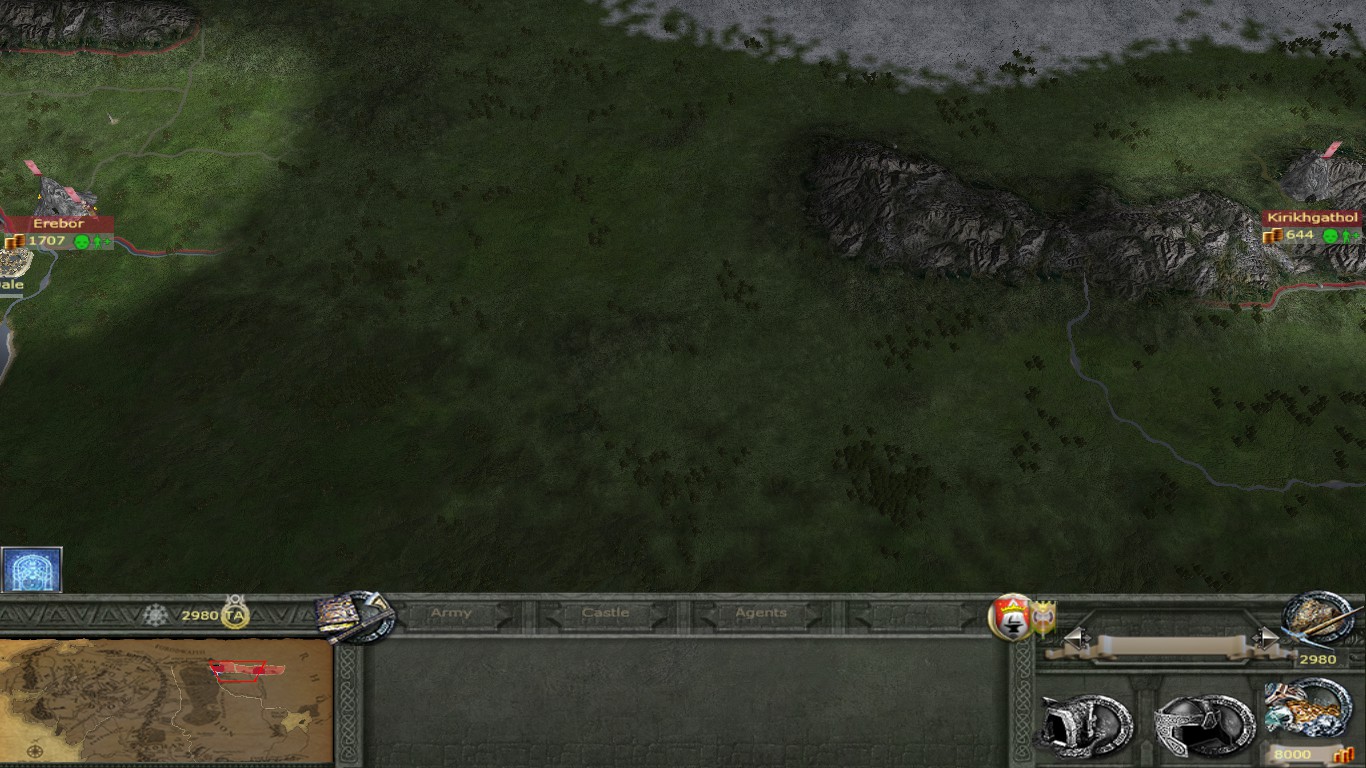 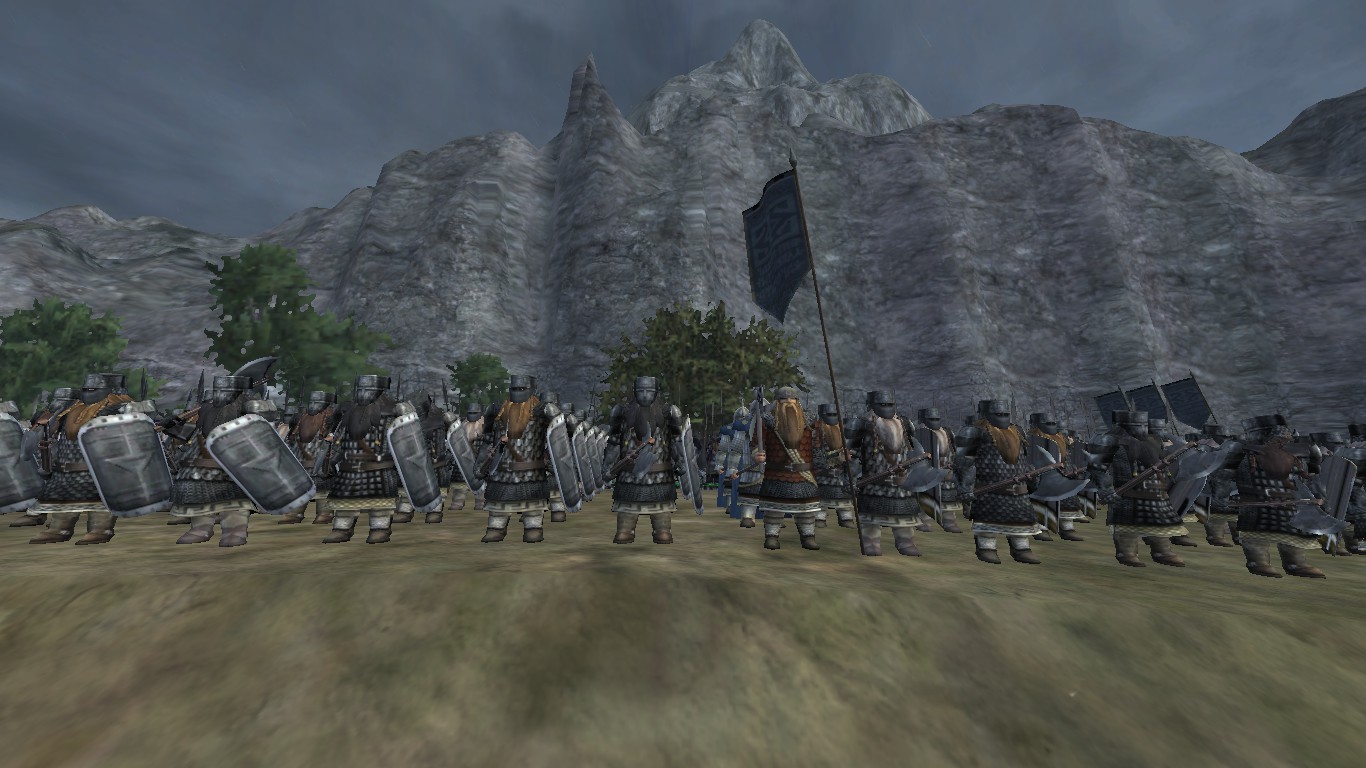 Gameplay Bio: In the north of the world, deep beneath the earth, a long sleeping power begins to stir; the Dwarves have risen. Having not fought since the War of the Dwarves and Orcs and the Battle of Five Armies, the Dwarves have been long at rest and preparing for the inevitability of war. Although content to sit within their mighty strongholds of Erebor and Kirikhgathol and gather riches to surpass all others, they now mobilize for war for the hand of Mordor stretches far and few have the strength to stop his plague like expansion. Messengers have come to Erebor with promise of the great rings of old in return for the servitude of the Dwarves, a life long submission to Sauron, this will not stand and knowing their strength, the Dwarves rise against this evil. The fate of their mountain halls cannot be left in the hands of Elves or Men - weaklings by any standards. No, the ancient race of Aulë will fight to defend their homeland and many Orcs will fall under the wrath of the Dwarves. Hammers ring throughout the halls of the earth, furnaces blaze, axes hew and the ground shakes as the Dwarves march to war!

Sensing that the Easterlings and Orcs of the Mountains will rally under Sauron's banner, King Dáin calls upon all that he can to answer the call of war and many come. From the deepest and darkest places of the north come the simple miner folk, hardy and skilled with an axe, they fight with a grim determination but little else, hewing many an Orc but often leaving many casualties of their own in the process. It is within the ordered and well armoured ranks of the 'soldier class' that Dáin finds his strength; these Dwarves are veterans of many past wars, they practice day after day to ensure that their skill surpasses all others and they take to the field in ranks of Pikemen, Halberdmen, Shielded Axemen, Heavy Axemen and Crossbowmen. Making up the bulk of the Dwarven force they are well known throughout the north for their dependable and staunch morale. However, tactics have changed over the years and the vile folk of the east use armour piercing weaponry to bring down many a sturdy dwarf so, Dáin has called upon the finest smithies he has to create a universal and mighty armour for all of the soldier class; hoping that this new armour will resist even the dirtiest tactics of their foes. Knowing that this problem falls on the shoulders of all Dwarves, Dáin sends messengers to the far off Orocarni, the roaming bands of Dwarves in the Grey Mountains and the mercenaries in the Misty Mountains; fortunately for the Dwarves, all three answer the call. From the Ered Mithrin come the greatest warriors of the north, the Dragonslayers. Having spent years earning their name, they are a formidable band of warriors, armed in heavy armour and wielding sturdy weapons and a burning hatred of all the followers of Melkor; they can lay waste to hordes of Orcs with ease and relish the opportunity. The Mercs of the Misty Mountains send their best warriors to Dáin's service, the 'Sons of the Fallen'. After the great battle of Azanulbizar many Dwarves could not let go of their hatred of the Orcs, they took up the armour of their fallen fathers and began roaming the Misty Mountains bringing down any Orcs they found. After a time they began to sell their skills to the highest bidder as their desire for wealth overcame their want for revenge and they grew in reputation as the finest Dwarven warriors many had seen. Now they fight with Erebor and together with the Dragonslayers, they make up the finest ranks of Dwarven warriors; armed with mighty spears and strong armour. Lastly messengers have arrived in Erebor that they are not alone in this fight as the clans of the Orocarni will fight with their brothers, sending many warriors of great skill but they are yet to arrive in Erebor... 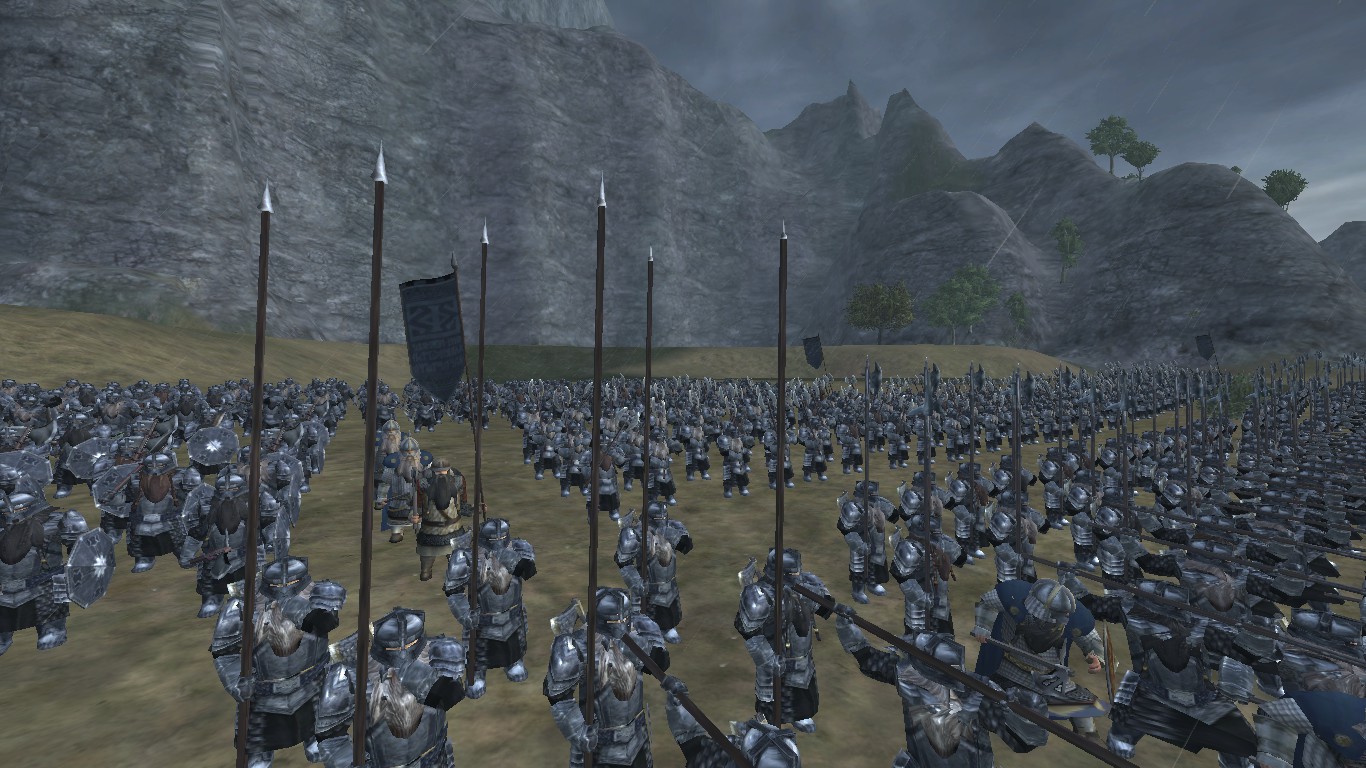 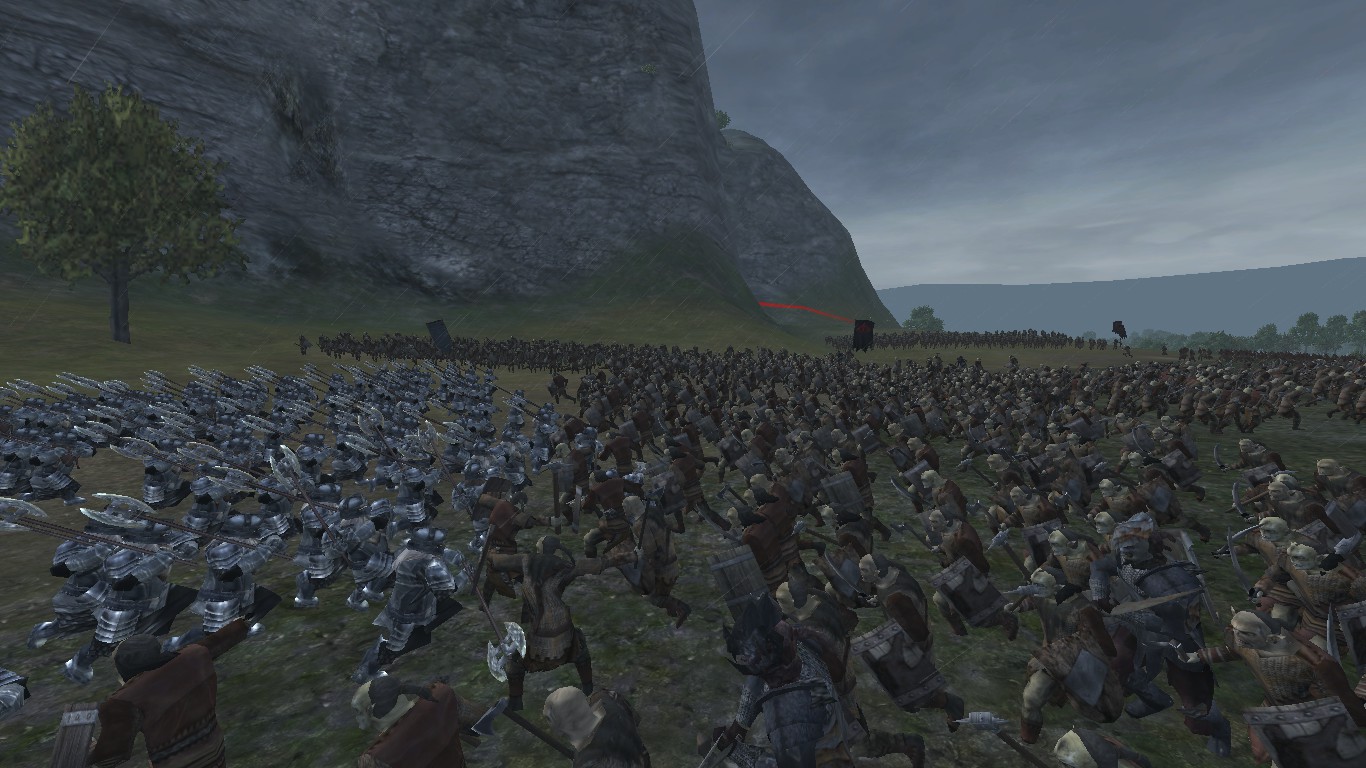 Gameplay Tips: The Dwarves have the finest heavy infantry in Middle-earth but they lack cavalry and skilled ranged units so many battles rely on sheer numbers and brute strength. It is advisable to push south and support Dorwinion as the Easterlings mobility and armour piercing skill can cripple the Dwarves. The Orcs will never threaten the west unless Dain's Halls are taken, then they will come back with a vengeance!

Awesome bio Galu. And those units are stunning!

Here is the bio translated in French: Mundusbellicus.fr.

did you use hobbit movie scenes in dwarves campaigns