It was said that the Goddess of Beauty and Love herself created the Island. She created it for all the enemy races and fighting factions of Tamriel; as a haven in peace and tranquility, where all petty grievances would be forgotten, and there would be no cries of war and no clash of arms. She painted Her island like a piece of art. She made it with lush forests, streaming rivers and fertile farmlands; She raised mountains in the north and in the west, made beautiful islands and painted endless plains. She made the land for a beautiful people who She drew from all the races of Tamriel.

The People of the Goddess worked the land and erected great buildings and monuments; they explored, they learned and they grew in numbers. Their achievements were many and their society grew strong, although the road ahead was sometimes rocky and rough. The Island of the Goddess became the Paradise in Tamriel that the Goddess had planned for. Indeed as close as could be with mortals and not gods running it.

But in the far west, the snake in paradise raised its head. The dark Deadtree Clan formed its black legions and stormed down from its prison in the mountains; to conquer, to pillage and destroy the peace She had installed. Angered and spurred by their devilish gods, they broke through, grew their numbers, raised their barbarian banners and set the march east to destroy civilization and beauty once and for all. Dibella's beautiful island was about to be torn by war and fire.


A month before the release of Skyrim, I give you the Västhelm Expansion for Dibella's Watch. This expansion comes with a new northern island kingdom called Västhelm which has an interesting quest tied to it as well. The whole island is Skyrim-inspired, of course. The expansion also works as a patch; fixing previously found bugs, but also adding to the Land of Dibella's Watch in other respects. There is more landscaping, more work done on existing questlines and even masses of new meshes for you to enjoy. Oh, and I need to mention the new in-game map as well. I put a lot of work into it this time, and it's smashing, if I say so myself. 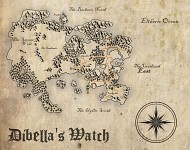 To start the Västhelm quest, you need to sign up for the Crusader Army at Castle St Graecius in the Western Deadlands. Once you've earned your sword and rank, the Crusader Lord Marraldor will continue to give you quests tide to the Crusaders, but you can also ask him for an alternative assignment, which will send you off on a diplomatic mission to Västhelm, which then develops into more than just a simple diplomatic assignment. Follow the installation instructions when installing! For those still having problems with the installation (although it's pretty easy and straightforward), I've written a FAQ with everything explained in great detail. This FAQ is included in the download. 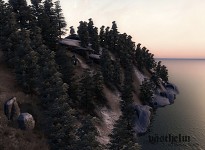 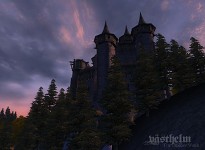 Landscaping has been done

Dibella's Watch came in second in the TesNexus File of the Month voting for September 2011. It is a great honour and success for this mod, to say the least. It was beaten only by Unnecessary Violence, and that mod is created by a man who can control the game with his mind (I'm actually not joking), so it feels great that this can only be passed by greatness like that and indeed took an honourable second position! Thanks to all who voted for Dibella's Watch, and please do continue to vote for and endorse this project. 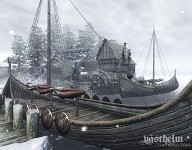 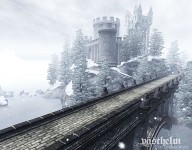 Dibella's Watch isn't done, y'all! I'm still working on it. Now comes the time for patching and correcting small problems as well as adding all the new stuff I can come to think of. So, continue to report problems and give me suggestions. I'll be here, working on this, at least for a month still. When Skyrim comes along, I will disappear into my darkness for a while, only to pop on out again with more great mods for that game as well! Yay! Can't wait!

Download the Västhelm Expansion for Dibella's Watch here on ModDB. 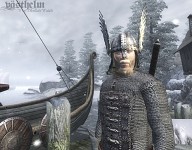 Read more news here on the upcoming Dibella's Watch expansion, Västhelm. It will be absolutely smashing!

Some words about additions to Dibella's Watch that have recently been created and will enrich your gameplay.

The Patch for Dibella's Watch is here, fixing problems, correcting issues and generally making the mod work even better.

While I'm working on the Patch, here's some progress updates and some tips for downloads for Dibella's Watch.

The expansion of Dibella's Watch adds new quests and new lands to explore, among other things, including the northern kingdom of Västhelm.

This is the Full Version of Dibella's Watch, with all of the massive continent designed, the Main Storyline Quest complete for you to play and lots, lots...

This mod seems interesting for me,but sadly it crashes immediately when I arrive at the island. I have the GOTY edition of Oblivion with Oscuro's Overhaul and Qarl Texture...perhaps a conflict?

Just a remainder. Oscuro's Oblivion Overhaul conflicts with mostly any other mod out there that does not already have a patch for it. It's not actually meant to be played together with a lot of other mods. On certain aspects it even conflicts with the official DLC's.

You must have put a lot of work into this mod. More effort than most mod makers anyway. I think it looks really awesome.

Thanks. It was a lot of fun to create :)

Thanks! I'm making good progress on Frontier, but it will be a while still. Here's my development blog for Frontier for Skyrim: Frontierskyrim.wordpress.com

i have some troubles with this mod.. whole cities are above surface of the water. there are no lands,.. but only waters...

i dont know what the problem is..

It is a load order issue, and very easily solved. Take a look at the FAQ here, which will answer your question in detail. Moddb.com