This mod aims to replace certain textures of oblivion with higher resolution versions as well as recolor some of the them to resonate better with the look of the other elder scrolls games. My aim is to remove the blurry and plastic look from the game. This mod assumes that you already have qarls texture pack III aswell as a face and body replacer installed. It will tackle the textures these mods have not touched. Especially the clothes and armor aswell as the realms of oblivion.

Oblivion Retextured - The caves of Oblivion

Hello and welcome to a small update!

I'm done with the realms of oblivion! However, there is some tweaking that still needs doing so you'll see screenshots of the oblivion plains in the next update. This update will focus on the caves. I gave them darker, more broody textures so they have the appearance of volcanic rock which seems most appropriate. Lit section glow in dark red and you might need a torch for the unlit sections. All in all I'm happy with how it turned out, but lets take a look at minor tweaks first: 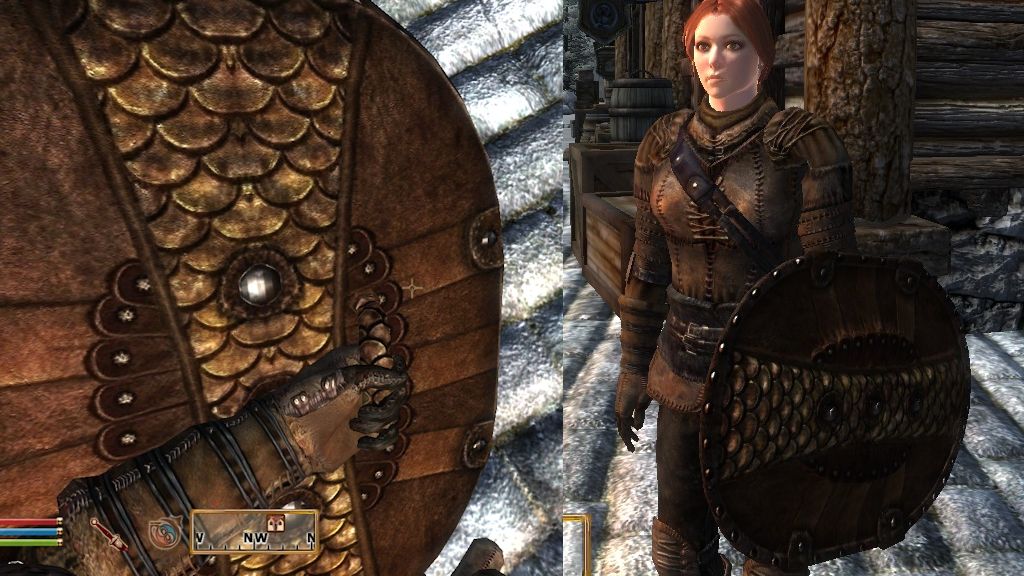 I have adjusted the leather shield to go better with the regular leather armor. The stark color difference was because there is another leather armor set in the files that seems to be unused in oblivion. (its active in some mods) The shield belongs to this set. The actual leather armor as seen on this screenshot was originally intended to be used as the thieves guild armor (at least so it seems). The new shield has higher resolution and detailed as well as darker leather. 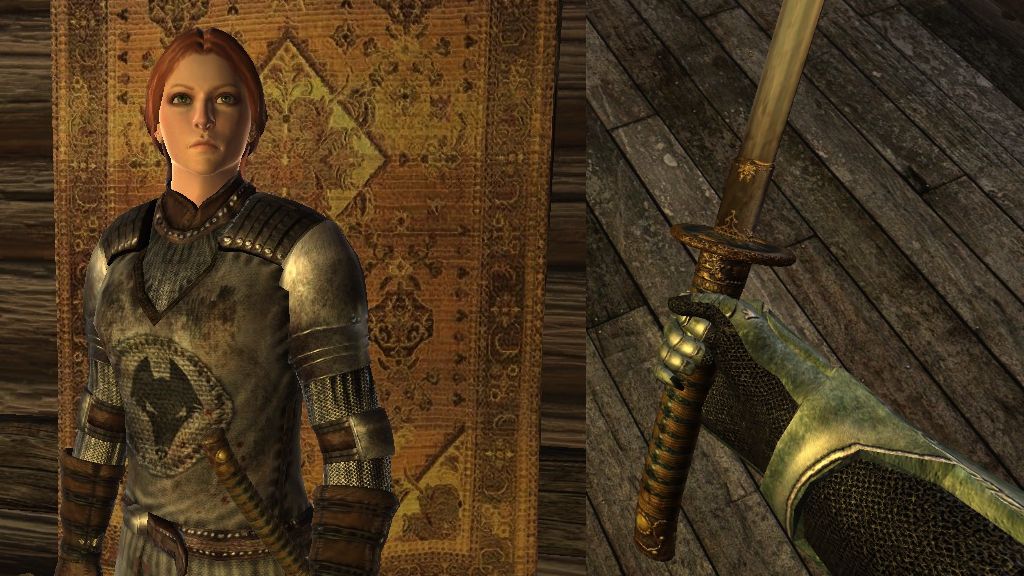 Here you see the amelion-gloves with high-res chainmail aswell as a dirty Kvatch armor. Seeing how Kvatch was reduced to nothing but rubble, it felt appropriate to add some dirt and blood on the guard armor, seeing how they likely fought very hard before the players arrival at the scene. 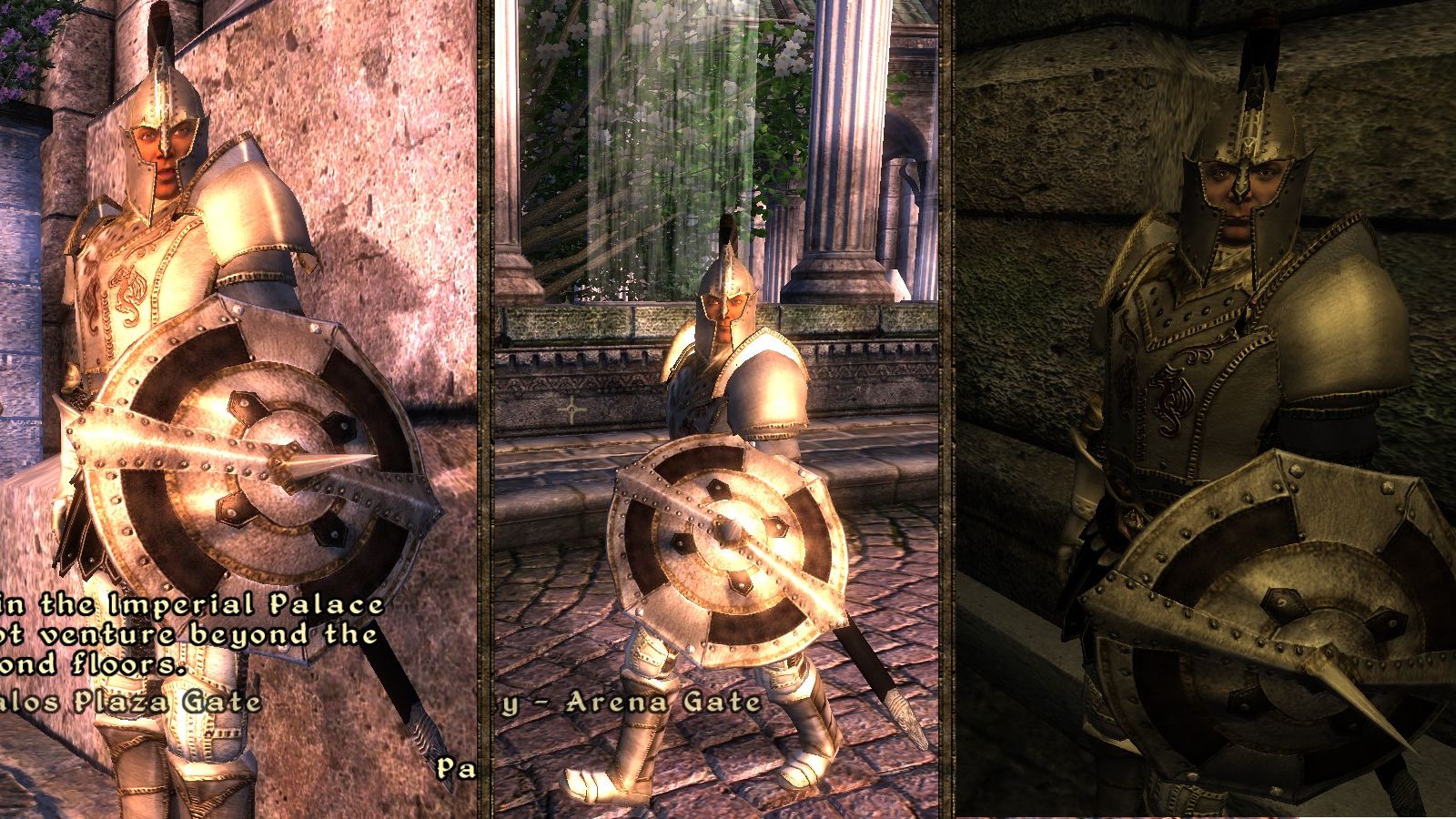 I gave the palace guards armor a more metallic and less glittery appearance.

The Mithril armor needed only minor tweaks, in my opinion: 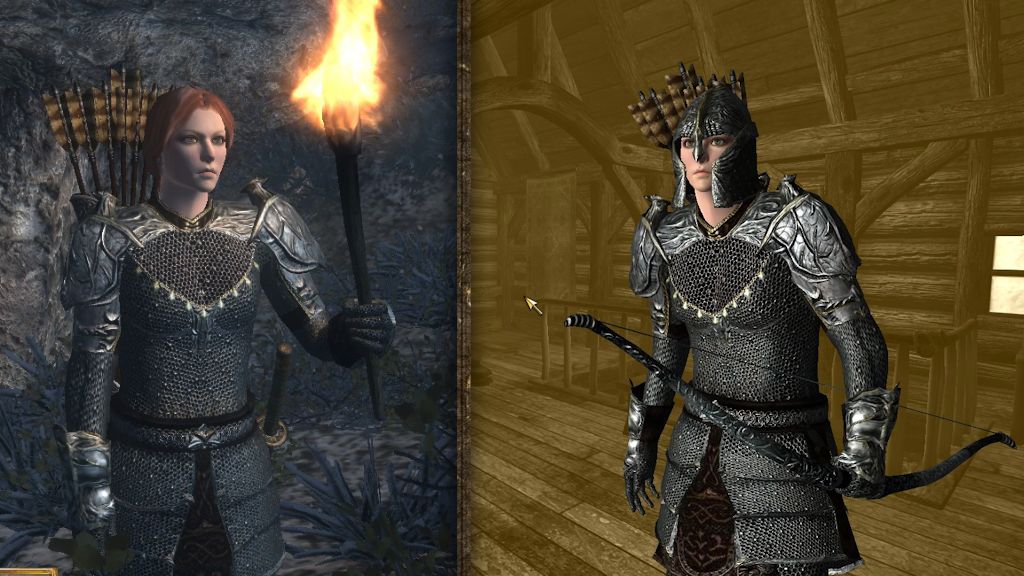 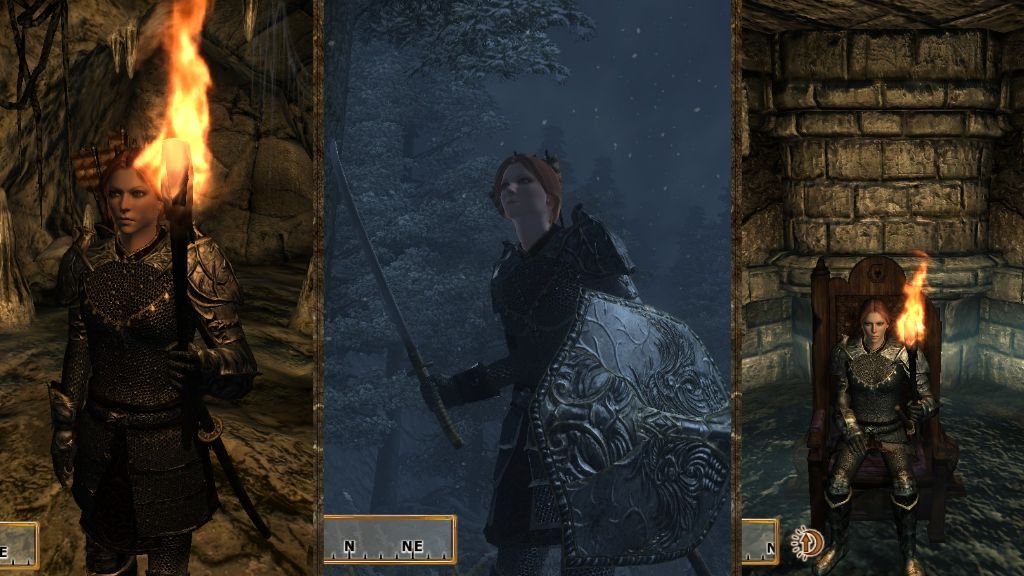 The new texture mostly differs in tone. Its less affected by the HDR rendering and goes better with the new chainmail, elven and glass sets. It also looks more like armor made of shiny metal rather than some kinda synthetic fiber. (the original always had that vibe for me). 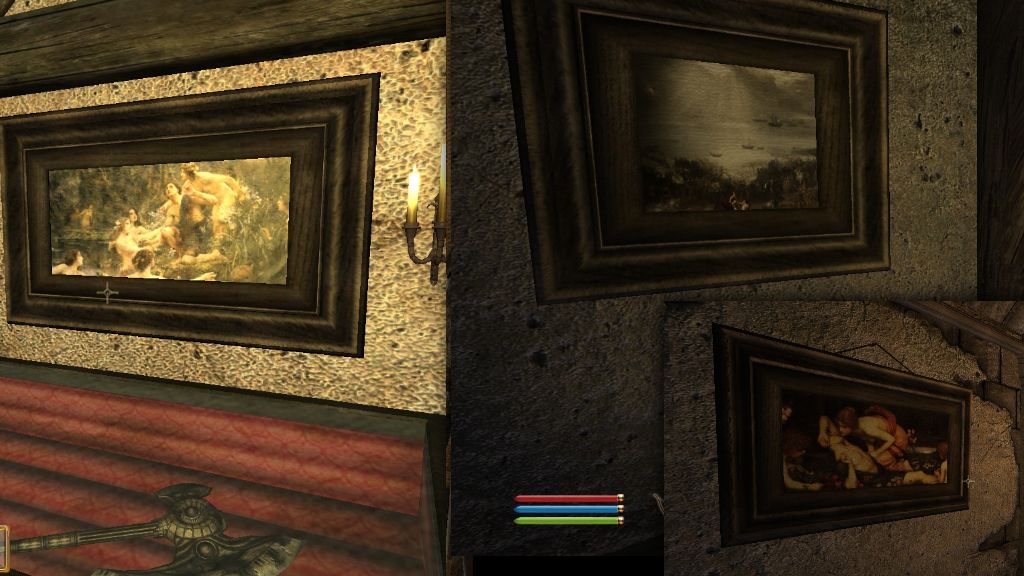 And the Oblivion Caves: 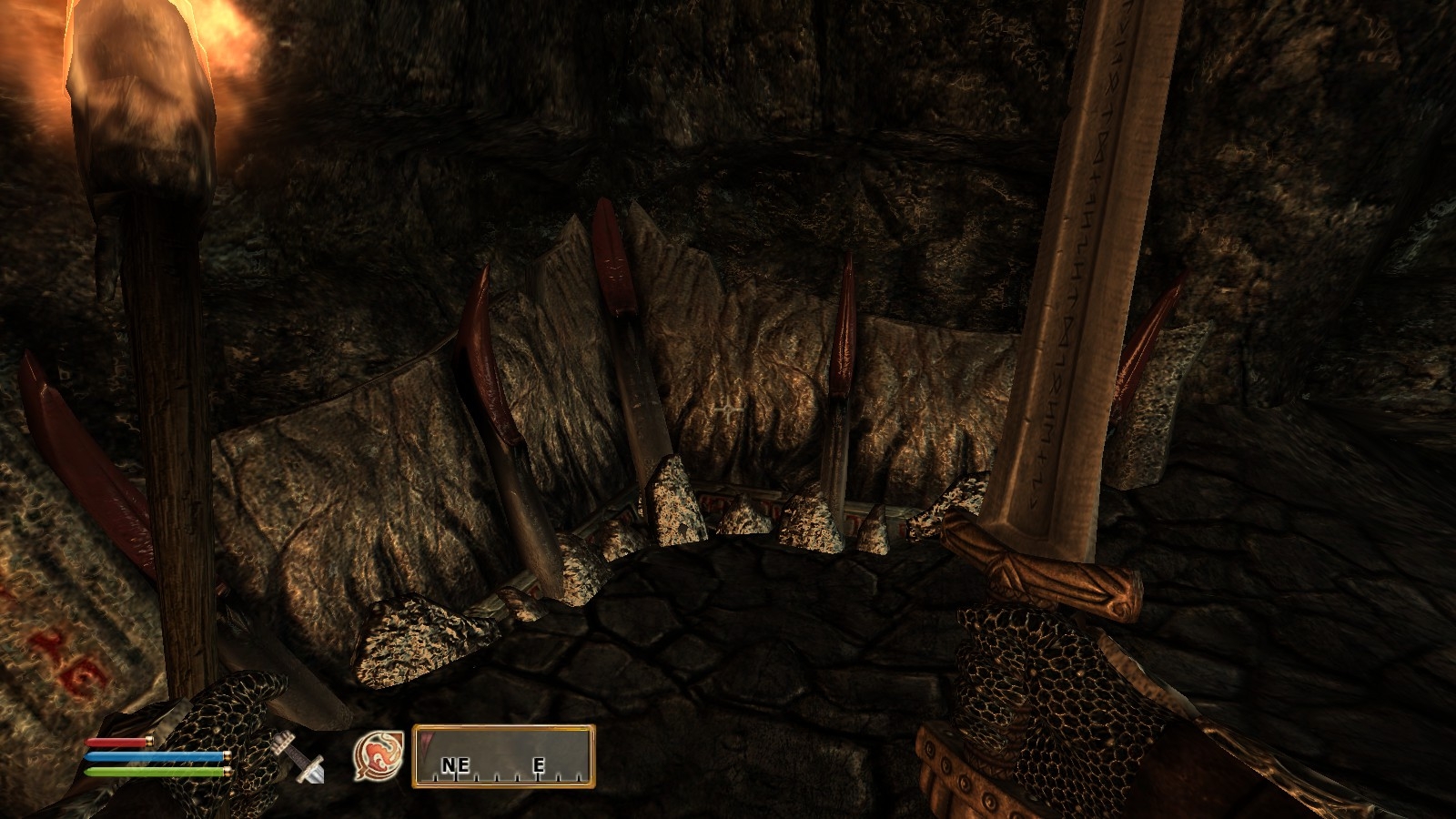 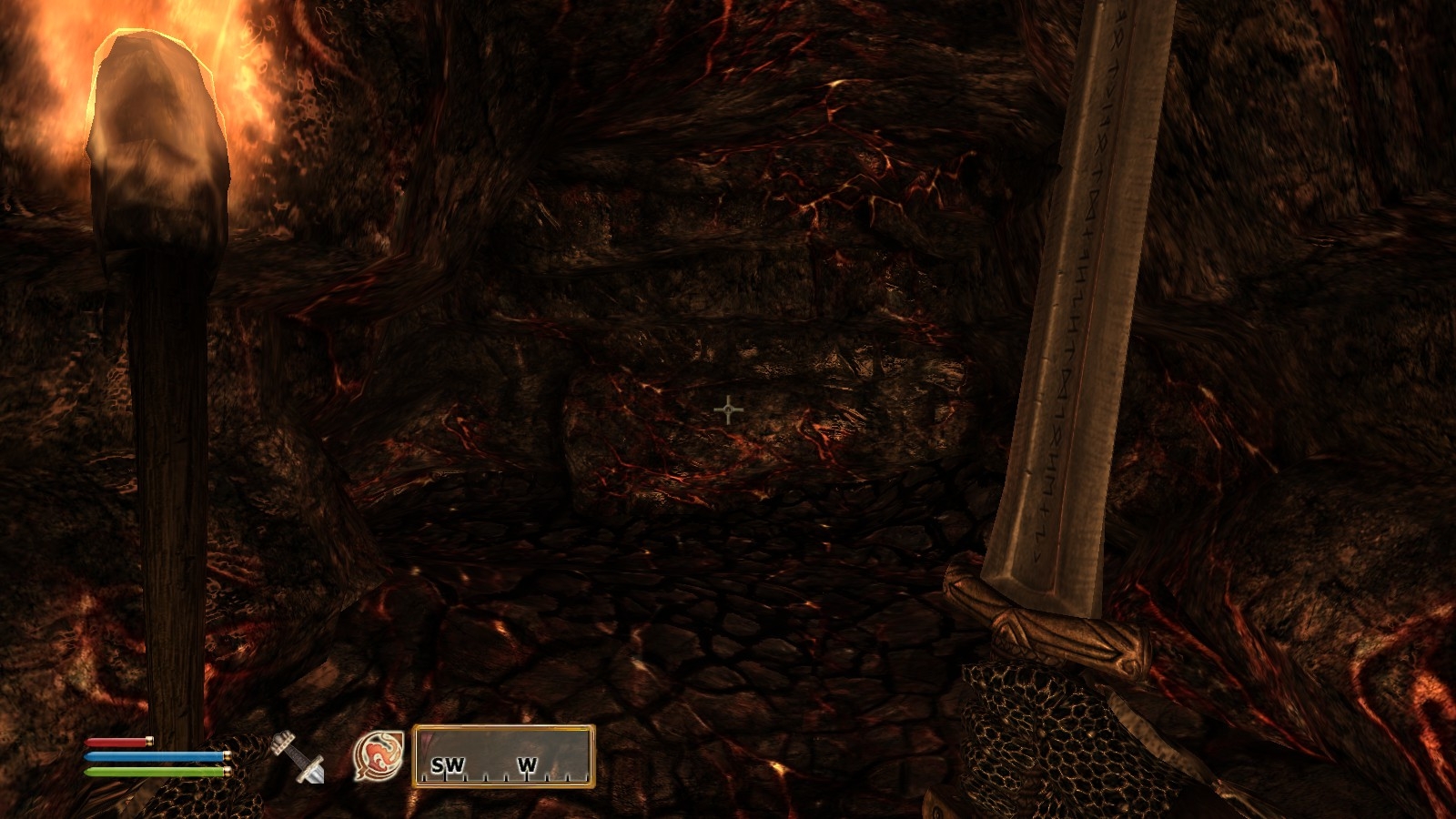 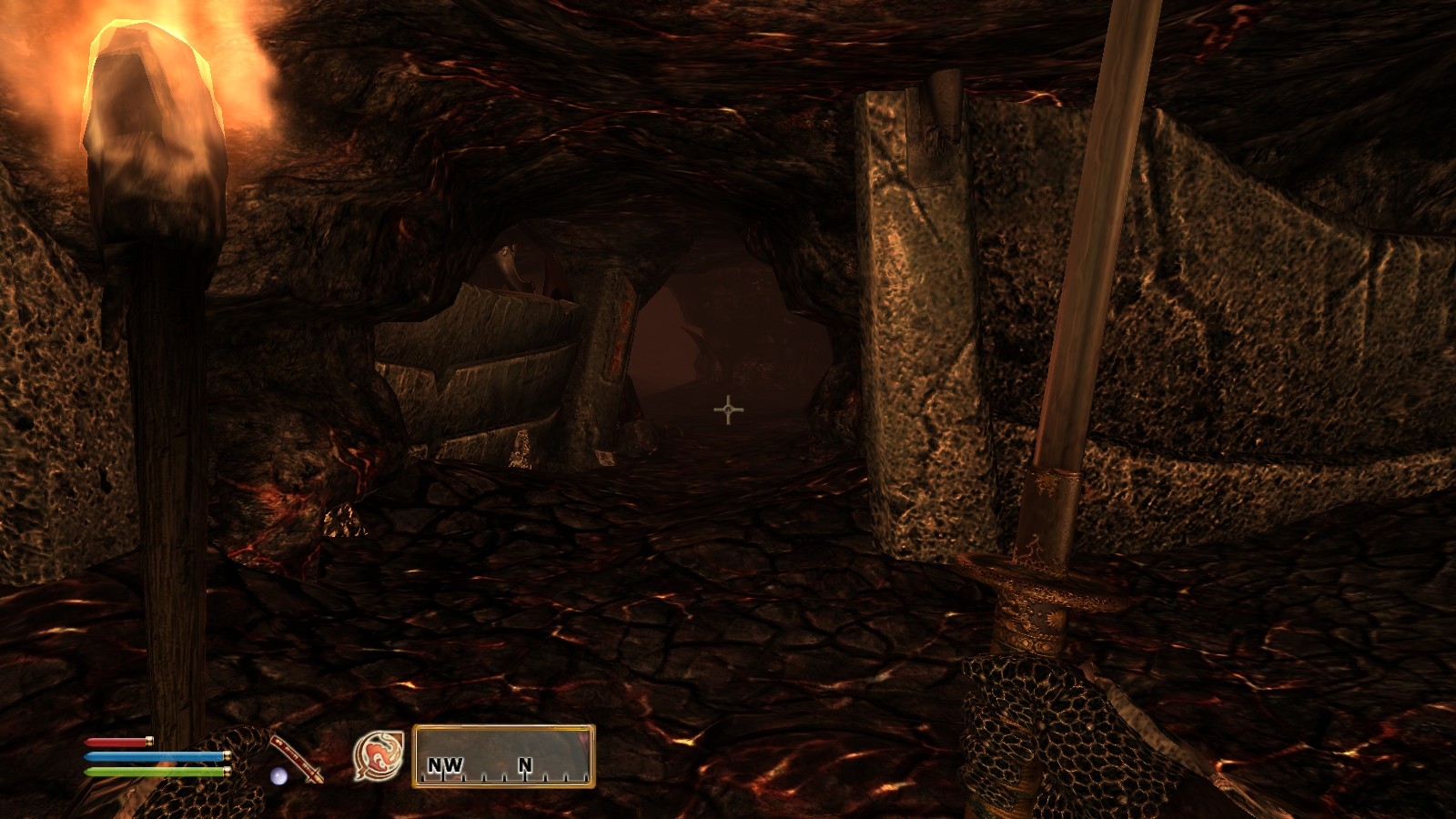 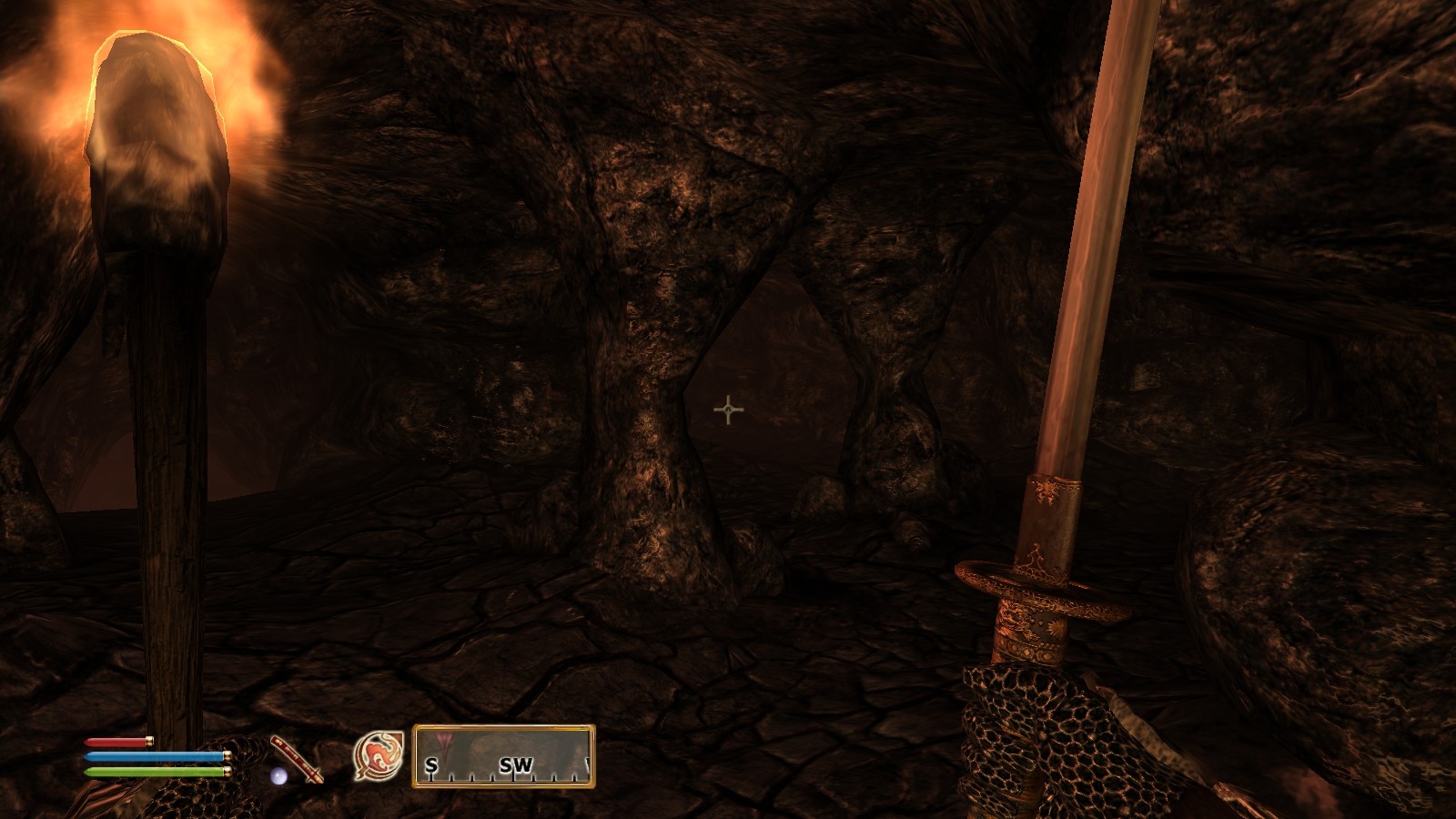 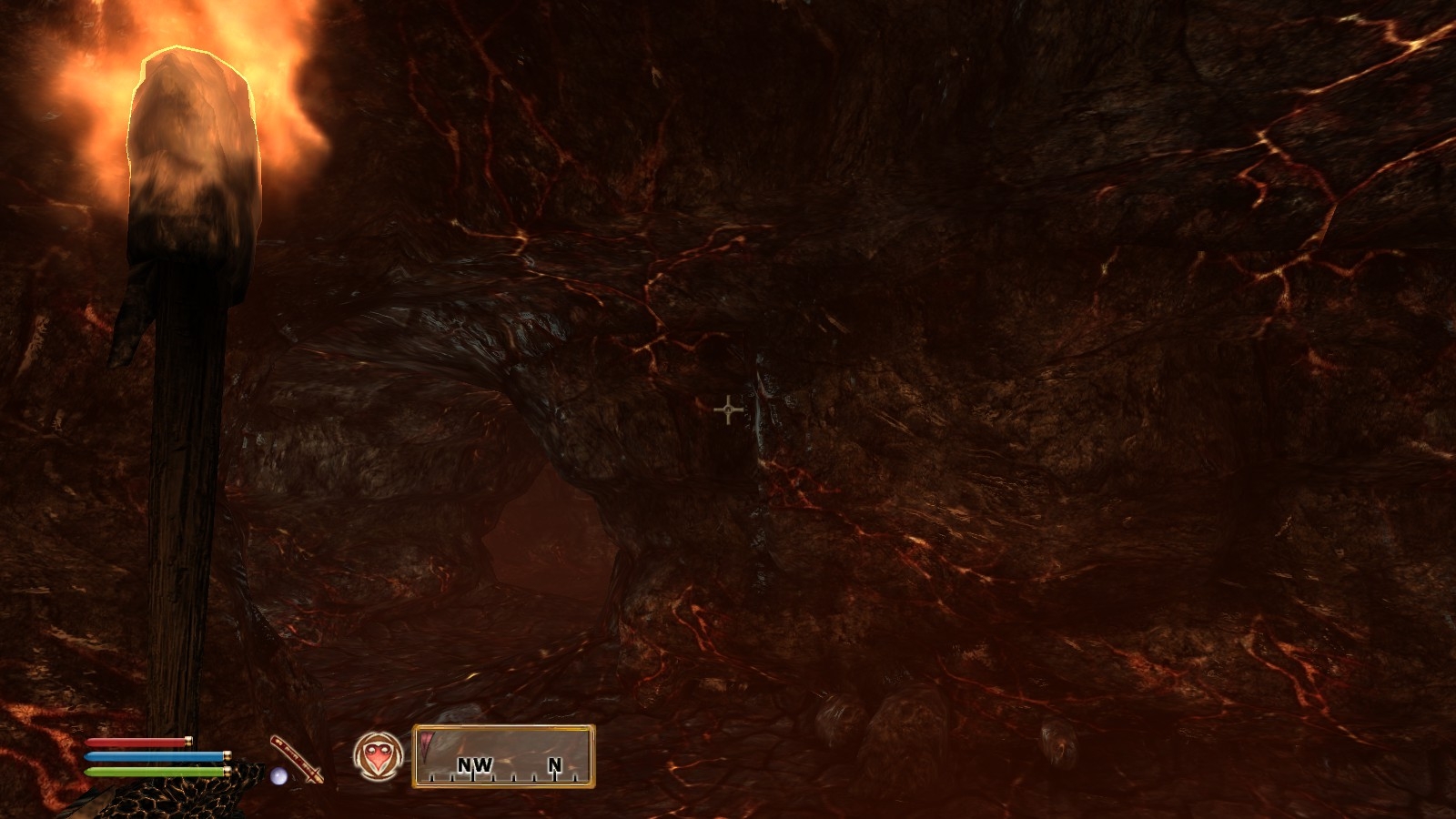 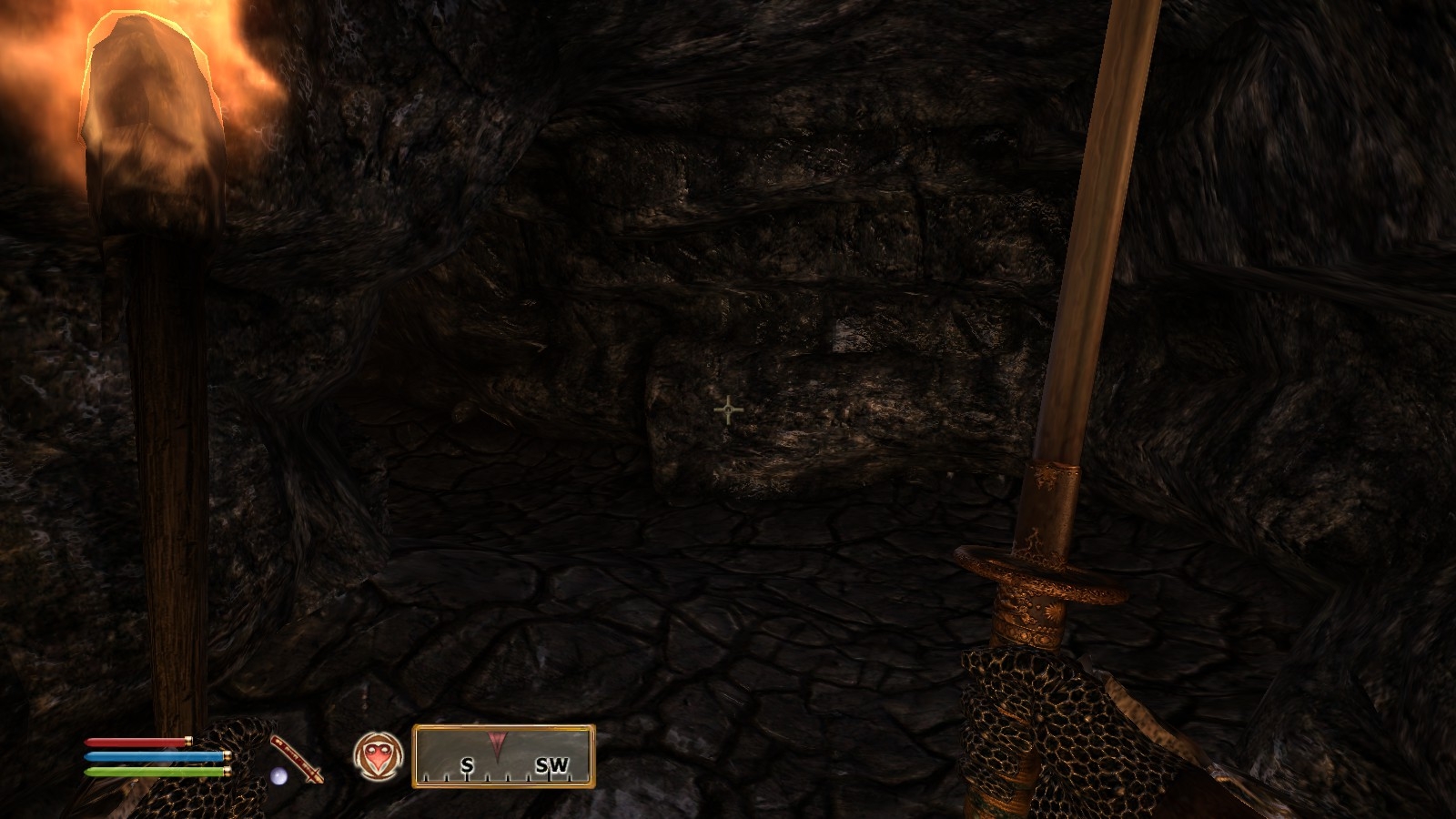 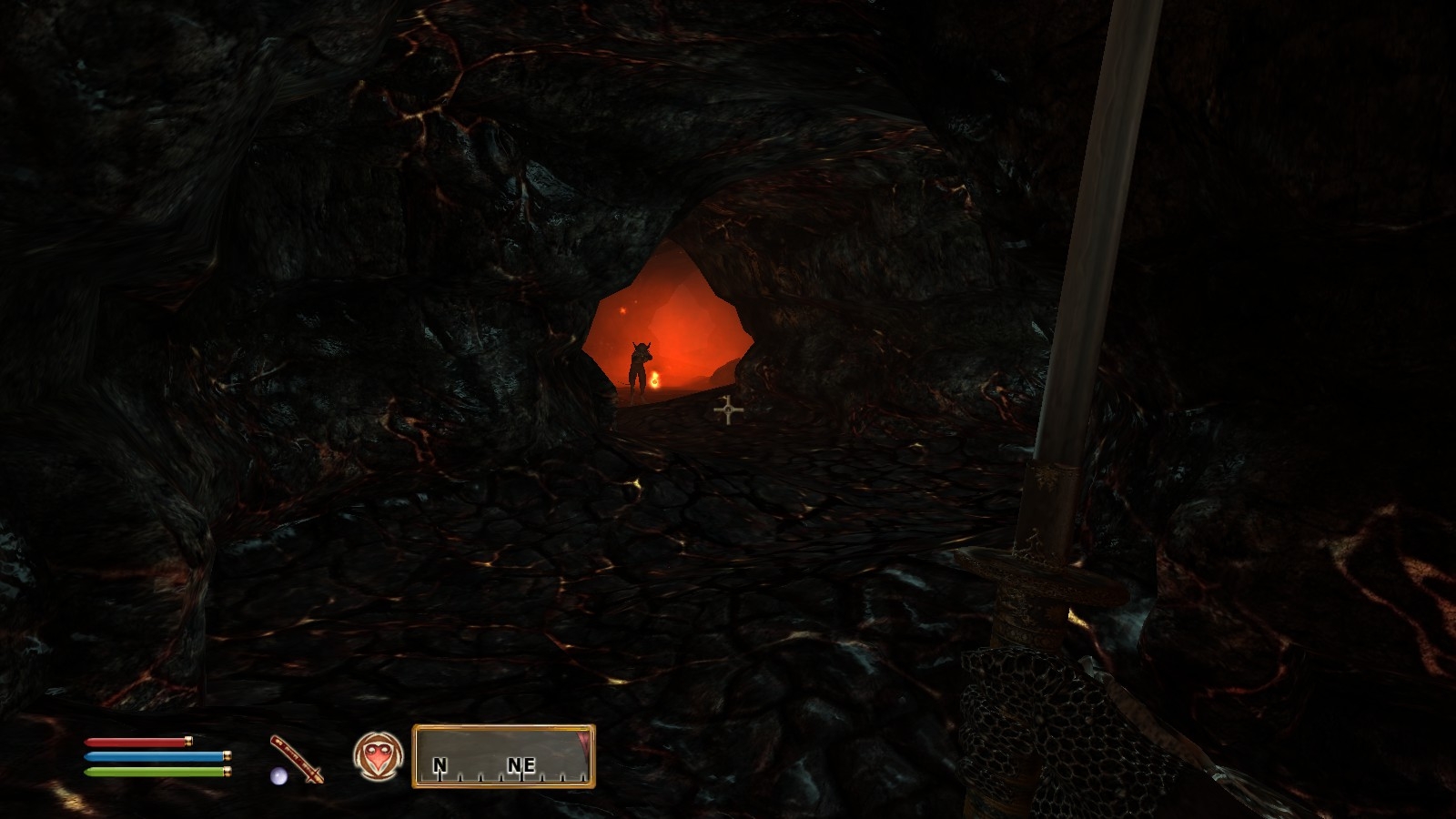 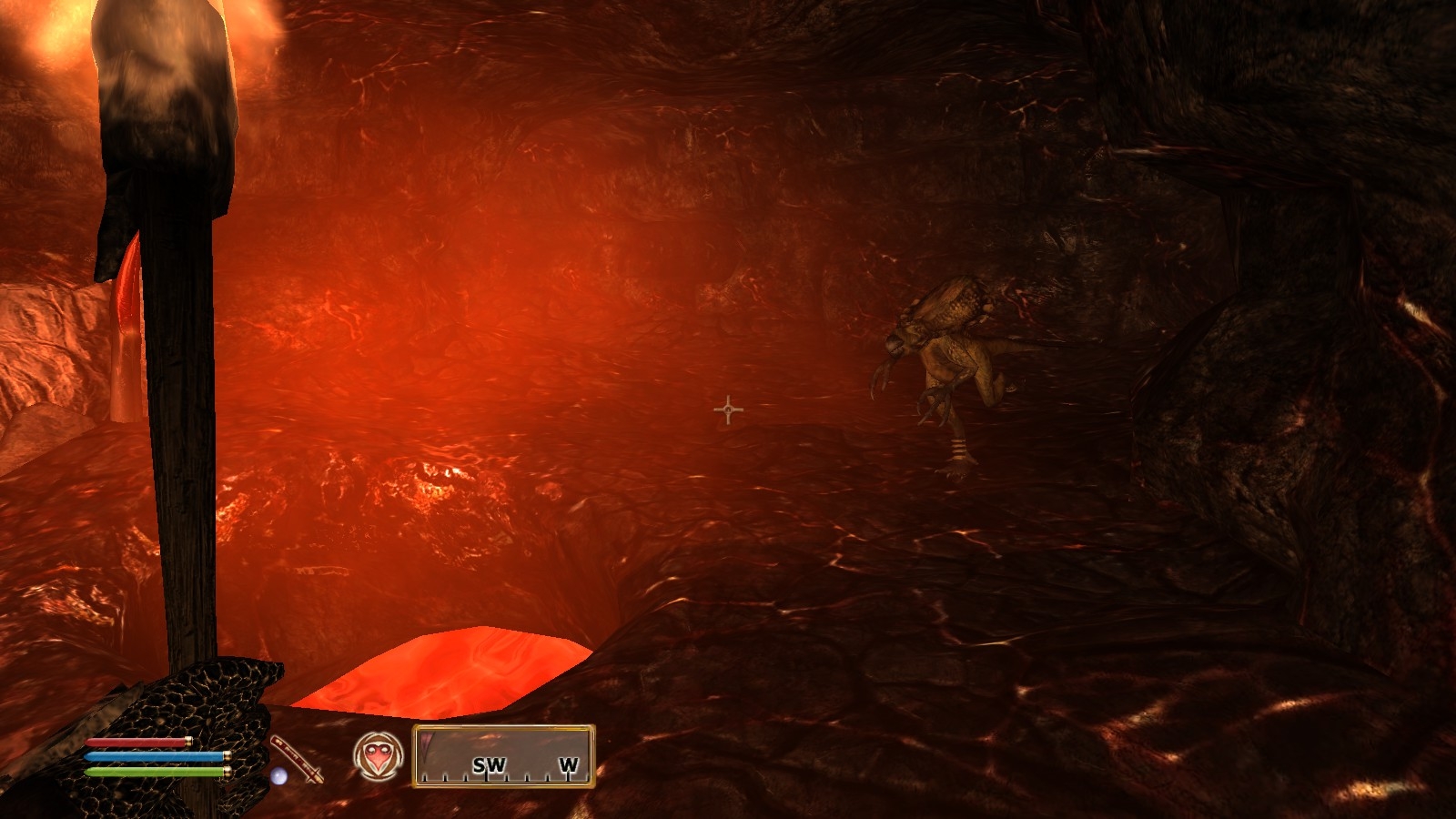 Oblivion Retextured - Some progress and some setbacks

Tackling the planes of oblivion interior set I came across some setbacks. I have now also upgraded the dwarven set.

Starting of my texture project with replacements for the clothing oblivion. This mods adds some more wear and tear to the middle class clothing sets and...

oblivion dune... something is amiss in the literion universe. Deep within the reaches of spice gl0be, the elder scroll zomputers have formulated a screen...

First release of Oblivion:Retextured Plenty of lore friendly textures and texture-edits to remove that "warm-plastic" look from many models in the game...

So I downloaded the available file and have to say nice work. But it's missing the one thing I really wanted. The dirty Kvatch Cuirass. There is a texture for the Kvatch shield only, no armor. Did you ever complete the armor texture? And is it possible to get that?

Thank you, I was Banned from Nexusmods back in 2010 when it was called TESNEXUS nexusmods can get themselves Right F***ed! Banned for NOTHING with a /LOL in chat for some werid reason!

"Files" section when you scroll up.

so....I'm new here on this website aaaand I don't know how to download this mod. Pls,someone tell me how.

There is a how to included :)

Absolutely beautiful. I'd love to see more done on it but this is just gorgeous as-is. Thank you!