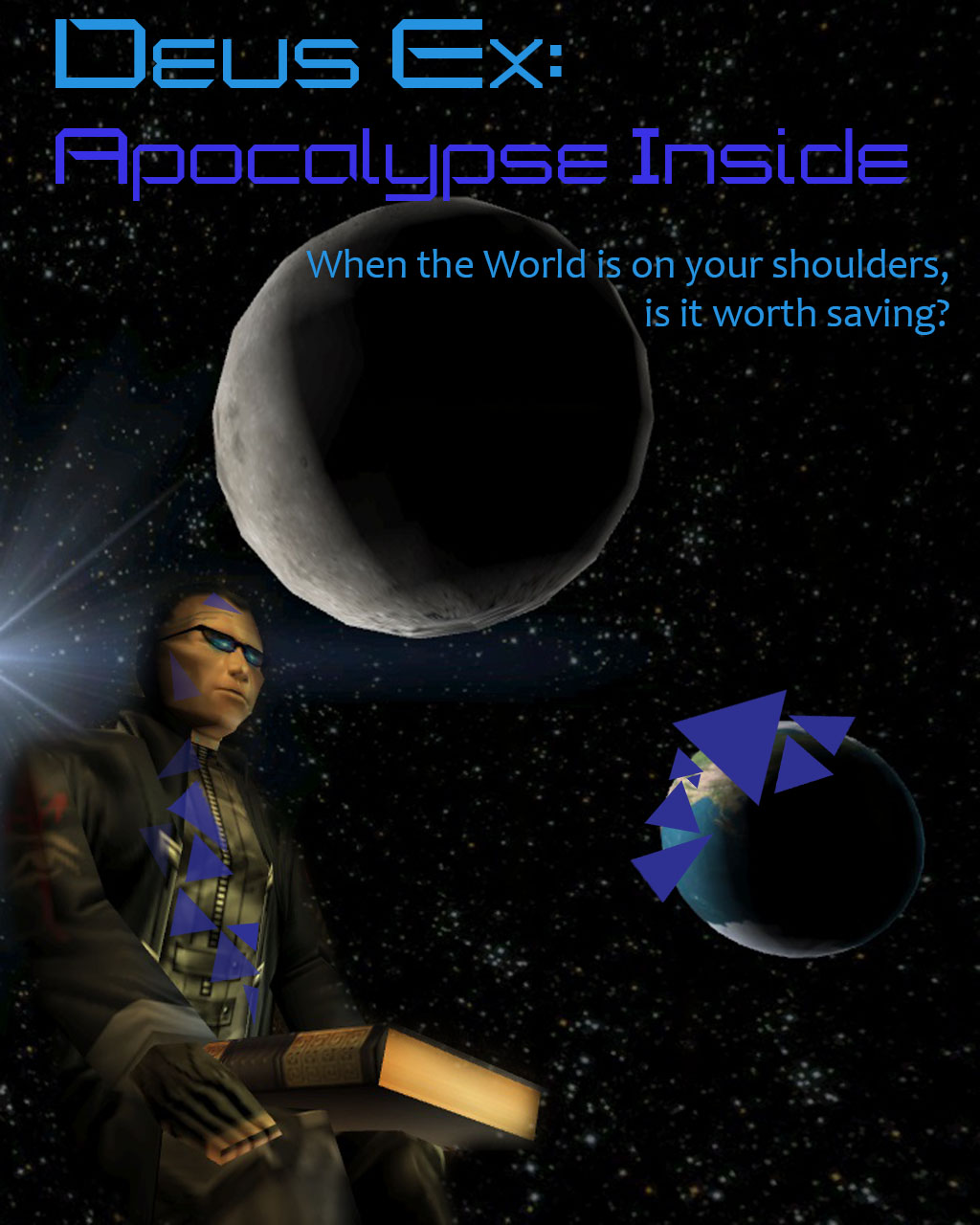 My name is Tantalus Denton. It’s been my codename for so long I don’t even remember my real name. My story is one that many, in distrust, would call a creation of a paranoid mind; others will find it an entertaining script, and yet others will see the truth, the answers.

Magdalene is the fiancee of Tantalus. A damsel in distress. She is a victim of a cruel experiment conducted by conspirators as a result of which her spine was replaced with a bionic spine. Tantalus saved her from the Hyron clones experiments.

Im the master of dark triad

And my name is Uber Alles

I am what the world condemns but

I dont ever give a damn

That the monster ive become

Evil things that i have done

And i know i cant go back

Characters cut from the original game:

"Warren once commented that in the beginning he envisioned the game as X-Files but he somehow ended up with James Bond," reflects lead writer Sheldon Pacotti, looking back on how the game matured. 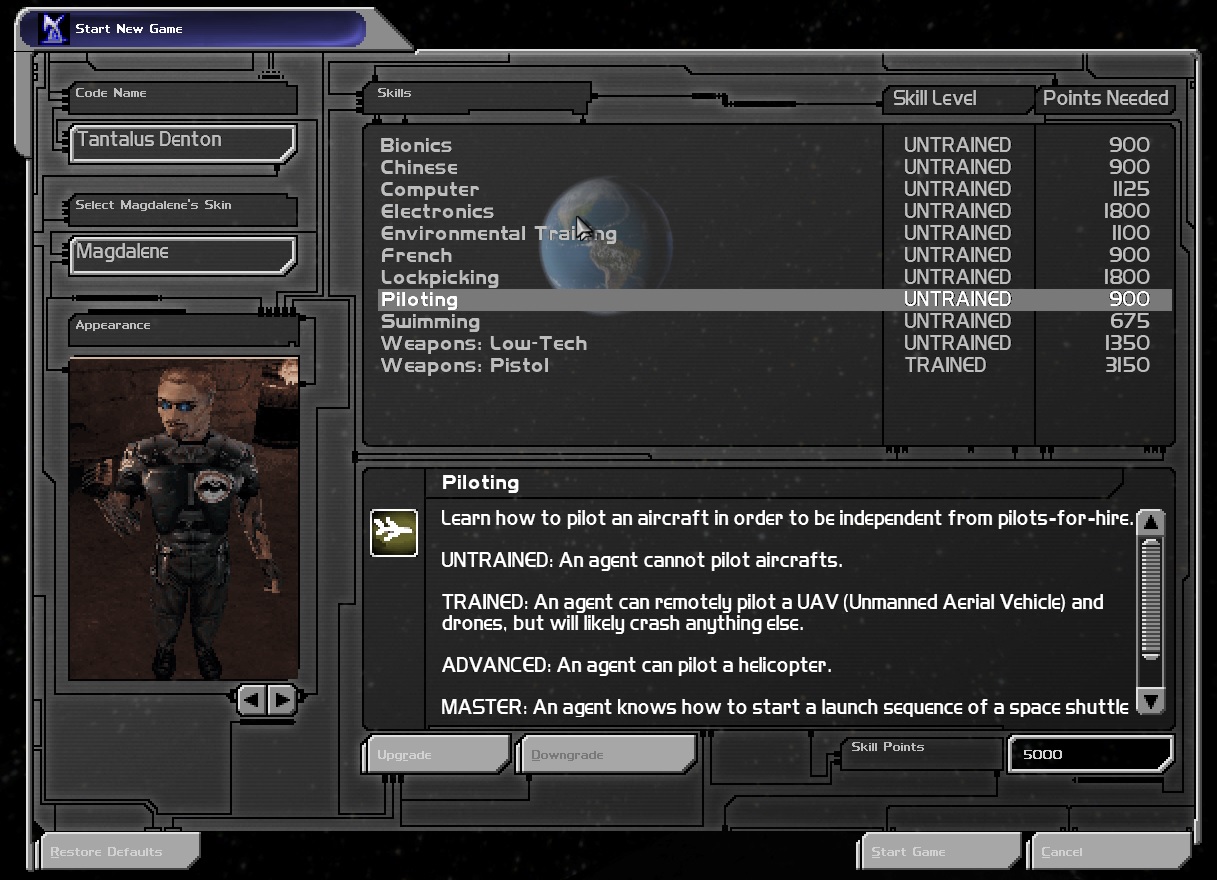 Deus Ex: Apocalypse Inside will have more adventure, puzzle and roleplaying elements than FPS. Every Choice or lack of thereof will provoke a reaction, but remember: there is no wrong choice.

Augmentations (Biomods) will be much more valuable. You can't fight ideas with bullets - we have an Invisible Weapon for an Invisible War!

Many locations in DX: Apocalypse Inside are based on Deus Ex Bible

The Russo-Mexican Alliance, emboldened by a burgeoning economy
built on a foundation of steady drug sales in the US and by the
distractions provided by the events described above, declared
its intention to take back the state of Texas it had lost
centuries before. Conspiracy buffs had long theorized that UN
troops would one-day swarm across the Mexican border -- they
were not far wrong. Russo-Mexican troops advanced rapidly and
have, at the time the game begins, taken control of the southern
portions of the state. Texas is a genuine warzone with
battlelines drawn just north of Austin. Needless to say, many
have died in the fighting and anyone attempting to enter Texas
from North, East or West is in for trouble. (NOTE: At one time,
Texas was going to be a mission in Deus Ex.)
As a result of all this tumult, America is in a constant state
of tension. The borders are guarded by the Armed Forces, customs
is deadly serious, immigration laws have been tightened
dramatically, and nationwide martial law seems imminent.

It was meant to be in Utah, but we will put it a little to the South in Texas. Page Industries HQ, the divide between the rich and the poor the size of the Grand Canyon and the lost mission of saving a hacker kid, straight out of Human Revolution. What Adam Jensen appeared to be not up to the task is now in hands of Tantalus. This city hub will have a return mission as well. 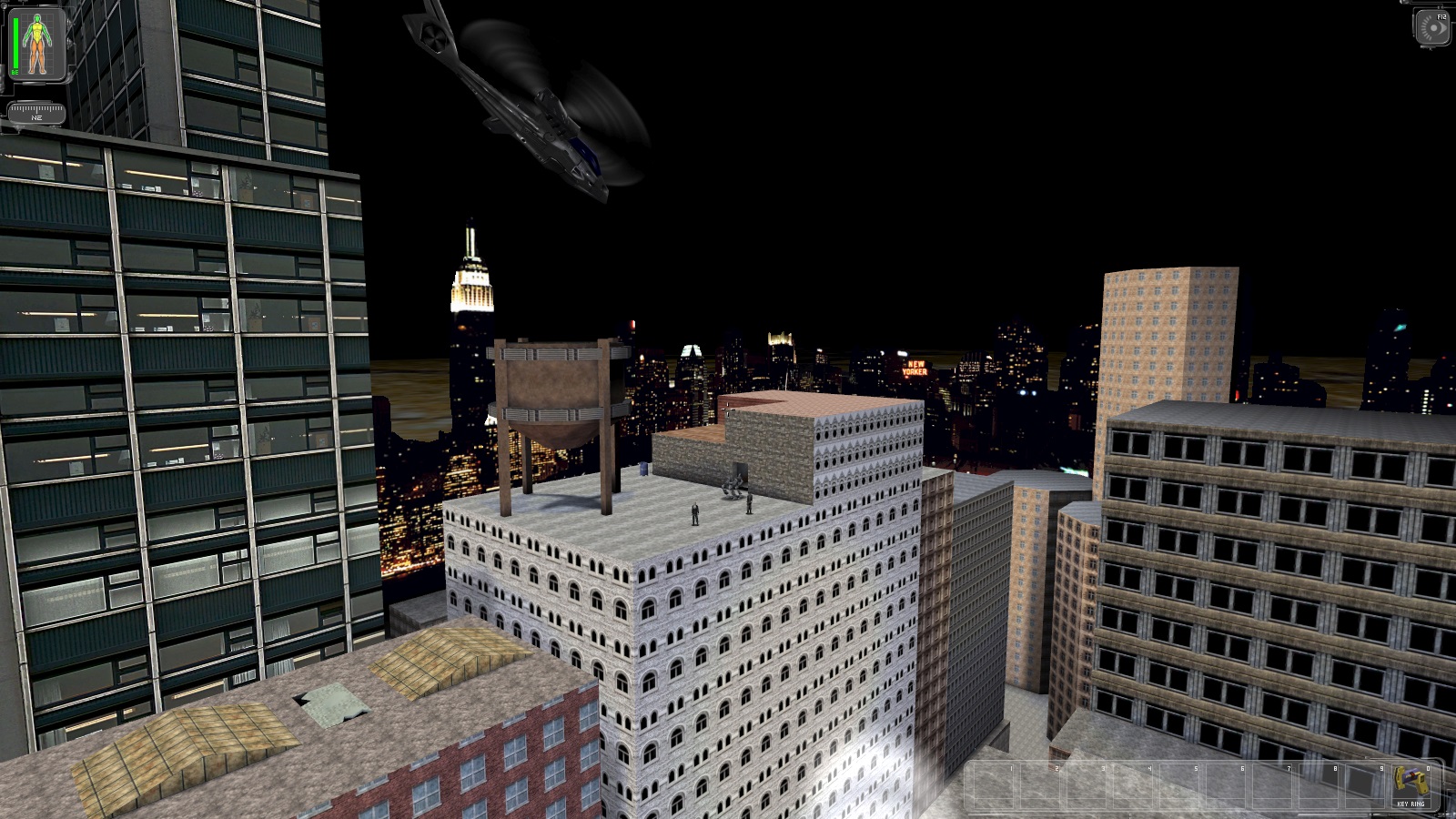 Without a central defense force, the EC crumbled, tensions between east and west reemerged, and civil war is the norm in Eastern Europe.

Ever wanted to play the mission where UNATCO defeats the Knights Templar a year prior to JC Denton's adventures? 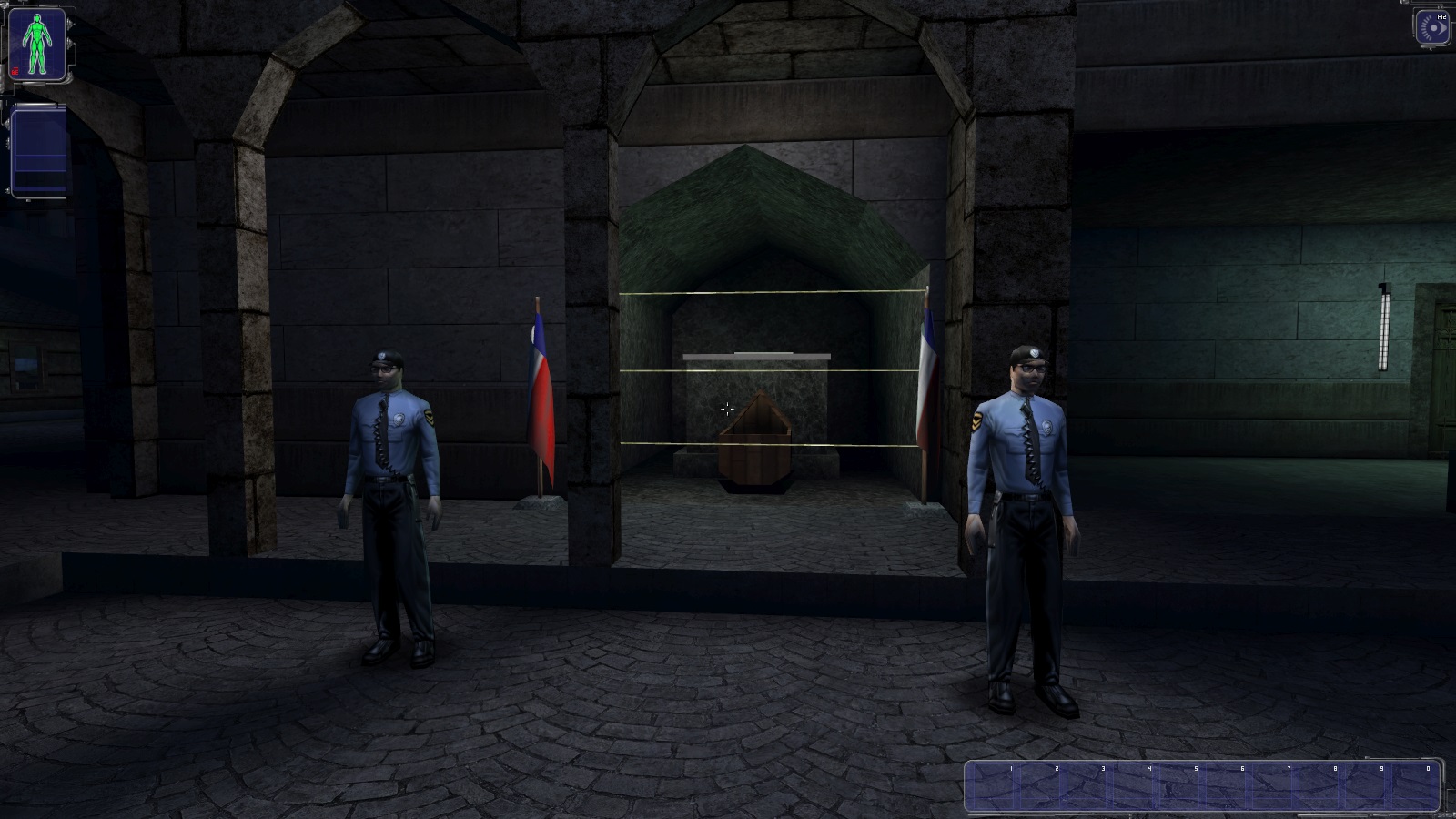 Upgrade your Chinese skill and go fight some triads! But be prepared to fight an unexpected boss...

In 2030, the same year the AIDS cure was released, a major
earthquake hit the West Coast, destroying most of San Francisco
and dumping all of Los Angeles and most of Southern California
south of Lompoc into the ocean. Some saw more than coincidence
in the fact that the cure for a disease long-thought to have
spread from San Francisco was released at the same time the city
itself was destroyed. No connection between these events has
been proved and no evidence of foul-play has been discovered.
Regardless of root causes, the earthquake forced the government
to declare the west coast (or what was left of it) a disaster
area.

In this mission you will be able to explore the underwater City of Angels after the quake of San Andreas Fault. 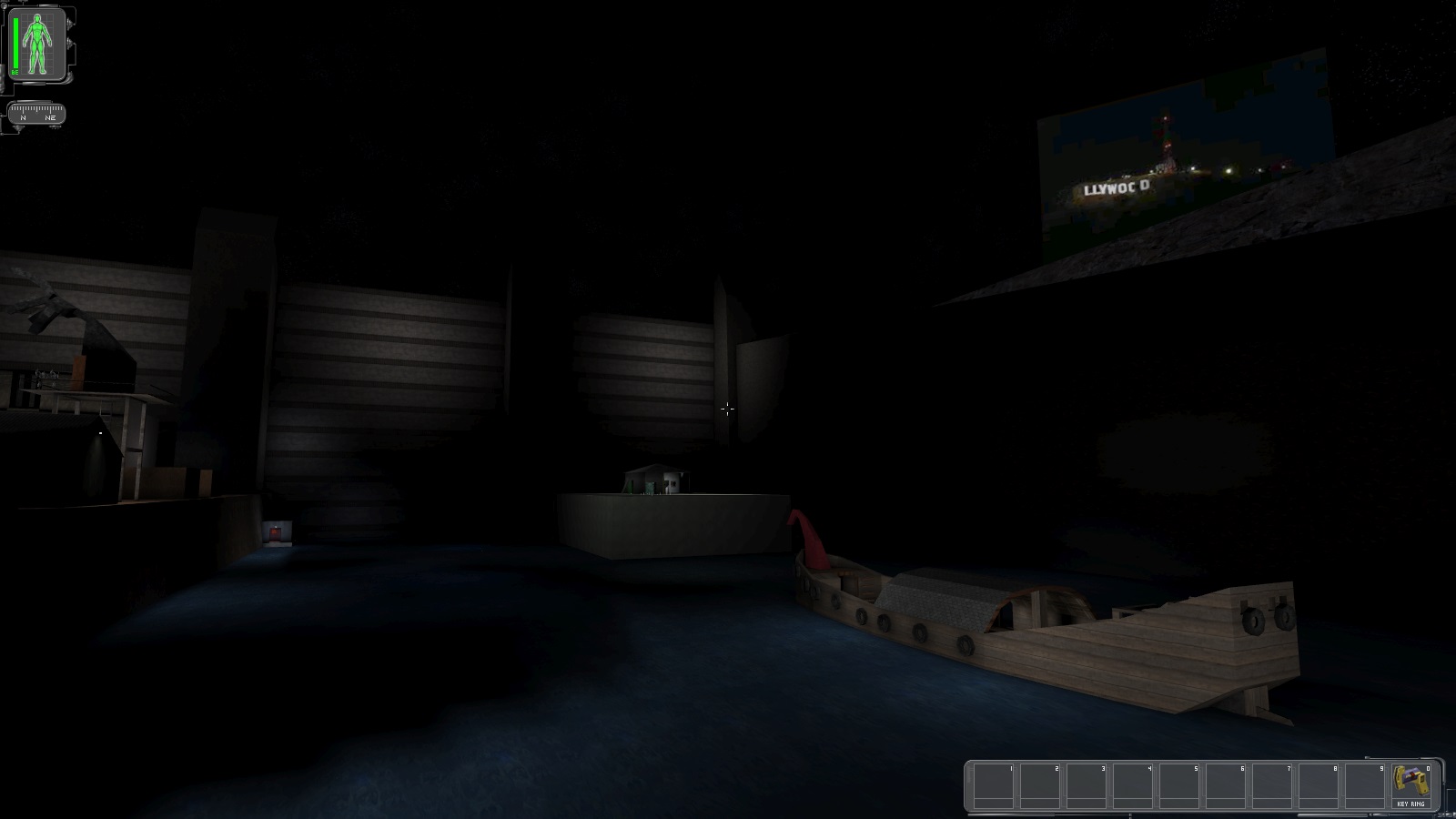 Some of the events described were intended
to be missions (Texas, the space station, moon base, Mt.
Weather; etc.), and a lot of that content either doesn't appear
in Deus Ex or does so in glancing, fragmentary ways.

What that means is that the related pieces of backstory should
be considered truthful and should be supported whenever possible
but not necessarily with religious fervor. It would be perfectly
valid to re-imagine what's really going on at the "moon base,"
for instance.

The DX1 design included a mission to a space station
followed by a mission at the moon base. The objective was to
stop "Ada," an AI that wanted to become a "benevolent" world
dictator. 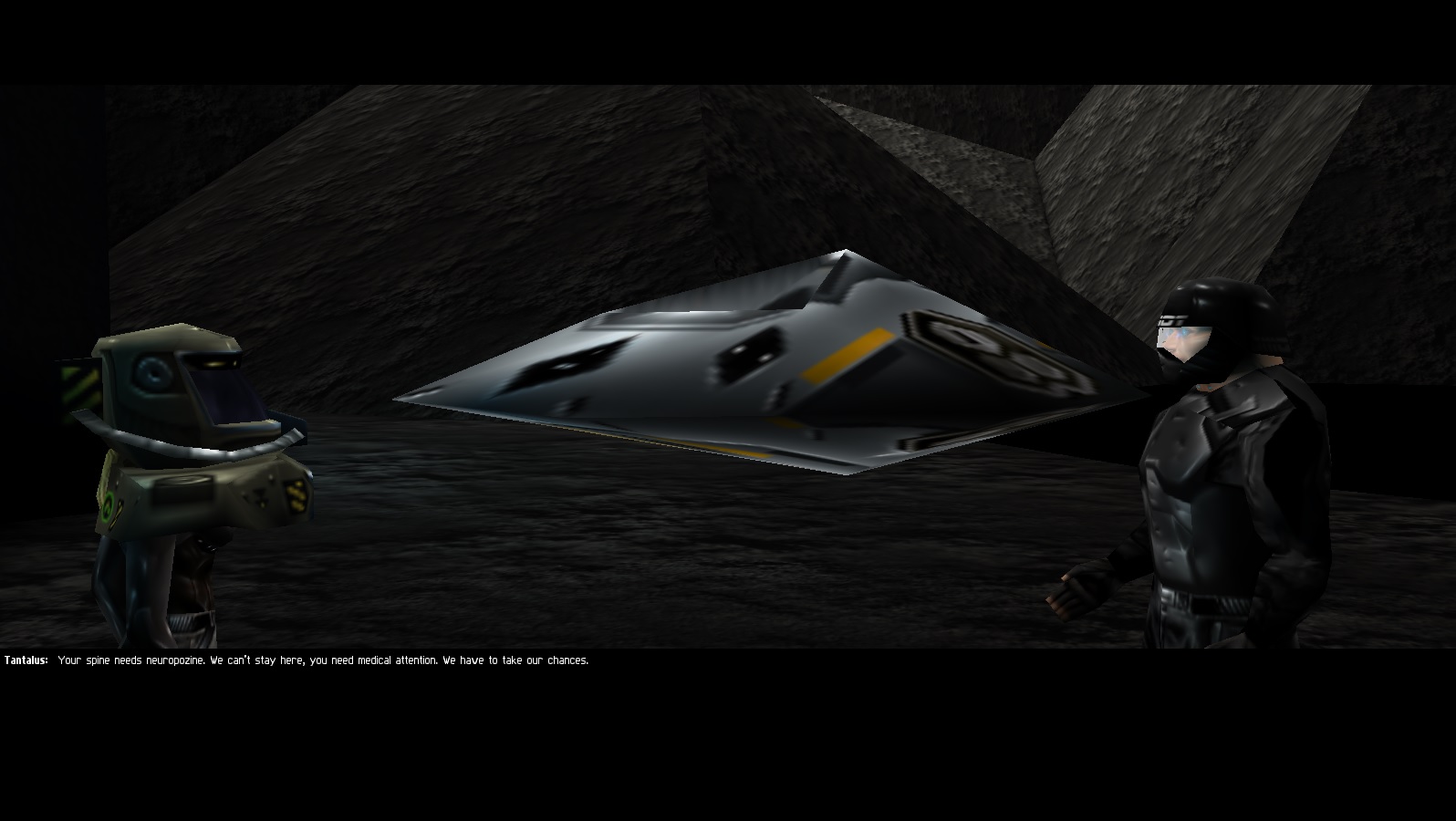 It was mentioned in Invisible War in the Illuminati ending. 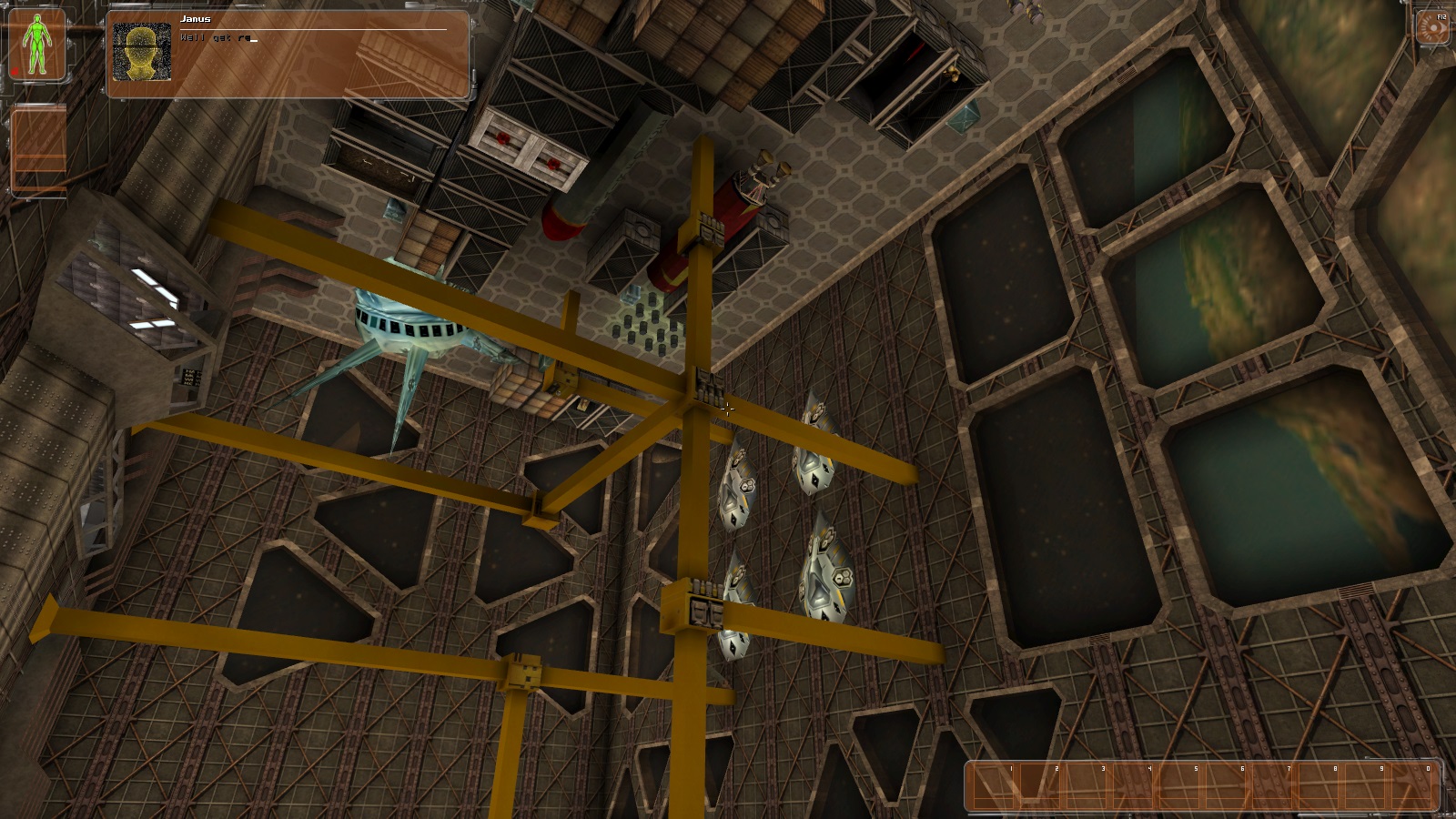 Soundtrack will have unused DX tracks and new ones composed by Thomas D, using a mix of Deus Ex original sounds, electronic ambient and heavy metal.

The Mod needs Mappers, Coders, Texture Artists and 3D Modelers. If you wanna be a part of the development team, message me.

We are ALMOST ready to release a public Beta for Codename Nebula and will be making an announcement soon. Meanwhile get the feel of the mod's spirit by listening to the original song by Project X-3 about Tantalus and Magdalene, the protagonists of Apocalypse Inside.

"Dive into the scenery
From mountains to the seas
Back from hell and mysery
We're running on the wings!

Should you stay I'll stay with you
To push out sinking walls
Should you cry I'll cry for you
Together, evermore!

I'm with you and free at last,
Apostles of the Christ,
Firmament was waiting us
as we fell off from the skies,

Should you die I'll bring you back,
To say, o Magdalene,
In our world of fantasies
We'll live eternally.

It's Magdalene for Tantalus,
My heart is suicide,
The story of the Universe:
Apocalypse Inside!"

The new web site for DX:AI, DX:CNN showcases missions, characters and has a sign up form for alpha

Codename Nebula is alive and well! The project turned 3 in February 2017 and we are close to release...

Of behalf of Apocalypse Inside development team we wish you a Merry Christmas and a Happy New Year! Our gift is a set of previously unreleased screenshots...

Eidos finally has a release date for Deus Ex: Mankind Divided (I suppose it's Deus Ex 5), so we at ApostleMod also have a release update for Apocalypse...

Deus Ex: Apocalypse Inside with PATCH 2

2021 now. any update on this mod? whats percentage now? hopefully its not dead and other of mods that link to this mod as well.

We are alive. There have been some conceptual changes that I will announce as soon as I confirm that what I want to do is technically possible. I will make an announcement on Moddb and also on the mod's website Deusex.apocalypseinsi.de
The new timeline for Apocalypse inside is 4-5 years. It will be worth it.
You'll be able to play Codename Nebula mod first, it's nearly finished.

Liking the look of this mod, but there doesn't seem to have been much news in the last six months or so...I know there's a ton of work goes into mods like this, and it can be slow going without the resources of a full-time professional studio behind you, so forgive my asking: is it still alive? I hope so :-)

Been meaning to ask this. Been a year since last announcement to release public beta.

Greetings, we are still developing Apocalypse Inside, as well as Codename Nebula. However we faced some resistance, and had to pull back. The last thing I've done was migrating our website to a new Internet 3 address - apocalypseinsi.de
The public beta is really close to being finished but the team is simply too busy with saving the world from MJ12! We would definitely use some help from level designers and programmers. any of you out there to answer our distress signal send me an incoming transmission to deusdentonx3gmail.com

Big plans ahead. Converting Apocalypse Inside to Unreal Engine 2. In 2021 progress has been slow.

Thank you for the update, I have been periodically checking in on this mod over the past 5 years. Good luck and great work.

I wanna vote, for both Codename and Apocalypse, but got kinda confused about which one you'll release (as the full version mod) once you've finished it.

Apocalypse Inside is the full story mod. Codename Nebula is part of DXAI