An infection has spread over an island off the coast of Great Britain, it spreads tremendously quickly, leaving no survivors.

The British government immediately sealed off the island, sending in the army in order to quarantine the island, they kept it secret from the general public by claiming that the action was done as a military exercise.

The island was codenamed "Dead Sector".

Remod is a mod for DS that tries to bring :

- HD Models.
- Detail texturing for most of the textures.
- HUD Changes.
- Sound FX Changes.
- Translation from Czech to English in both text and voice (Not perfect, may have improvised a bit).

Remod already includes the DS files, so you don't need to need to install the older version, just install this one on your HL installation and you're good to go!

Installation is simple, simply extract the DSRemod folder that is inside the .7z into your Half-Life installation folder (Where hl.exe is located, NOT inside any of the other folder such as "valve" or "valve_hd")"

There should now be "valve" and "ds" inside you Half-Life installation folder along with any other
mod/steam-related folders you may have inside.

Restart Steam, "Dead Sector - Remod" should be inside the Games list.

If that doesn't work somehow, create a shortcut of hl.exe, open it's Properties, add " -game ds" to the end of the target bar.

Thanks for voting and helping Dead Sector - Remod on it's quest to become the 2021 Mod of the Year. You are now in with a chance to score some free games from our #modlove collection. Help this mod secure more votes by embedding the widget (or link) we have included below on your favorite sites.

And so, another one comes. 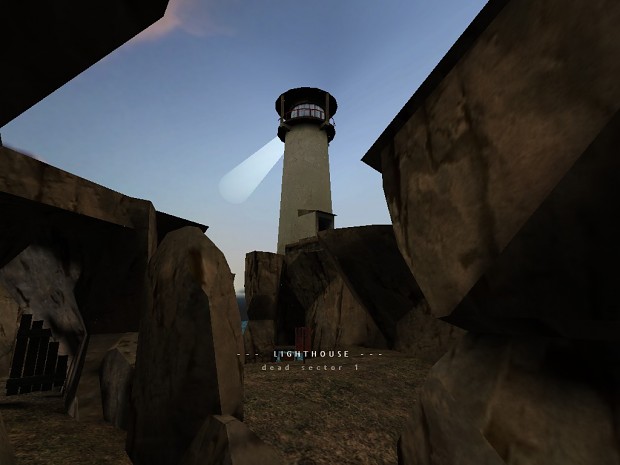 This was to be honest a pretty polarizing mod when i last saw it.
To some people, this was a pretty good mod, level's nice looking, a good enemy variety, some environmental puzzles here and there, an acceptable ending, some cool set-pieces, not really much to complain about.

To the others however, this mod was filled with broken optimization that causes severe lag on older computers, filled with arbitrary difficulty such as a line of zombies in a closed up path you HAVE to traverse through without weapons, confusing puzzles, inconsistent zombie models, made for the kind of people who knows GoldSource inner tricks, and last but not least, no English translation.
One commenter literally said that he removed it the moment the menu comes out Czech is his face.

I think that was one of few reasons that STALK3R, the mod's creator tried to remake it.

Anyone remembered "The Island"? 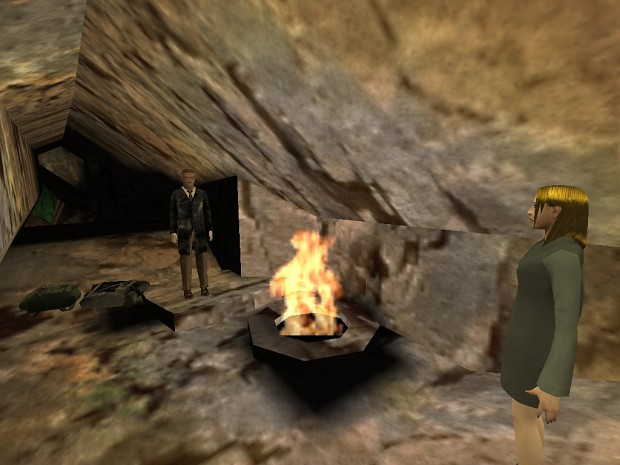 That was Dead Sector, but cut down, immensely.
No puzzles, no tricksy movements, no tripmine climbing.

And most of all, the maps for the most part were set in plain daylight, not early evening.
Killing multitudes of zombies with the usual HEV hands for some reason.

To most people, this was average.
Disappointing for me since the original did kinda stick in my head for a good while.
Some of what made DS memorable was lost in transition.

So i did this.
Something for the fans of the older version, i know it might not be the cup of tea for a lot of players due to some of the original's silliness.

Hell, I even put in some extra notes to help out new players get through the tricky bits.

Well, at the very least a translation, no? 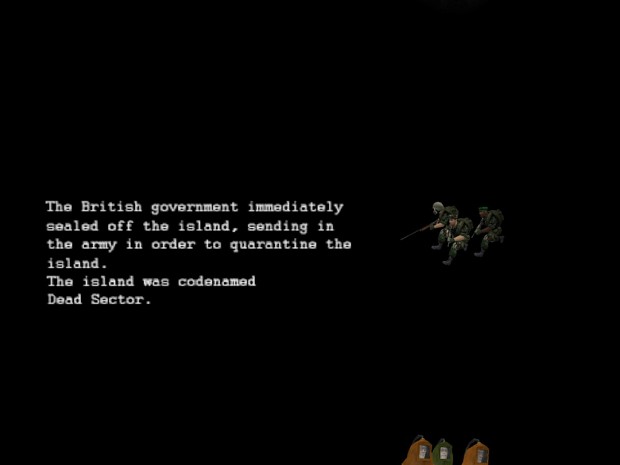 I have to apologize in advance however, the translations in this Remod aren't what i would call "faithful".

I used a translator program for literally all of these and added in some of my own interpretation of the word as translators are generally unreliable to simply copy and paste.

I find it odd though that the actual mod page for DS here claims that it took place in July while the mod itself dates itself at 18.5.1993 which is in May.

There's also the thing where the squad that was tasked to quarantine the island was the one named Dead Sector, which is odd in the titling sense, kinda undermines the name a bit, so i did some creative liberties.

The voice clips are altered too, in which i just say out whatever in the mic, since i can't exactly translate voice clips from a program (not yet anyway, here's to the future).

This might take out a bit for people who understands Czech and finds themselves seeing an entirely different line or word to what was it supposed to be, i do hope that they can forgive me for the transgression.

So here it is.

I hope everyone enjoys it.

1.0 release of Dead Sector - Remod. This Remod already includes the original DS files, so you don't have to install anything else. Enjoy!

I loved the remod but I also missed some parts of the original, so I made this edit to make the remod closer to original.

Op4 grunts and MP-5 for models for Dead sector. Please do not use this in your own mods!

Streamed some gameplay of this mod along with some other mods (starts at 2:27:14)

"Dead Sector" is one of the more original and better Half-life mods I have played. The 'replayability value' of this mod is good: I have played it, over the years, a full three times.

Polygon counts, esp. of caves and caverns are fairly low, but the graphical textures, nonetheless are good, if not very good for a Half-life 1 mod that hasn't been remade with a HD pack. The water textures are also very nice.

Much of this mod requires 'thinking' and 'exploring' -- entering shipyards and deserted factories full of crates and attempting to find ways of getting 'over' or 'around' or through' obstacles, etc. Much of this 'thinking' requires moving barrels, etc. There isn't much action; most of it transpires towards the very end.

I did have to resort to 'youtube' video walkthroughs a number of times and/or use 'noclip' cheats more than a handful of times to 'figure out' how to get from one area to another -- in this aspect only the difficulty level of this mod was a little too hard.

I quite liked this remod, the HD models used actually help with the immersion a bit. Like how the shotgun apparently has a casing jam, showing how the soldiers who previously used it ended up turning infected.

I also loved the new flavor text for the locked doors :)

Pretty decent mod. Got stuck in a few places, and some things, like the military's motives aren't quite explained. Thanks for the remod!

how do you install these mods into the half-life files?

Crashes at the third map with no error message.

Never found a fix?
My guess is that it doesn't work with the WON version.

if the mod doesn't work on won then try xash3d

This mod is amazing. Literally the best Half-Life Single Player mod I've played. Only downside is some bad translations but thats fine I guess. I can tell you've put a lot of work on this. You should put it up on Steam Greenlight, I'm sure it will get a lot of votes, I mean there is Half-Life: Before on Steam and that mod is terrible. :)

No, this isn't my original work. STALK3R was the one who originally worked on Dead Sector.

Even then, a lot of the assets used in this Remod aren't exactly mine.