The gameplay is vastly improved, the arcade feeling of the official game is removed and not only that...

You will witness the full power of the new DarthMod Formations, which make the Battle AI to attack you without hesitations and weak plans.

Join the Dark Side and you will be crushed! Satisfaction -> Guaranteed! 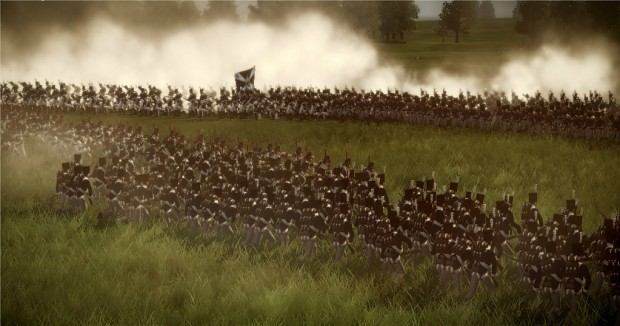 The size of the units is brought to realistic, "Large" levels. 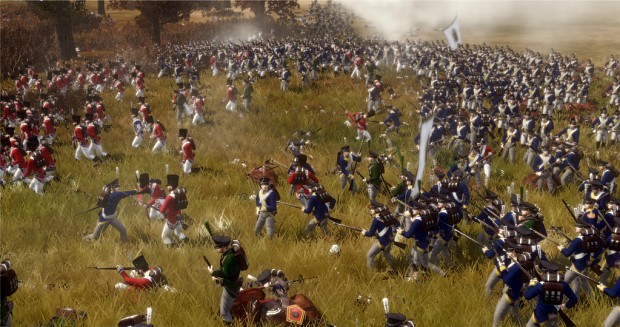 The enhanced melee mechanics, the improved AI
and the realistic physics create for the player a fantastic and challenging experience.

Superb battle effects, exclusively made from the mod's head designer (DARTH VADER)
make you think that you play a real battle!
The effects are fine tuned so that they do not provoke excessive lag
while they show "heavier" than any other effect mod. 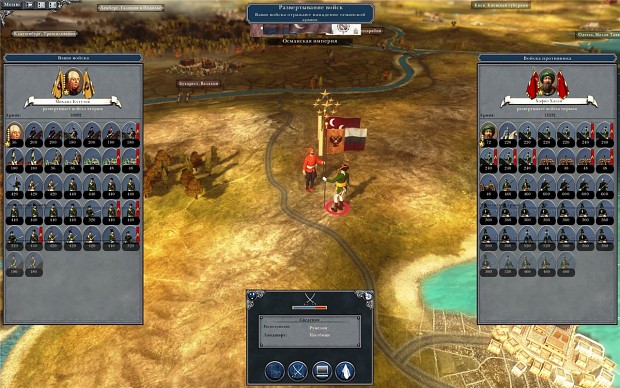 husserlTW made, exclusively for DarthMod, campaigns in which you can have up to 40 unit armies.
The included AlbTraum23 UI mod makes the unit cards smaller so to see all of them.
Only before the battle you see these contested unit windows. 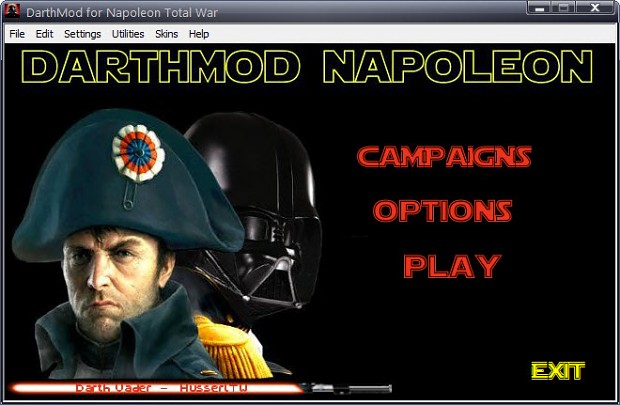 The launcher makes sure that you choose the right options before you start your game or disables the mod so that you can play Vanilla.
There are also many more campaigns with minor factions playable so you can re-write history
without the constrains of the official game's scripted campaigns
(The new campaigns are exculsively designed for DarthMod by husserlTW). 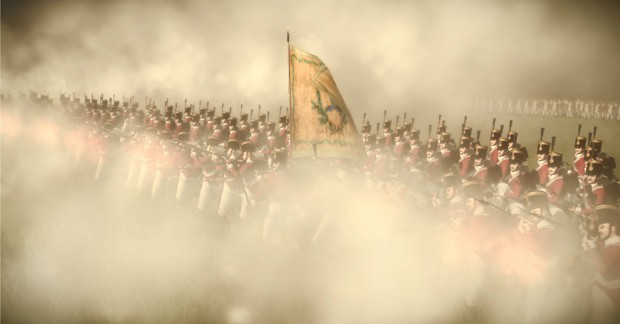 Chaos, realism, the smoke of gunpowder and challenge await you!

Read more about the mod features here: Moddb.com
Visit our forum: Twcenter.net
And do not forget to give us your Rating!

Special Thanks:
Marku for being a grand donator (he has gifted me the game and all DLC).
husserlTW for his modified Napoleon PFM, his launcher, his artwork, all his tools as well as his genius new campaigns.
TWCenter.NET for the excellent forum collaboration.
ModDB.com, StrategyInformer.com, Modsaholic.com for the very useful file hosting services.
Radius for his super useful "Rank by Fire" mod.
LochKopf for his Ultimate Sound Mod.
(combined work of "sgt_melin, Mech_Donald, Diggy, GeraldDuva, Pdguru")
taw for his always helpful mod tools and his collaborating spirit.
The Hedge Knight for helping taw and for all around help.
Shokh for his superb musket sounds included in ACW mod.
General Andy for his quality musket sounds.
LtChampers, Erasmus777, The Vicar for the development of the PFM Tool.
T.C. for his very helpful version number mod.
Swiss Halberdier for his perfect AUM_NAP mod and Unit Pack Compatibility Language Project.
Sacrebleu! for his top quality additional Portugal, Spanish, Danish, Bavarian and Dutch units.
AClockworkOrange for his splendid MAUM (More Additional Units Mod).
md1453 for his massive Ottoman Unit Pack mod.
Pdguru for his exceptional Unit Pack mod.
Diamat for his great Saxon unit pack.
JustDoit8 for his realistic French revolutionary textures.
JFC for his quality Napoleon Total Flags mod.
La♔De♔Da♔Brigadier Graham for his realistic Drum Roll Mod.
riktherek for his Whiff of Sulphur mod from which I used as a base the artillery effects.
Albtraum23 for his very handy 40 unit card and increased deployment mods.
Julle Cesar for his discovery to enable more than 20 units in an army.
TheNewKing, agnes69, Marines, Centaure for the epic screenshots.
Primergy for the Large Regimental Flag Mod.
naxzul666 for his great promotional video.

DarthMod Napoleon v2.65 "Epic Edition"
This is how it was to fight! 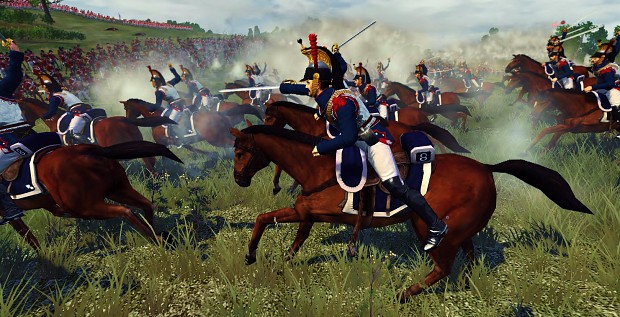 After many gameplay updates and much feedback you -the players- gave, DarthMod Napoleon "Epic Edition" had to become even better, it had to be what you always ask from games of this genre: to be realistic, fun, challenging, enormous... epic. If you thought that DarthMod Napoleon was already offering all that, then you have to play the new version to realize how much more awesome it has become. 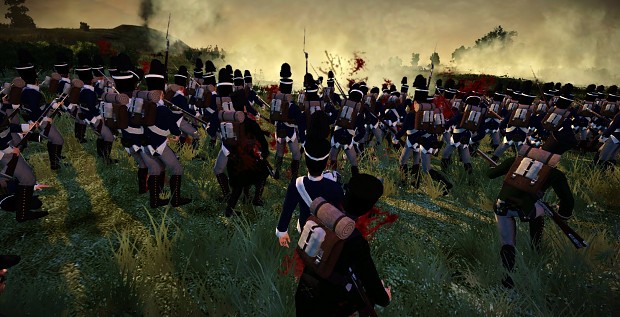 The "Epic Edition" of DarthMod Napoleon includes the following: 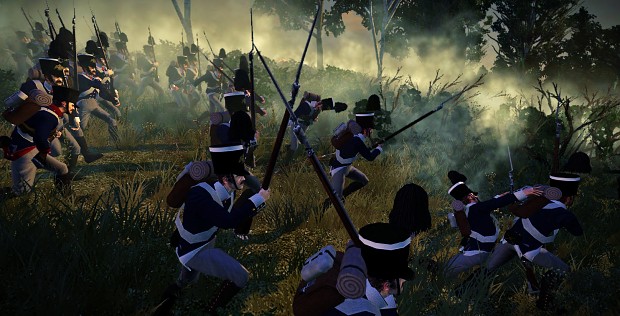 Notice the new changes of March 2013 and read the older changelog to get an idea of what the mod offers in this "Epic Edition". 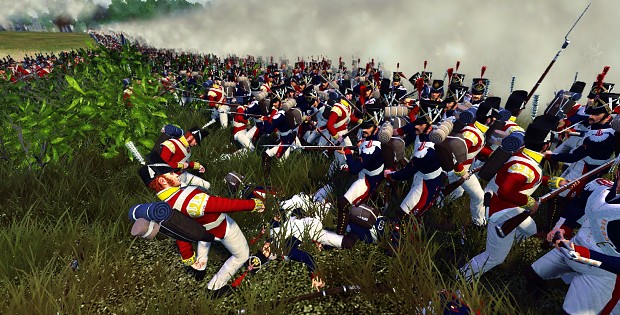 Epic and hotfixed it is now complete. Napoleonic warfare as in no other game.

More epicness added and the BAI is effective as never before!

DarthMod Napoleon "Mythos Edition" has been improved greatly thanks to your feedback and now it has an enhanced Battle AI that awaits to crush you!

Thank you for making this Darth! its an amazing mod, I'm loving it so far! not just that, but your mod installer has to be one of the best I've seen in the entire TW modding scene, simple and caused no hastle, I've no spare money for you and the team this month, sorry, but if you could make a miner program, I'd happily donate GPU and CPU when I'm not using my PC, so long as I can turn it off when I want to

I have just two questions; when I took Vollhyna, I got the option to recruit an Invalid regiment (up to 3), is this a glitch I caused or...?(I know that the British raised an invalid regiment as a garrison in Chelsea out of the Soldier's hospital )

My other question is why does Naples have 2 full stacks with max chevrons? they've fought no one to justify them having such experience in my game so I'm kinda confused

Many thanks to those who made the mod. The arcade atmosphere of the vanilla game has completely disappeared, the sounds of toy guns and party-sized battles have been replaced by much more realism. I'm not kidding, tiny armies are joking with each other in vanilla, while in darthmod it's real chaos, dust and smoke, sound and effects, variety of units, huge armies, you won't be disappointed.

The complexity of installing some mods kept me away from mods, but darthmod is player friendly in this regard. One small setup and it's done. Thank you for this easy installation.

It would be cool if there was an option to toggle whether you want unlimited units on a campaign. I'd love this since playing scotland can only muster 10 units of line infantry.

Hey folks, shameless plug here. Are you looking to play DarthMod Napoleon MP? Get your hands on the DMN hardcore standalone and join our growing MP community!

I actually feel like I'm commanding a military campaign.... I started as England and crushed the Spanish & French Navies, put the French dockyards on blockade and now I'm leading an invasion out from Madrid. The AI is pretty fiesty lol, but my troops are better trained. I love seeing about 8,000 British troops marching onto the battlefield. Marching on the campaign map I have about 30,000 men going through Spain & lower France, the feeling is just epic! This mod made me love playing Napoleon…