Dark Interval is a restoration/revision mod that lets you play Half-Life 2 as it could have been: with custom maps, new voiced dialogue, new models and textures, all based on Valve's early concepts. The mod is released in episodes, the most recent being Dark Interval: Part I - an intro chapter to the bigger story.

Hello! Today we’d like to present to you Update 1.2 for Dark Interval.

No! Unfortunately, not yet. We thought we could’ve released Part 2 in 2018 or in Spring of 2019, but real life got in the way, issues got in the way, things took longer than anticipated, et cetera.

Update 1.2 is a revamp patch for Part 1. It addresses many major issues and it expands on the first chapters of the mod - the intro, the city levels, the lab, everything from the 2017 release.

Originally we were going to work on these maps and release them - revamped - together with Part 2 maps; but, to make the waiting a bit less tasking, we decided to split it into its own patch, and release it *now*.

This is the full version - you do not need previous version of Dark Interval. It installs and launches separately.

To unpack the archive you’ll need 7zip or WinRar (both free). To launch the mod you’ll need Source SDK Base 2013 Singleplayer WITH “upcoming” beta option enabled!

Summary of the update

Below is more in-depth overview of the update + comparison media.

We wanted to expand the prologue and eventually split it into two maps - one for the ‘dream’ sequence, another for Borealis.

The intro sequence itself didn’t get much bigger but it did see a number of changes. 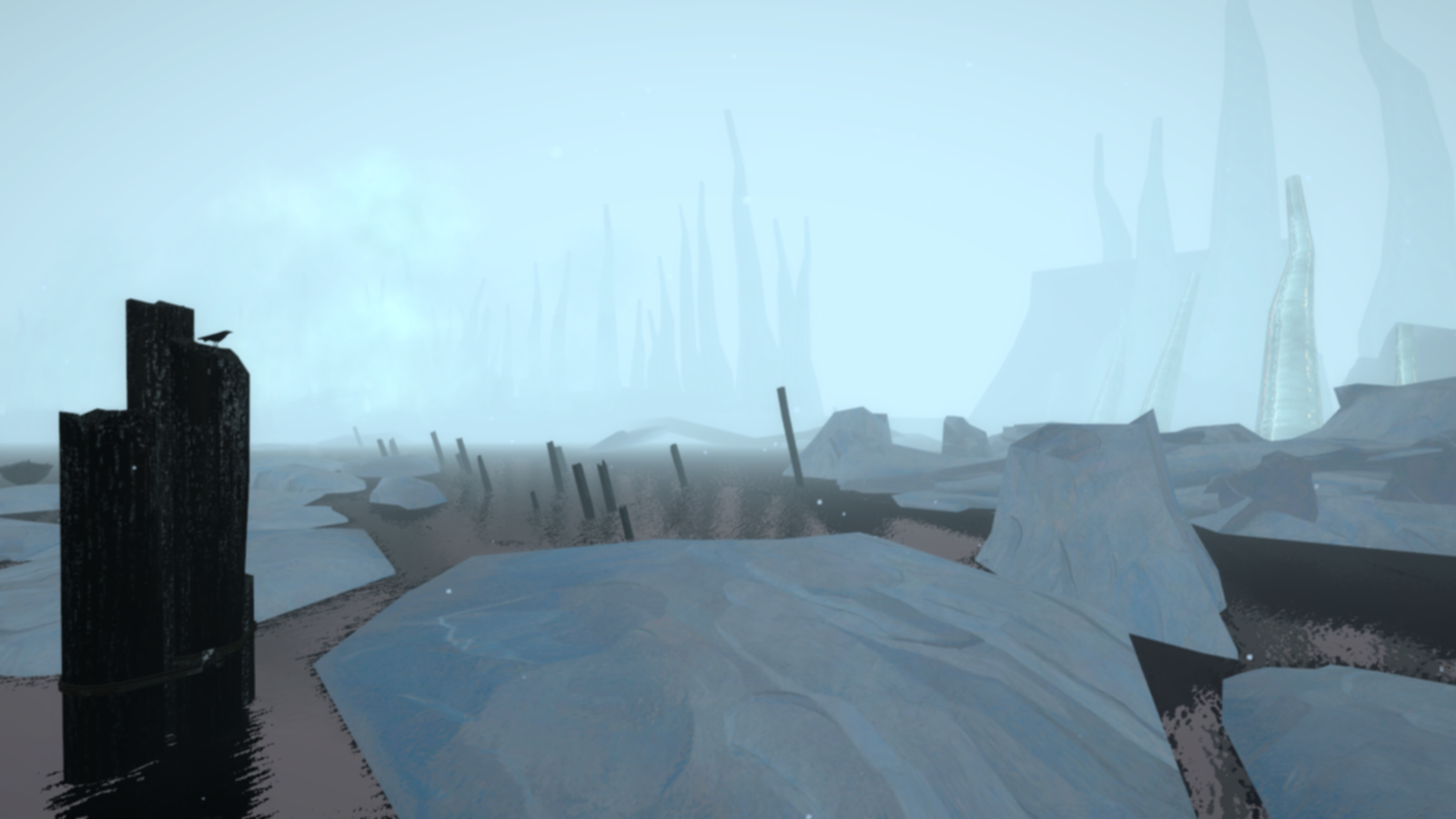 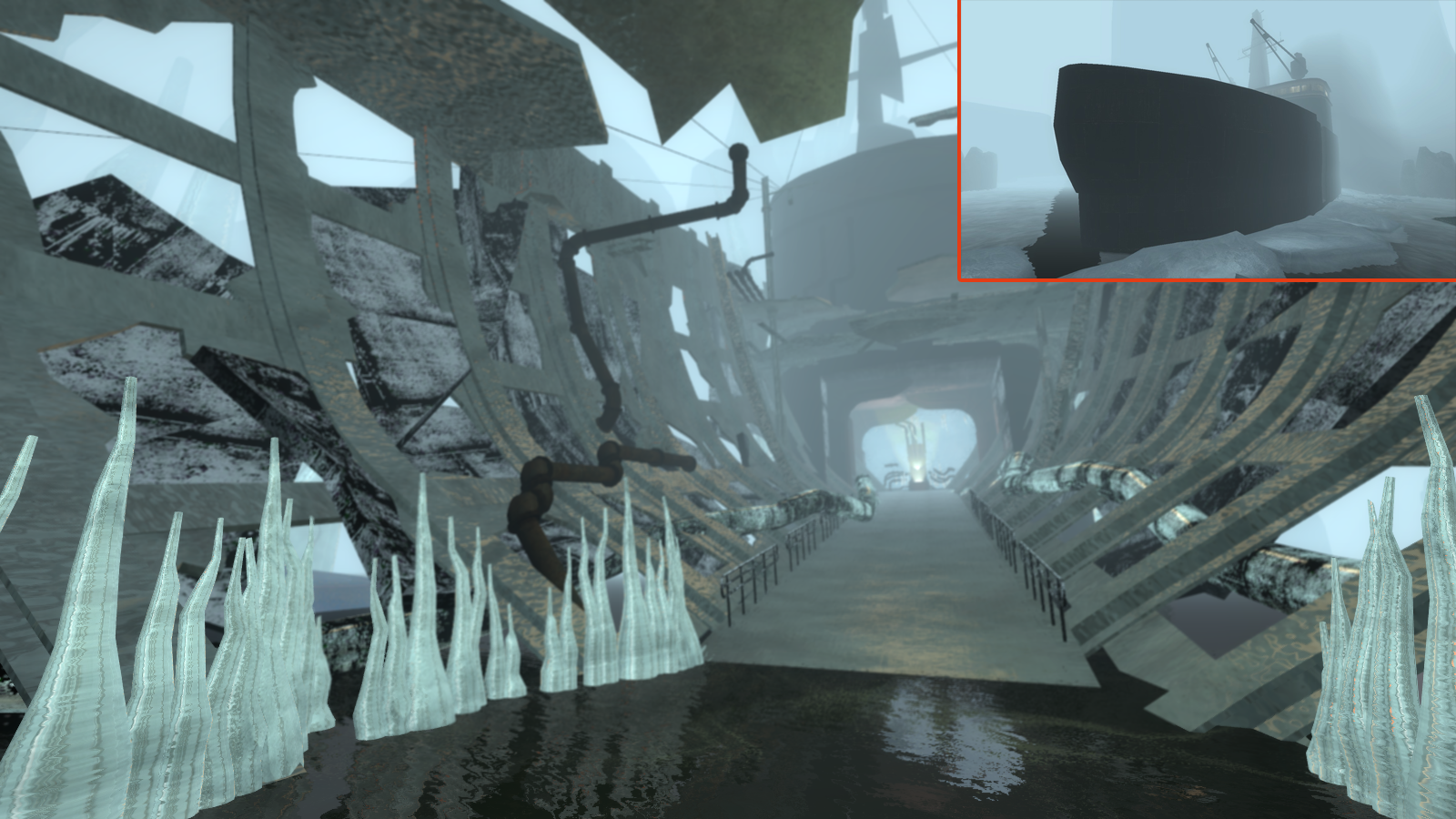 For Borealis, we invested our efforts into exploration and map detail. The revamp touched on the interiors, SFX, a bit of added interactivity, newly recorded voice acting, and the expanded city vista. 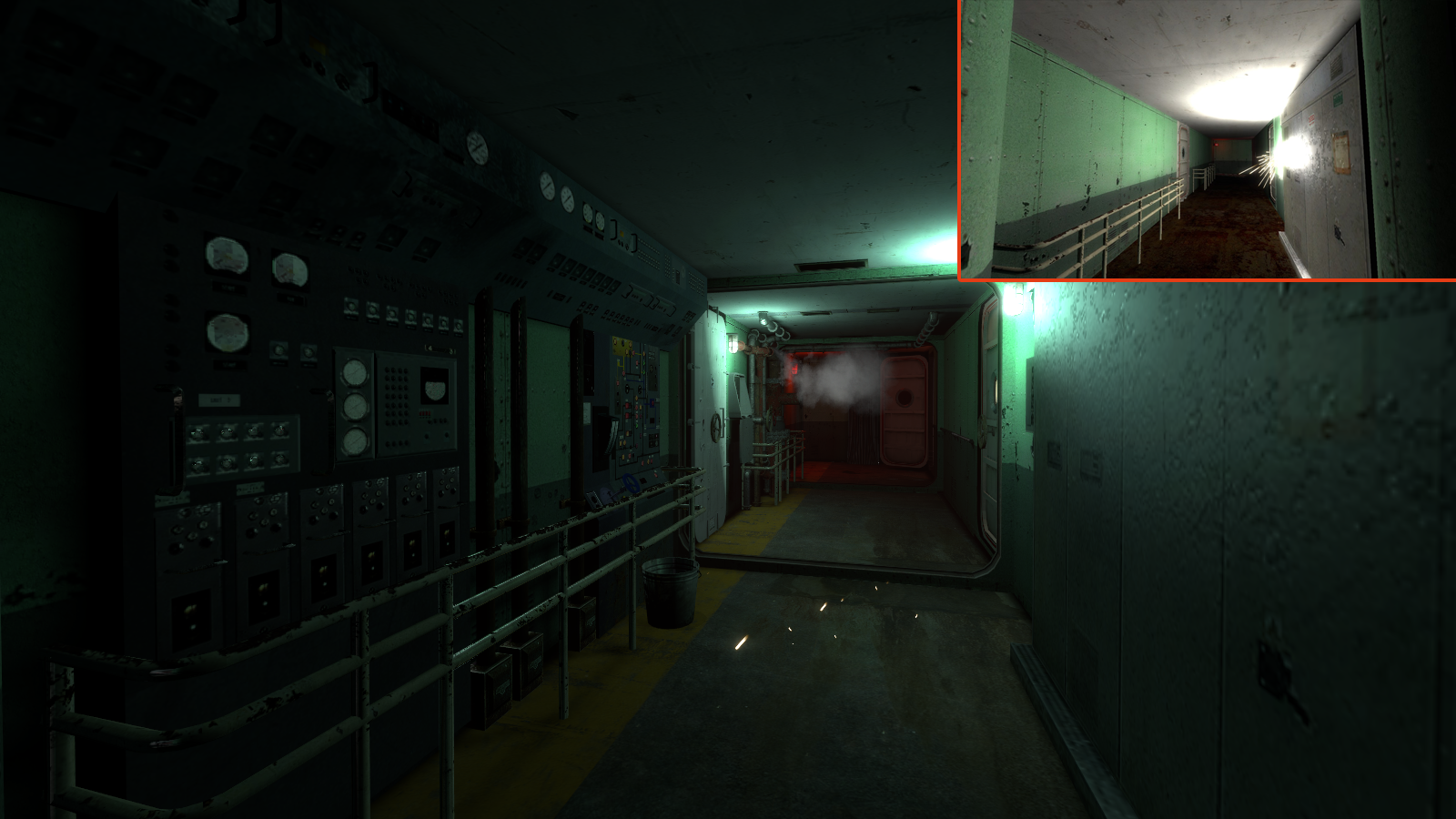 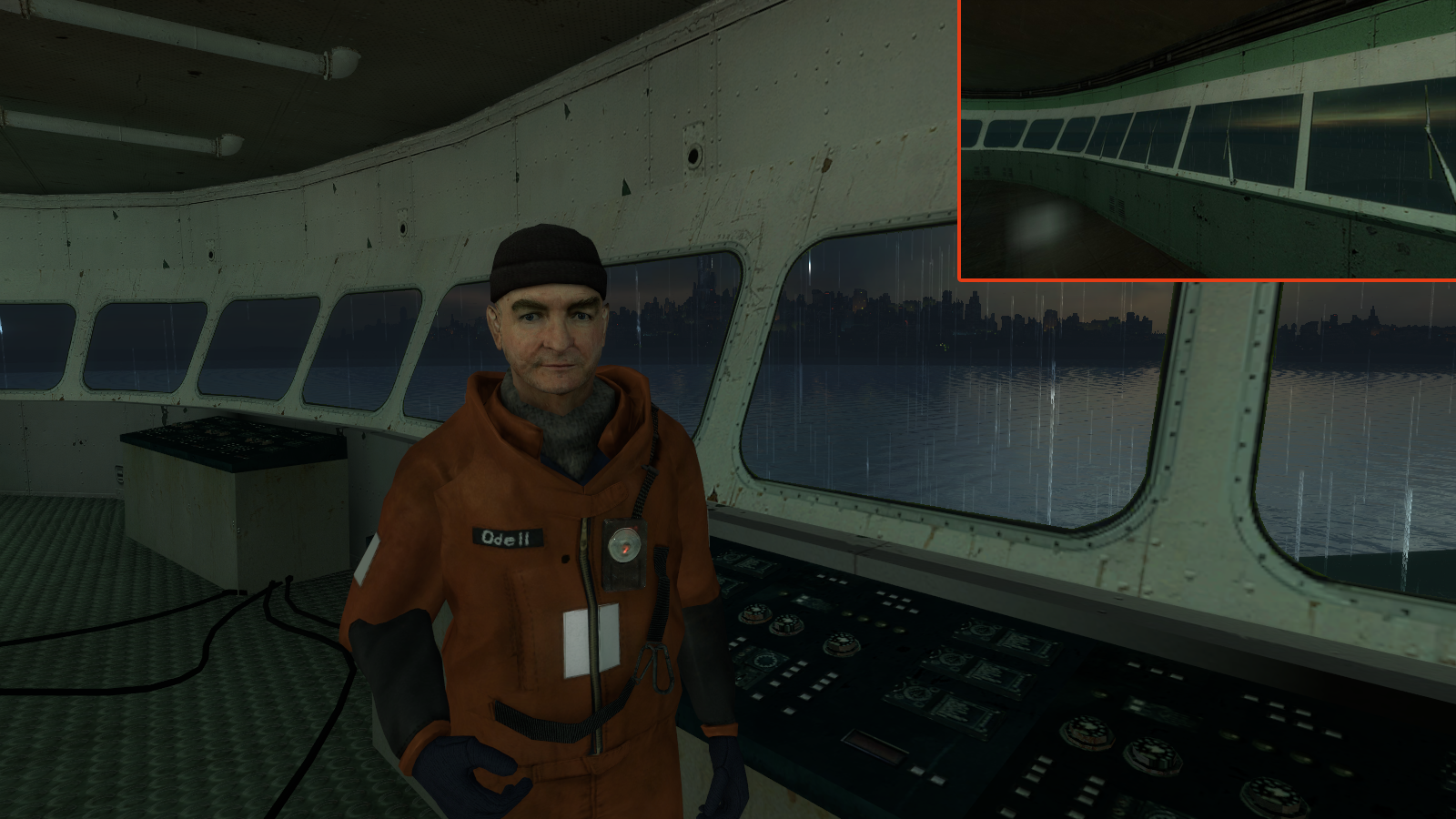 Docks’ layout hasn’t changed but it received the much needed performance boost and a number of slight scenery enhancements.

This map took us the most time to revamp. Level’s light and sound was improved whereas the infamous fade-to-black transitions (w/ teleporting the player) are GONE now. It’s been rebuilt as one continuous level, and vortigaunt scenes received serious rework. 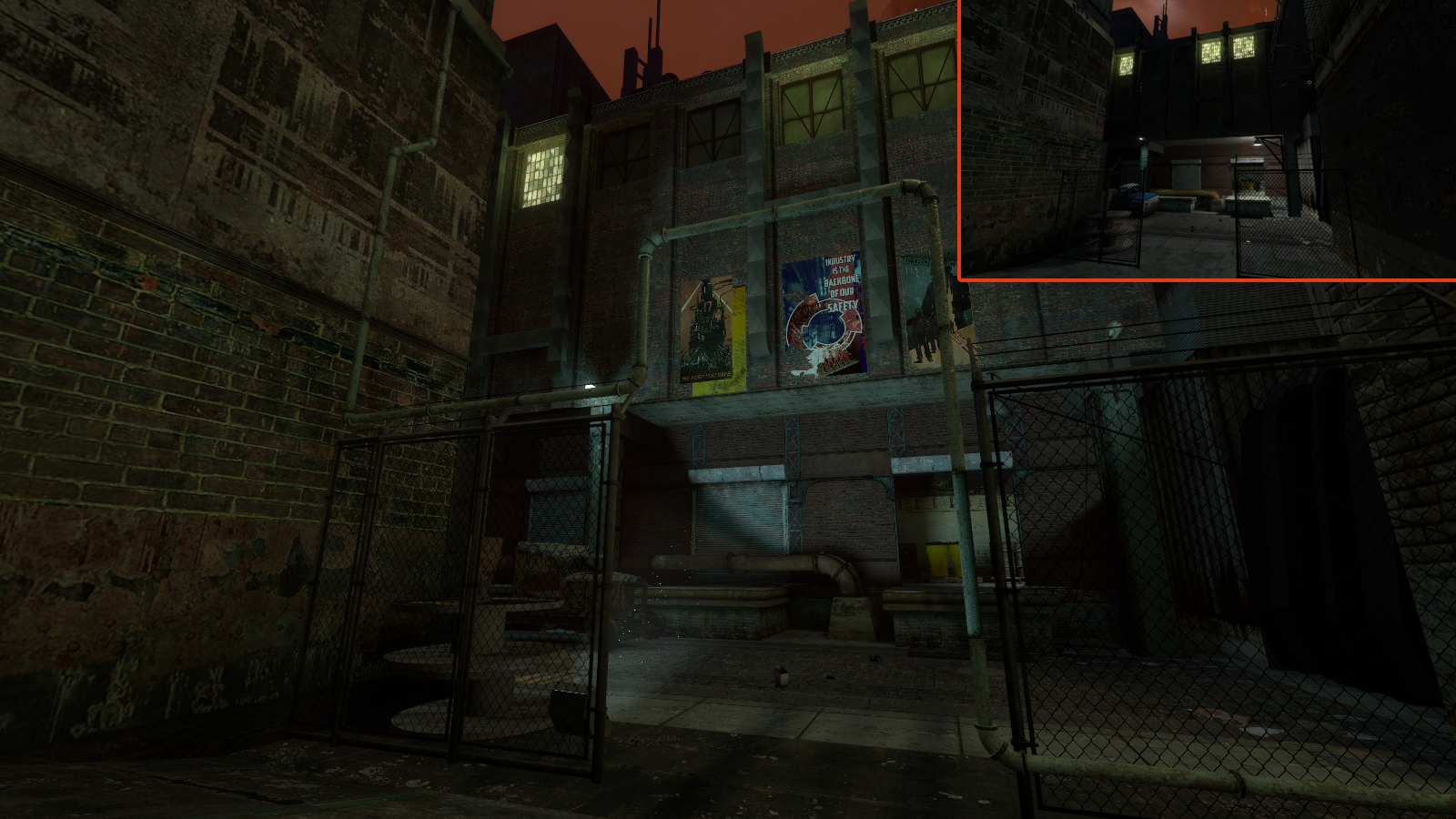 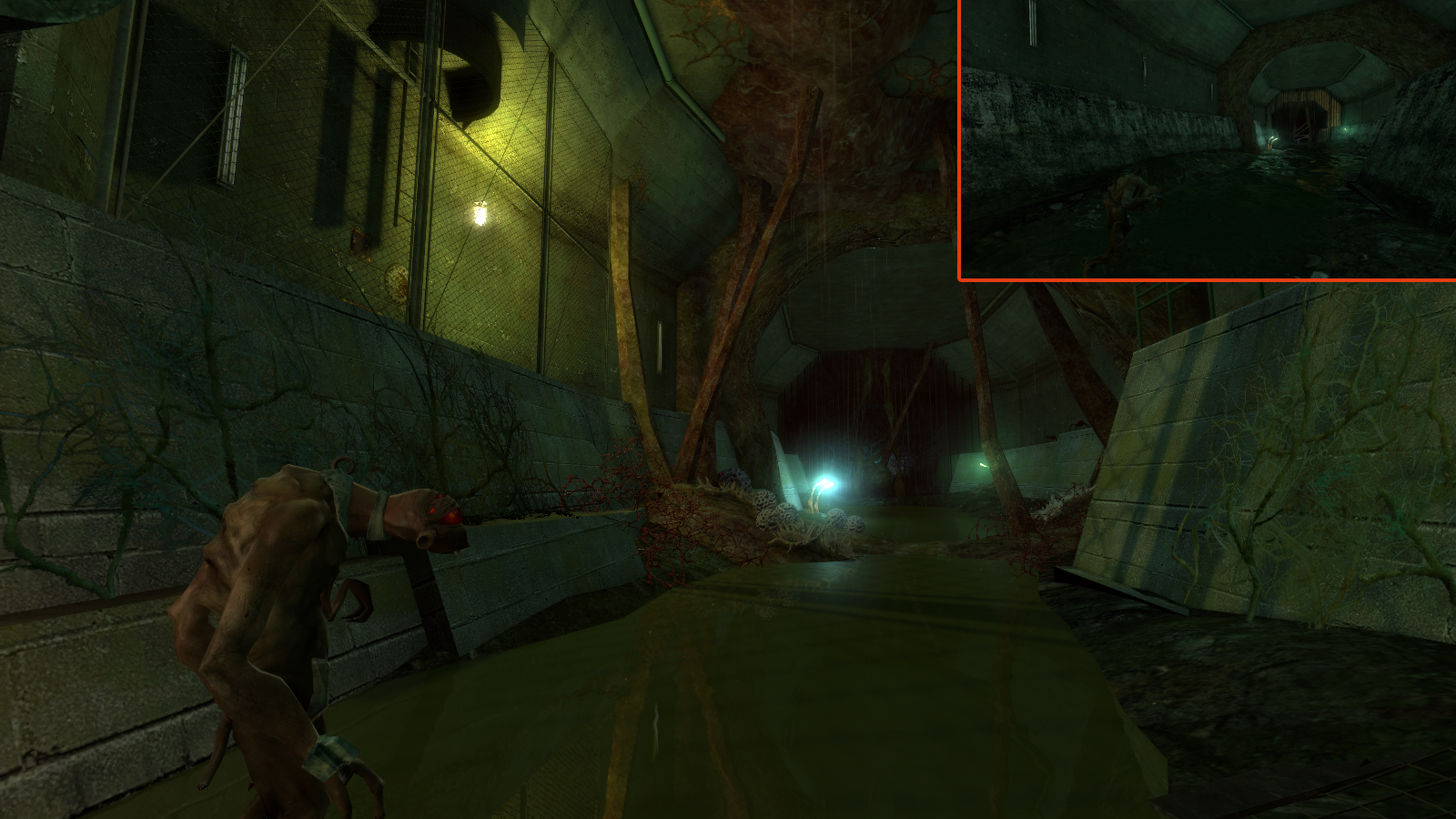 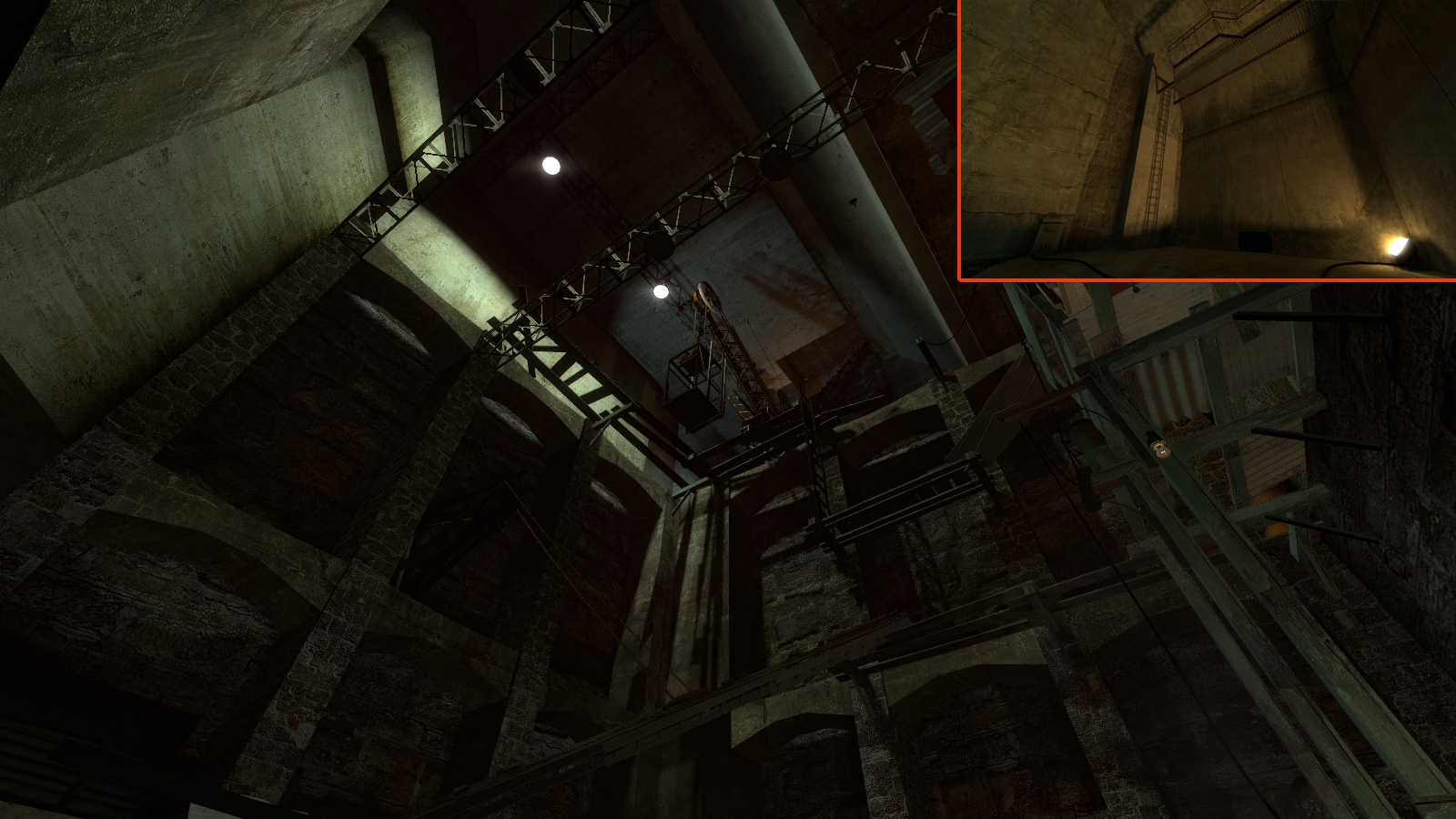 Terminal stayed mostly the same but with improved background, some light touch ups, and a new interior to explore.

Construction got a modest scenery overhaul, bug fixes and a few touch ups. 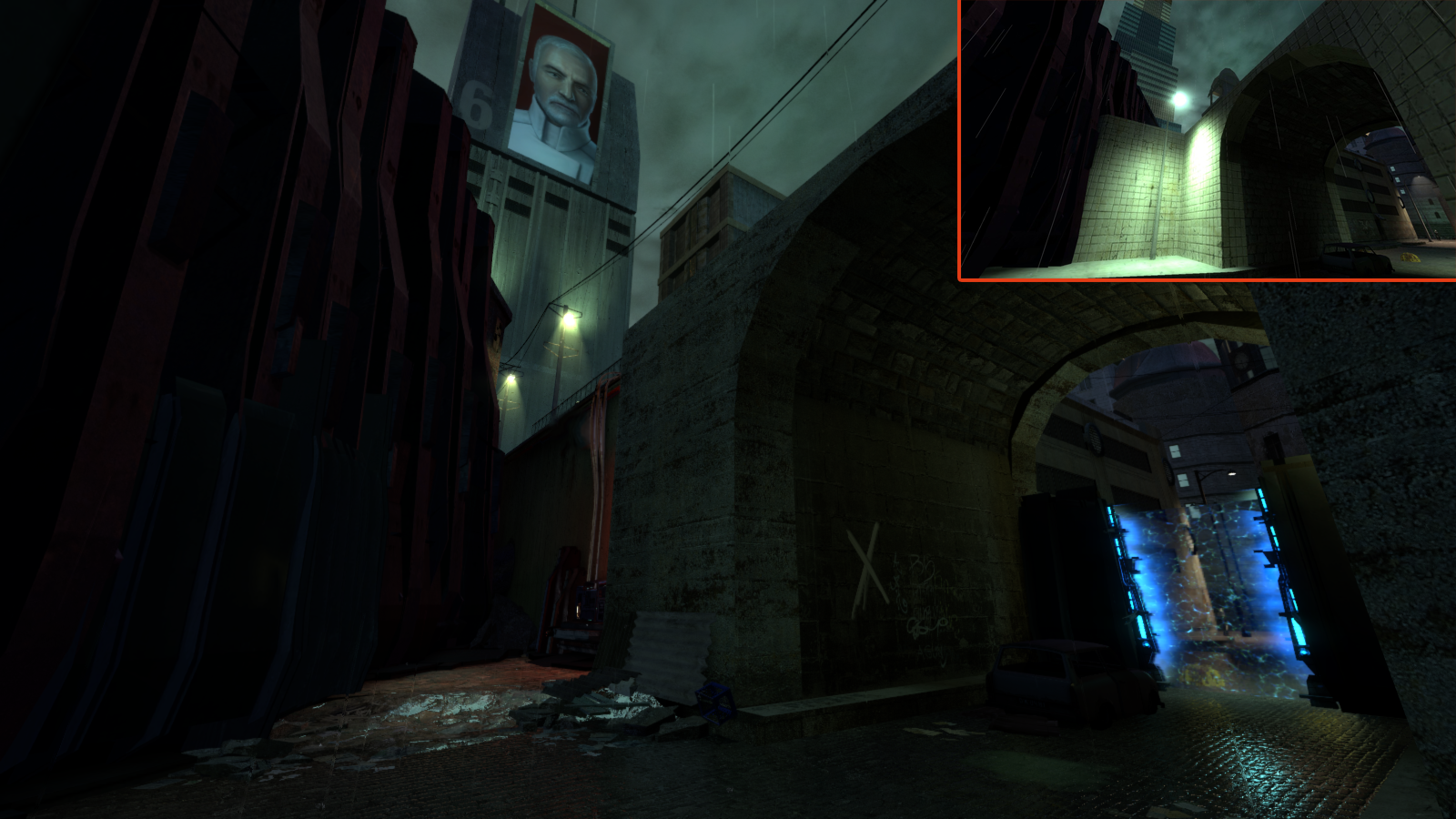 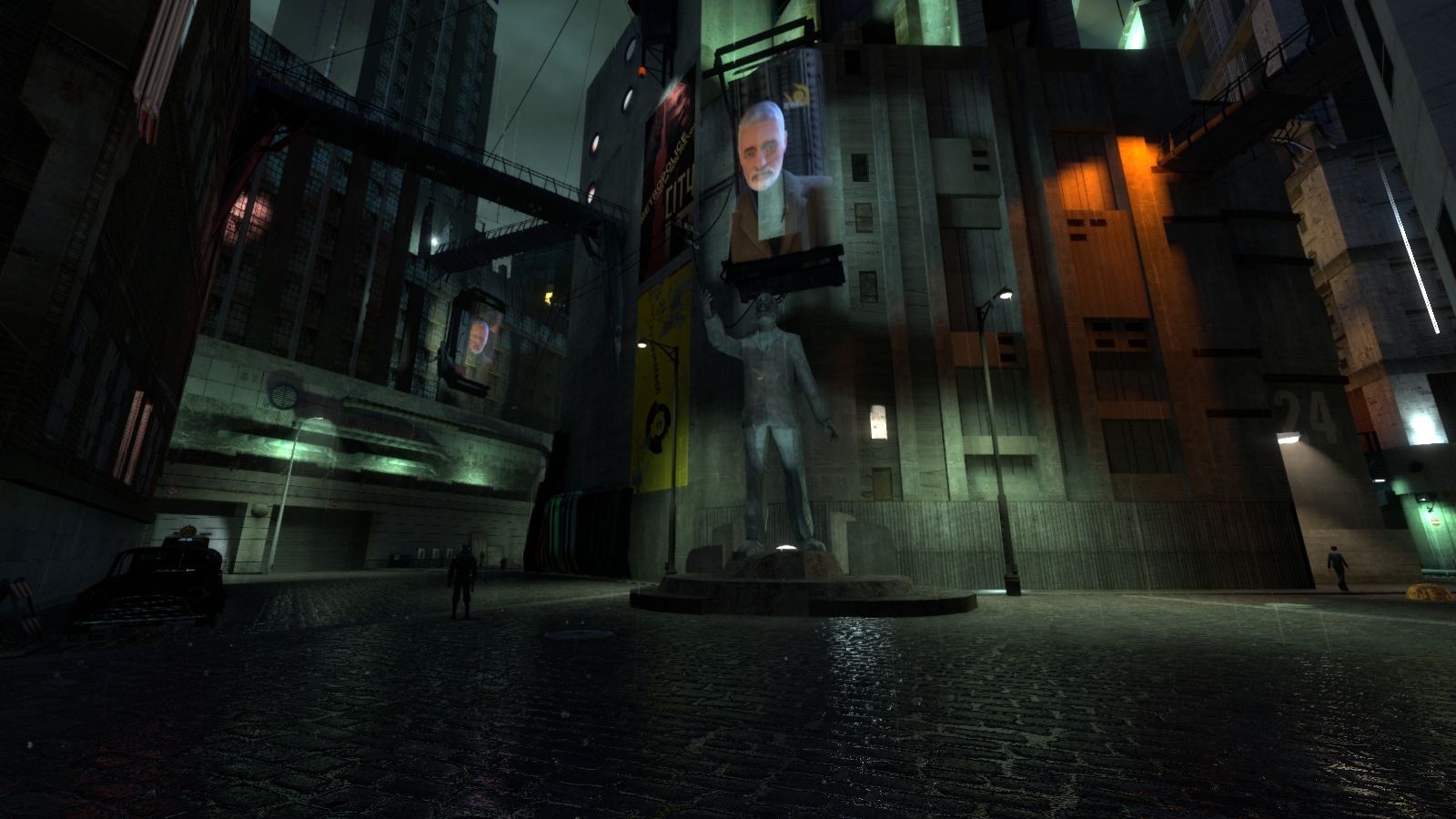 Arcade got a big overhaul: new visuals, soundscapes, optimization, plus reworked mini-games, with "Hackman" going through a BIG redesign. 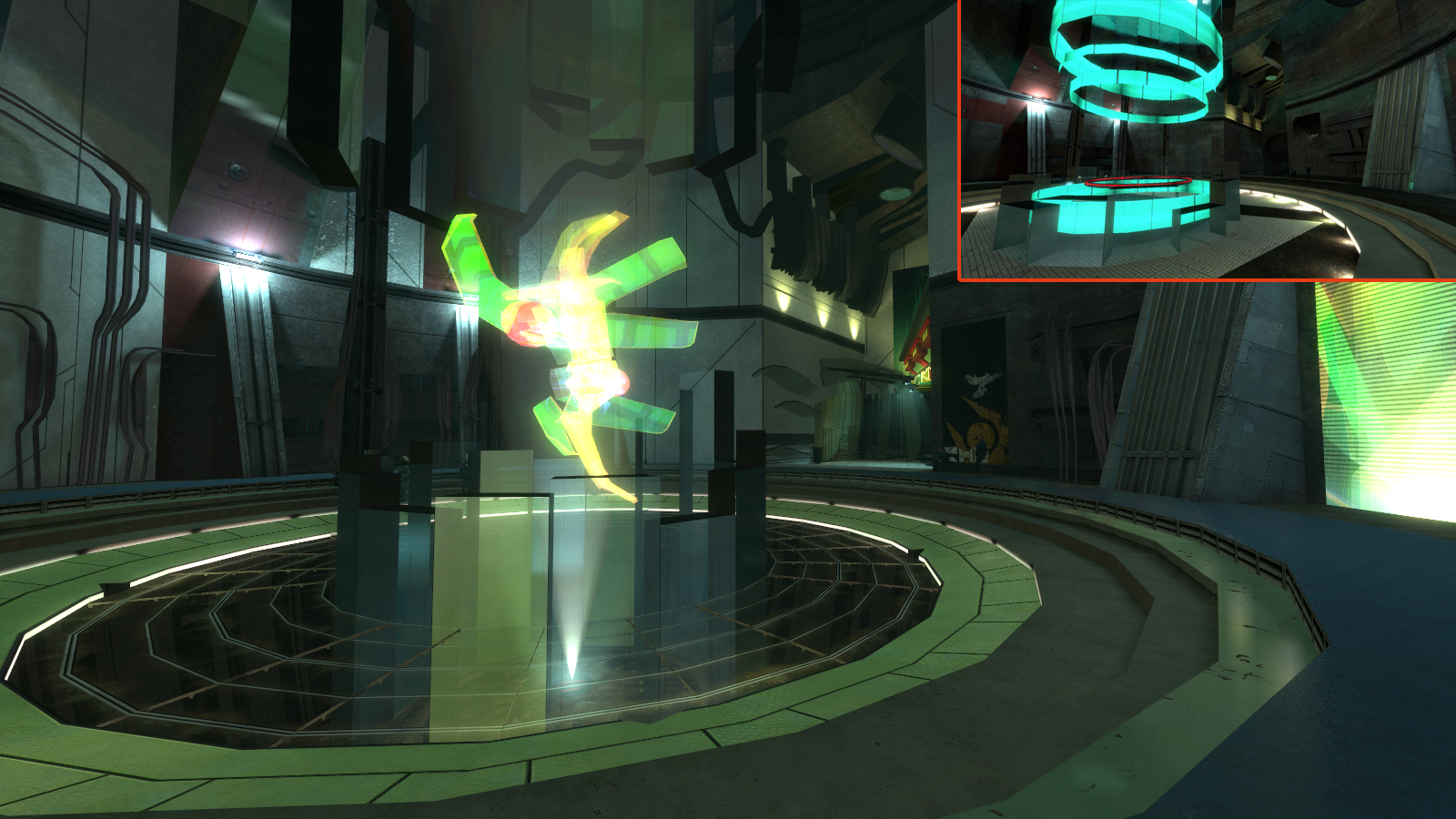 Radiostation largely stayed the same, only with a bit of polish aimed to improve navigation and making exploration more rewarding.

The biggest changes in Subt is replacing the fade-to-black transition at the end, with continuous and believable geometry. Plus, the level received some visual face-lift with lighting, vegetation, and prop detail.

Originally, places where you get teleported to, were made in haste. Now we had time to finalise them. Another big improvement is an overhaul of choreography, which makes the characters feel more natural. 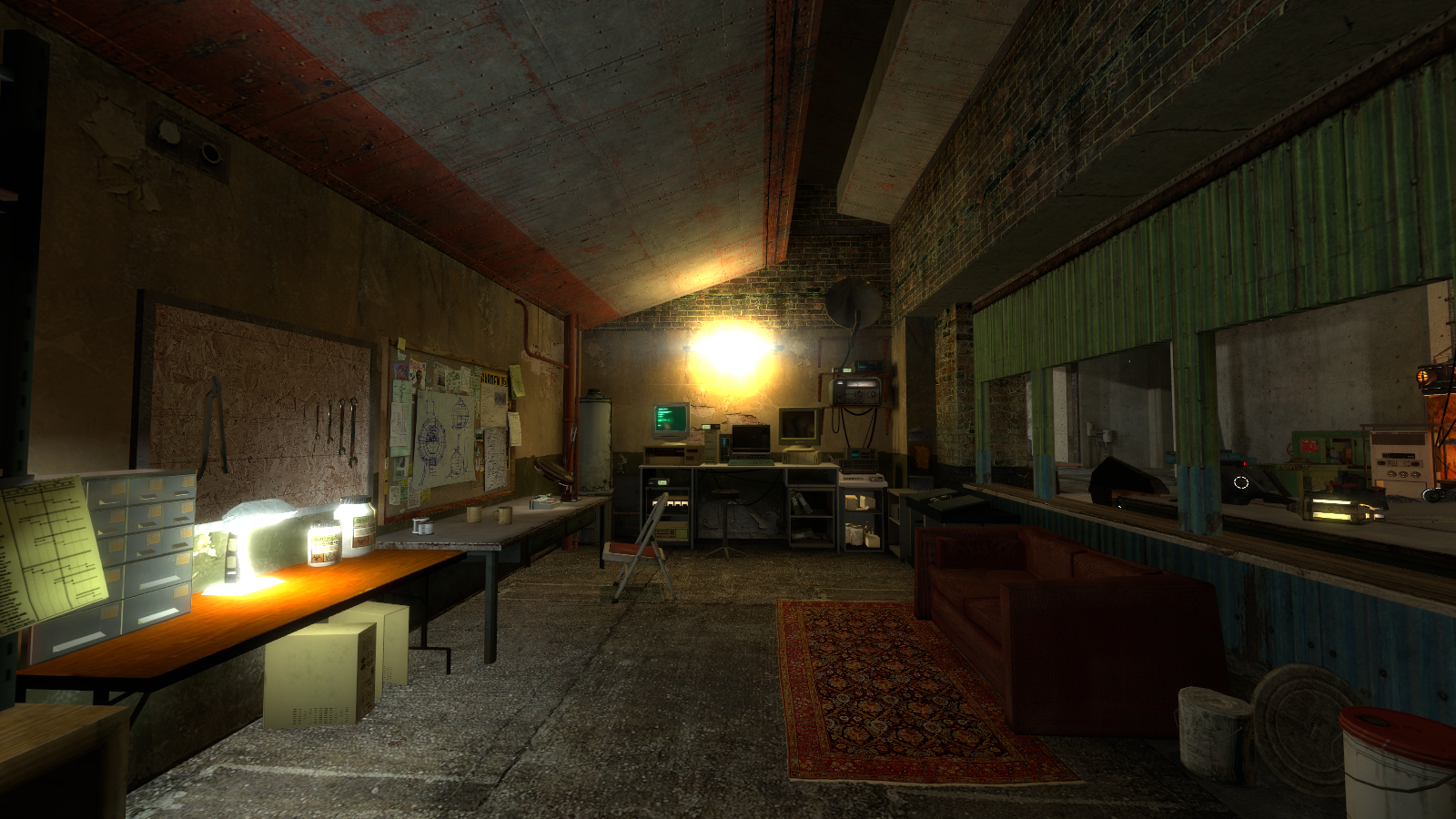 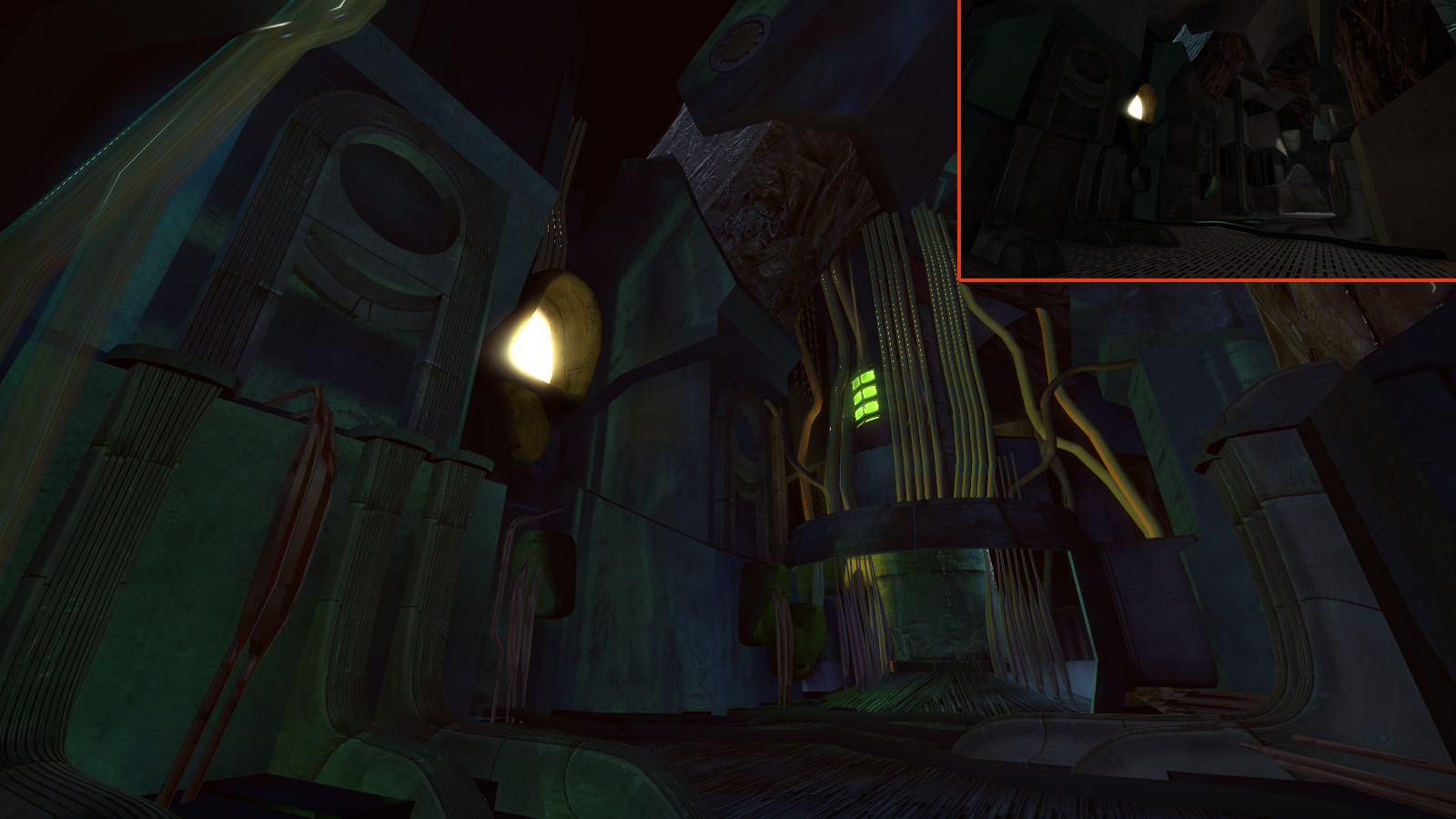 Before shipping this update, we conducted a closed beta testing, and recorded exclusive preview streams with these YT channels - HL2 Project Beta and The Renegadist. The latter recorded a huge session with us, where we talked about the development process and done some bug hinting (again, this was a beta).

We have a Discord where you can leave feedback, ask us anything, even preview some exclusives.

Tell us what you think of this update!

Awesome, and just when I thought that the maps were where it's at, you guys made them even better! Don't sweat it about not being able to release part 2 yet, we'll be patient like always. Just don't tell cringe about it, haha.

sweet! I can't wait to play this new update! please take your time with Part 2. rushing content is never a good thing. hahaha! this is gonna be great!

ayyyy
what a surprise

Some of these changes are really impressive, nice work.

Well this is exciting! Everything seems much more real and alive.

From great to awesome!

But does this mod have the green titizens in it?

Nope, you'll have to put them yourself in a custom folder

Loving the work you guys put into this. It's by far one of the most impressive Beta mods around.

The most impressive, i'd say. Not to belittle a lot of the other work that's been displayed in other projects, but the frequency with which DI gets updates (once every 18 months is really good by average hl2 mod standards) and the artistry and imagination that goes into the content of those updates makes it the leader of the pack imo

I remember you as one of the first people to start following Dark Interval. Back then only a few people were following - well, obviously - and I could memorise everyone. (the number grew out of that quickly)

Actually if I head to the very first page of comments, I see this

I want to thank you for staying here for THIS long. It's crazy!

almost everything looks marvellous but i'll have to agree with the streamer in the video on those sunken ship textures during the dream sequence. i'm not sure those white-ish textures are supposed to convey the impression of frozen metal but they're not very convincing and just end up making the ship look weird. maybe just use 'normal' metal textures and sprinkle some snow on top of them. anyway, just a small feedback. best of luck with the project

Goddamn this looks and feels good.

It's what I've always wanted out of a beta mod, please continue

You are from Anomalous Materials lab? Yes, I recognise you.

Weird, i get bad stutters every few seconds when i edited the settings..