A summary of progess with the mod over the course of the last few years. Also discussed are the current plans for the mod, and upcoming features as well as plenty of new previews!

Welcome to the first Development Post about CnC: Final War, an up-and-coming total conversion project for Red Alert 2: Yuri's Revenge! For those not familiar, this project aims to totally rewrite the Red Alert time line with a much darker storyline and overhauls both the atmosphere and the gameplay of the original game. CnC: Final War delivers on this promise of an overhauled atmosphere by adding in the gruesome deaths and violent explosions of vehicles with darker artwork and new theaters of war, while expanding gameplay with features such as the new "king of the hill" garrison-capture of tech structures and the in-game sub faction selection system. The three major factions have been completely revamped and renamed to draw importance to their history, each with their own campaigns of benevolence and acts of atrocity.

CnC: Final War's biggest departure from traditional Command and Conquer titles is the new ingame sub-faction selection system. Each sub faction is accessed via the "War Contracts" and named after each of the major military powers available in the world at the time of the events of the mod. These War Contracts can be purchased once a game at any point in the battle, and are 'constructed' from the Combat sidebar tab. Instead of a stylized cameo containing the artwork of the structure, instead the sub-faction logo will be presented as a cameo with a special indication that they are a War Contract as opposed to a traditional structure. After a player has finished 'constructing' their War Contract, they must click on the cameo and 'place' the Contract on the map. (These Contracts are specially coded to be placable on any visible point of the map, so you do not need to keep them inside your base.)

An example displaying the successful placement of a War Contract.

After being 'placed' on the map, players will notice all War Contract options will disappear from the sidebar. Once built, a War Contract selection cannot be changed and all other War Contract selections are disabled for the rest of the game. Players will also notice drastic changes in their available buildable forces once a Contract has been placed, with the Contract trading many features of a faction for their own variants. Contracts are powerful upgrades to any military force, each filled with their own strengths and weaknesses. Contracts grant access to several new infantry, vehicles, or aircraft as well as a support power themed to the playstyle of the sub-faction and a powerful Hero unit capable of becoming the centerpiece of any tactics. Contracts differ in their tactics, and their tactics require different changes within the armories of the main factions. The gunline-oriented slow yet
powerful playstyle of the faction-neutral AcheronTech War Contract replaces your main battle tank but does not affect your aircraft options, while the deathball playstyle of the Eastern Empire Okhrana War contract replaces your artillery and heavy tank. These dynamic choices offer more to gameplay and can be used to shift your combat style or ambush your opponent with specialized hybrid-faction tactics, but more importantly expand upon the core experience
offered by CnC: Final War. 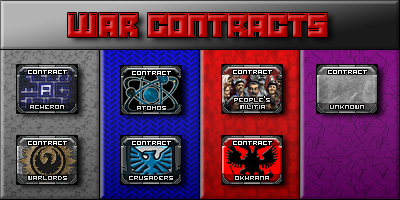 The Remnant Legion does not have their own unique sub factions
due to their role as outliers in this conflict.

WHAT'S ON THE WORKBENCH?

Currently the project is expanding towards completing the core ingame experience, with only the European Coalition missing their sub factions. The two European Coalition sub factions each fit to the theme of the European Coaltion, which utilize many different types of units and non-lethal support units in direct combat to win engagements. However, not all combat situations are not the same and the European Coalition have two War Contracts they can request to solve more complex or non-traditional threats facing their forces. The elite and experimental military force deployed on high-risk engagements by the European Coalition are known as the ATOMOS Project, who use incredibly advanced autonomous
weapons platforms and miniaturized variants of powerful active-duty weaponry to completely outgun their adversaries. And when lighting-fast precision strikes are need the Coalition Crusaders are at the tip of the spear, utilizing high speed platforms and heavy air superiority to overwhelm their targets. 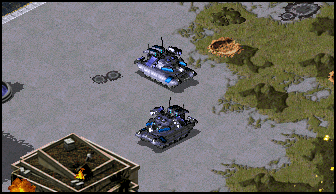 In addition, units are receiving updated graphics such as the Pantheon Mirage Tank.

The sub factions are not the only large-scale project currently in the work for the project. The focus on maps, mapping, and the theaters of war themselves have yielded new content as well. Shown before were the Node system structures, which have now started to appear on remastered maps featured in the project. New maps are being added to the project, with the first set of fifteen new multiplayer maps being added in the last balance patch. Each theater is being added onto, with Temperate being the first theater to receive Urban Expansions and an Interior Sub-Theater that Snow, Tundra and Desert will also feature. OmegaBolt's Lunar Terrain Expansion is also featured in the project now, although the
intended purpose of it's inclusion is being hidden for a special feature to be revealed at a later date. 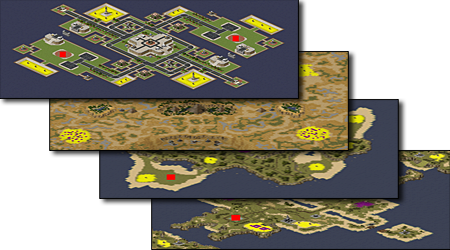 We've even got a 7 player map coming!

The future of the project is bright, and filled with many intended features to be added to the project as time passes. Scripts are currently being discussed for an entirely new set of voiceovers. Assets are receiving reworks to keep the established quality bar incredibly high. Balance changes and reworks of units occur frequently, keeping the focus on obtaining a solid multiplayer experience that's true to the design goals of the project. The launcher's got a new set of selectable combat mutators and game variants, such as Unlimited Ore Storage or Apocalypse AI, respectively. Game modes that focus on specific battle types or add new battle experiences will be added in the future as well, such as the flag-oriented Assault game mode made famous by Cannis in the earlier years of Red Alert 2 mods. The only thing stopping Final War is time, my friends. Until next time... 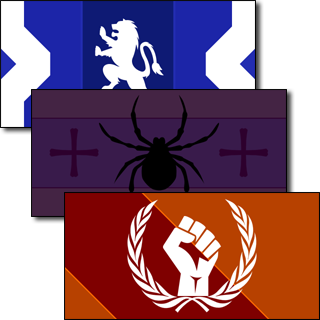 The new faction flags, as designed by Kerbiter of the CnC: Mod Haven discord.