One Vision is a gameplay mod for Kane's Wrath which makes all 9 faction more distinct and unique. This brand new version marks the 8th release. Read the full news for a lot of exciting new information. 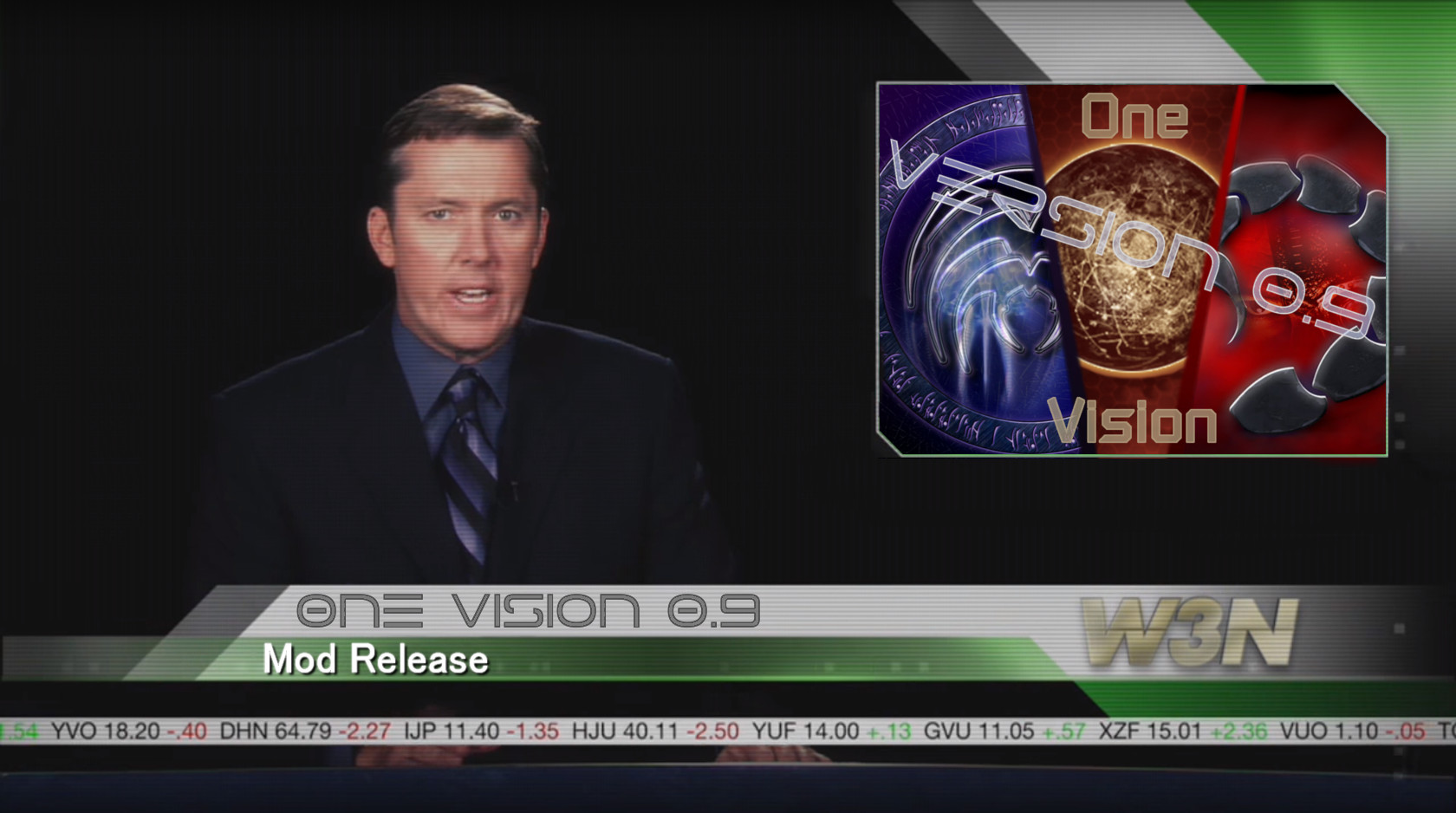 I proudly announce the release of One Vision 0.9. Since it has taken so long to finish this version, I think it is time for a moment to look into the past. This release does not only mark two years of development, but also celebrates 10 years of Kane's Wrath.

It's a small miracle that there are still so many people who share such passion for this classic game. Kane's Wrath is a unique game and I am very happy that I made a huge step in bringing the best Kane's Wrath experience possible.

More importantly, this game still has an active online community, which is why we announce another One Vision tournament. For more information, checkout Phantom's post on Gamereplays.

Apart from the new upgrades, units and abilities this release also makes the game more approachable for beginners and improves the visual appeal of the game. To make the factions feel more unique, I gave unique reskins to three more factions (ZOCOM, Black Hand, Reaper-17). I consider atmosphere in games crucial for a fun experience.

Because the changes in version 0.9 are too numerous to count, I want to focus on the highlights. From now on, all Nod and GDI forces have unique T4 units. These units were carefully created to fit into the theme of a faction and be fun to play.

Similar to Planetary Assault Carriers, the new T4 units are very powerful but far from being unbeatable. Use them carefully!
For more information about new content, read the full changelog: Pastebin.com

First, I want to thank everybody who provided feedback during beta testing. The input from the community was invaluable to balance all the 9 factions and fixing a wide range of bugs.

However, balancing is merely one aspect of a great RTS game. My overall goal is to make One Vision more intuitive and fun to play. As of now, new players might feel overwhelmed with all new units and counters

To make the game more approachable, all unit descriptions now contain the unit's damage type as well as its weakness in combat. I take gameplay very seriously and want the game to be as easy to play as possible.

In One Vision, rockets weapons are a reliable counter to medium battle tanks

At this point, I dare to say that One Vision is far more balanced than vanilla KW. I also consider it a victory that scorpion spam or manspam "tactics" are far less effective. And finally, many more units remain viable in the late game (like Scrin infantry) and base defenses received a much needed rework as well.

The Future of the mod

Version 0.9 excels in making all faction more fleshed out and this version paves the way towards greater inner diversity of all factions. My ultimate goal is a fun game where every faction can be played in multiple ways and players can invent their own playstyles.

As of now, Steel Talons and Reaper-17 are powerful factions but their strategy mostly resolves around using several strong key units. They lack the finesse and diversity of other factions like Marked of Kane or RRF which have a greater pool of viable units to choose from. 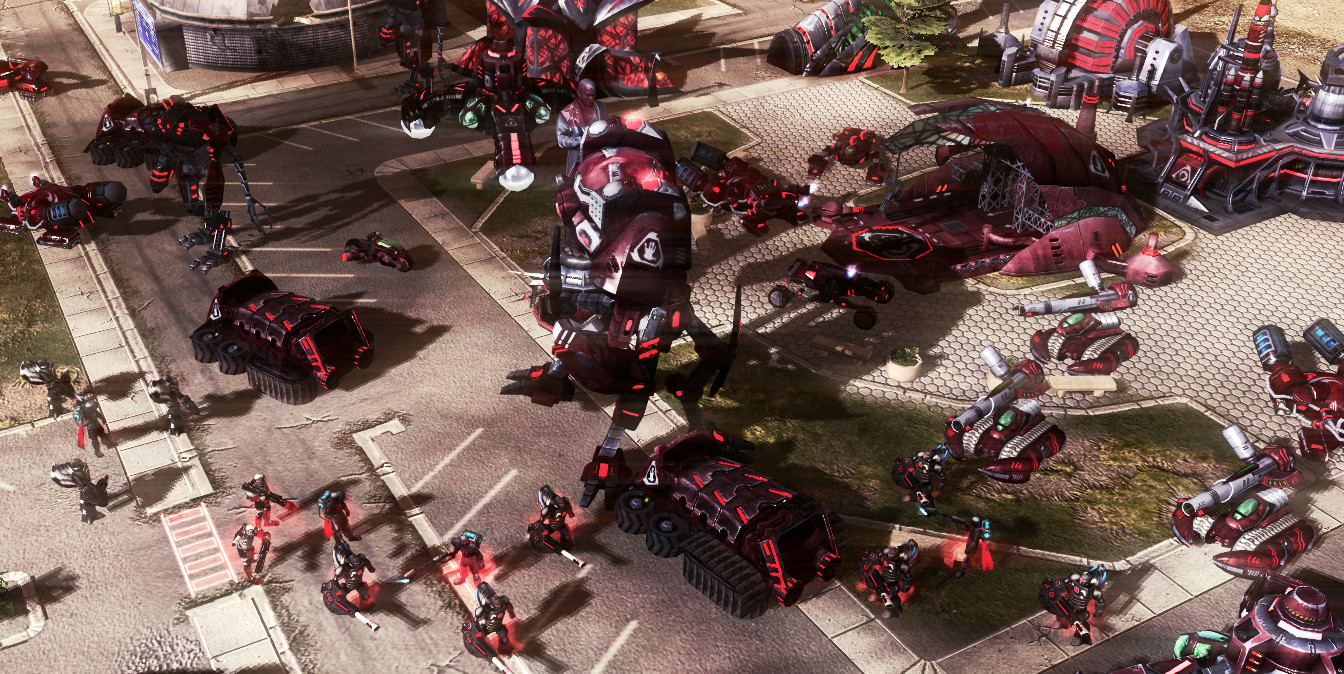 For the future, you can expect more interesting faction dynamics as I try to make all the factions more distinct and fun to play. I want to bring the best Kane's Wrath experience. Progress might not be as fast as it used to be, but it's a hobby I've been enjoying for years.

One Vision, One Purpose.
Peace Through Power.

Love the work your doing.

Seems too crash with no error after about 10 mins with Black Hand and Steel Talons. Did get a full game as ZOCOM though ?

Me too with every subfaction.

I have tried reinstalling the mod files as well as restarting the computer and nothing has helped. Hopefully something in that message will let u know whats wrong. The base version of Kane's Wrath works fine.

Graphics Settings should be medium and higher. author did not specify in the instructions

The Zone Trooper for steel talons can't be built even with tech center up :/

they dont have spaceial infantry, zone trooper is only for rfa. for zocom is echo trooper

very bad change... MRT repair drones don't attach to enemy and neutral objects anymore... u.u i repair garrison buldings with these... this is the only bad change in the 0.9 version

several crashes, unplayed (only 10 minutes for game, later, blackscreen and out of the game)

Good mod, I like it, thanks to the author