2032: Cabal was defeated by the combined forces of GDI and Nod. However, the destruction of the Core did not mean the alliance would last forever. Kane was dead, the Brotherhood scattered without a main leader. With no leader to follow, this made them an easy target for GDI.

2035: After multiple assaults in Nod-controlled territories, the Global Defense Initiative declared that the Brotherhood of Nod was finally defeated. After their victory, the task forces were split into three main groups. These three groups were:

The Steel Talons however - were ordered to take control of previously owned Nod territories and eliminate any hostile threats. GDI and its 3 sub organizations had been progressing with their intended missions until growing tensions between populations living on the fringes of Red Zones and within Yellow Zones started to boil over. Eventually, these actions would explode into volatile acts of rebellion and resistance.

2039: The Forgotten, mutated humans who lived hidden in these Zones had united under a large armed front to repel and destroy GDI presence in their territories. Surprised by the Mutants, GDI had to react.

Currently there is no download of the OpenRA compatible build available here at ModDB.

If you want to play/try the latest version, you are free to join us at our discord group to get in touch with us.

What has happend the past months?

First of I want to apologize for my lack of communication. It's been a while since I updated the moddb page of Crystallized Doom. So I want to use this moment here to sumerize everything up.

As many of you know this project is going on since several years (we had good moments but also bad moments). All of those experiences stack and can become quite of a heavy burden.

I never could have imagined or dreamed when I uploaded this mod the first time here that it would lead up to such a path. You start to gather experience, find new team members and grow close together.

Working so long on a project makes it really be part of yourself, while that's not a bad point in particular. It made me feel in a need to try something fresh and new. So a few months ago I started to experiment with other projects - while I left CD to the other team members taking care of it.

Now I don't want to go into too much details what exactly those projects are, but for the sake that I own you guys at least some explanations.

The first project I worked on was called Iron Dominion - it's an OpenRA based game set in a WW2 setup. It features gameplay similar to games like Company of Heroes, Sudden Strike and Blitzkrieg with a grain of C&C. It's biggest focus where unique tank combat. All vehicles would have specific directional armor inspired by their real world performance. The same applied to the weapons, and other performance stats.

You could tell depending on the hit feedback effect/sound if the shot was a direct hit or not (depending if it hit the front, side, rear or a critical direct hit). 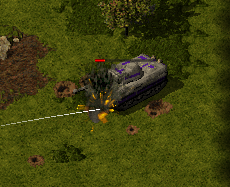 Each vehicle has 9 targetable hitpoints and 4 areas (front, back, side, center). 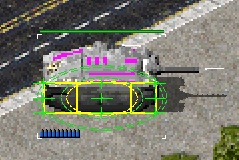 Next would be ammo and fuel management. Tanks could have different kind of ammo types like HE, AP, APCR or HEAT. 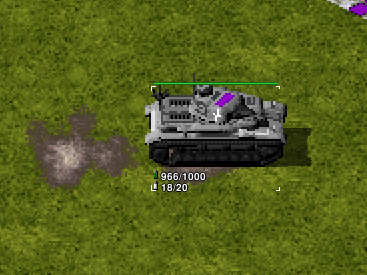 Tech would be time controled and evolve over time in a game, with 4 eras (early, mid, late and post). Each era would have 3 phases exept the post era. Those phases would resemble the early to late timeframe. One phase would take about 5 minutes (default setup). Unit roster would change depending on phase and era of the game.

Units are directly called via your Commander Tank. The Commander Tank is crucial as it provides your basic income next to the capturable control nodes on the map. Those nodes are only captureable with infantry. 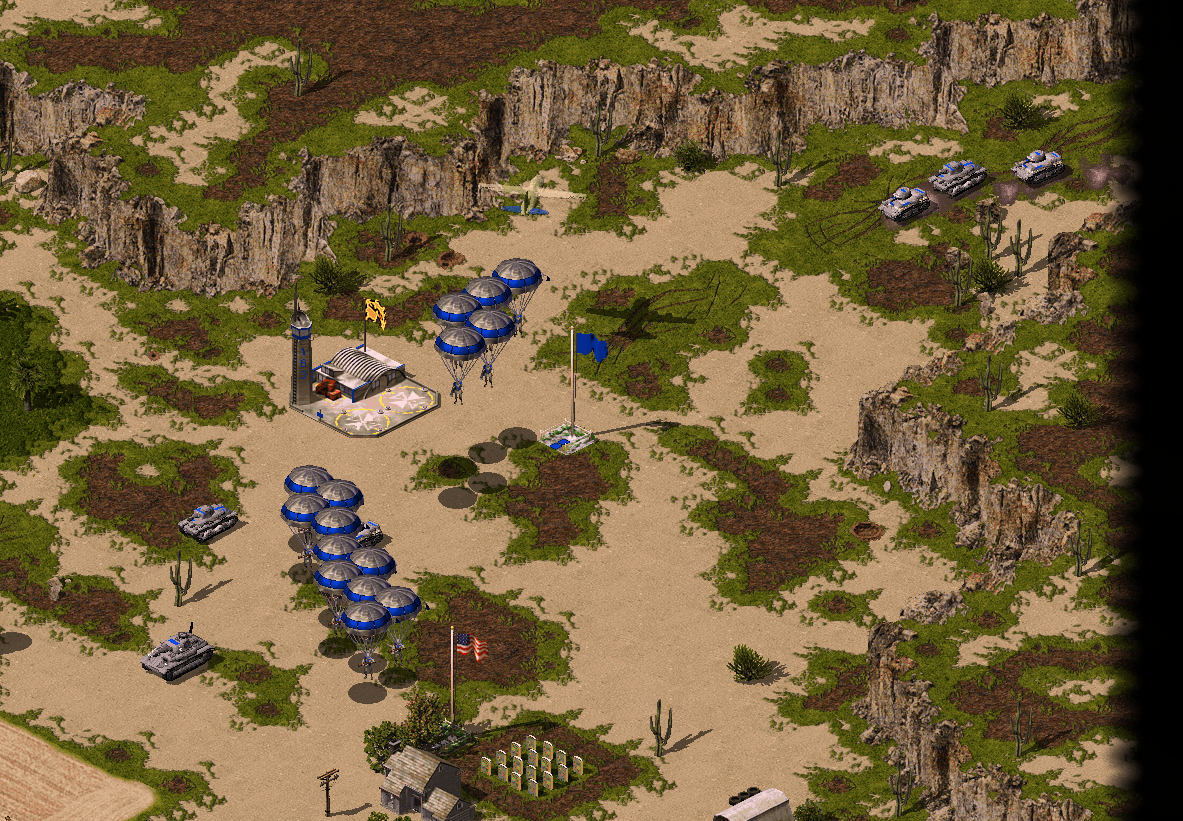 It's unit list was already kinda big, where I was close to finish up Germany (missing just a few post phase units). 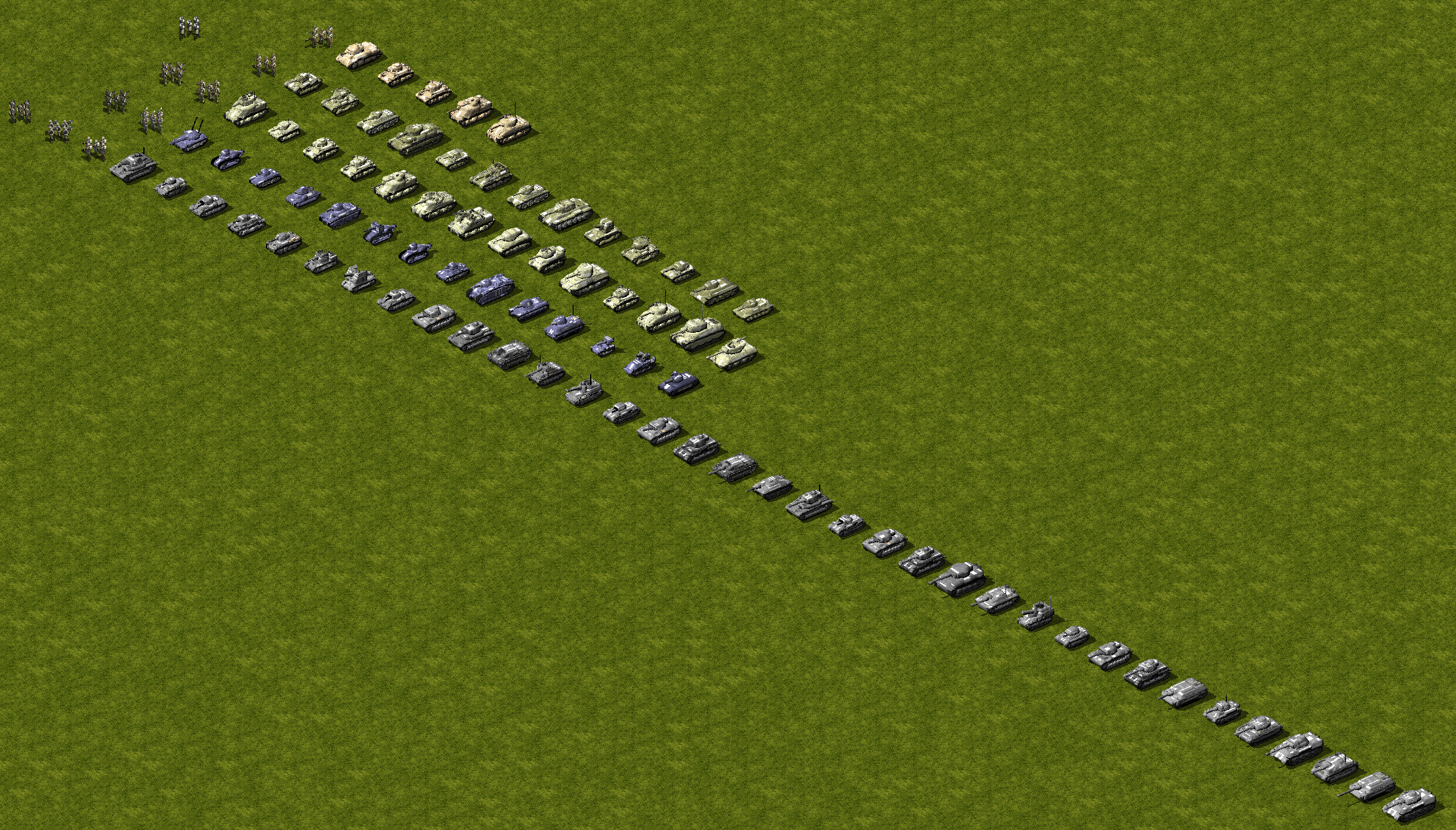 Size comparisons of Pzkpfw I up to Pzkpfw VIII Maus. 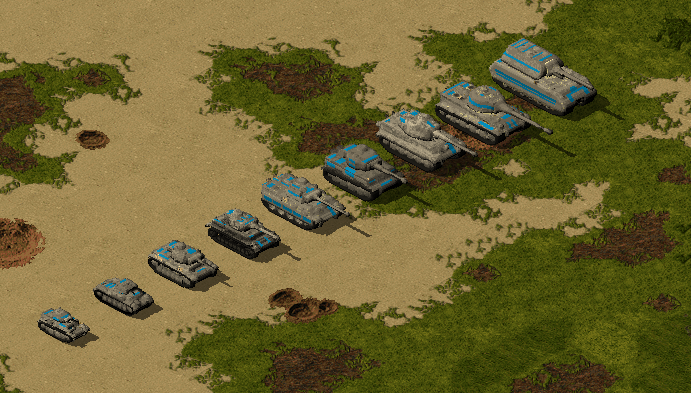 ATM this project is on hold (it is/was more or less a big experiment with new features - which could not make it into CD for obvious reasons). I may take this on as a side project if people seem interested in it (the few early testgames we had where very fun!).

The 2nd project was a bit more ambitious. With the help of Voidwalker/Trempler we looked into solutions to achive a bigger scale kind of combat. So we tried out Spring RTS. Now the problem here is that there is no real foundation for any kind of C&C style game with it. So we had to start from zero. Our first line beeing to recreate Tiberian Dawn in this engine as a base and testing ground for a "Crystallized Doom on Spring RTS".

Here are some WIP screenshots of it: 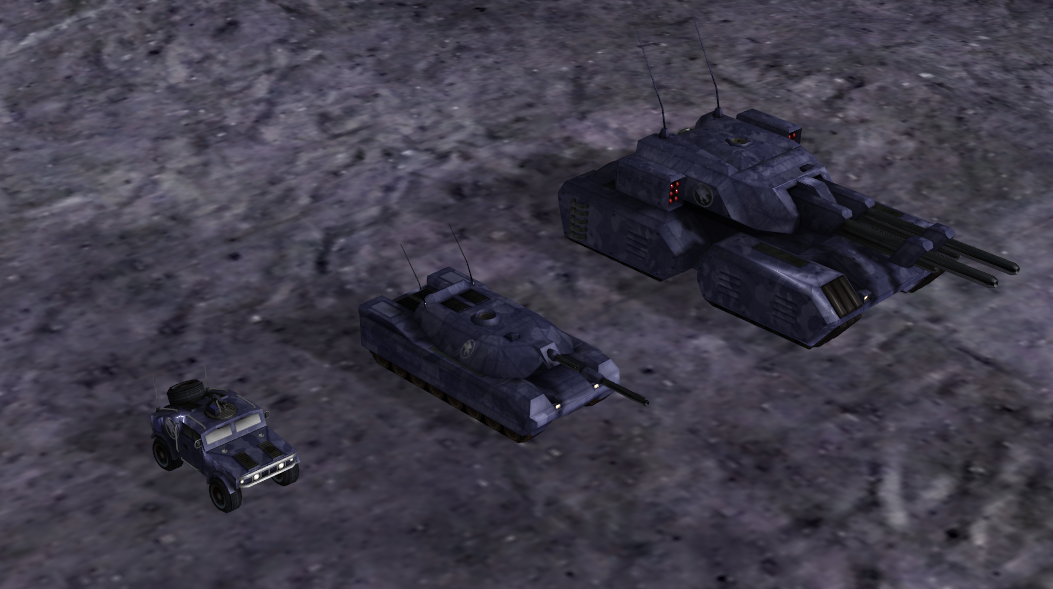 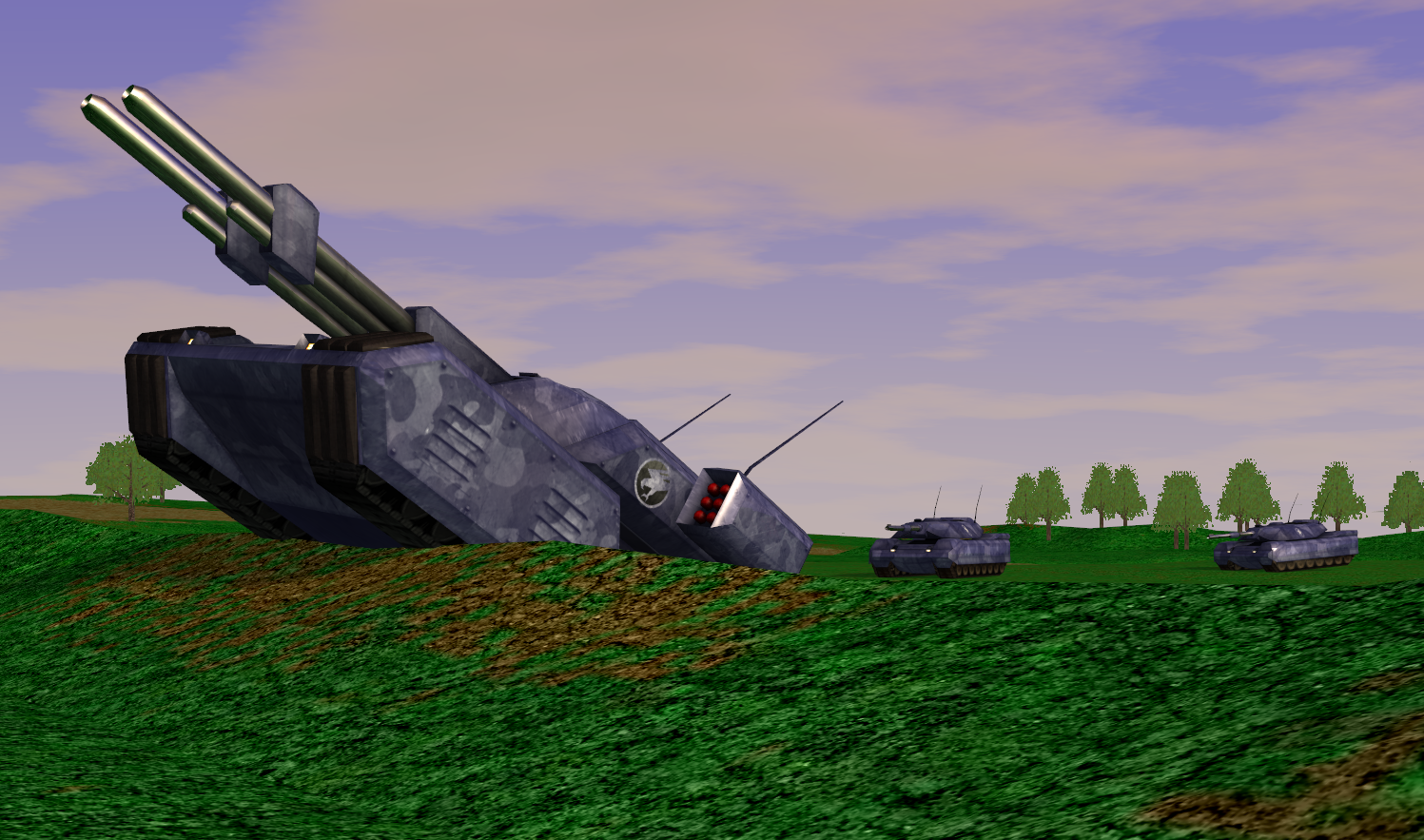 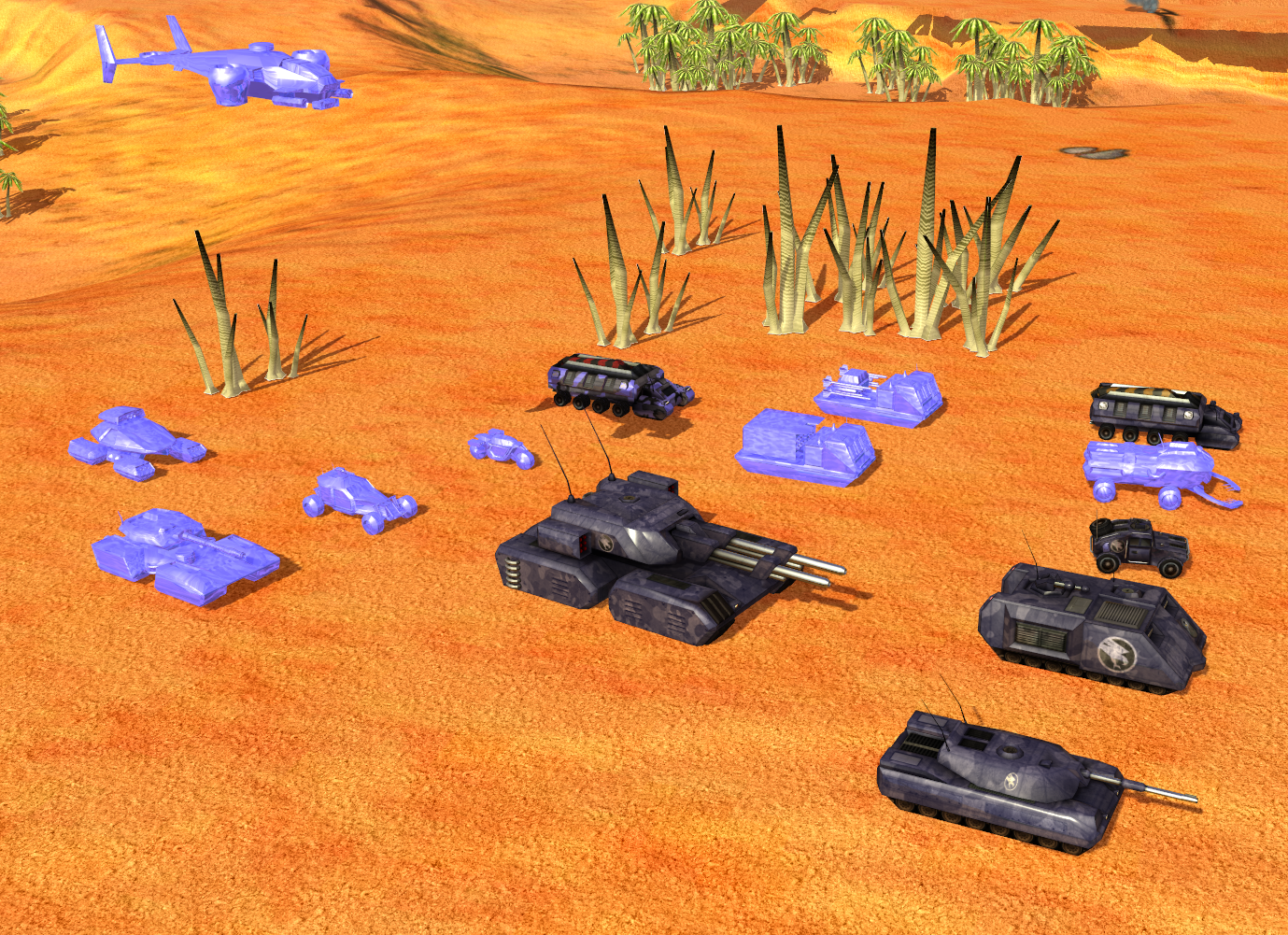 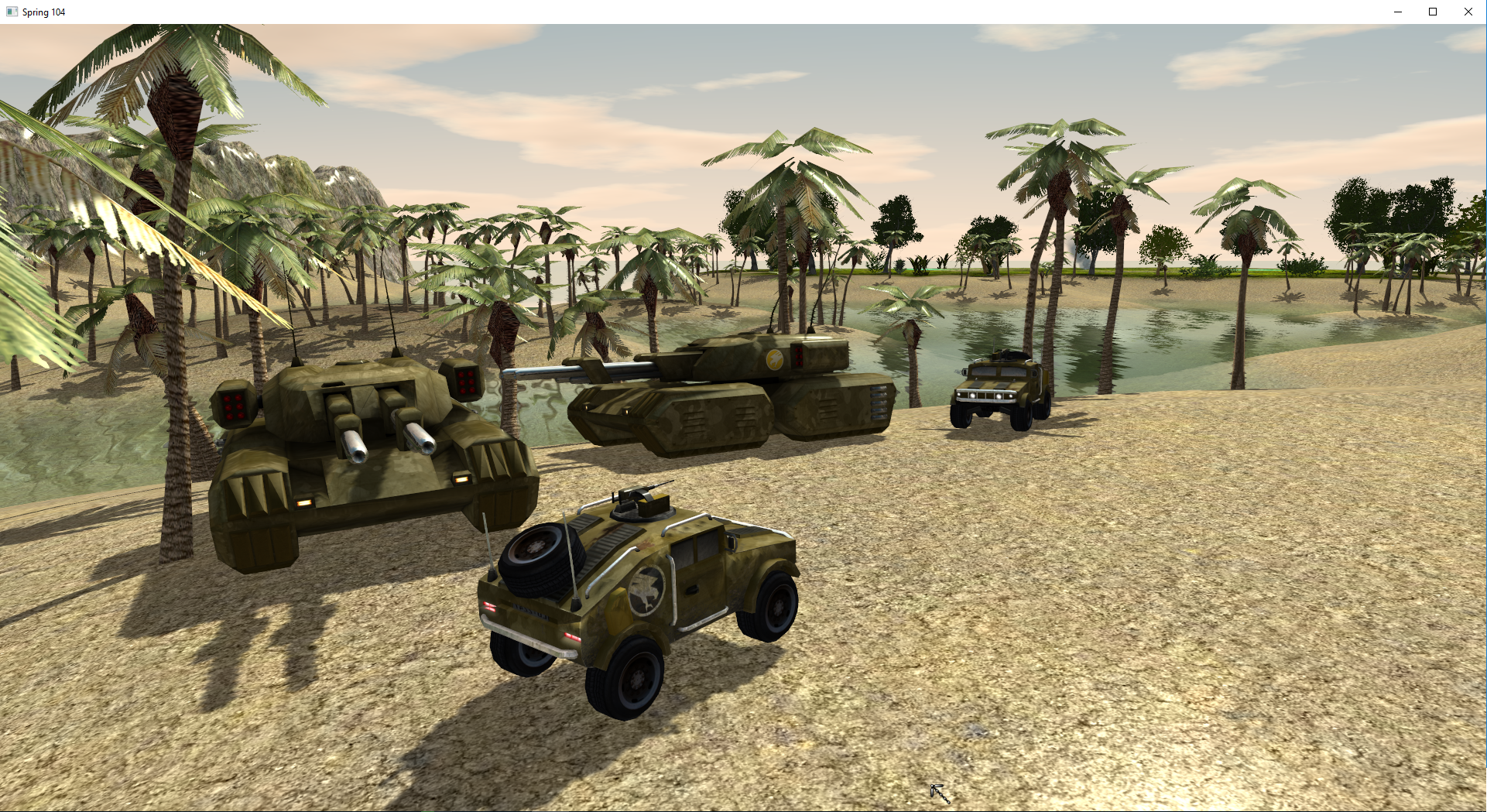 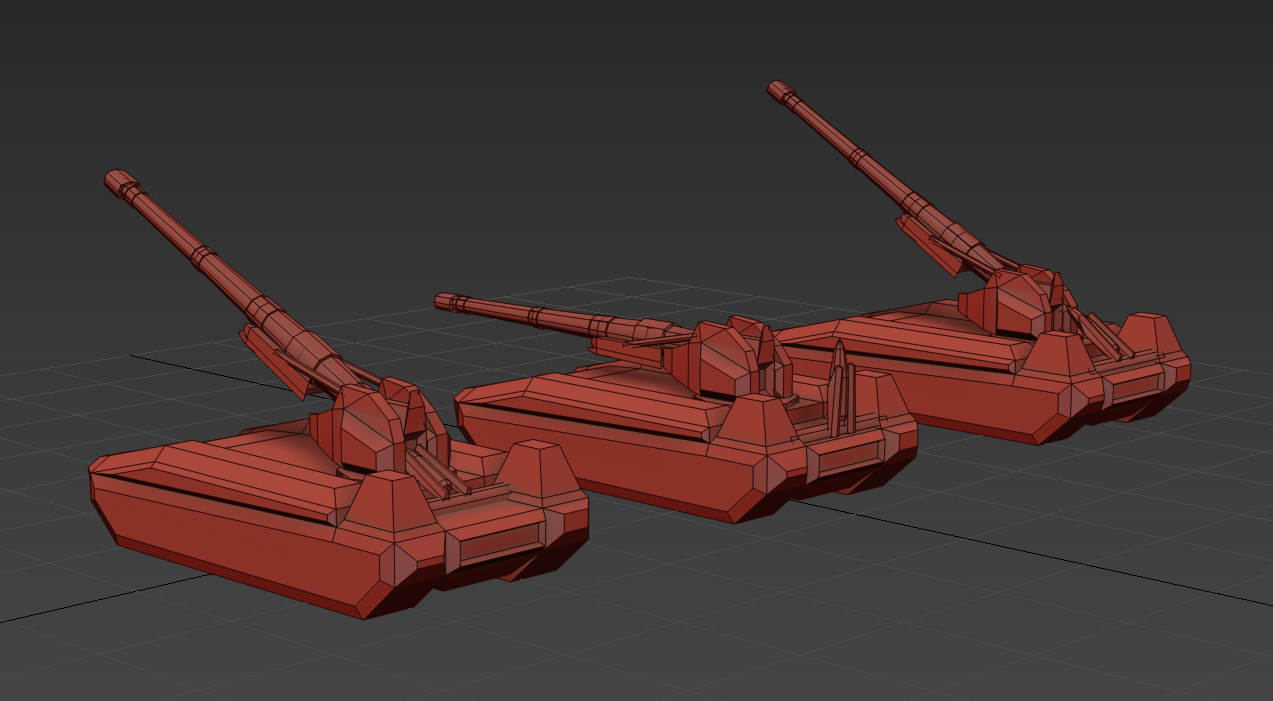 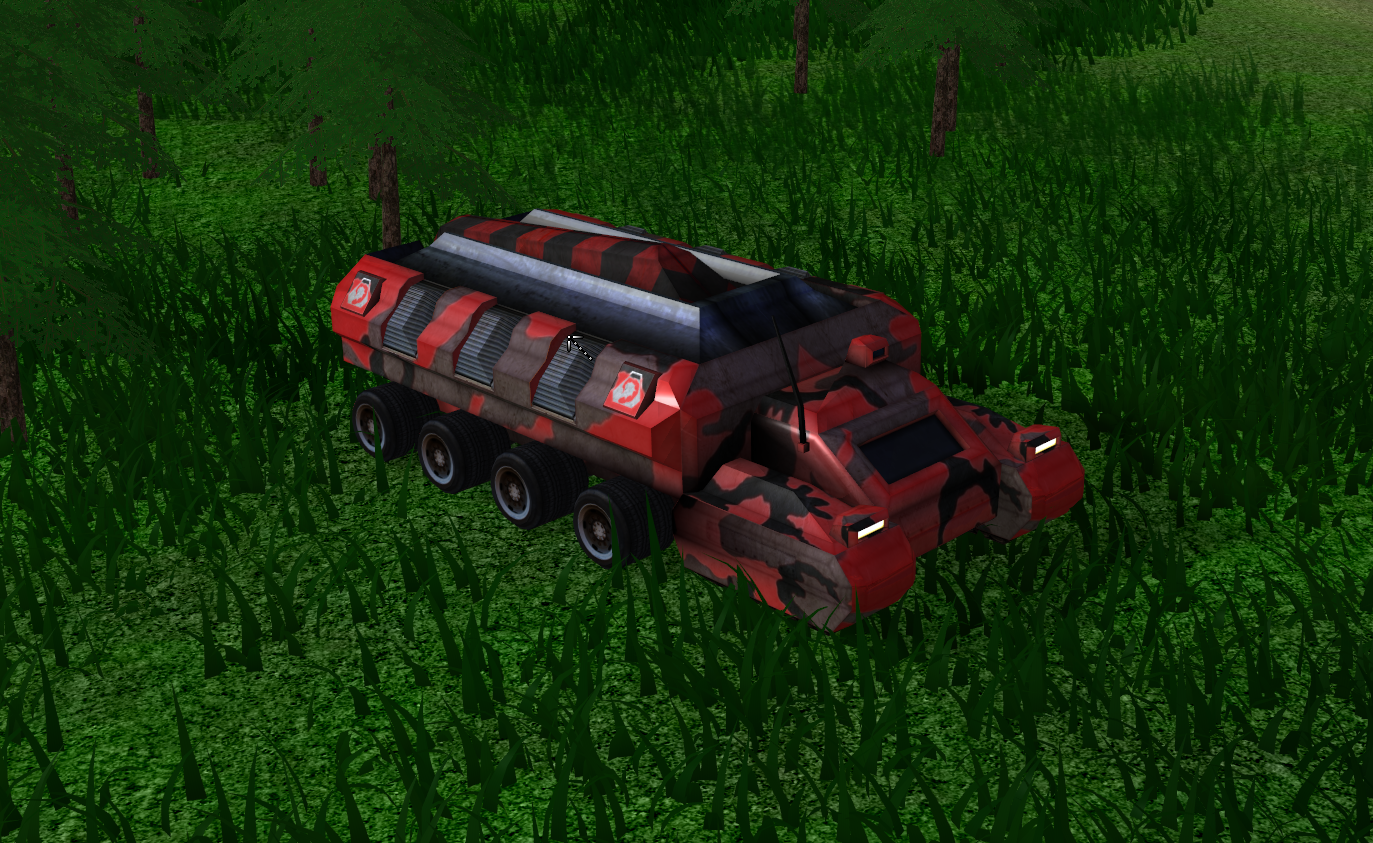 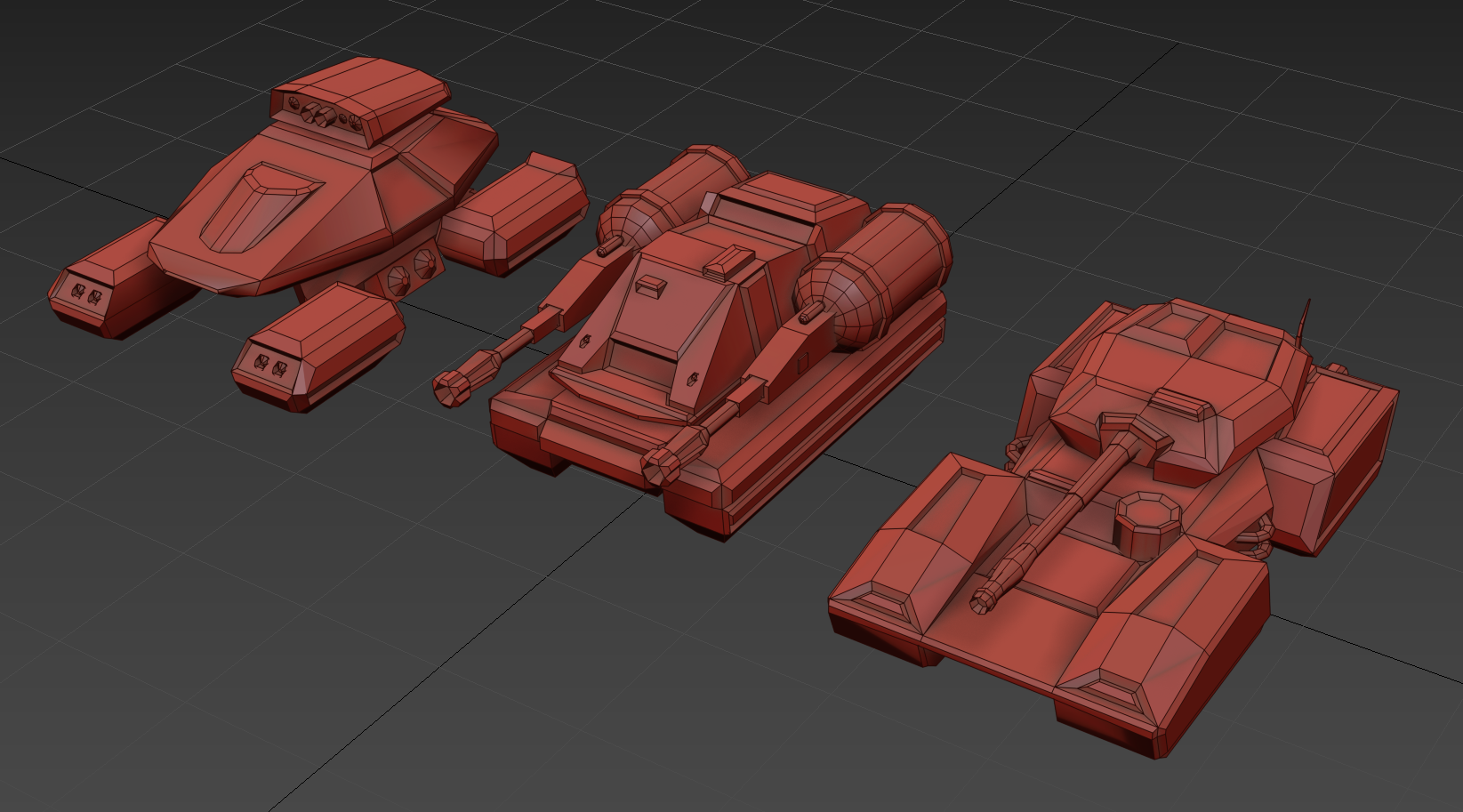 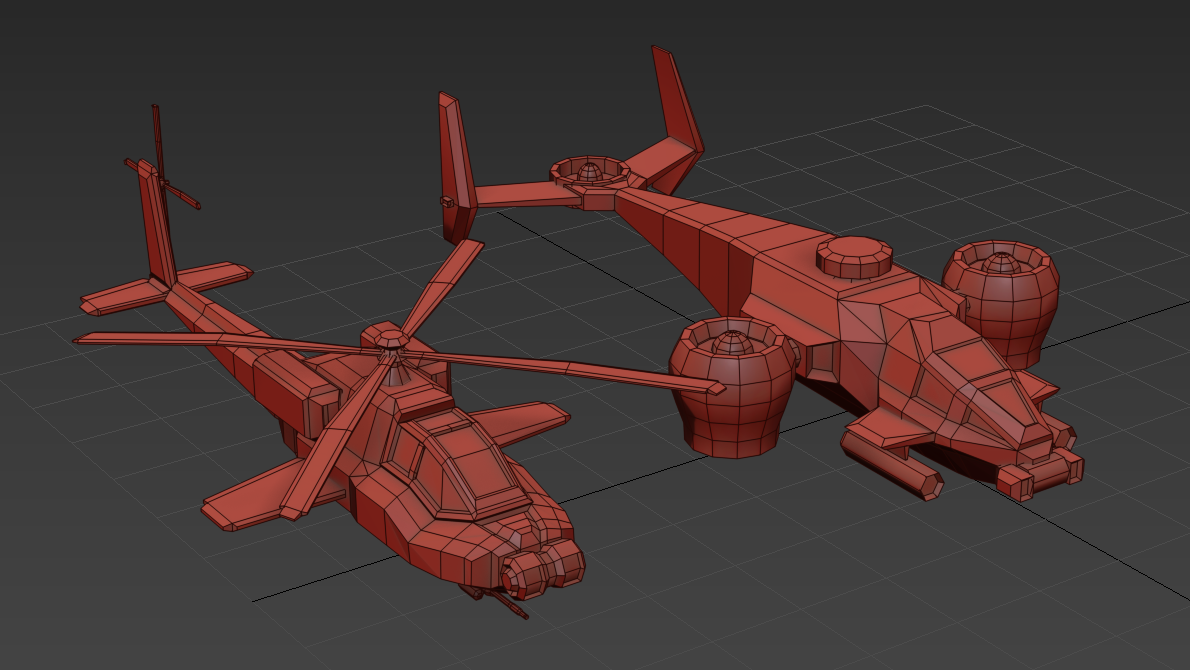 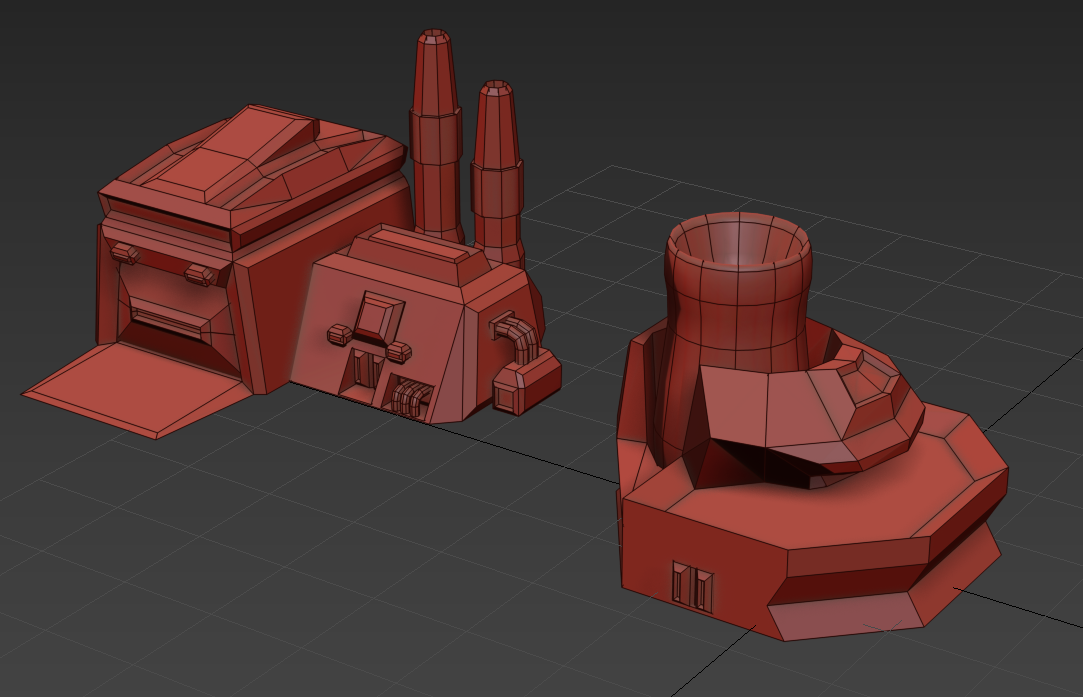 While it was REALLY fun/interesting to work for my first time with a 3D engine - it was clear that it would take way more time to get into that (and that our team of 3 people who worked on this would be overwhelmed).

Now back to Crystallized Doom, since I kinda have very much burned out of it back then and looked for something to carry on and to distract myself - those where the results of it.

I understand many people might hate me now that I dropped CD for some time and let it in the dust and more importantly all those people who where not in the discord (as they most of the time got information about this two projects) in the shadow of no information at all here on moddb.

But CD is not yet done, while I was very much out of the loop and kinda got lost. For the sake of all the insane work my other mates and I myself has invested into it, we have to finish Crystallized Doom for OpenRA first - after the we can see what the future will bring.

There will be more information related to OpenRA Crystallized Doom details soon!

Crystallized Doom first livestream will take place on the 7th May!

The Crystallized Doom dev team is looking for closed beta testers for the first OpenRA build!

This is the legacy version of Crystallized Doom for original Tiberian Sun. After several requests - I upload it here again as archive.

I like Nod CABAL GDI very much. I want to participate in the closed beta of your MOD

Hi, can someone explain how to install the mod?

how to instl still game i cant get inside the game

Sorry, but I have some problems. I'm on mac and i'm attempting to play the mod, but the openra cd source on GitHub doesn't work since it doesn't compile properly due to this error: "Updating GeoIP country database from MaxMind. make: *** [geoip-dependencies] Error 6". I tried the jar launcher on discord that should work on anything but when I try to update I get a massive error connected to Openra.Utility.exe.

I'd appreciate any help with the matter.

The latest CD OpenRA version is pretty outdated. I am planning to get later this year back to it.

Ah, ok. Thanks for the answer. Good luck with the mod then!

How can I install this game on openra

Was the old one deleted from Moddb? Really enjoyed that one. :c

Yeah, I am confused.