Hi there, and welcome to my project to "uncut" Black Mesa! Black Mesa was a crowning achievement for modding for sure, but it felt like it was lacking a little in some areas, particularly Surface Tension. For those of you that were not aware, Black Mesa's version of Surface Tension cut out a map from the original which was integral to the story's progression. Its replacement felt rushed and poorly implemented. My mod attempts to add that little something back into the game. I took the liberty of re-adding the cut chapters from Surface Tension as I feel their omission strongly harmed the story and really damaged the tone of Forget About Freeman. I've given them the same treatment Black Mesa gave everything else. This mod currently adds 40 - 50 minutes of gameplay and story to Surface Tension, improving the Black Mesa experience and it's overall narrative. It integrates seamlessly with the Black Mesa campaign too, just like it should. Why not give it a whirl?

I bring good news! This is the absolutely final, full release of Surface Tension Uncut, my little mod which adds the cut sections back to Black Mesa's Surface Tension, seamlessly, at no loss of quality. It gives Surface Tension the fitting climax it deserved. This version is a huge step up from previous versions and marks the end of the development cycle. Onward...to bigger and better things.

This news post is to mark the milestone release of V1.11 final of Surface Tension Uncut, which brings the development cycle of this particular part of the mod to a close. However, there's still more to come! Read on to find out more!

I'm also linking this news post to a video I shot a couple of versions back, with a developer commentary and comparisons with Half-Life 1. If you're interested in the project for whatever reason, even if you have/haven't played it, I'd recommend checking it out if you have some spare time. Though it's a little outdated, the commentary isn't, and it's still definitely worth checking out! 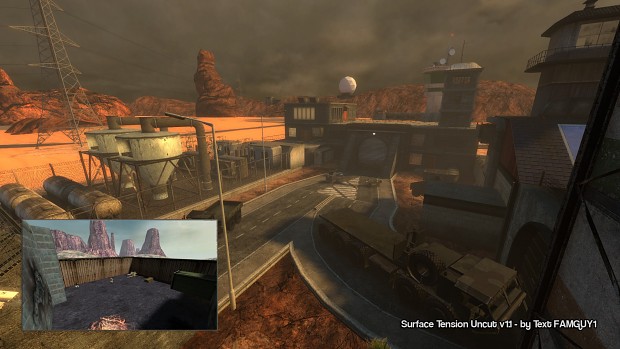 Well guys, that's it. This is the final, completed, 100% developed version of Surface Tension Uncut. It has been refined and honed, bugfixed, balanced, feature added, and all sorts from the previous versions, to deliver what I believe is the best product I can physically deliver, and hopefully pays tribute to Half-Life's Surface Tension, in all its glory. This is the final, wide release, and I will be promoting the heck out of this. This product has been made through an extensive dialogue with the community over any and every issue that has existed in these maps on the past, I have worked extremely hard to perfect and fine-tune every aspect that exists. A big thank you again to the Black Mesa community, you guys rock! 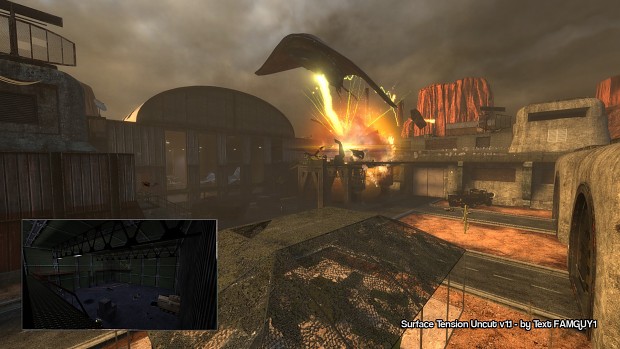 For those of you who haven't been following this project, Surface Tension Uncut is my mod designed to re-add the cut maps to Surface Tension, as their omission greatly harmed the overall narrative, as well as missing out some of the iconic gameplay/scripted sequences which were found in the original Half-Life. I've remade them to the best of my ability; though rather liberally, as I've always found those maps to be particularly mediocre in the original in terms of design. My maps have a particular focus on the escalating conflict between the HECU and the Aliens, and serves as the climax to Surface Tension which the BM Dev team didn't really allow it to have. 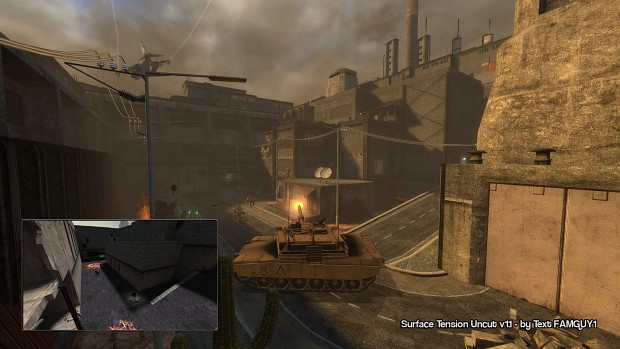 When you download this mod, you simply need to back up your Black Mesa files, then extract the zip to your BMS folder (after reading the readme!). The rest will work seamlessly. If you play through Black Mesa's campaign, or just launch up Surface Tension, it will be expanded seamlessly, to the way it was in Half-Life 1.

This version differs from previous versions in a variety of ways. Since the previous release on ModDB (I had a Release Candidate 3 and 4 but didn't bring them to ModDB), I have made a wide variety of improvements. Artistically the most significant change is the gasworks on C2A5H being overhauled to make it a bit less barren and a little more claustrophobic. It looks much better. I've addressed numerous graphical faults and clipping errors which were persistent on many of the maps. One particularly major change is that my mod now supports subtitles and closed captioning (English only), for those of you who need it. All important dialogue and events have their own captions now. I did a lot of work with lightmaps to improve the shadowing, and just generally fixed a lot of small things. The small things all add up. Check out the changelog for any other information you may want. 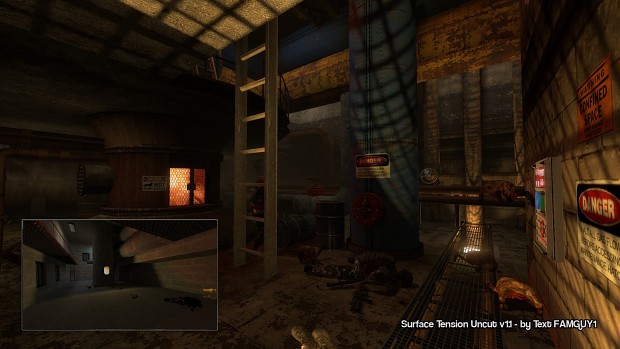 If you enjoyed playing my mod and thought it added to the game, please, spread the word! Let other people know! Post on forums, youtube, anywhere. I'd love for people to be playing this project which I worked so hard on to get off the ground, now that it's complete. Heck, if the community makes enough noise, we may be able to sway the BM Devs to include this little mod in their next update. It would require hardly any work on their part! If you think it makes the game better, let people know. I'd really appreciate it. Thanks for taking the time, everyone.

It's not quite over yet though. Why do I say that?

On a Rail - Uncut
I make a little announcement, here at the end of this post, but I will probably make a big one later on. Creating ST Uncut was an awful lot of fun, and though it certainly had its ups and downs, it didn't quench my creative desires, nor did it satisfy my want to have Black Mesa be the most complete and brilliant recreation of Half-Life 1 possible. I now set my sights on the chapter "On a Rail," which I will now target as another uncut project for Black Mesa. I'm hoping to take everything that made "On a Rail" good and strip away everything that was bad, and restore it to its Half-Life 1 length without any of the tedium that came with it. I am predicting a 3 month development cycle similar to that of Surface Tension Uncut, and I've already got a design plan laid out, and work has begun.

If you wish to discuss OaR Uncut with me, the best place to do so would be in its thread in the Black Mesa forums, which can be found here.

Thank you for your AMAZING work.

From now, I can not imagine surface tension without your work.

Great job man, hat off to ya

Thanks for all this great work!

I had also been very much disappointed when I played BMS and after the tank battle scene, all of a sudden the chapter continued with the Gargantua scene, with a lot of original HL1 content simply cut out. I can not accept the dev team's apologies about the mapper of Surface Tension leaving and they had to finish the level hastily. If you alone were able to finish adding the missing part within only 3 months, the whole BM dev team also could've been able to do that. I do not want to mock them becouse of this fault for otherwise they did an amazing and admirable work with BMS, and I had been waiting for its release very much for years. But your work was a necessary one for making BM:S fully consistent with the original HL1.

After this great addon, I am also curious about your next work with the On a Rail chapter, especially because I also missed that's cut-out parts (but that was not so apparent than in the case of ST, because the new level design was very good on the whole).

Perhaps you should also consider joining the Tripmine Studios dev team, who are working on Opposing Force and Blue Shift? Thinking of your skill in level design, they may certainly need your contribution (and perhaps you together would finish these mods earlier :)).

So thanks again for ST Uncut, and keep up the good work!

Great job! These maps are excellent. Keep up the good work man! :D

fn epic , making black mesa more complete than ever before ,one talented modder at a time , thank you!

Your incredible for taking this one...

You're one hell of a mapper I just watched your 1hour long video.. Incredible work and I do like your design choices compared to what it used to be or rather not used to be in the original. It does make nice sense good job. :)

Well done! Thank you for making a great game even greater!!!! :)