Return to Voya Nui, Toa! Your myth has only just begun. Featuring rebalanced and revitalised Heroes, bug fixes, texture improvements, and more! Also pioneers a modding wiki detailing how every complicated change in the mod was achieved so you can make your own mods for Bionicle Heroes! 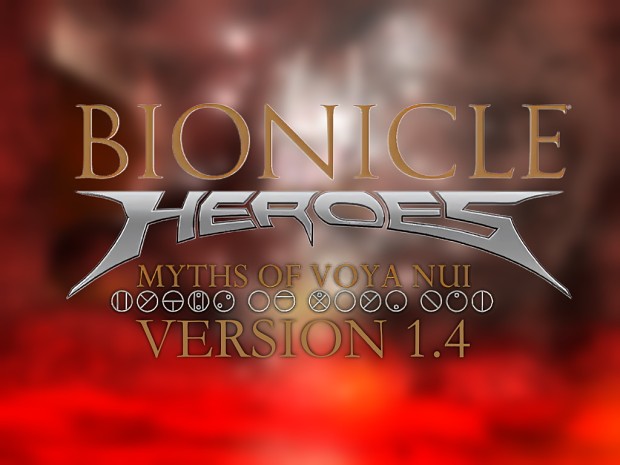 Hey again folks! After a few more ideas were brought to my attention, I sorted out more fixes and improved gameplay for one of the Toa heroes who received a little less love. Before we get into it, don't forget to join the official Bionicle Heroes modding Discord: Discord.gg

More changes with canon in mind (one big one in particular!) have taken place, plus a few other mixes of both canon colouration and consistency with prior releases.

-Made Ignika silver - Whilst at the time the canon for the Ignika was not super solidified, we find out later that the Ignika's colouration changes depending on the state of Mata Nui at the time. Given this new canon, I have adjusted the Ignika that comes out of Vezon at the end of his boss fight to be silver for storyline consistency

-Made Ignika unlock images consistent - The boss level is not the only place the Ignika appears, and so the other unlock images were adjusted to make sure all the bases are covered

-FIxed black space on the Nuparu Level 2 weapon - As with other weapons, black space here was replaced with a gradient (red in this case) that helps the visual consistency of the model a bit better

-Fixed black space on Nuparu Level 1 weapon - Nuparu's level 1 weapon also received a red gradient, but the half-sphere on the palm was also retextured because the previous texture was stretched and low quality by comparison to the rest of the model

-Fixed black space on Matoro Level 1 weapon - Matoro's level 1 weapon was the last weapon to fix, and had the space filled with a white and blue gradient that fits in quite well through using existing elements on the texture

-Made Hahli's level 3 weapon accents dark silver - Hahli's actual laser sword in real life is dark silver. Whilst the Toa weapons aren't generally coloured directly in accordance with the sets (they have elemental colouring, like the Piraka), I decided to make the lighter silver accents dark so that the elements that were more like the sets would be more accurate 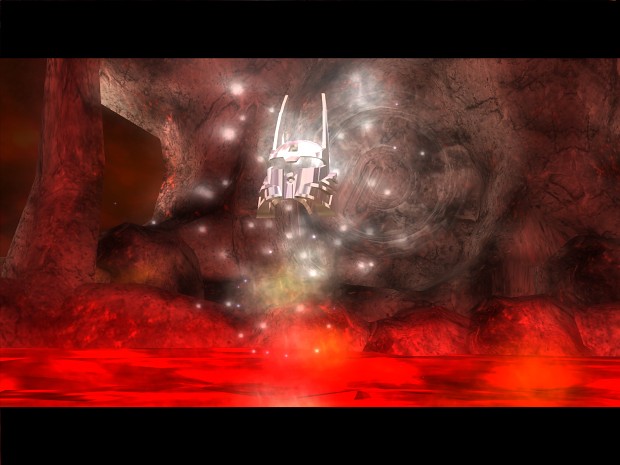 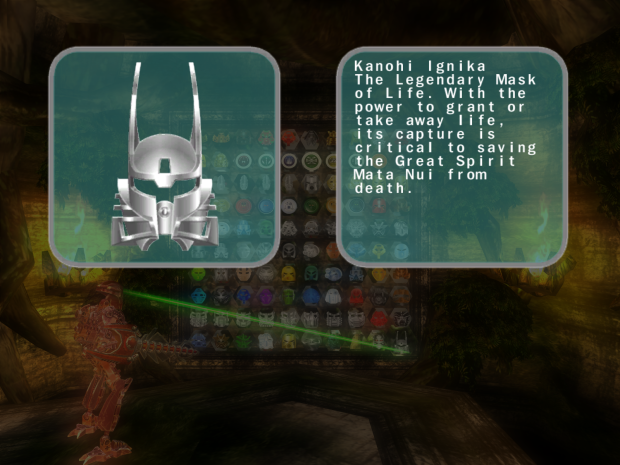 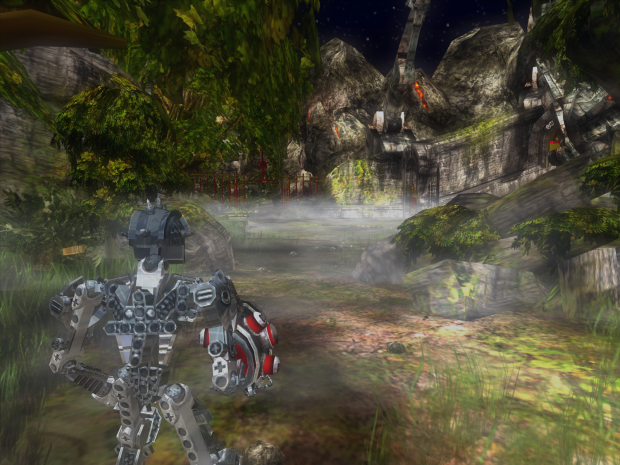 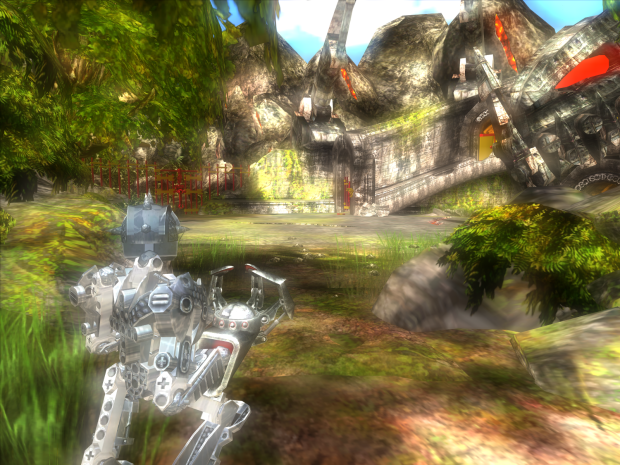 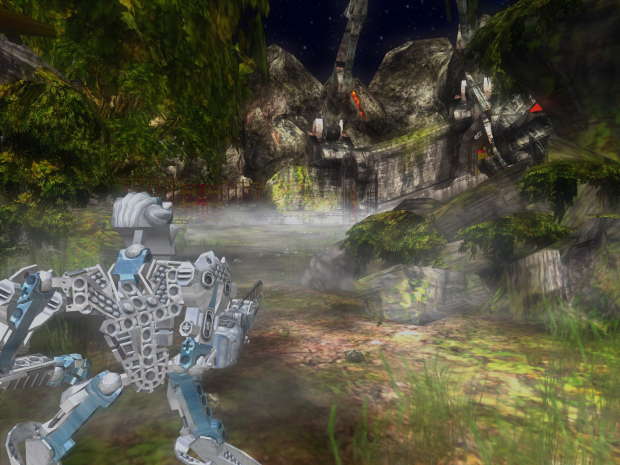 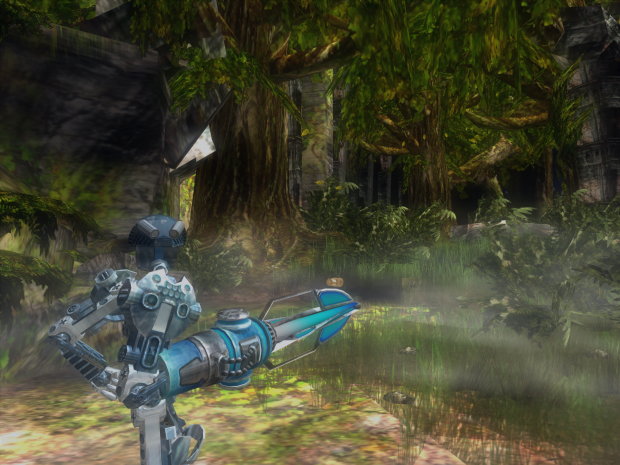 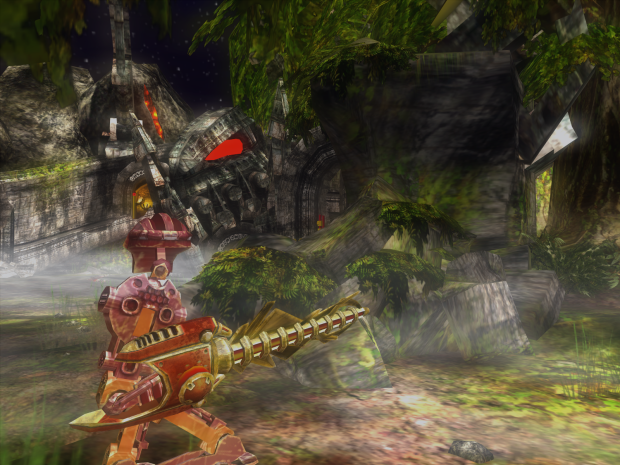 MOVN's gameplay is reasonably tight at this stage, but one big exception was brought to my attention, and some investigation revealed better fine-tuning was possible.

-Hewkii level 1, 2, and 3 buffed - When designing the initial sandbox for MOVN, the Toa were each designed to be as powerful as Kongu, who had a real tendency in the base game to outshine the others. Hewkii's only buff, unlike Nuparu, was the movement speed and FOV increase that all Toa received, mainly because the power of his projectile was theoretically good enough as it was. However, in actuality, Hewkii's rocket travelled so slowly with so much spread and could be fired so slowly that he loses a lot of actual combat use in MOVN, being used solely for constraction. Now, in 1.4, his rocket speeds have all been buffed by almost 100% and his firing speed increased by 0.5 seconds. The end result is Hewkii is about to hold his own a lot better and has more versatility across the game.

The last change is an icon update.

-Changed mod icon - Whilst a prior release saw the icon changed to the Ignika, this version saw the icon adjusted to silver to be consistent with the other changes in this update

Thanks everyone for reading this update! Whilst I've hit a bit of a plateau with MOVN as it currently stands, further development in the field of Heroes modding will open up the door for more updates in the future. As well, I have plans for another Heroes mod that will take things in a different direction, so keep your eyes peeled for that! Don't forget to join the official Bionicle Heroes modding Discord to see updates from around the community, or learn how to work the magic yourself! Discord.gg

Get in touch on Discord at Kralich/David#0901 if you'd like to learn more. In the mean time, remember - Unity, Duty, Destiny!

Bionicle Heroes: Myths of Voya Nui 1.1, the probably Final Release of the mod!

What should I do if immediately as I start it crashes? Windows 7

Try using win2k.exe instead and if that doesn't work, give a try at running it in compatibility mode.

Does this fix the bug where using Matoro's zoom in makes the screen go black? I tried playing my disc on windows 10 and I couldn't fix that glitch.

Hey there, I never ran into this issue so I don't believe the mod has the problem.

What's the installation process? I have a CD-ROM copy on my computer.

MOVN is completely standalone due to it being abandonware - simply download the 1.2 zip file, extract, and run the .exe!

So I found this mod and wanted to play through it because it was a big part of my childhood, and this mod is working great except for one thing which is that my game keeps crashing after I beat Vesok. I have done it three times and it has happened each time. is this known, and how would I fix it?

Yeah men! I also had the same problem, I don't know if you were able to solve it but here is the "solution" I gave you. First I want to clarify a few things. I had a saved game of Bionicle Heroes, which I tried to load with the mod (bad idea, the thing resulted in constant crashes, I could not enter any level) so I decided to start a new game, well, I completed the levels, no problem, but when I defeated Vezok the game crashes, and not only with Vezok, the same thing happened to me in the levels of Avak and Thok. So, I downloaded the Save Files that was uploaded by Kralich/David, installed them and tested to see if it worked and indeed, it worked. I just finished the battle against Vezok and the game didn't crash. So, you could say that the problem originated from loading a game that was saved in Bionicle Heroes vanilla (that is a version of Bionicle Heroes without the mod, so to speak). So, my recommendation would be that, download the Save Files from Kralich/David, install them and load/save there. PS: Sorry if my English is a bit bad, I don't speak English so I'm using a translator to convey this, good luck!

Hi, can you be more specific? Does it crash when you get back to the Matoran Enclave? Or at Piraka Beach? Or etc?

I'm not sure if you'll see this, since it's been a few months, but I have the same issue. There will be maybe two frames of the results screen after beating Vesok, and then the entire program will simply shut down. I've never modded, but I'm willing to try, if you know a general idea for a fix.

Sorry for the late response! A new patch featuring a fix for this plus a bunch of other content will be available soon! Stay tuned to the ModDB page!

I also have the same issue. Every time I beat the boss Vesok, the results screen shows for a second then the program shuts down and I have no idea why.