Our team’s goal of realism is an ambitious one, with the need of incorporating accurate striking powers and ranges of weapons. Naturally, a few things will need to be amended for the sake of quality gameplay. We believe that it is possible to incorporate both incredible realism and exciting gameplay, and BattleGroup-Frontlines will achieve that balance.

In BattleGroup-Frontlines, you are given the option of playing as one of several great nations: Russia, the German Reich and Hungary (in later releases). Smaller countries will also be involved, but not as the primary players.

Welcome back to another update for Battlegroup Frontlines, we hope that everyone had a good holiday season this year! Naturally over the course of the holidays the release of content updates has been slowed, but we hope that in the next few weeks the speed at which we were showing off some of our works in progress will continue.

Before we get started today, we would like to welcome Bruno to our dev team. Bruno emailed the mod informing us that he had over one hundred effects he wanted to share with us. Soon after he posted an application and became a full time dev. We are very pleased to be showing off some of the work he has done for us, and hope that he can continue to aid us in this area in the future!

"My name is Bruno Gorostiaga and I would like to show you the particle effects I do for Battlefield 2 since it came out. I focus on performance and photorealism, I do my own textures and most of them are animated." - Bruno

To show off these effects, we have a series of pictures and a video recorded in-game showing some of the effects in motion. Enjoy! 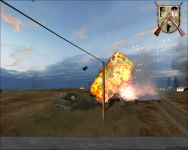 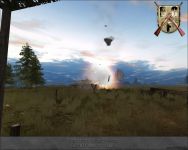 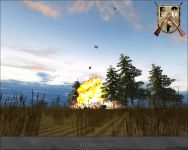 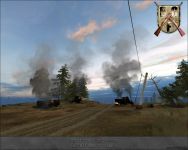 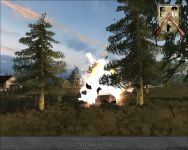 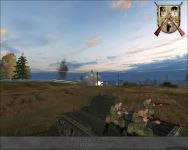 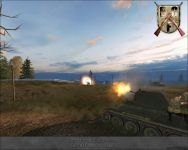 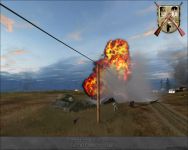 Last but not least we have our new Flak 38, modeled by Koricus, and skinned by Wasper.

By 1940 it was already apparent that the low rate of fire of the 2 cm Flak 30 was too low for the faster aircraft ariving in combat. So it was decided to increase its rate of fire in order to increase the number of projectiles in the air, and hitting the target. Along with a slow firing rate, the German Flak 30 had a history of jamming during use, Mauser received the contract to produce an update for the Flak 30.

Mauser successfully increased the firing speed of the Flak 30 from 420 rounds per minute, to 480 rounds per minute, this anti-aircraft gun became known as the Flak 38. It entered service in late 1940, and eventually replaced the Flak 30 on the production lines. The Flak 38 served along side its older brother, and even found its way onto numerous vehicles. The Gebirgsjaeger, German mountain soldiers, even had a version that could be broken down into packs and hauled up mountains. 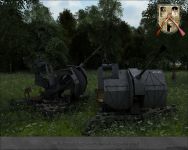 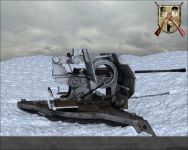 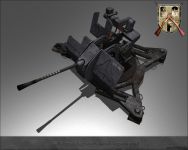 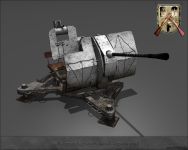 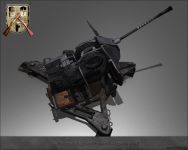 Thats all we have for you today, but stay tuned to our forums, our YouTube Channel and our Main Website for future updates!

Welcome back to another update for Battlegroup Frontlines. Since last time we have been working hard to not only enhance our existing content, but to...

Hello and welcome back to our 72nd mod update on Halloween! On this edition it’s not about demons and witches, but about some deadly German behemoths...

Hello everyone and welcome to the 71st Battlegroup-Frontlines mod news. Firstly we would like to update you on our new website. We also would like to...

For those who have been waiting for the full Installer to become available to download, it should be available now or very shortly from a number of the...

Mod is good I love the setting and haven't experienced any crashes. My gripe is the enemy seems to hunt you down despite other AI shooting at it. For instance we were ganging up on a tank and every time the AI always decides or chooses to kill me first even though there's closer targets it should be firing.
And like other BF2 mods like Project Reality the enemy can see through the bushes which removes all sense of evasion and cover.

Engine limitations my dude. Bots can also see through smoke grenades. There was somebody who made a proper AI to correct that but I forgot where I seen it.

IF MOD IS CRASHING after loading map or in the battle - Change all video settings to Mid-High.
Solved.
I love this Mod :3

Could you specify what video settings change to medium? I've got them on high and still crashes sometimes

Ive been trying to play this mod, but it crashes when ever I start a match. Help?

Despite its age and half finished development this mod is still awesome as it is. Forgotten hope 2 don't come close at the intense Ostfront CQC this mod offers.

Thanks a lot for still being interested in this Mod, guys! Unfortunately we stopped developing BGF years ago and the devs are no longer in contact to each other. I would love to continue working on this mod with this awesome and talented team, but this will never happen. :(

Do not wake up sleeping dogs, wasper :c Now, to many people have to much time.

that mean some member died?

No absolutely not. I just have no idea what all the ex devs are doing nowadays. We are not in contact with each other and I guess that most of them are no longer in the mod business.

I just love the feeling of the weapons and vehicles.

Check it out, I loved it.