AR2: Glorious Return of the Nemesis

AR2 is one of the oldest mods in the C&C community, with the last official release taking place in 2004. AR2's storyline takes place on a planet known as Atrigo wherein two factions, the Nemesis and the Genesis, battle each other for their own survival. The original mod team's design emphasis was to make the two sides as distinctive and diverse from each other as possible. AR2 was originally designed by modders from now defunct Derelict Studios -- I am not the original creator of this mod. This project does not currently have sanction from any original AR2 team members. If you are a member of the original AR2 team, please feel free to reach out.

It's been several months, but lots of hard work has finally paid off. Version 5.5 has been released! 5.5 is its own package separate from 5.0, so make sure to install it over a fresh copy of Yuri's Revenge.

The skirmish and multiplayer map roster has been overhauled and expanded with over 16 new multiplayer maps, capping out at a total of 22 maps. These offer a wide array of new experiences, a larger range of player counts and start position variety, and better support for naval play: 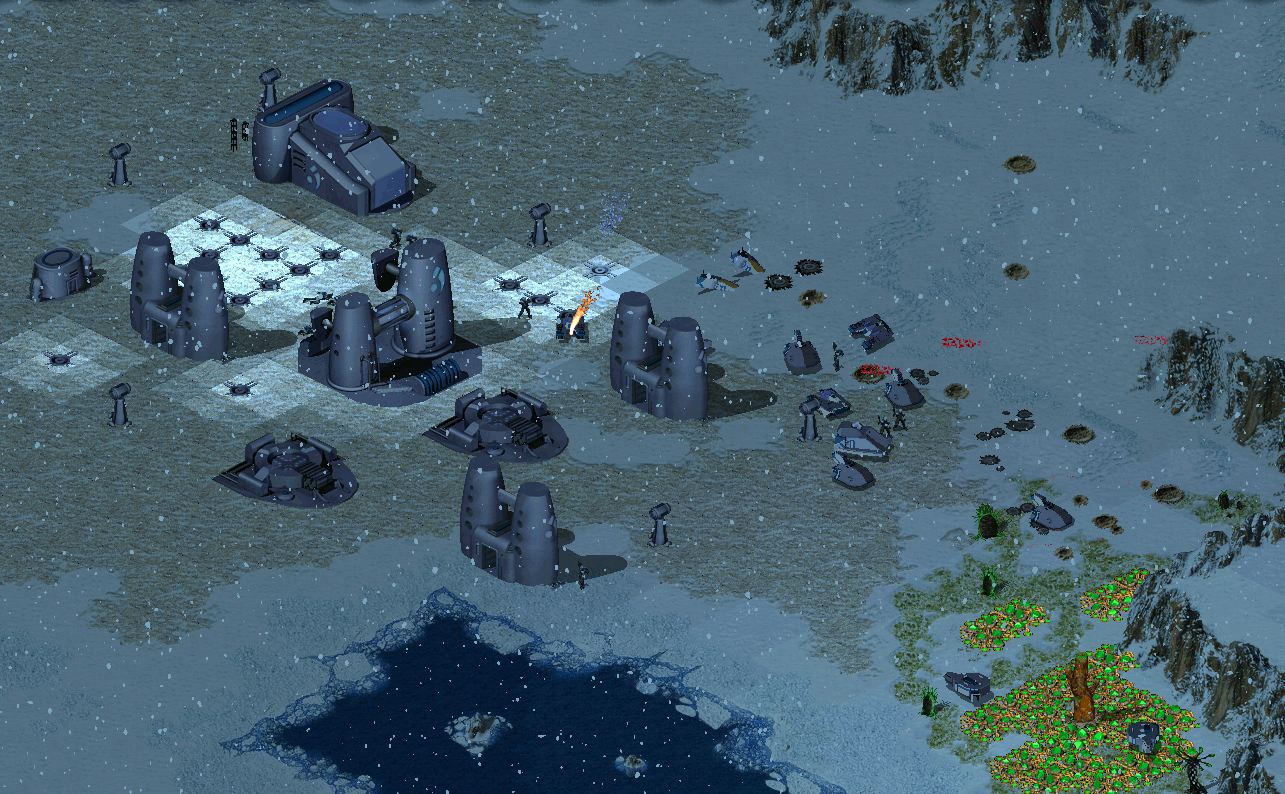 Additionally, two new skirmish and multiplayer features can add chaos to your matches and make them less predictable. Virulent snowstorms and non-player hostiles such as Visceroids, Militia and Scrin populate certain maps, and can be toggled at will in the lobby.

The soundtrack has also been completely redone and replaced in the style of older versions of AR2. Genesis and Nemesis now have distinct musical themes, as do the invading Scrin, should you encounter them.

Perhaps the most important change is the complete gameplay rebalancing pass done to all units, structures, and superweapons. Combine this with a variety of bugfixes and audio/visual enhancements and you should find this to be the most refined version of AR2 yet. 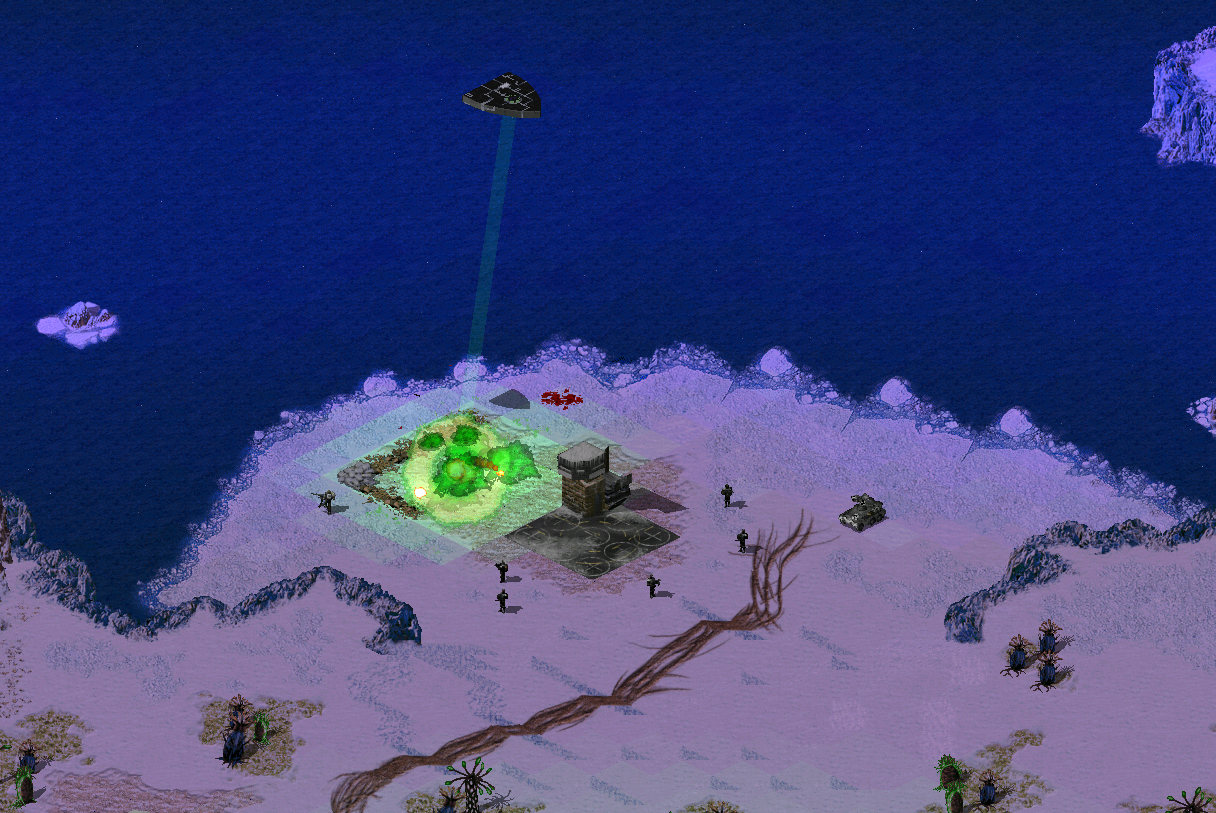 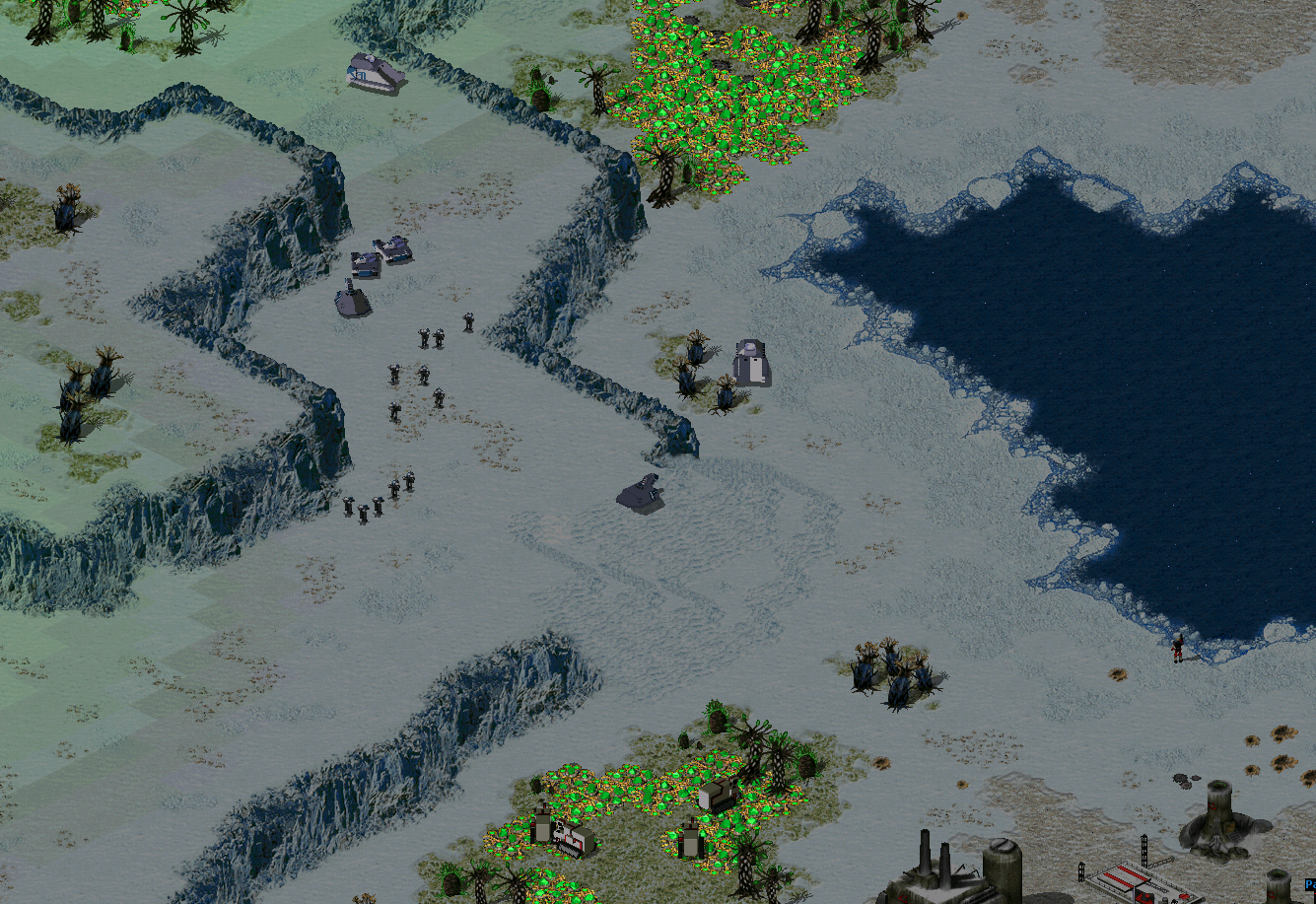 Various people have helped AR2 either personally or by creating assets or tools that were used in the creation of this new version. They are thanked personally in the included manual, but I'd like to extend thanks here as well. This would not be possible without all of your help! 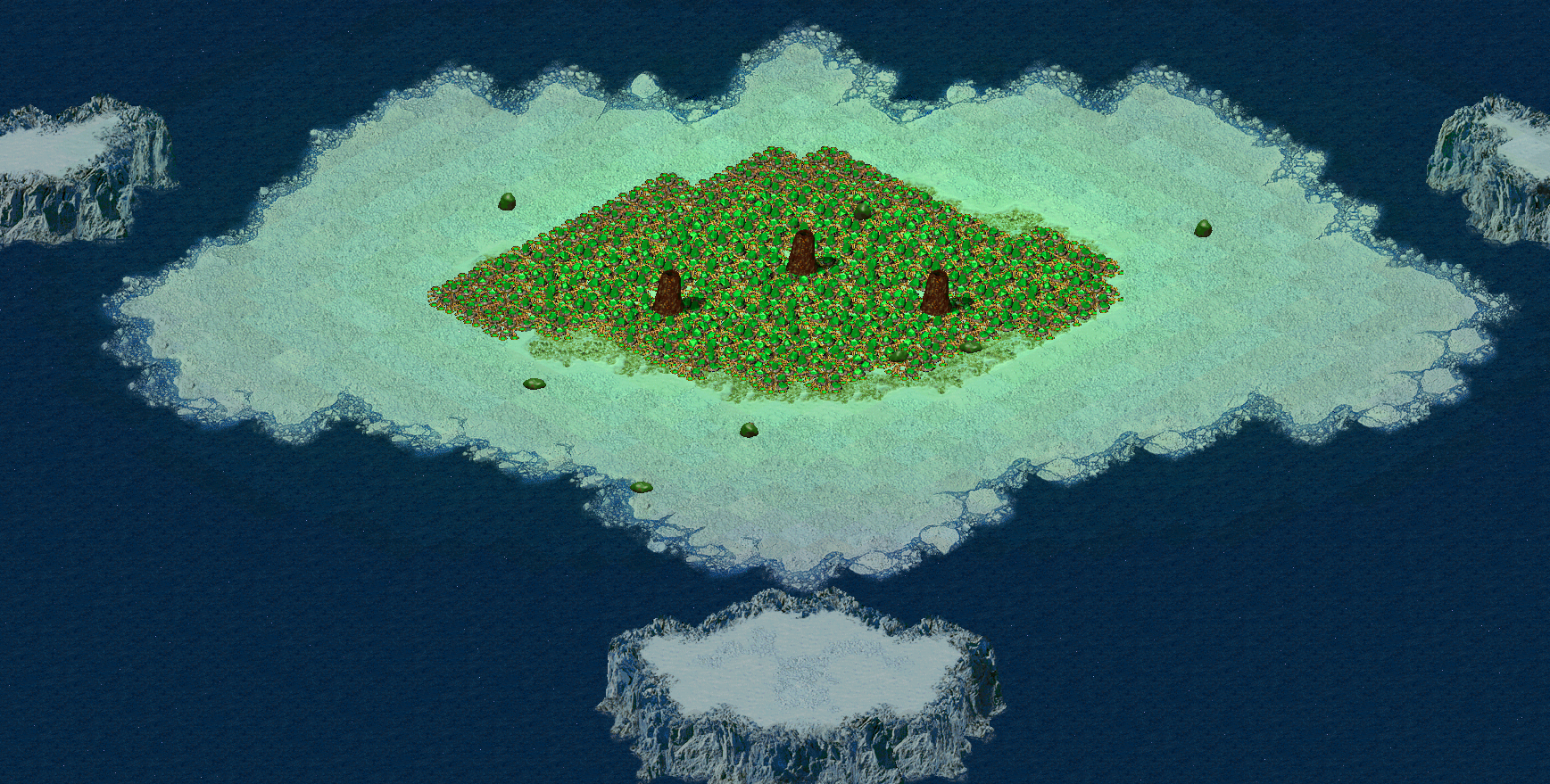 The next update, 6.0, will be focused on adding some additional units and structures to both sides, as well as expanding the map list and focusing on urban terrain. I have no idea how long it will take to produce, but it will go faster the more people I have to help -- consider joining the AR2 Discord if you are interested in lending a hand, or if you're just looking to find someone to match with.

Until then, I hope you enjoy the new content. Good luck out there -- a storm is approaching. 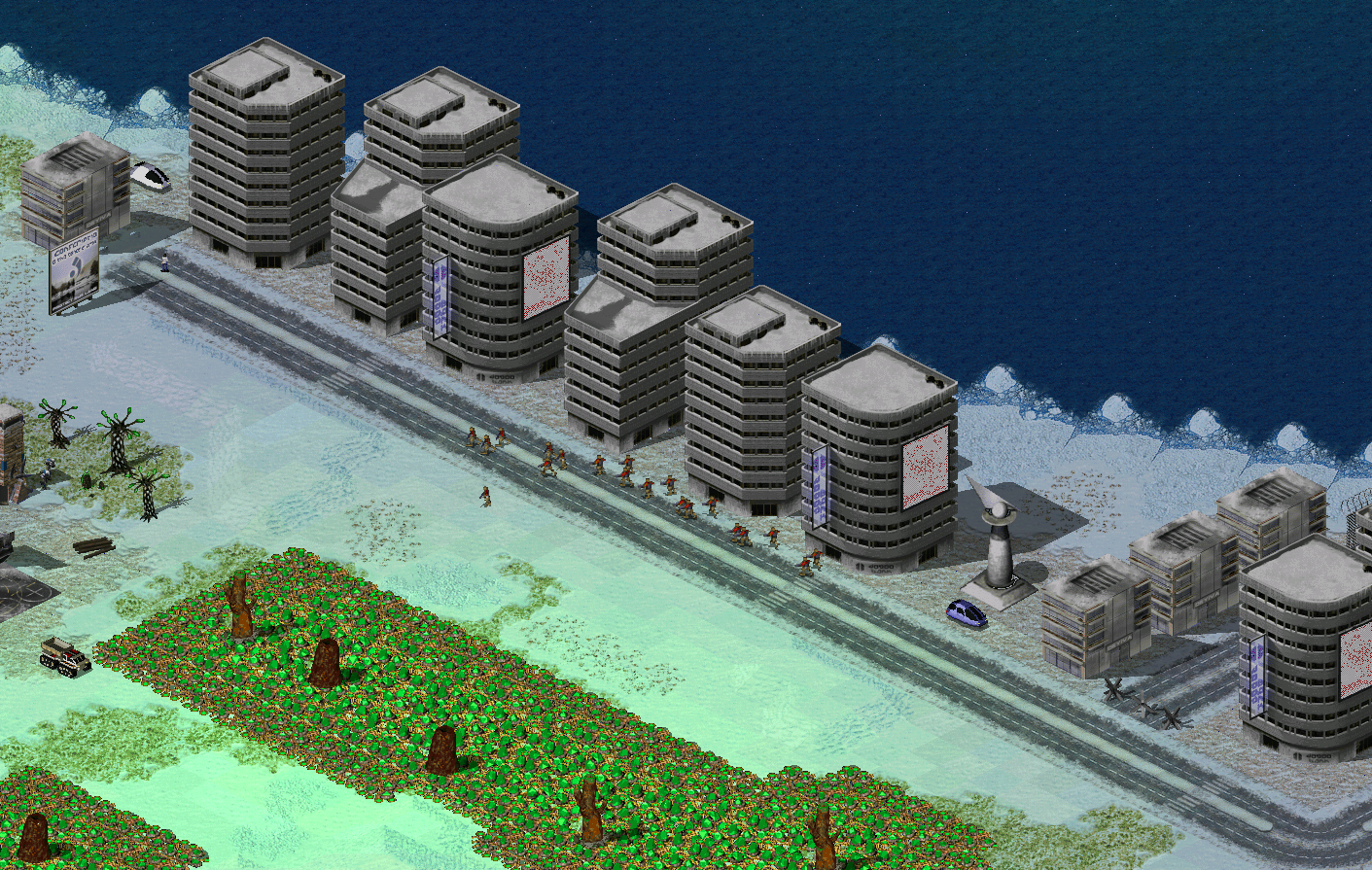 The first update on development past the 5.0 port.

Info on AR2 port release date and a multiplayer stream scheduled next week.

Good luck out there Commander! 5.5 is a separate install -- put it in a clean Yuri's Revenge directory. Do not install it over 5.0.

This port of AR2 5.0 to CNCNet and Ares will allow you to play offline or online without fear of internal errors. Release date 8/24/21.

Found two bugs:
1. When Genesis AI uses paradrop the soldiers do not attack after landing they just stand still. **EDIT** this bug seems random. Sometimes they do attack.
2. Loading a save game cranks the gamespeed up to 6

I got some basic criticism of some of the maps. It's just the cliffs really. Look at the 4th picture in the latest update. Notice how some of those cliffs are at 90 degree angles? It doesn't look natural.

It's a really small nit pick but I just had to point it out. It's mapping pet peeve of mine - try to make the terrain look as natural as possible.

I played the **** out of this back in the day. Thanks for bringing it back

I think I remember this... it had the buildings that phased in, right? and the infantry units using a few quotes only? I remember playing this a lot and having fun with it. Glad it's back!

The Mod is awesome but it has serious bug of aircraft queuing. After sometime making of them stuck at 48% and won't make. Here is the link of Eagle Red 1.6 Manual so you can know them all - https://cutt.ly/wIjG9Lw

Follow the plot of mod itself, is Scrin become playable faction?

Scrin will not be playable but will definitely be making an appearance.

Does campaign mission come for the mod, or should it just be pure skirmish and multiplayer mod.

Anyone who could join the campaign mission is damn cool.

but whoever should stick with skirmish and multiplayer, I have no interest in it.

A campaign for each side is planned but is the last thing on the roadmap. Right now the focus is on improving skirmish and multiplayer.