A New Era For Calradia

A New Era For Calradia

«Be of one mind and one faith, that you may conquer your enemies and lead long and happy lives» Gengis Khan.-

The great Calradic Empire has ruled with peace during years under the hand of the Emperor Larec, unifying the territories of Calradia and taking them to a new era of prosperity. Her sons Romulus and Gaius grew up under his tutelage, becoming honorable and brave generals of his army, and a clear example of the great future of the Empire. Even so, the successes as ruler of the Emperor could not redeem his faults as a man: he had fathered a bastard son with a lady of the court of Jelkala, Tiberius, which when he grown was notified of his real origin. Tiberius showed great qualities as a prince and warrior, but still was badly accepted in the court of Praven, causing him to begin to hold a grudge against his father and envy towards his two half brothers. When the Emperor died years later, his son Romulus inherited his reign, even though Tiberius was the eldest. This angered the bastard prince who proclaimed that he was the rightful heir. Taking advantage of the discontent of some generals due to the more peaceful than warlike nature that Romulus showed, he won the loyalty of these and in an attack to the throne he succeeded in overthrowing him. Romulus had to flee from the Empire so that he would not be killed. His younger brother Gaius managed to unify the remaining forces that had not defected and organized a defense, but it was too late: Tiberius in a lightning attack advanced to the fortress city of Denerim, and reclaiming it for himself, established the Eastern Calradic Empire, swearing to assassinate Gaius and seize the entire continent. Gaius managed to hold Praven, but he did not have enough strength to face and banish his enemy. Honoring the imperial culture and the memory of his dead father and his exiled brother he formed the Western Calradic Empire.

The Imperial General Leon Grunwalder, descendant of the great warrior Grunwalder, managed to stay out of the civil war that fragmented the empire, and taking advantage of the situation, he drew up an ambitious plan to bring the glory of his ancient lineage and thus fulfill his own designs. Leon aligned his forces with his squire, lover and second in command, Elisa Etrosq, descendant of the noble House Etrosq, and marched to the former home of the Rhodok Council, the great city of Veluca. Due to the confusion that the war provided, Leon settled in the city with little resistance due to the great fierceness of Elisa's spear and his phalanx of pikemen, who controlled the situation in a short time. There Leon, naming himself Grand Duke, established the Grand Duchy Grunwalder and designated the city as commercial center. Elisa envisioned the opportunity for her to be able to hold power due to her closeness to him, but he quickly left her aside by other courtesans. She was enraged at being rejected, and while the duke was sleeping she attacked him with a poisoned dagger. He managed to narrowly escape and ordered his troops to kill Elisa, but the pikemen who composed the largest thickness of his army were loyal to her, so the duke escaped with his remaining forces to the old Castle Grunwalder, where he finally established his court and residence. Elisa "Fang of Snake" as they named her, went as fast as she could to her search, but lost her trail due to the intense rains and snowfall of the mountains. Without hesitation, she ordered his troops to return and march towards the ancient cities of the Kingdom of Rhodoks, Jelkala and Yalen, where she established his rule and proclaimed himself Grand Duchess and leader of the Grand Duchy Etrosq.

The descendants of the ancient Vaegir Kingdom, formerly knowns as "The Eagle Eyes Warriors of the White Kingdom", long ago longed to restore the glory of their invaded and conquered nation. The General Arteo Bohumír, descendant of the noble Alayen, saw in Tiberius the opportunity to achieve that goal. Using his political influence within the empire he covenanted many generals to follow the bastard prince's cause, and secretly won the trust of the lords of the ancient cities of the kingdom, Reyvadin, Curaw and Khudan. Promising to return to the ancient glory years, Arteo was granted full control of his armies, and on the definitive date of the attack on the throne he left with all of his troops to Reyvadin, where he was received with the doors open. After waiting for the armies of the princes to weaken, he began his military campaign by recovering by diplomacy or by force the old vaegir territories and cities, crushing any imperial resistance that remained in them. His crusade ended a year later with the siege of the port city of Sargoth, where he commanded more than five thousand troops that annihilated the defending forces in a great display of military cunning. That same night Arteo was proclaimed "The White King", and his flag was raised over the city.

It was not long after the great Jarl Einarr Bootsthatkick, regent of Vanir Clan, heard the news of the civil war and fragmentation of the Empire that previously prevented them from navigating their trade routes, fishing and running aground on their coasts. Determined by their desire for conquest, he set sail on their drakkars with her army to the continent, on the other side of the North Sea. Upon arrival he encountered very little resistance to his ferocious berserker warriors and his naval tactics, so in less than two months he conquered the weakened coastal cities of Tihr and Wercheg. Even in spite of the ferocity of his troops, his encounter with a well-trained army of the White Principality cost him dearly. Einarr decided to send an emissary to his land, to the city of Brávellir, where he notified the Union of Jotuns Clans his success in conquering territory, and that he would need help from the other Jarls and the great army Jotun, to be able to advance inland.

The Bey Orhan revived the Sarranid Sultanate, inspiring its people to believe in a new, unique and powerful god, which has never been heard, Asafama, who they claim has given them great victories in the past and are willing to do any thing. He proclaimed himself leader and owner of the Great Red Desert by claiming to be an intermediary between Asafama and his people, thus forming the Orhanid Beylik. After his death, his son Aleu'tm became the new leader. He managed to reunify all the remaining peoples of the desert, who recognized him as Sultan.

Sahestur Khan, grandson of Baheshtur, took advantage of the loyalty of his people to occupy the Khergit cities and form the Karakhergit Khanate. He follow the old nomadic customs of sacrificing their captured enemies, burning them alive to honor the great blue sky that he says is tenacious, accurate and ruthless. He does not trust the foreigners, in fact in the villages he hangs the corpses of the prisoners and foreigners, as a sign that he does not want them in their lands. But Senjor Khan, who was the right hand of Sahestur, betrayed him, due to his cruel and ruthless acts. He is more open to foreigners and receives them very well, with great respect. He founded a new Khanate based on the ideals of Sanjar Khan, something he calls "A Khanate for the people and the world," taking the city of Halmar as its capital. But to such a point comes the kindness of Senjor, who did not fight against the Empire to own the city, but signed an agreement with them and let them join their khanate. After this act he declared Sahestur his public enemy, because he blames him for the misery of the tribes, so he started a rebellion in the city of Narra, occupying it in two months and annexing it to his domain of the Nachaghan Khanate, named like that in honor to his tribe.

Information about Calradia to invade their lands, for Tsar Rikar II of Dukharis Tsardom. April 12, 1352.

The mod is under development again

After a year without working on this project, I'm back with the mod. I can't say a release date, the mod need more work, but, is less than before.

First of all, excuse me for all this time. If i don't had stopped the mod all this time, it was be released time ago.

I will post new images often. And, probably, don't look like the others images: For now, the mod is in graphical terms, identically to the Native Warband. I need that to test the mod more quickly. 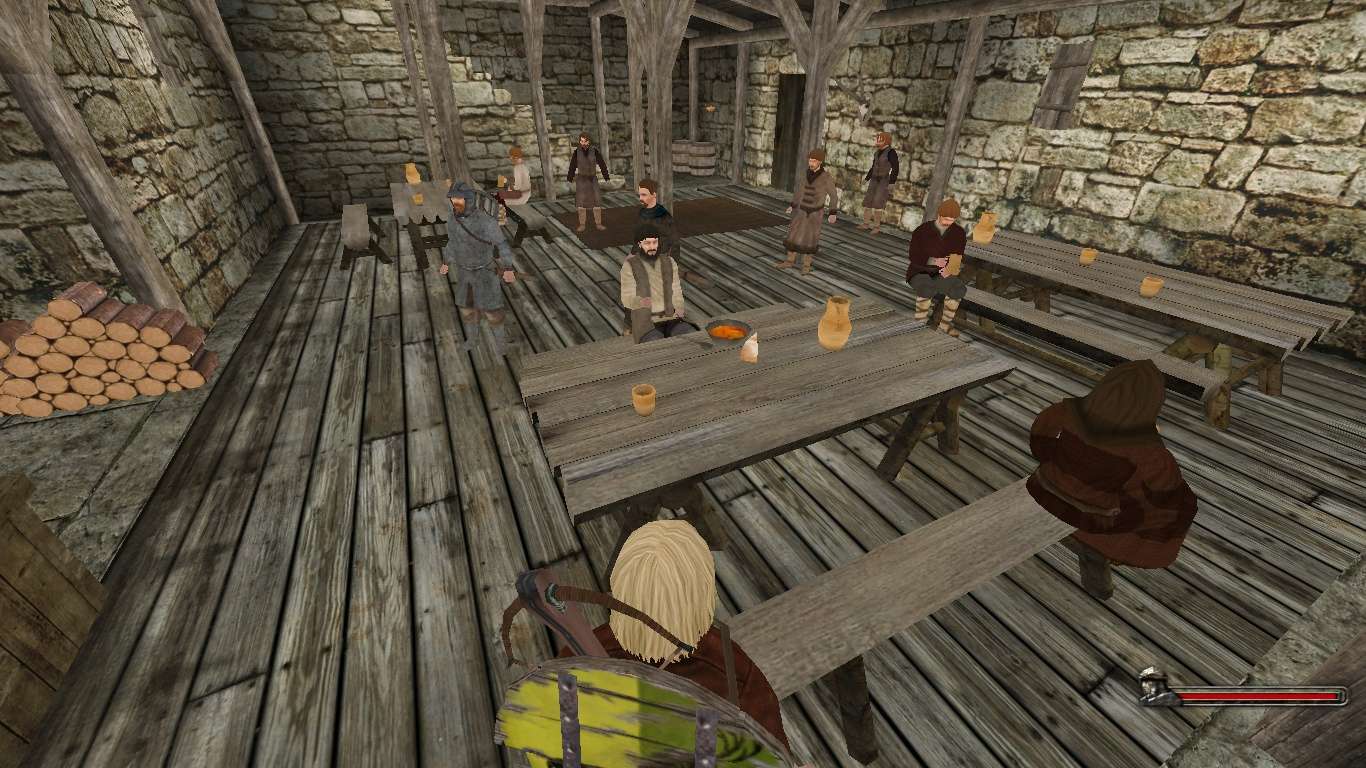 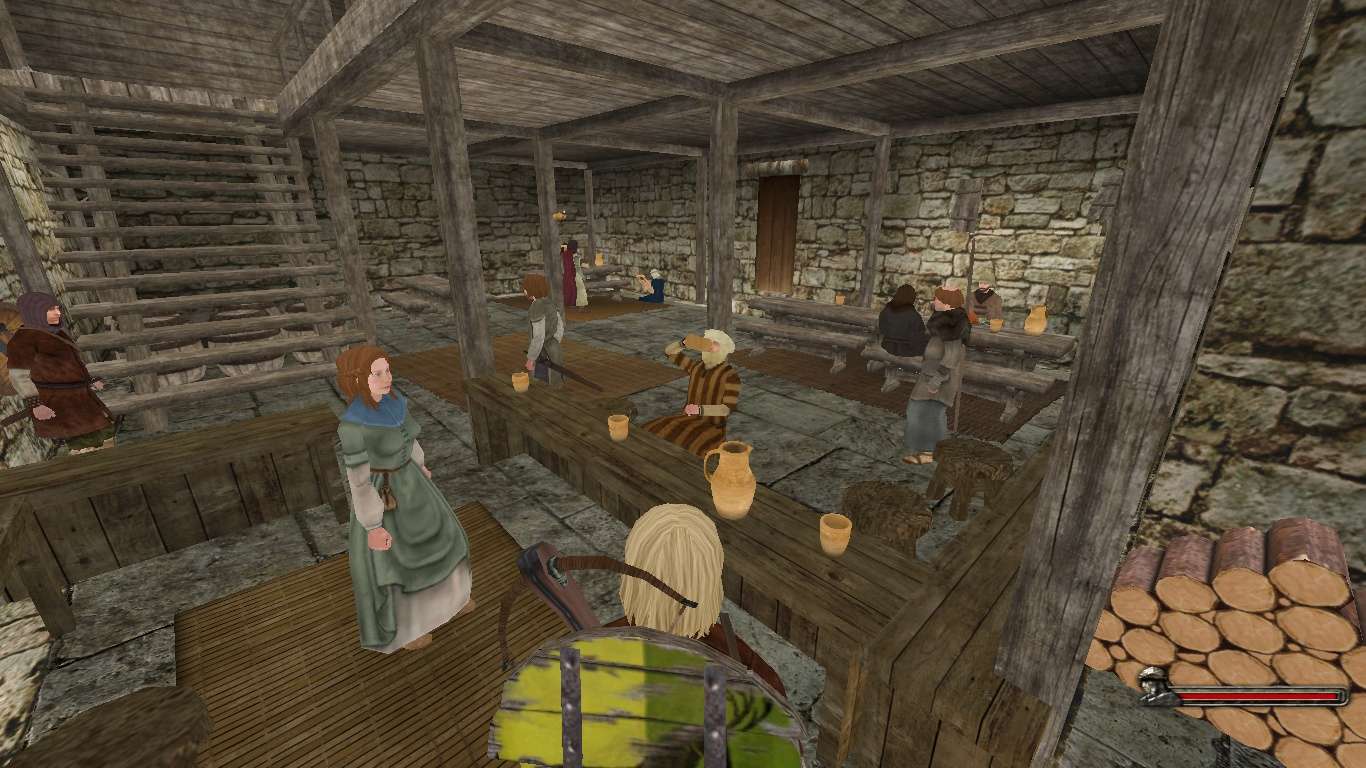 Bridge Battles (All the bridges have an unique scene): 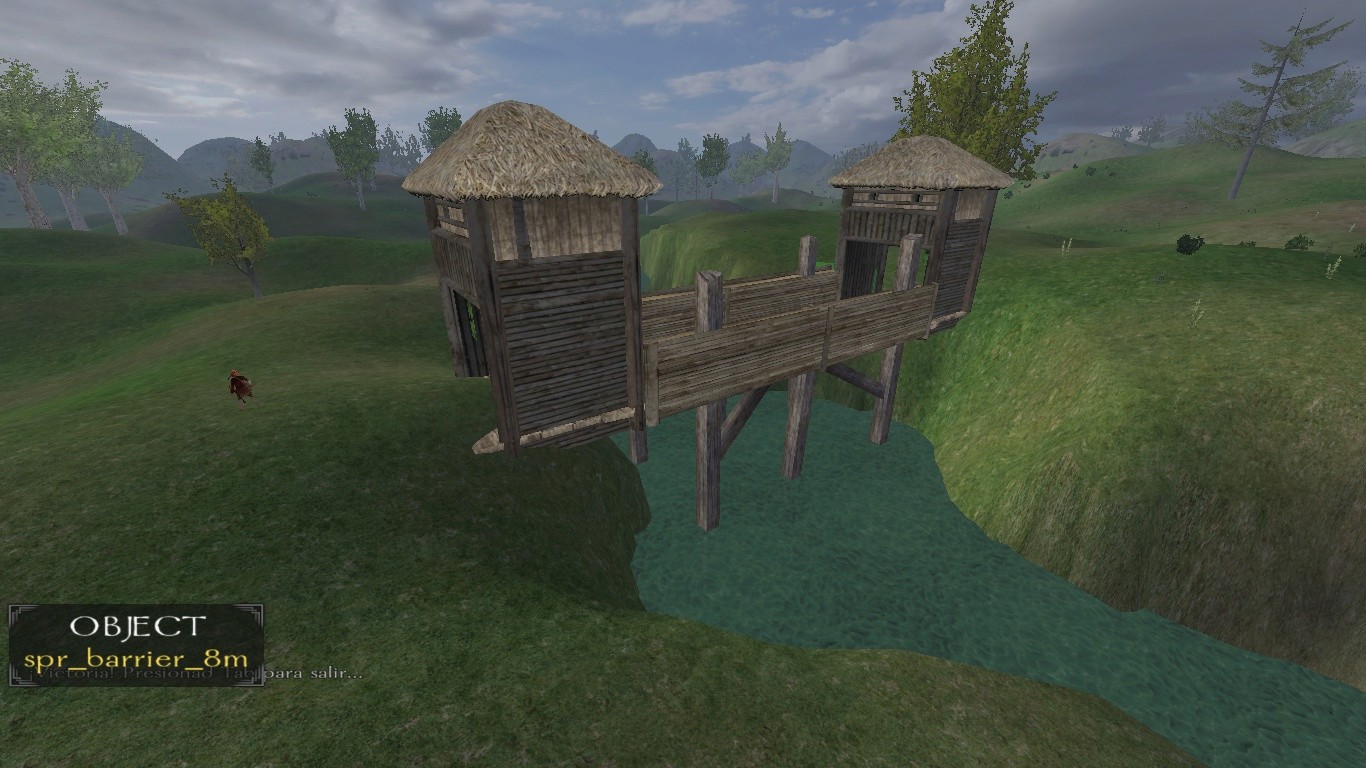 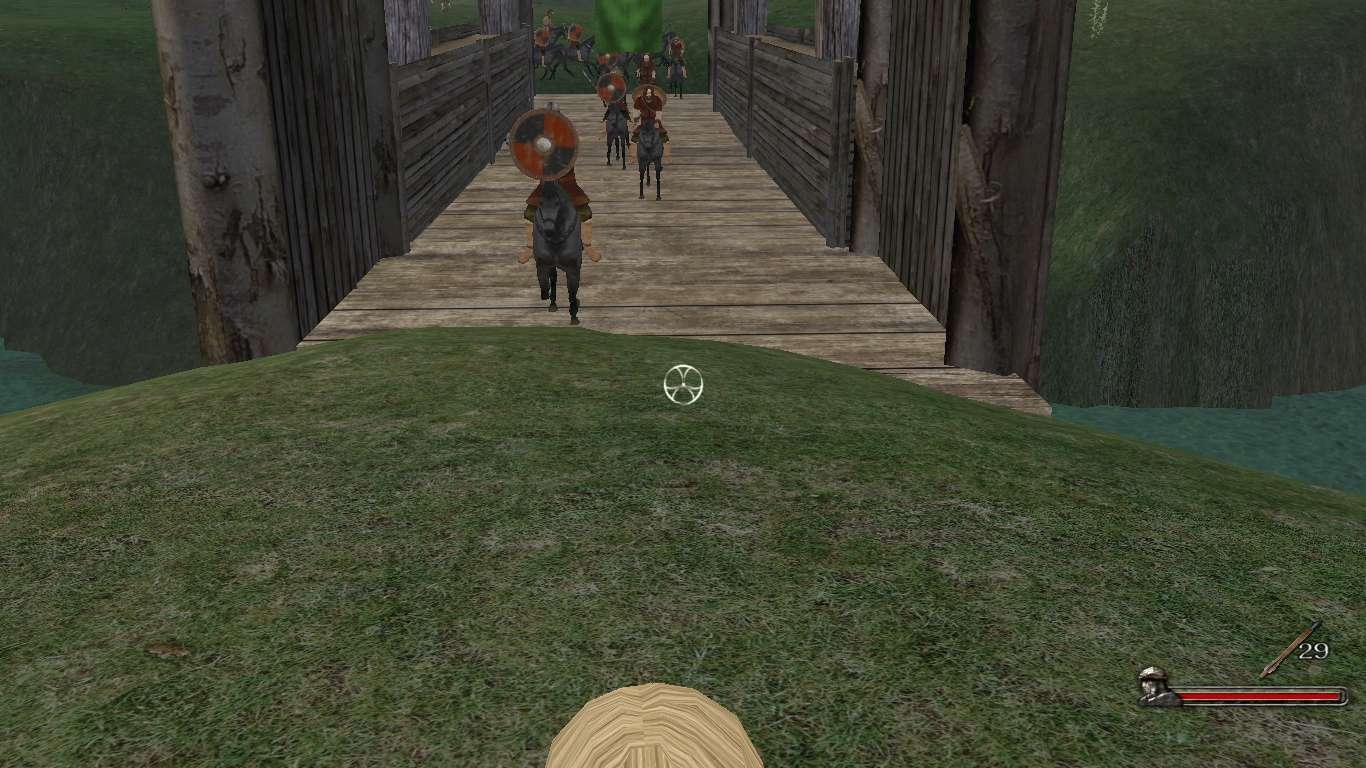 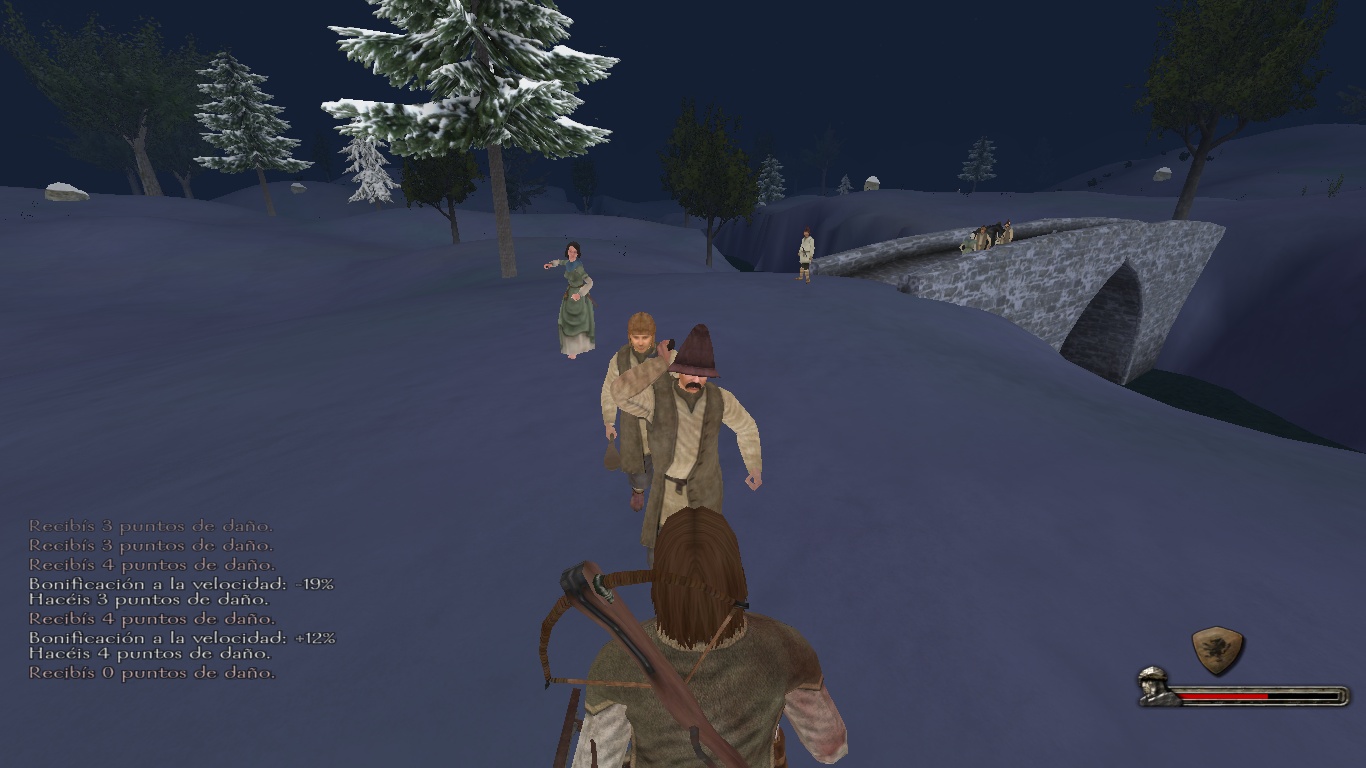 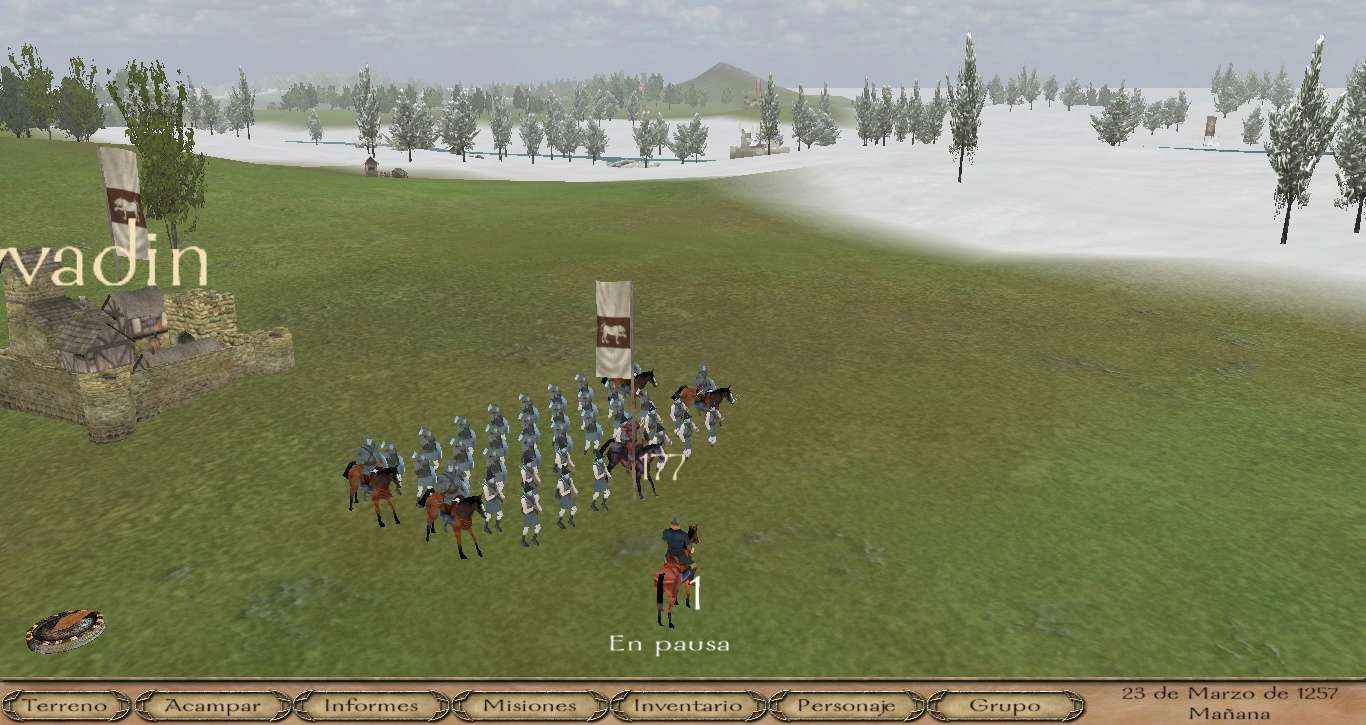 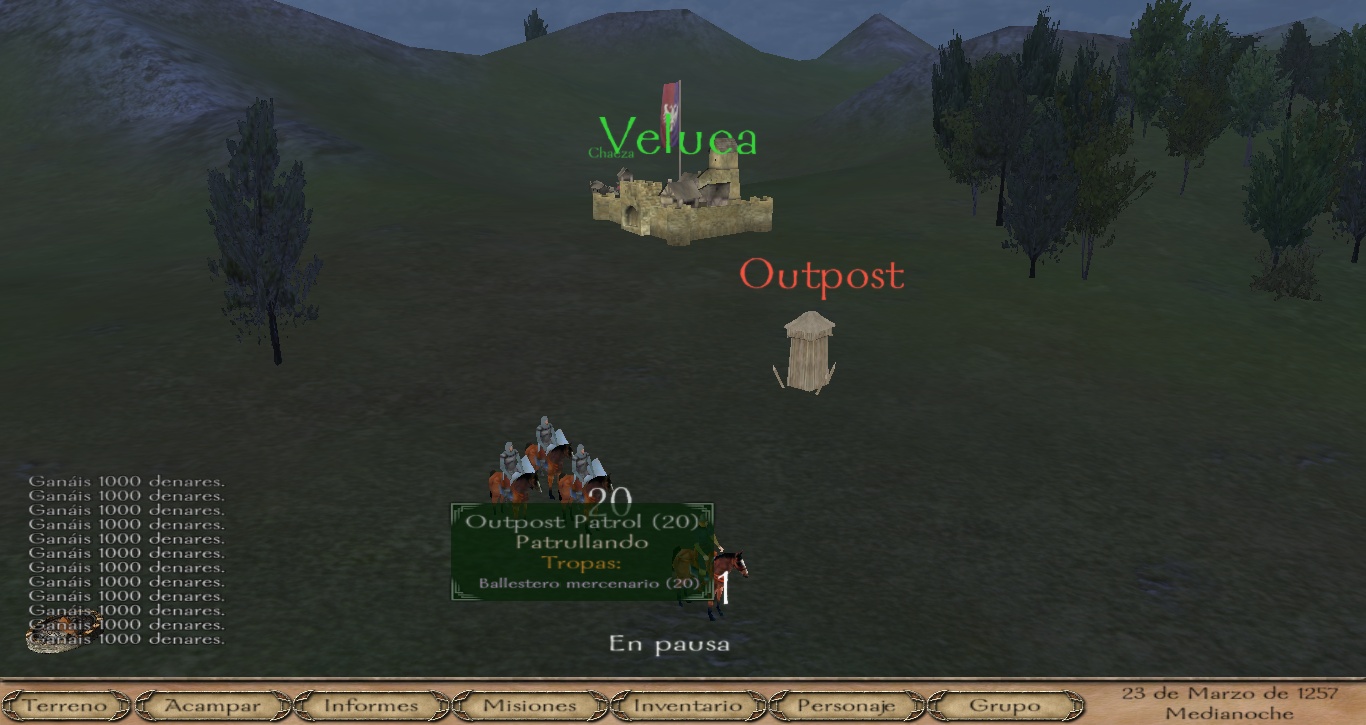 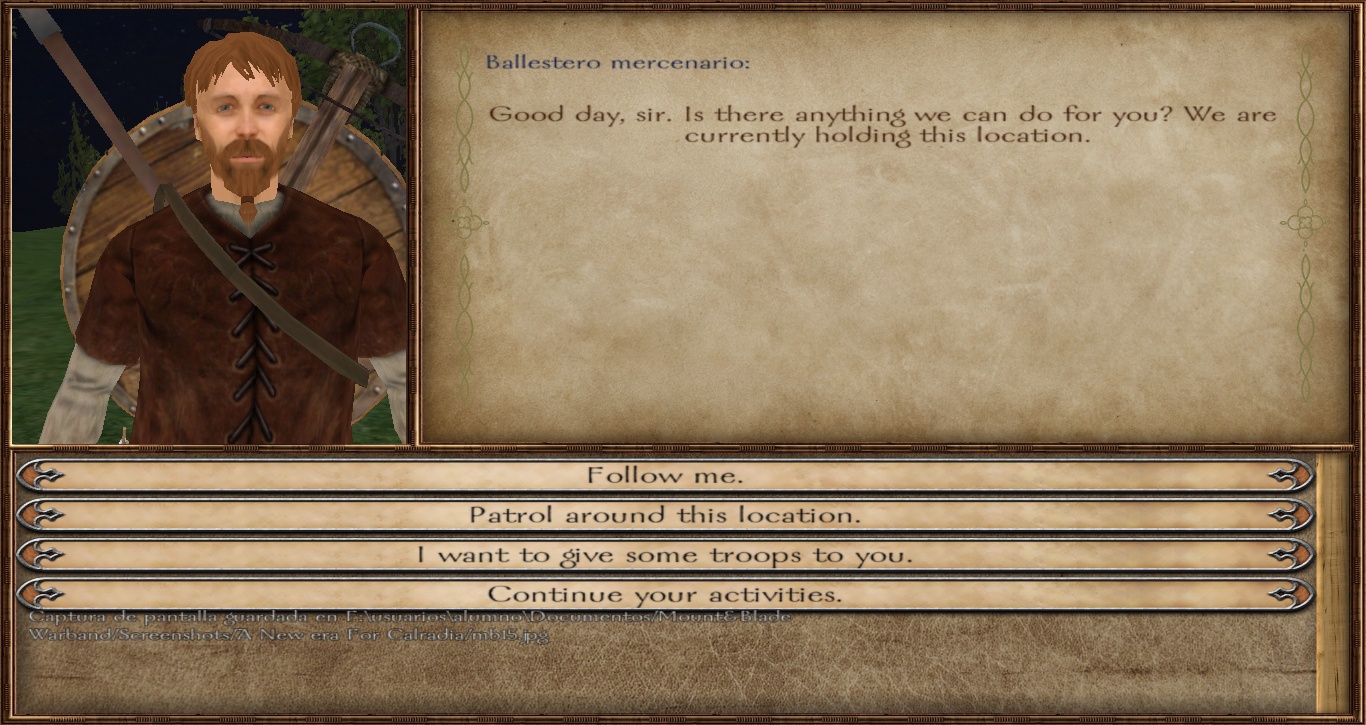 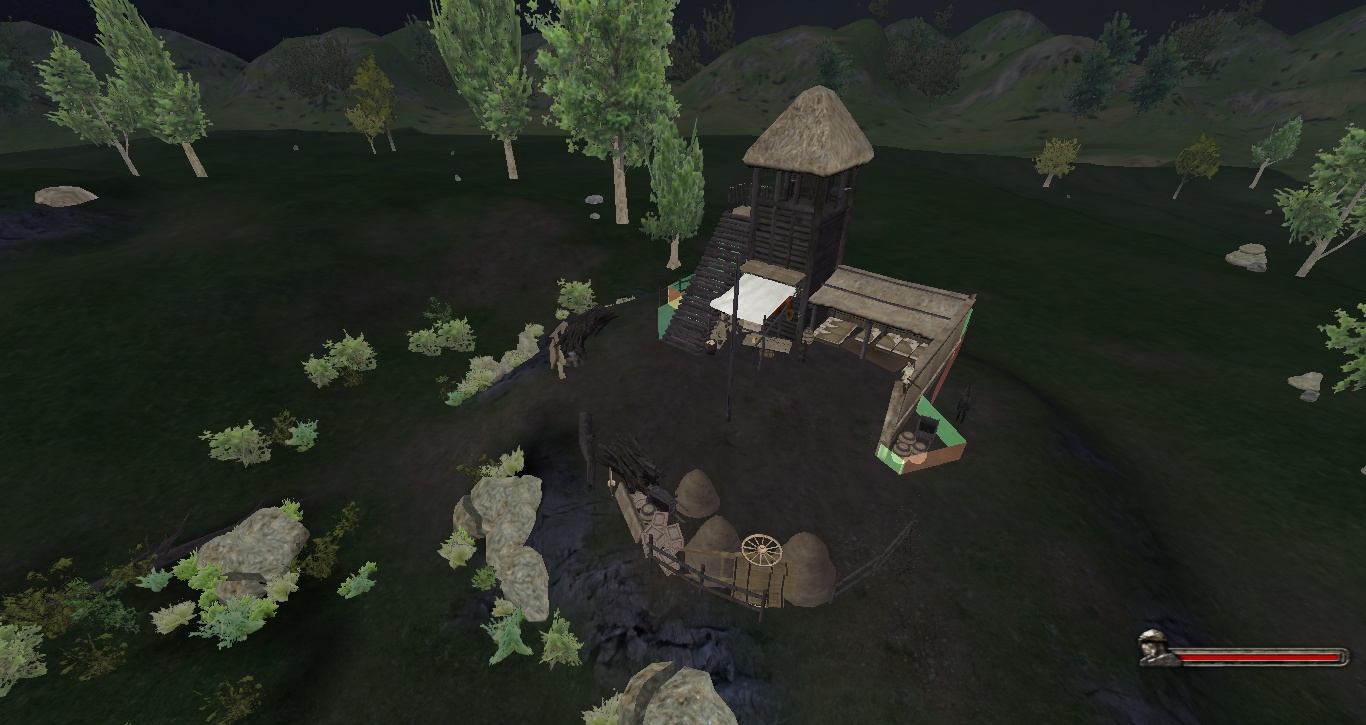 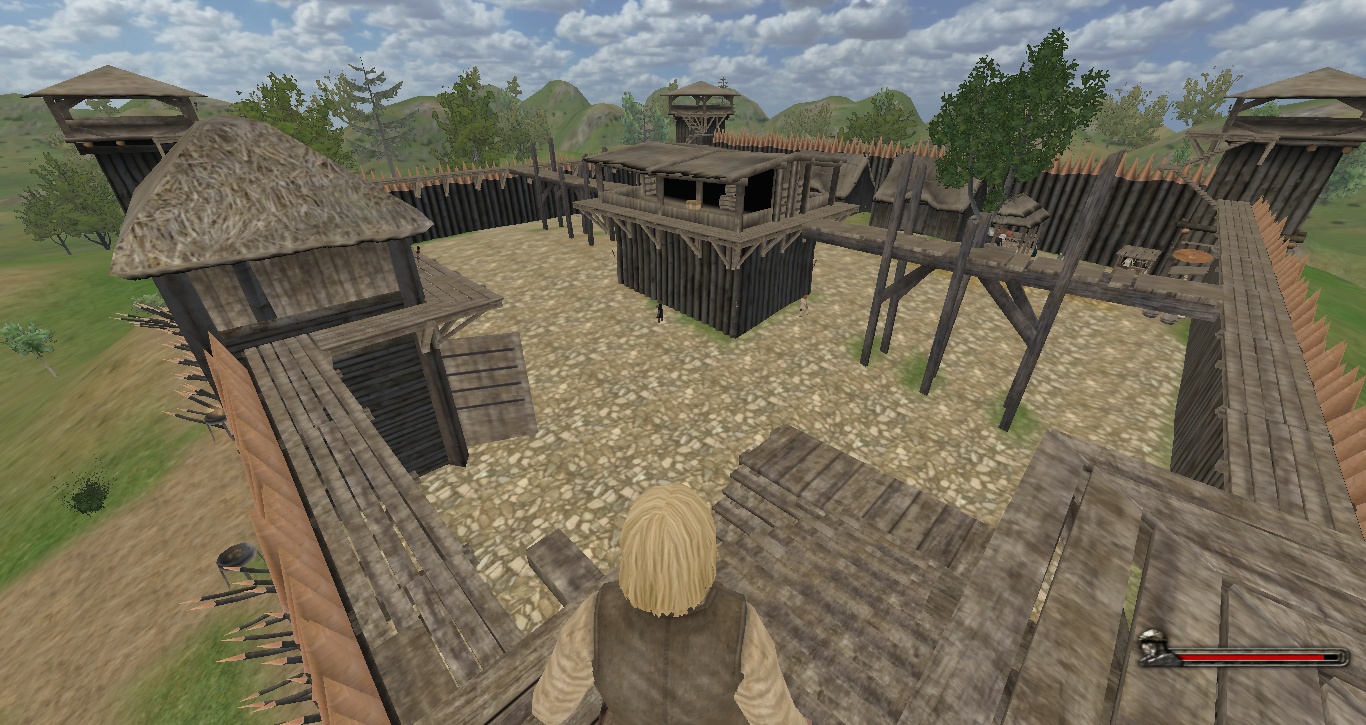 In this article, you go to know a little more about three companions of the mod.

Cant wait for this mod

How long i waited for an mod that put the real future of calradia and aswell the old history of calradia.Now this is a real mod that has potential.Keep the good work mate.You have my support.

I updated the description with the history of the mod, which I finally translate into English. Let me know if there are errors, which I think they are very probable xD

first comment when you released an update 10 mins ago

Is paused for now. I don't have time to work in the mod for now.

The answer to your question is no. The mod isn't dead.

OMG So cool on screenshots!!! Man make this mod please this is the best idea!!!

Single Player
Tags
Embed Buttons
Link to A New Era For Calradia by selecting a button and using the embed code provided more...

The Veiled Stars - Lord of the Rings Mount & Blade: Warband