Journey to distant lands renowned for brave warriors and fearsome weaponry in FireFly Studios' Stronghold: Crusader. This highly anticipated successor to the bestselling Stronghold combines the finest aspects from a city builder and a real-time strategy game. Lead a determined group of crusaders, forged by centuries of barbaric conflicts, or wage war against a powerful foreign invader amidst the haze of the desert heat.

Within impenetrable walls beats the heart of a thriving society full of fletchers, brewers, and armorers, while outside stalk enemy assassins, mighty war engines, and the constant threat of fire. As European nobles or Arabian warriors, conquer this unforgiving wasteland, defend desert fortresses, and lay siege to fearless enemies during the legendary crusades of the 11th and 12th centuries.

Relive the historic Crusades as Richard the Lionheart and the Saladin, Sultan of Syria. Lead a determined group of Crusaders, forged by centuries of barbaric warfare, amidst the haze of the desert heat then fight for your freedom as the mighty Saladin.

Stronghold Crusader HD features several campaigns documenting the First, Second and Third Crusades, as well as conflicts within the individual Crusader states. Battles such as Nicea, Heraclea, siege of Antioch, Krak des Chevaliers and the Siege of Jerusalem all feature, as do the Crusader Trails from the Stronghold Warchest and Stronghold Crusader Extreme.

With new high resolution graphics you have more control over your soldiers than ever before. The new HD battlefield view allows you to zoom out and play in real-time, with the whole map on one screen. Advance on the castle gates while flanking the enemy from behind, feign retreat and lead your foe into a deadly trap or just sit back and watch the destruction unfold.

Today is 10 years since release of first version of modification G.M.B. for Stronghold Crusader game!

For 10 years, the modification has come a long way of development. Updates are released annually. There are already plans for a new version. There is no limit to perfection! :) 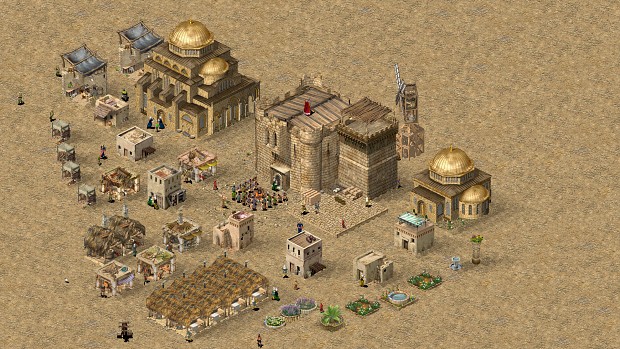 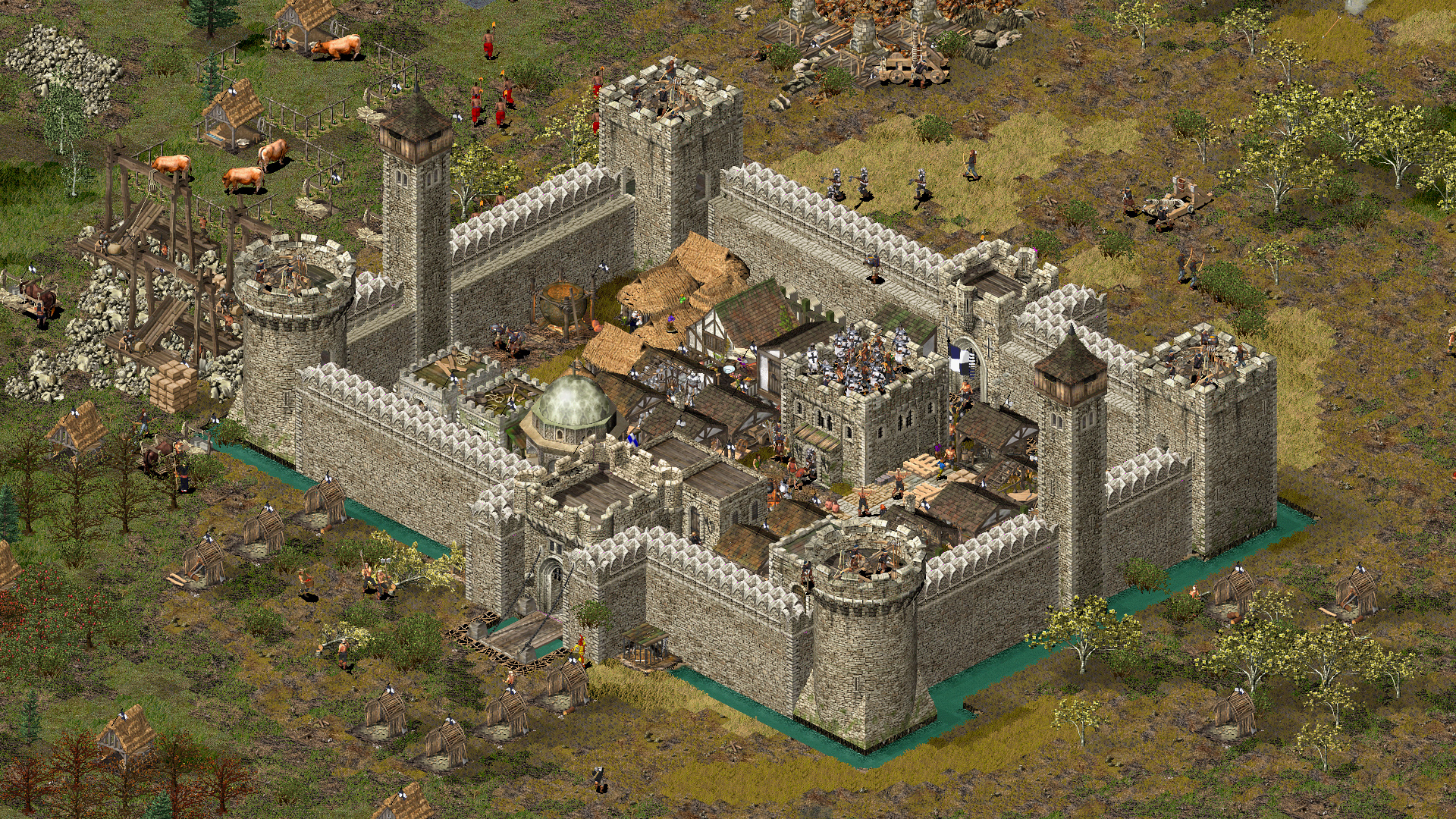 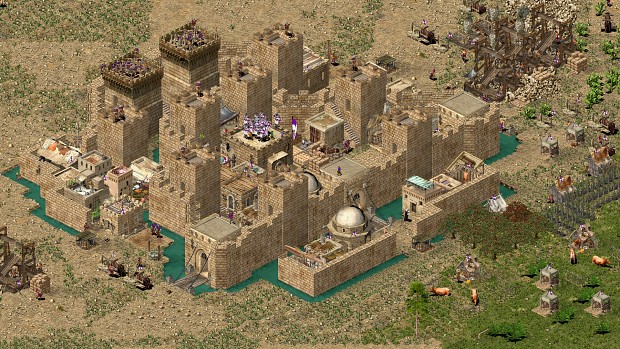 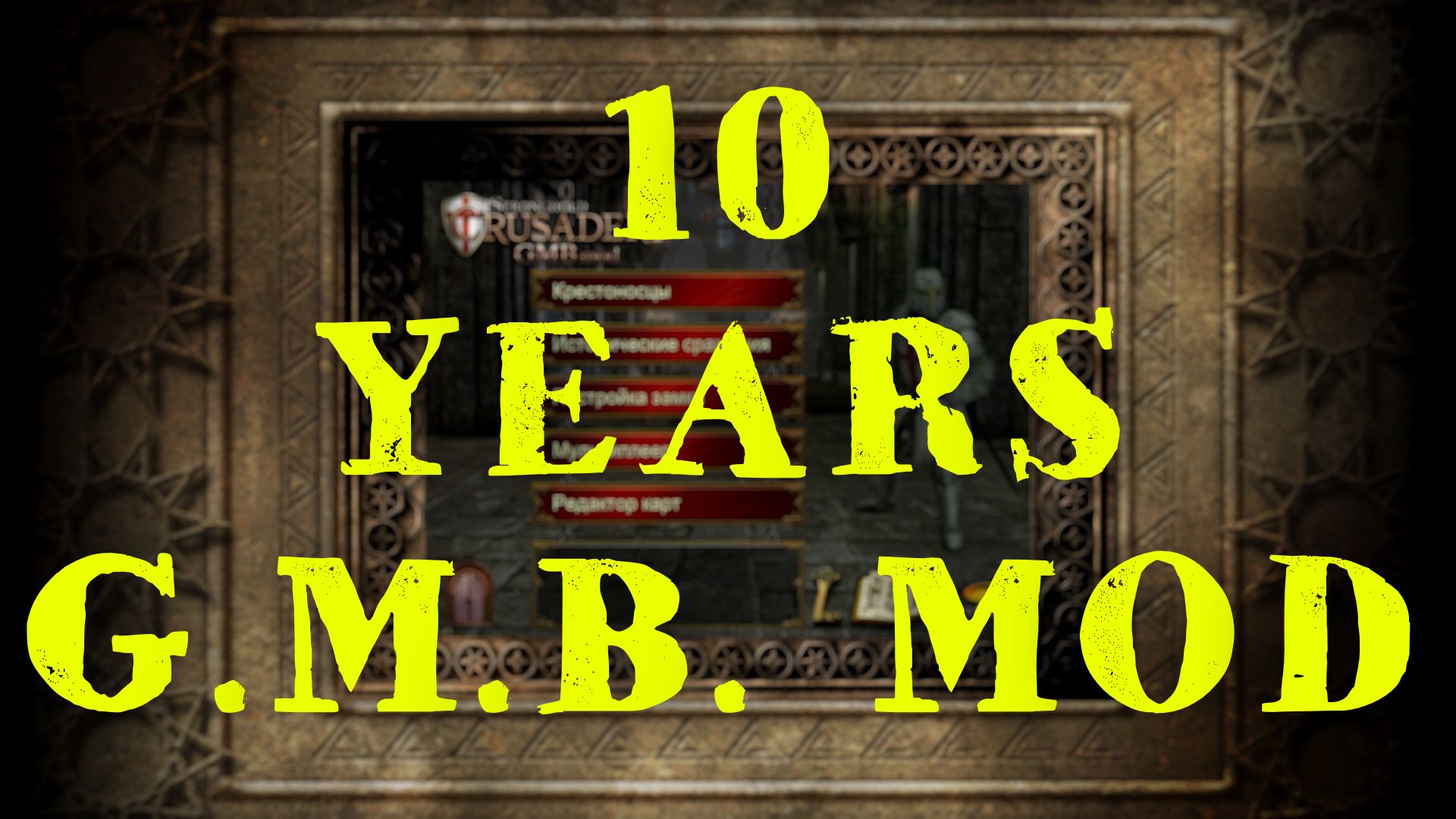 Release G.M.B. mod by LORD_VALROY version 4.6.0! The main goal of the mod is to completely improve the Strongold Crusader game without changing the game...

Features that will be included in the next version of the mod.

Scenes of Tywin, Stannis and Roose + interface and names

12/01/2022 : USELESS IF YOU ALREADY DOWNLOADED THE VERSION BELOW The binks files of Tywin, Stannis and Roose. As well as the interface and info stuff.

The music is bugged on the main version, this one corrects some. Still WIP

Hi my templars. First of all this is my first modification uploaded on some site. Sry for bad language.

OUTDATED LOOK FOR THE LATEST VERSION AVAILABLE First version uplodaded; 3 lords modified, everything has been changed apart from the castles (still changed...

sign up in this petition and lets get their attention!

the target of this petition is to force firefly to add skirmish like in crusader, to stronghold 1 or release the gm1 code so we can mod it. firefly must release also tools like AIV and new ones for modifying the AI's army selection and the ability to add new fully configurable AI opponents.
----
You me and the rest of the good customers of firefly we pay money and we continue
do that.

what firefly do in return?
releases stronghold crusader "extreme" a pathetic excuse of a game with no point what so ever. instead of adding skirmish in the existing one stronghold 1.

We sent massages but we get nothing in return. all we see its a faceless company!

they don't want to release gm1 code, and so we cant mod.
if they want to keep it secret ok but in return do what we want!
WE are buying and you sell it.

What we want is:
1)add skirmish like in crusader, to stronghold 1 OR release the gm1 code so we can mod it.
2)release also tools like AIV, and new ones for modifying the AI's army selection, and attack methods.
3)the ability to the user to add new fully configurable AI
opponents.(faces,voices,animation,army customization.ect..)

We will not buy any of your games if you don't proceed as we ordered.

agreed. firefly needs to update stronghold 1 or im not playing it anymore. i've been waiting 14 years, e-mailing firefly everyday demanding they include the new features i want (i cant tell you becaus someone could steal my ideas and then when firefly updates a new patch or announce someone will copt paste my ideas to them first before me.

im with you brother i can't believe firefly has the ***** to not respond to us when we demand old game from 14 years ago and that be updated with new features either stronghold firefly needs to program new features into game which likely would demand writing entire sections of code to accommodate new feature for old game from new game. but they should do that anyways because we are the one who bought the game. its not right. firefly docking and dodging i cant believe they even have made game with how they act like this they need to get their houses in order so all of us who want to play the original stronghold 1 (no not xbox 1 lol) but with features of new games so that we can be smiles. after they add in my secret features i am publicly now releasing news;

i am demanding stronghold 1 so the game changes with time. like after the middle ages they should make it like rise of nations so that people get guns and tanks and new walls from other fps games with special look. i say this now but if you try and steal this and send it to firefly i will find you. no reason why firefly cant do this, doesnt make sense. i like your idea of new AI in 2008 spore from EA made procedural generated ai that move forward annd change with game based on things. 2008 was only 7 years before ea did this so it's not excuse for firefly why they didn't do this or add it in. doesnt make sense. damn firefly to hell im not buying any new games and im boycott good luck brothers

Woah. That was weird. I bumped my head and I think I may have cached a case of retardation. I feel better now, though, thank heavens, was worried I may have had to live the rest of my life as a retard.

well you are a retard alright. what are you doing here on mod db any way? if not to mod?? oh let me guess! because you are retard!!

i shouldn't have insulted you. i apologize.

your requests aren't practical though unfortunately, they are impossible to implement into the game. the entire game would have to be rewritten from scratch to accommodate your suggestions, it just isn't going to happen; unless you do it yourself I suppose.

1)add skirmish like in crusader, to stronghold 1 OR release the gm1 code so we can mod it.
2)release also tools like AIV, and new ones for modifying the AI's army selection, and attack methods.
3)the ability to the user to add new fully configurable AI
opponents.(faces,voices,animation,army customization.ect..)

apology accepted and i am also sorry for my reaction.

Damn did this page die, i could get people links to maps, mods, modding tools, cheats, walkthroughs, whatever. I make my own videos and stuff for this game. A classic.

Man, I would love that, but, since this comment is six years old, i doubt that will happen :(