Stone Rage is a prehistoric, open-world survival game. Play as a Cro-Magnon or Neanderthal and shape-shift into beasts as you secure your place in a harsh landscape of dangerous animals, scarce resources, and unforgiving climates. Make friends and enemies. Build. Fight. Survive.

We have been out on Early-Access since August 29th now and we have added quite a lot of content over the last few months and with this big patch we are introducing our USP to the game. Which is the summoning of animals via totems and being able to control and play as deadly creatures such as the saber-toothed tiger or the mighty mammoth. What do you need in order to play an animal in the world of Stone Rage?

First of all you'll need to set foot into the world and perhaps build your shelter somewhere safe from intruders. Craft your totems and stone circles and place them close to each other and then gather the needed ingredients to summon an animal and to shape-shift into the beast. We have added several abilities and game balance preventions tied to stamina to prevent overpowered animals. You're not invincible while playing as an animal! You can still die so make sure to defend yourself beforehand. Playing as animal tied to a certain time limit. If that expires, your animal will disappear and you return to your human form. You can break the link early. In this case, your animal will enter a sleep state and you can control your human character.If your animal is dead, you will have to summon a new animal and add new ingredients to the totem again. As for the female human character. We'll add her with our next upcoming patch! She needed some more polish.

This is our first introduction of our playable animals. Expect a lot more in the future updates. We heavily rely on players feedback and we would like to ask you to give us feedback on our discord channels so we continue to fix and improve our systems! Also by sharing the word about Stone Rage you tremendously help us out and the development.

Full-Patch-Log can be read here: Store.steampowered.com 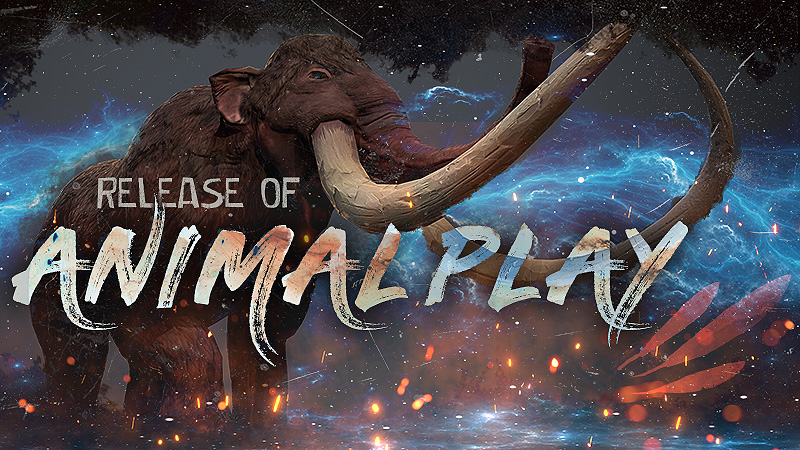 All the best,
Thank you for all your support and love!
Marco Muellner, Project Lead Stone Rage

Stone Rage is now Live! Check out our announcement and join us in game!

Hello everyone. We are pleased to announce that Stone Rage has reached another major milestone. Stone Rage has been Greenlit by Valve. This is a goal...

We are launching our Greenlight Campaign for "Stone Rage". If you'd like to see more, please give us a YES-Vote here. Our forums are officially open now...

Hello to all fans and followers. Since switching to Unreal Engine 4, Stone Rage has received a large overhaul in terms of design decision and overall...

Stone Rage has released it's biggest update to date. The animal playability update which allows you to summon an animal via totem and control it. Check it out and support our indie development by purchasing a copy: Store.steampowered.com

Holy crap! After 9 years it's finally here. I don't believe this!

It has been a long and rough road. But we never gave up! We had zero funding, and still have zero funding. But we risk it. And we continue no matter what. NEVER SURRENDER! Thanks for your comment <3

Thank you for not giving up!

Stone Rage is now Live! Check out our announcement and join us in game! Steamcommunity.com

We got GREENLIT: Steamcommunity.com

Still need everyone's help to get through Steam Greenlight: Steamcommunity.com

We are LIVE: Go vote "YES" and share with your friends, family, neighbors:
Steamcommunity.com