Welcome to Fallout 76, the online prequel where every surviving human is a real person. Work together, or not, to survive. Under the threat of nuclear annihilation, you’ll experience the largest, most dynamic world ever created in the legendary Fallout universe.

In a roundtable interview with GameSpot and VG247, Bethesda’s VP of marketing and public relations, Pete Hines, elaborated on when we can expect mod support to come to the upcoming multiplayer-only Fallout 76. He began by reiterating what was stated with the game’s reveal at E3, that mod support would not be available at launch, but also gave a longer-term estimate of when we might see it implemented:

“It ain’t happening a couple of months after launch, it’s gonna take some amount of time to spin up your private servers to support whatever mods you want to run ... It’s going to take a while ... It's going to be a lot of work. But mods and private servers are definitely coming.”

Hines stated that November 2019 would be the earliest date that we might see mod support come to Fallout 76 – precisely one year after the game launches in the middle of next month.

As also stated at E3, Hines reiterated that mods would only run on private servers, not on official public servers:

"Mod support is going to be tied to work that we're also doing on private servers, and letting people do private servers. Mods will be a thing that run on private servers ... I don't foresee a universe in which we allow players to come in [to Fallout 76's public servers] with their own unique and different mods. If you want to run mods, they'll have to be done on a private server. You'll be deciding what sort of mods you're including and running, and everyone playing on that server is playing with those mods." 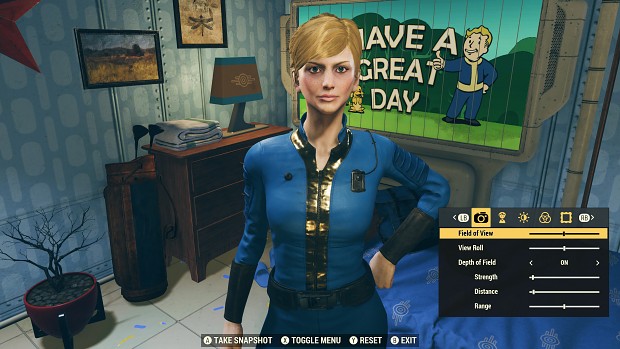 “We love the modding community and we’ve been supporting them for decades. We do plan to launch private worlds in the future where people can modify their servers as they see fit … We 100% want to support [community servers]. That has been my goal with this game since day one.”

What is clear is that Fallout 76’s PC version will not be released on Steam. Instead, the game will be delivered through the Bethesda.net launcher – which means that mods will likely go through the Bethesda Creation Club, or similar system for mods that don’t require Bethesda’s approval.

Fallout 76 launches on November 14. While it’s disappointing that mod support for the game is so far out, we look forward to playing the game for ourselves and seeing what kind of mods the community will start to envision could improve the base game after it releases.

Fallout 76 Will Have Mod Support After Launch

Bethesda says the first multiplayer Fallout game will find a way to include mod support.

I'm most likely going to get banished to the shadow realm but the game is actually not that bad now.

lol I bet the 2 people who disagreed with my rating/review were payed by Todd Howard.

Yep, this is definitely worst Game of the Year right here.

As soon as I leave vault 76 it starts a cutscene where im in a carriage with 3 guys in a snowy forest. Is this normal???

Online-only player in Fallout... Bethesda really dropped the ball thinking it will work.

will not on Steam released :(

The End of Days Role Playing