From the creators of the popular “Brytenwalda” mod, “Viking Conquest” is a brand new DLC for Mount & Blade Warband! This single and multi player DLC brings Mount & Blade to historical Dark Age Britain, complemented by authentic scenes and cultures. The DLC features a story mode with a complex plot, where choices have real consequences, as well as a standard sandbox mode in an all new setting, with expanded options and controls. Online battling also takes on its own flavour, with special modes like Coastal Assault and Warlord.

Now that the mod has reached its optimal version i was advice to make an article
Here is then some In game screenshots: 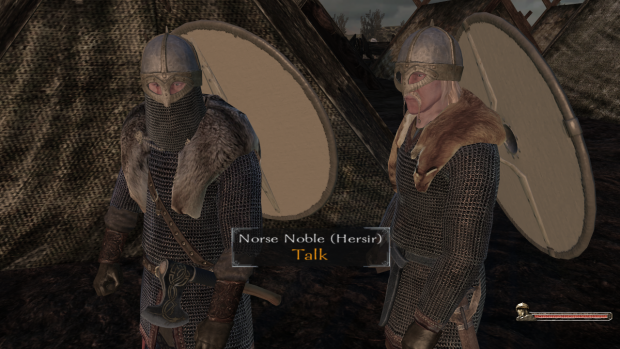 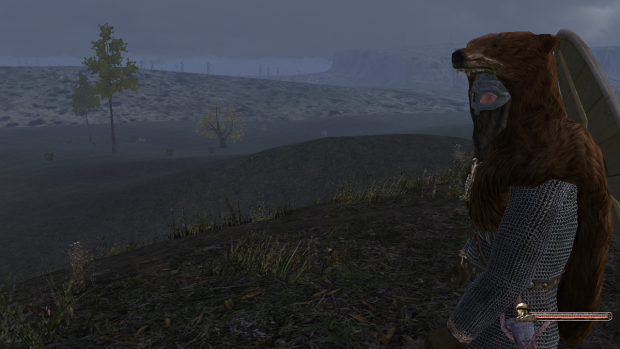 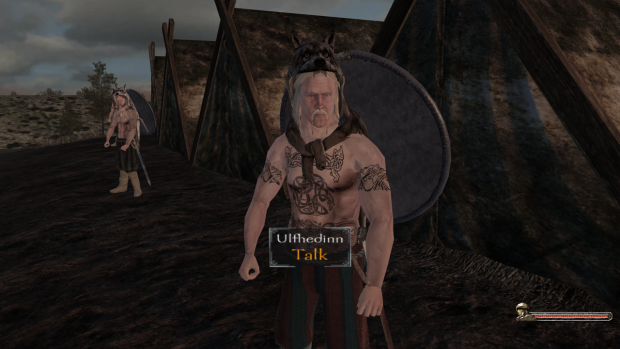 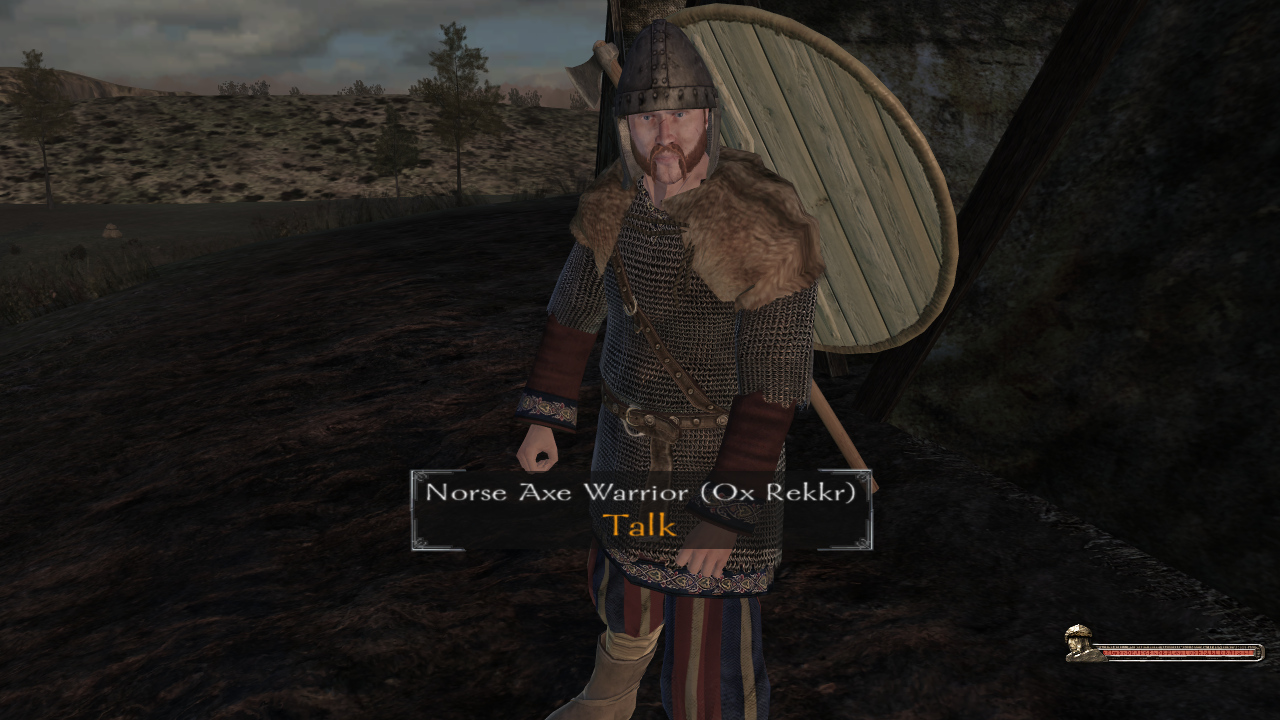 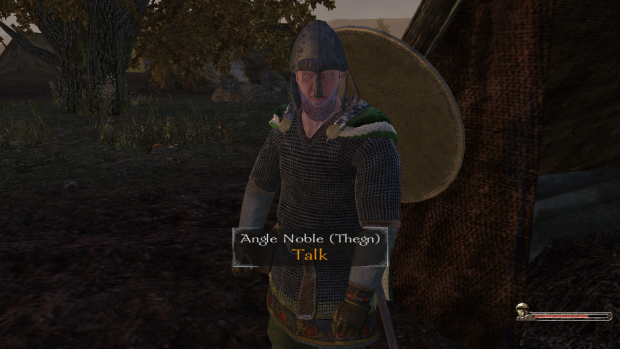 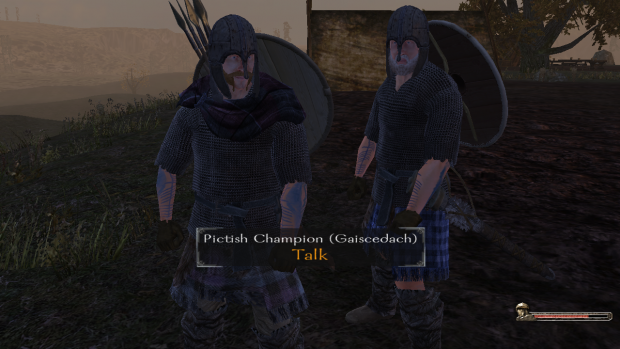 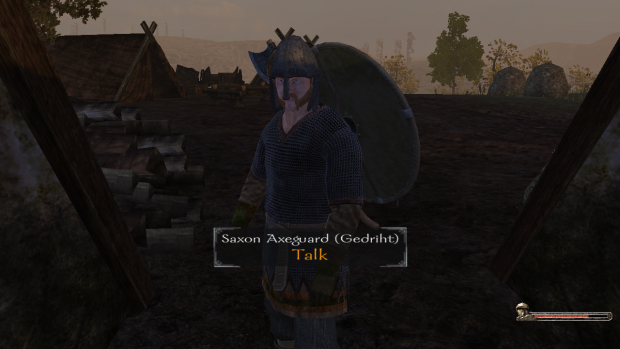 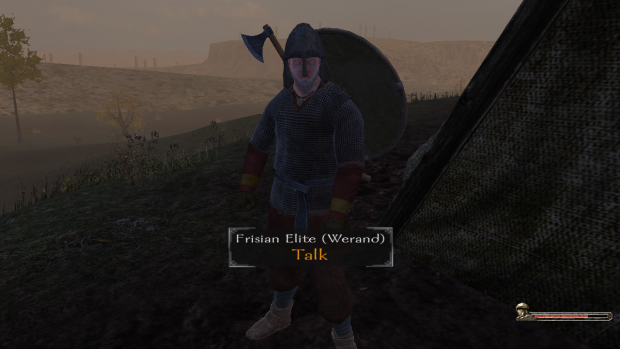 You can reach me here or at the submods channel at Discord: Discord.gg

The Mod can be installed on top of either Vanilla VC or VC Balance Mod, by copying into your Viking Conquest folder and overwriting

Credits:
"Vagn's Armour Mod" for extensive use of his textures and work. Thank you Vagn! This mod would not have been possible without your generous support
The many mods and sources that were used by Vagn, including: Taleworlds Team, VC Team, Brytenwalda Team (OSP), CWE Team(OSP), Vikingr Team, Narf of Picklestink (OSP)
Kauna for the use of her many wonderful visual mods, including shield textures, banners, ships, and sails
Brujoloco for his wonderful banners and sails
The great testers at the Hooded Horse Discord submods channel, especially Luc and Old Greybeard.

-Saturated every texture in the game to make it more darker, added new landscapes and skyboxes.

-Reworked all armors textures,now they no longer have .lods and can be seen by far away at the cost of a performance hit in large battles, however in the future i will upload an addon for those who prioritize performance.

-Added a new lighter texture for the Scale Lorica aswell as a darker one.

-Added some new bare painted chests for Berserkers and Ulfhednar.

-Corrected how some items are seen in the Inventory Section

-Reworked nearly all norse Hringserks, Tweaked the Elite Spearmen-Noble & Veteran/Huskarl usage of fur in armor (no more having Thengs having more skins than the Hersirs). Now you should see a more gradual advance among higher troops. +Tier=+Skins usage.

-Deleted the Map terrain and replace it with a new polished one.Thanks to LDS from the Hooded Horse -Discord Server for suggesting me to change it, and credits to Floris(OSP)

-Added a new leather protection for norse helmets, and with that more variety, now norse old helmets&normal norse helmets with leather are different on their addon/aspect
-Corrected some helmets textures to match their name on the shop menu, for example some "Norse helmets with mail" didn't have mail at all instead of that they have leather, this has been corrected
-Reworked some norse red lamellar gambleson for a more fitting one
-Added some .LODS to some armors aswell to some helmets
-Hersir Helmet is back and with mail included

Viking Conquest Traits: what exactly do they do?

Have you ever wondered what "Inspiring" does? Or what exact benefits and penalties a "Berserker" gets? Here are the full details, what traits do and how...

The Mod can be installed on top of either Vanilla VC or VC Balance Mod, by copying into your Viking Conquest folder and overwriting.

This is a small Hofix for a bugged Mesh... enjoy! Graphics in Blood Eagle are new, some self made, optimized, edited and if you can run vanilla VC, then...

Graphics in Blood Eagle are new, some self made, optimized, edited and if you can run vanilla VC, then you should be able to run Blood Eagle, NP. Scenes...

Companions will remain blissfully happy despite personality conflicts with this optional add-on installed. They will still complain and trigger the relevant...

Balance Mod 13.0 is close to being finished, and looking for people interested in playing and giving feedback on an advance version (available for download on the Discord: Discord.gg ).

A few examples taken from the changelog:

Unique bodyguards recruited by some 40 lords (Harald Fairhair gets his berserkers from the sagas, Alfred the Great gets some of the reworked infantry old captain, many norse lords get vikingr from their place of origin, etc)

Tournaments reworked (each of the 21 factions has a unique weapon loadout creating a different tactical experience and reflecting cultural tendencies, 50 tournament reward prizes including some artifacts newly added to the game and unobtainable elsewhere, very rare chance of a visit from one of 4 deities (Odin, Freyja, Loki, Thor) after a victory giving a bonus)

- Britons get tier 4 and 5 elite cavalry to go along with some general strengthening of the line (Briton military weakness is now reflected in the AI troop recruiting tables, not the units themselves, leaving the Briton player the chance to revive their glory without feeling like they are using subpar units).

- Norse troops can now “go viking” and upgrade to vikingr at points (increases the ship sailing speed boost and comes with more immediate power at cost of higher wages and less long term potential), with an integrated line including berserkers and ulfhedinns (reworked to differentiate between the two) and ship captains (now with a special x4 ship speed bonus), and full line of warrior archers (old norse warrior archers gets a tier 3 lesser version underneath, and two tier 5 upgrades taking different paths), along with a tier 5 upgrade added to the tier 4 dane axe warrior.

- Swedish troop tree introduced (accessible through mercs/vikingr only), including a final upgrade possibility to Varangian mercenaries (ie, Swedish from Kievan Rus) riding 2 new horse models of large ponies/stocky horses (more maneuverable and tougher than normal horses, but a little slower). Varangians very rarely show up in mercenary pools in Norway and Denmark only. Somewhat inspired by the Varangian Guard forming in the Byzantine empire around this time (if Varangians went south to become mercs, why not west as well) and borrowing from later records of how Kievan Rus military often worked (elite mounted bodyguard supported by local levies)

- Newly added Danish and Norwegian mercs appearing in taverns throughout map. Vikingr are sometimes also available for hire in Norway and Denmark (local warriors looking for a captain, and helps balance the previously added polarized religions by allowing pagan players to have stronger recruiting in the home regions of Denmark and Norway).

- Female warrior line increased in strength greatly by addition of tier 4 and 5 units. Equipment and appearances reworked to be a mixture of all cultures rather than anglo/saxon focused (since they are player only and can be recruited from any location).

- Irish get a tier 5 sword/javelin skirmisher and a new tier 4 warrior inserted before the champion, upgrading the champion and pushing them out to join their mounted bodyguards as branching tier 5 options. Picts get a tier 5 crossbowmen and their special hornmen at tier 3 upgraded to be better javelin skirmishers, and then the standard bearer moved to be an upgrade to the hornmen.

- Saxons get some chance of mail armor at tier 4, and new tier 4 and 5 long axe wielding (1.5 handed) troops for breaking shields (lower wages and faster upgrades than normal bodyguards).

- Angles get some chance of mail armor at tier 4, and new tier 4 Northumbrian Mercenaries and tier 5 Captains (very skilled spearmen, but very expensive, as they are mercenaries, and somewhat worse armor than mainline spearmen), representing the disarray in the area and displaced warriors, and harkening back to anglo saxon mercenary past in arrival in Britain.

Does this add new items/weps/armors? Or is there any mod that adds that?

It's a shame that there aren't even any basic mods for VC that add features sorely needed to make it compete with even it's old iteration Bretynwalda.. they had to remove a lot of content as it was OSP and couldn't be used in an official game. Sad.. especially after they managed to nail the sea combat, no other warband mod does it half as well as VC.

The sword and the axe mod is what I think you mean, not sure about the blood eagle mod I can't find that one

just good.... not very addictive, for me anyway. i wanted very much to love it, but it just doesn't give you the immersion that some mods have.