The US President must save the Earth from alien overlord Zinyak using an arsenal of superpowers and strange weapons in the wildest open world game ever.

The epic conclusion to the game that changed all the rules! The Saints have gone from the crackhouse to the White House — but the Earth has been invaded and it’s up to you to free the world from Overlord Zinyak and his alien empire. With homies new and old by your side, and an arsenal of superpowers and strange weapons, you must save the world in the wildest open world game ever!

Saints Row 4 developer Volition has announced via the Steam Community that official Steam Workshop support for Saints Row 4 on PC is live. The game, which did not have proper, official modding support at launch, has been upgraded through what the developer calls a labour of love:

“There were many challenges in implementing Steam Workshop support since the game was not originally designed to support modding. A handful of dedicated Volition devs worked on this in their free time to update the engine and remove memory restrictions, as well as finding a way for individual mods to interact and work correctly with each other without the need for running special tools. It was all a labor of love for our fans, and we're incredibly excited to see the crazy content you come up with!” 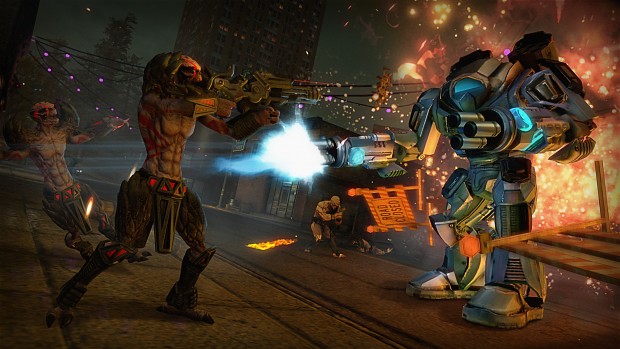 Volition also worked with external community members to create and refine the official Saints Row mod tools, which can be found here. Third-party modding tutorials are also available, which detail how to extract, edit, and re-upload base game files.

The developer notes that mods are only currently supported in the Windows PC version of the game, not Linux – however, support for the later is due at some point in the future. Saints Row 4 itself is currently on sale on Steam for US$3.74 – so there’s never been a better time to start modding it. 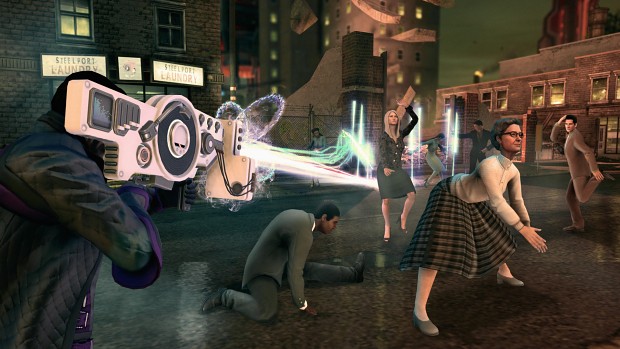 Because Volition is a troll and Rockstar is a dick.

Version 3 of the Expanded Arsenal Mod for Saints Row IV!

An archive of *all* weapons from Saints Row 3 / 4 in FBX form. These files are not as polished / game ready as the Weapon Templates provided in Release...

This amazing mod adds 10+ new weapons to Saints Row 4, new superpower upgrades, and some general gameplay tweaks and balances to the existing weapons!

Adding UFO is a sure way to effectively disgust a game like this.

The sillier the better, if Saints Row went back to being serious I'd just wait for Watch Dogs.

The sillier, the more ridiculous. Coming form a SR2 fan. Saints Row The Third KILLED the series. Saints Row IV is Mutilating it, and putting it in it's grave. The wackyness and sillyness is a good thing. But when you can't take a game seriously. When a developer is desperately trying to SQUEEZE out every last dollar this series can make. That is when we REAL Saints Row fans say, "Enough is enough!" Enjoy your cheap, illiterate adaptation of what a saints row game should be like.

Actually it is far more serious and the jokes are far less wantonly placed everywhere in a blatant attempt to shock. In fact the biggest sticking point is that you are in a virtual world, sure there are other ridiculous elements but they aren't nearly as obligatory and in some instances they are outright genius.

Saints Row 4 is what the third game should have been and I can without question say I'm glad I pre-ordered it.

Coming from another Sr2 fan. Sr3 killed the series, but Saints Row 4 revitalized it. It mixes the silly with the serious marvelously unlike the third. Instead of judging the damned thing before playing it through, actually play it through. Oh yes and the gameplay itself if absolutely marvelous with a mix of Crackdown and Destroy All Humans, but more polished. Give it a try when it becomes cheap if you're so worried about it.

TO bad this is gonna be the end of the series:(. although this looks awesome:) i just hope they'll make it mod friendly.

It should be. Last weekend it was announced over at the Saints Row Mod forums that they are putting together a full mod kit like with Skyrim for Saints Row Three, and that will be a test run for Four. So fingers crossed, but it looks like it will either be released with modability, or will have it added in within a year or so.

this game will be even funnier with the super powers :)

*Update* +1 For free DLC mocking GTA V's release. Fucking Rockstar never supports PC. ------------------------- In a very good way, this is Saints Row v3.5. Compared to the previous game it isn't as haphazardly ridiculous though the ridiculousness of the virtual worlds you spend 98% of your time in makes up for that entirely but in a good way. The insanity and jokes are far better throughout and less outright childish and boring as The Third's sometimes became. Surprisingly there's plenty of character…