Saints Row 2 (abbreviated to SR2) is a sandbox-style action-adventure video game developed by Volition, Inc. and published by THQ. It is the second title in the Saints Row series. The game follows the unnamed protagonist — referred to as male in this article — who leads a fictional street gang known as the 3rd Street Saints, to whom he followed in Saints Row until he was betrayed and landed in a trauma-induced coma after a staged yacht explosion. After escaping from prison five years later and bringing the Saints to power again, the protagonist takes on the gangs who now control the city Stilwater on a quest to bring it to the Saints' power, who had controlled it in Saints Row. The game is composed of elements from third-person shooters and driving games in open world gameplay. The main game can be played through in single-player or through online co-operative play. The game also contains competitive multiplayer modes. 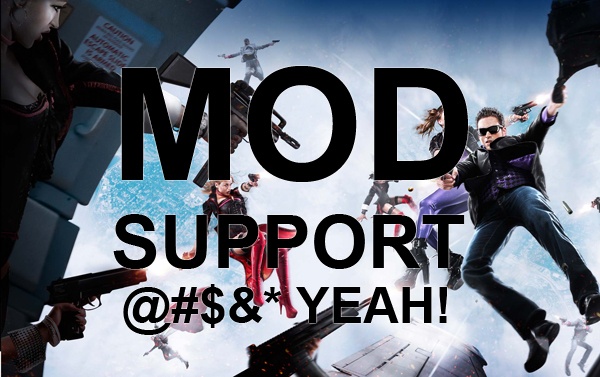 100% save game file for Saints Row 2. All stores owned. Cool character created. Nice vehicles in garages. A lot of cheats in cell phone. All weapons unlocked...

Gentlemen of the Row v1.9.2 is mostly a bugfix release and also adds in Sandbox+ for SR2. This release is stand alone and completely replaces v1.9 FINAL...

Weapons/clothing/vehicle/npc creation will be possible in the future with the actual SDK release. These are just basic tools for file formats and editing...

Gentlemen of the Row FINAL 1.9

The Gentlemen of the Row Saints Row 2 Super Mod is a massive integrated collection of mods from myself and other Saints Row modders. It offers 100+ new...

Saints Row 2 is free right now on GOG for a limited time: www.gog.com grab it while it's hot!

I wish this game would be remade with all its features, mini games, activities and missions with some additions on a modern engine with a better PC version that will be perfect!

APB will allways be 100 time better that this or the GTA series!

And yet APB Died not even 3 months into it's life.

and the current APB is a joke, nothing but bad servers and people throwing their parent's credit cards at the game to buy themselves an advantage.

That's why their servers shut down permanently, isn't it

Well not permanently, a different company picked it up. But yeah, APB sucked sandy balls compared to Saints Row or GTA for that matter.

APB Reloaded is a joke, like I said in my other comment, they came in riding a white horse telling everyone they'd make it free, and improve the game. Instead they made it free, but you could pay for stuff too. Also free players got useless garbage compared to people who paid.

They broke the game even worse too.

I love the game's concept, I just wish that APB reloaded was more stable and was a one off payment game, where everything was unlockable in the normal manner.