Overview:
Roleplay 2 is a standalone game that is built off the good old SAGE engine (specifically the version that C&C Renegade used). When the project was first started the aim was to bring Grand Theft Auto style gameplay to C&C Renegade (This was done mostly because back in 2003 when the project was statured GTA didn’t have its own multiplayer yet).

However, now that GTA has its own multiplayer, Rp2 doesn’t exactly hold the goal of being a GTA spinoff so much anymore, true it still does have some very GTA like features in it, but in many other ways its far different.

GamePlay:
Rp2’s gameplay has changed much over the years, back in the day it was primarily a sandbox map, where the player could just build a lot of stuff. On occasion there was still some fighting (Deathmatch) but players mostly just screwed around on the map and built stuff.

As of the last year however, I’ve been working on rebalancing the weapons in the game, as well as making it so the server keeps records of who has the most kills and other stuff, so that players feel there is something to compete for. In addition to standard Free for all gameplay many players will probably want to explore the massive landmasses Rp2 has, finding the many weapons and vehicles, as well as any other secrets that may be hidden from the player.

The build servers are still around for Rp2, although for the most part they are empty, it’s a fairly old mod after all, and much of the player base on C&C Renegade had their fun with Rp2 a long time ago.

Features:
*A massive land mass that’s 100,000x150,000 meters to explore (true much of that is water, but you can swim so… yeah).
*Over 100 (107 was my last exact count) different weapons and items for the player to use.
*Over 47 different player controllable vehicles which include: Tanks, Cars, Motorcycles, Boats, Hovercraft, Helicopters, Jets, VTOLs, hot air balloons, and Mechs.
*Fishing, Cashier, Train Conductor, and Police Officer jobs to make it easy for the player to make money.
*Smart AI that can drive vehicles, form teams, and decided if they like a player or not based on the players actions.
*Houses that can be bought by the player, and be customized to their liking, only down side is that there is a imitated supply as far as the houses are concerned (However 2 more have been added in the standalone release!). You can also spawn from your house which helps speed up your ability to move around the map.
*The phone is one of the most useful pieces of equipment you can have on Rp2, it allows you to transfer money into the bank, call other players, buy houses, purchase vehicles and weapons, trigger certain weapons, and many other things!
*An inventory system that C&C Renegade had previously never seen the likes of. You have an inventory size limit which can be expanded by buying a backpack or usage of remote storage (the starting size limit is 10, but can easily be increased to a max of 135). You can drop weapons and items, as well as set your own favorite weapon for easy purchase at a later time. The inventory system allows the player to carry up to 50 weapons (only 50 because the good old SAGE engine has a flaw that caused the players all to lose connection to the server if you pushed many more weapons then 50). The inventory system allows for not only a size on the weapons, but their ammo as well. One of the biggest gains of the system is that when you die you keep all your weapons for your next life (10% ammo reduction applicable to all weapons and you still drop the one you were holding at the time of death).
*And many more things, don’t want to list it all after all, I’d ruin the adventure :p

Rp2 Team:
Over the years the project has switched hands as far as who’s in control several times, it started off with Napalmic, then was transferred over to Canadacdn, then after a few years it went back to Napalmic, and then finally Jerad gained control of the mod, and that brings it up to the preset.

Even though the project lead has switched many times, the primary (and original) 3D modeler has remained the same, Blazea58 who created C&C_Roleplay.mix is still with us today, and still working away on Roleplay2.

Our newest addition to the team is Brandan, who is currently working on a program to list the on-line servers. It might end up being a little hacky, but sense it was a rather short term request I don’t blame him for the results.

Jerad2142 and the ECW team are proud to announce that Expansive Civilian Warfare (previously Roleplay2) is now available to the public! To play, visit us at W3D Hub (w3dhub.com) and download the W3D Hub Launcher! 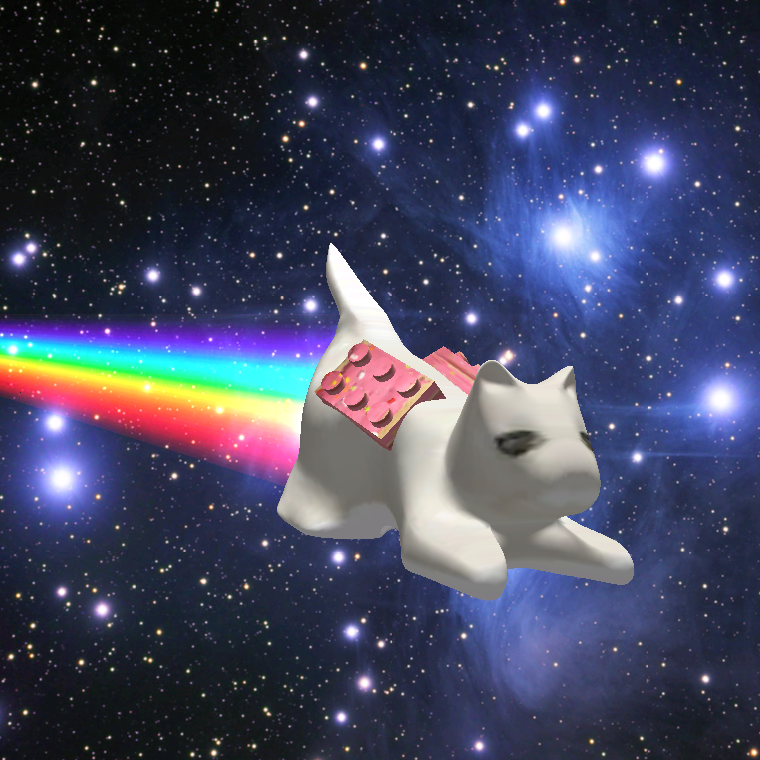 Blessings will come your way when you encounter the Ogle Cat.

Announcing we are joining with W3D Hub, further strengthening the W3D community.

Some pictures of the industrial area, currently a work on progress that's on hold due to some computer failures on the team.

ECW Has been released!

The download has been uploaded, install instructions listed here if needed! :D

Our target public release date is now this coming Wednesday (3/12/14).

Its finally here, after 2.66 years we've made a release!

I can't download the update. It keeps telling me "an error occured while updating attempting to revert." then it says "failed to revert update:("

I packaged the instaler wrong, You must run the client at least once as Administrator, Thank Microsoft for that.

Hourrah!!! A new version was finally released! I'm so glad that the game is alive and being developed, thank you so very much!

My friend said that my comment looked like a troll, so again, it's serious, there's not enough people downloading RP2 so i can't seem to find any post on that, it's like i'm the first.

Yeah don't worry about the bug reporting page, this really isn't a bug anyways, it’s more of a hardware issue.
However, I do have some things you can try that MIGHT fix the issue:
1. Defrag - defragging your hard drive should help with load times, and it might help just enough to prevent you from disconnecting on map load.
2. Shorter View distance - If the defrag didn't work, shortening the view distance will reduce the amount of times it takes the textures to load. But I rather doubt this is the issue as NORMALLY it is able to run the game and load textures at the same time (the exception being if the disc has a bad seek spot it could lock the game and possibly the whole OS up for a bit, which definitely could cause you to disconnect).
3. Change the client's net update rate - The main map of ECW uses way more bandwidth then the other maps. So I could tell you to reduce how much bandwidth your connection accepts; however, then you will be left seeing lots of odd artifacts (like players won't be visible to you and other odd things). So instead next time you get in game, press F8 and type:
net_update_rate 5
This will tell your client to only send 5 updates per second, so if your client is having issues getting the hand shake packets up to the server, this should help.
Please try these one at a time, and if one of them works let us know.

Help, I don't know why but everytime i try to connect on any server, a green text appear and it say "****, Plecos are eating all your internetz!"
Then it disconnect...
Seriously, i don't know what to do, plus, I don't really understand the bug tracking/report system. So please, help!

Report an issue, choose a project first, choose Expansive Civilian Warfare for 'general'. Then select a category, automatic if you dont know. Then fill in the 2 required boxes and anything else you want us to know and click 'Submit Report'.

Dont worry if you dont know, try your best. Check to make sure a firewall isn't blocking the game. You're not the first, maybe the first to have problems connecting :)

If you need more detailed support ask in our forums Expansivecivilianwarfare.com or email me at admin@brandanlasley.com and ill personally help you.

Wait, C&C requires less memory to play, but for this game, why has the memory amount increased?
I mean it can't be from 256mb/560mb/1gb of ram needed to 4 gigs needed..

Oh and as a direct answer to your question it depends on the map, main map requires about 1.5 just due to the massive size and number of textures. If you were just hosting the main map on a fully dedicated server it only uses about 600MB.

I don't know why 4 GBs is recommend or 8 gbs, windows doesn't even require that much. The game uses an average of 500 MB's

Think bran, windows needs at least 1GB if your running Vista plus, Rp2 requires up to 1.5, thus that means to be safe you need at least 3. Have an uneven amount of ram is slower than having an even amount of ram, so 4 is better.

Great mod, for a great game. Now it's going standalone and it's free for everyone! If you have a computer, I highly recommend you download this fun and enjoyable multiplayer experience. There are many different vehicles to drive, ranging from a Bugatti supercar, to a Comanche, to a Madcat from Mechwarrior. There will be a vehicle in this game that you throughly enjoy. Over a hundred different weapons for people to enjoy inhabit this game. Most realistic deplictions of firearms, some are just silly…