Praetorians is an epic real-time strategy game set during the rise of the Roman Empire and Julius Caesar's drive to extend its borders. As a Roman general, you will travel through 24 missions across the desert battlefields of Egypt, the frozen lands of the barbarian tribes, and to the heart of the empire itself: Italy. Control 3 different civilizations, each featuring a unique set of troops and war machines. The terrain and landscape play a major part in battle. Your enemy will understand each situation's defensive and offensive possibilities. Up to 8 players can play over LAN and Internet.

I have created a new mod for the remastered version of the game. If you are interested in it, check it out: Heroic Mod

Link download? Keep reading and it is listed below those details. Or simply just browse for latest TLE in the files list.

By the way, the latest file has included the original game - so you only have to download the mod to play the game.

Possible future update contents and changelogs are listed in This article, always welcome all players to come and put some suggestions on it. I will consider them for next version of this mod :)

Recently, many people have reported a bug related to the main campaign sequence, specifically the Fear The Eagle Mission. I am not working on this mod anymore, however I can provide a way to avoid playing this mission, by UNLOCKING all the missions in the game.

Then copy the file you have downloaded above to: .../Praetorians/Profiles

Afterward, you can get into the game and change the profile to Vanka to skip the bugged mission and try the the other one which have just been unlocked. Sorry for any inconveniences. 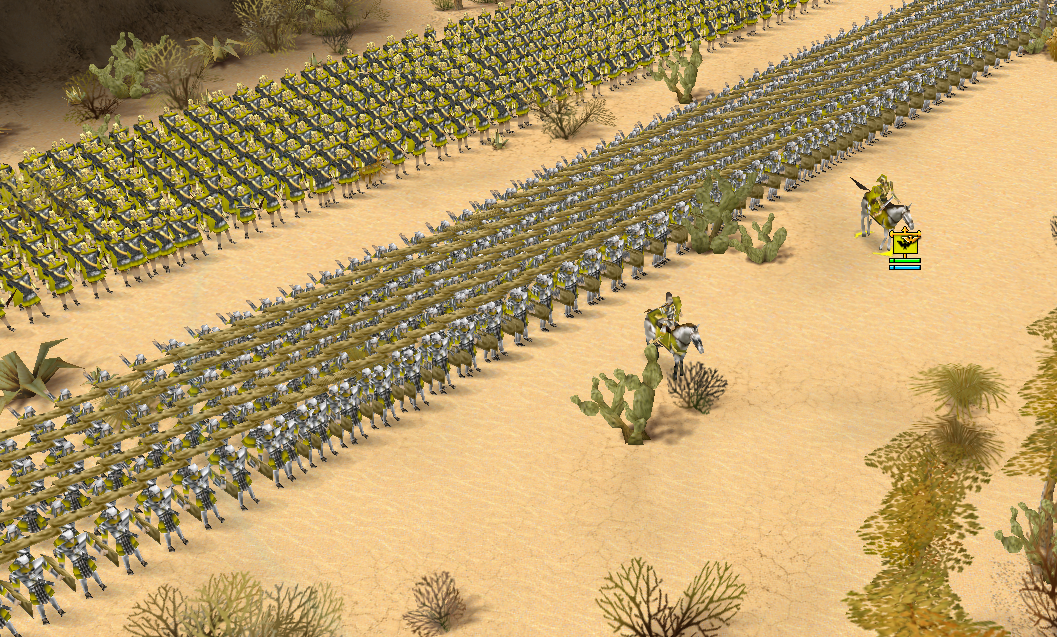 This Unique Formation is only available for Elite Legionaires, Warriors(Barbarians), Dai Viet Warriors, and Mauritanian Infantry.

It greatly improve the Armor against Arrows, extra resistance against melee combat, but immobilize the units are using it.

It is always recommended to have archery support for this formation. This formation is easily overwhelmed by large numbers of enemy with ranged support.

Since most of the Mongolic Units are on horse, their medics are now moving as fast as them, for faster and convenient combat movement. 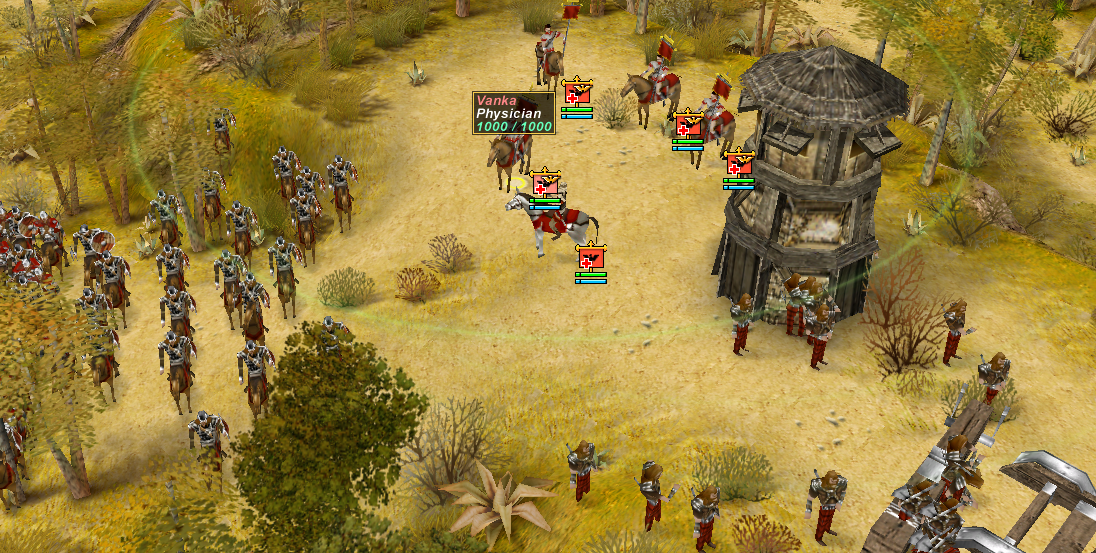 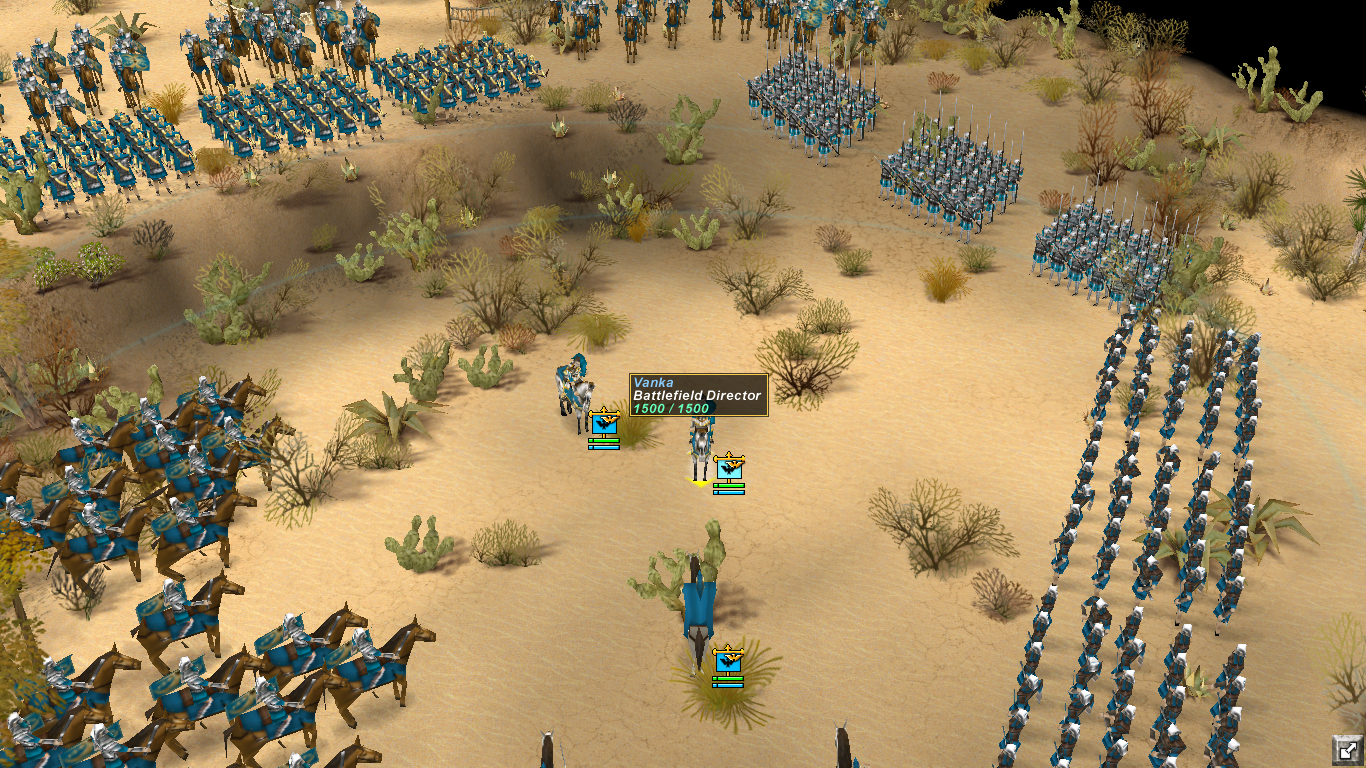 Battlefield Directors(BFD) are unique leader for some races, who can recruit additional units, which are different from what original leaders offer and can build up some new tactics.

They have better resistance against archers, but are easier to defeat in melee combat than original Leaders.

1 in 2 Starting Leaders will be Battlefield Directors.

Battlefield Directors are available for Romans and Barbarians.

My Credits to Atamarado for his great help. 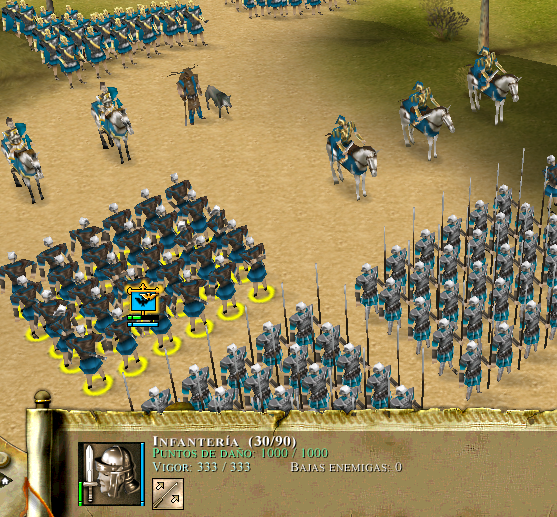 When Enabled, the unit with this skill will deal 40% more ranged damage.

Due to their concentration in firing, they become lack in defense. Their armor against other Archery fire is weakened by 50%. - That means they can be counter-fire by other long-range archery unit easily while firing.

For mobile Archer (Cavalry, Hunters of Mongol,.. etc), their movement speeds will also be slightly reduced.

Can only activate when the unit have at least 75% of Mana.

In this mode, all combat troops numbers are x3 per squad. That means 30 Units per squad will be 90, and so on. 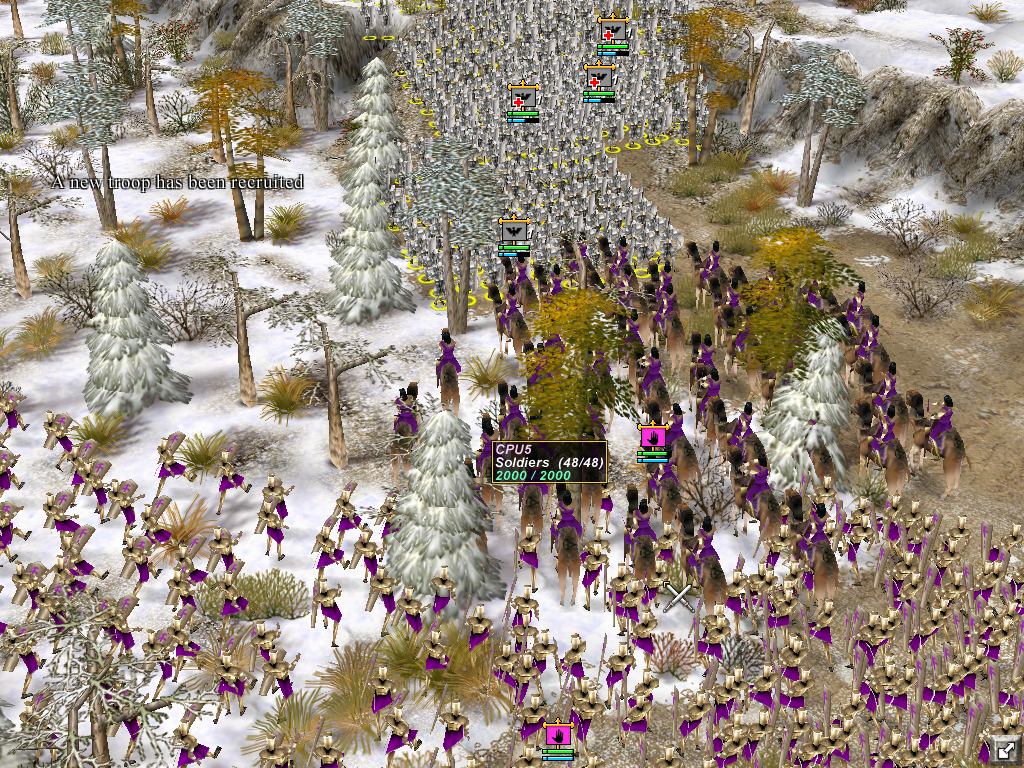 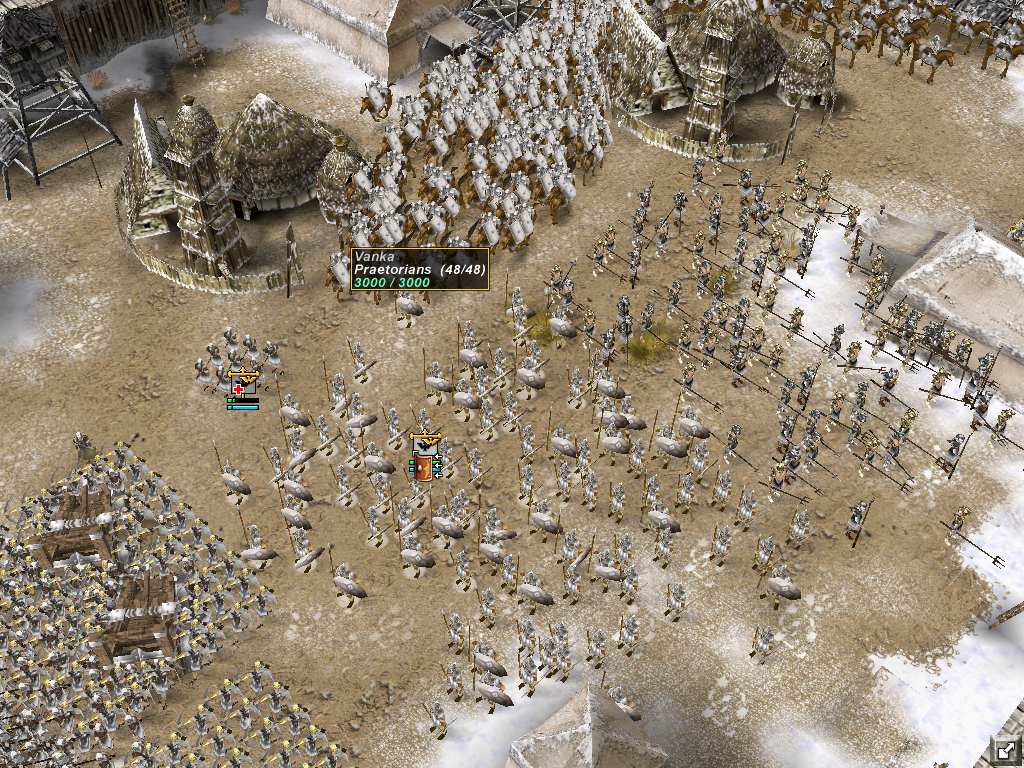 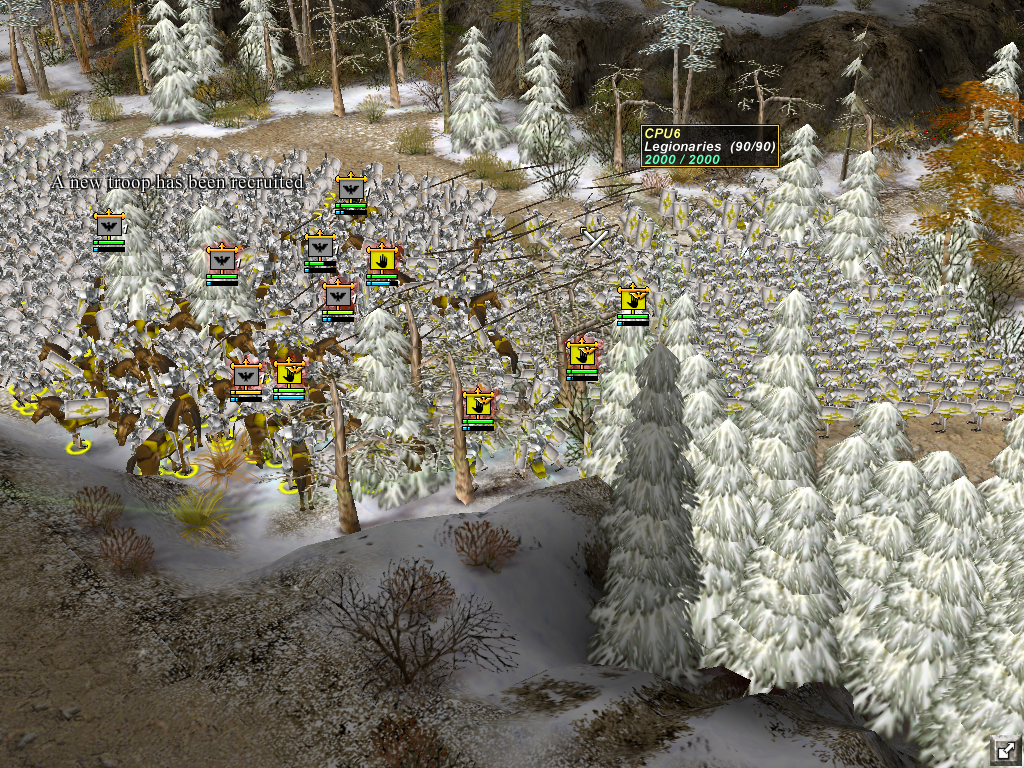 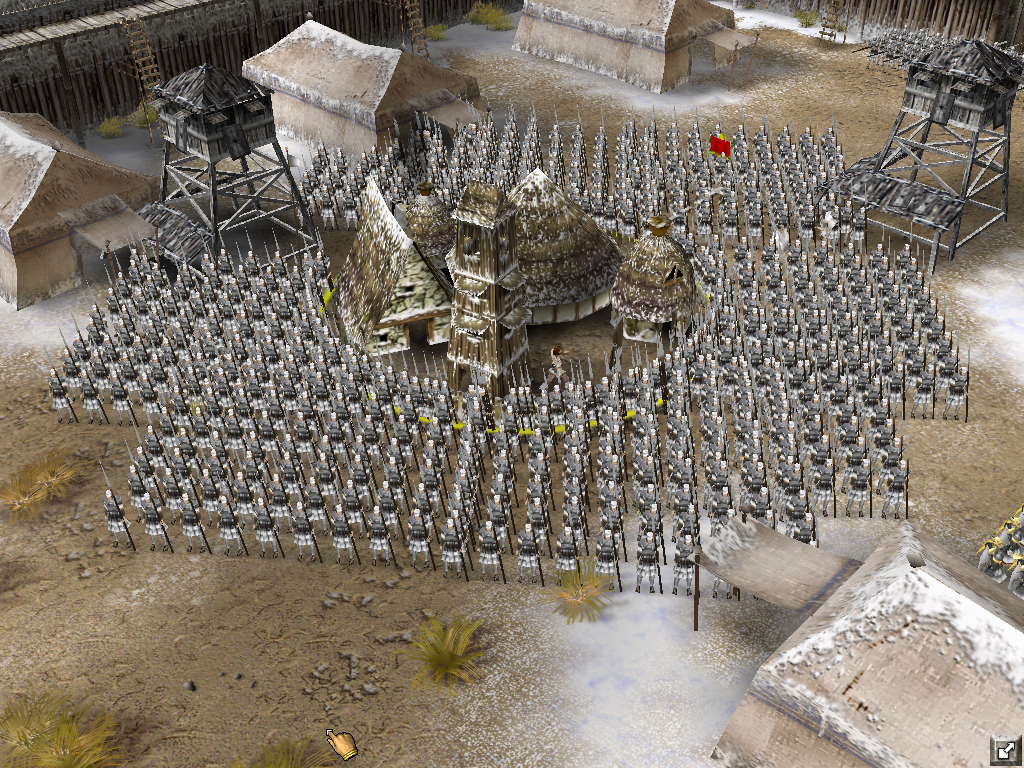 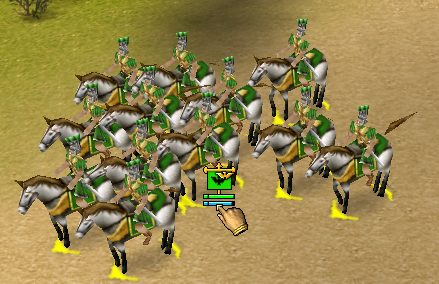 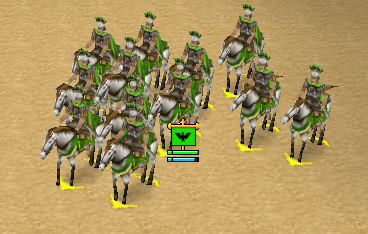 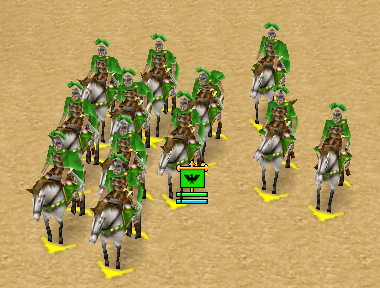 * Remove Parthian Cavalry of Egyptians, for Pilum Skirmisher instead.
* Heavy or Elite Cavalry Units of all Races can Charge through enemies formation without being caught.

- Added more units for many races.

Feature a unique faction that can train only elite units and hordes of legion, but more powerful. No Archer and Cavalry available (Except for the Slingers).

The first rank is called Light Cavalry. They can go through forest.

The second rank is Heavy Cavalry. They can't go through forest but have heavier armor and damage.

The third rank is Elite Cavalry. Have their own strengths and weaknesses.

The Plunderers and Rangers of Mongols have the highest speed.

Longbowman has the farthest range of fire (Except for machine)

The mobility of cavalry is a dangerous matter of war, which can easily change the course of a battle.

The Mongols Rangers can cause devastating destruction among enemies unit while doing Moving Shot across enemies formation.

As Viet Nam is a tropical country with many forest and mountains, almost all of its units can get into forest, make Guardman(Pike) become deadly ambusher.

Holy Guardian is the strongest units in the game, base on the true heroic history of this army.

Start with 3 Hawk Scout, this race enable the player to search for enemies faster.

2 Forgotten Legion and 1 Infantry at the beginning of the game. 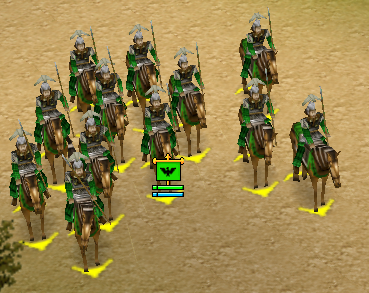 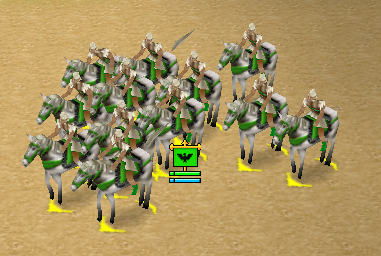 Mongol Guards can't go through forest nor lake, due to its heavy armor, while the Plunderers charge enemy with the lightning speed, strong against ranged enemies.

The Total Version and Epic Version of this mod have removed the limitation in Unit Control Points and Troop Control Points, which let you train infinitive troops to battle.

This is an extreme difference that will change the gameplay, as well as the campaign.

However, The Limited Version of this mod will bring back the UCP/TCP Limitation. If you want to play without commanding too many units, you can try it. 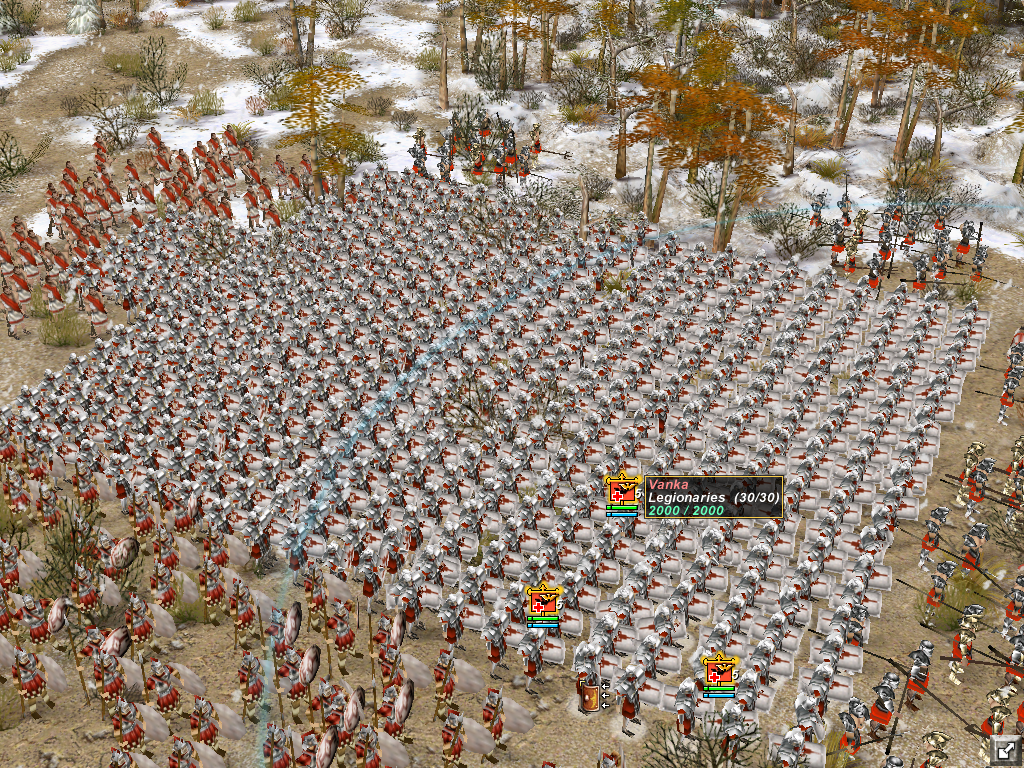 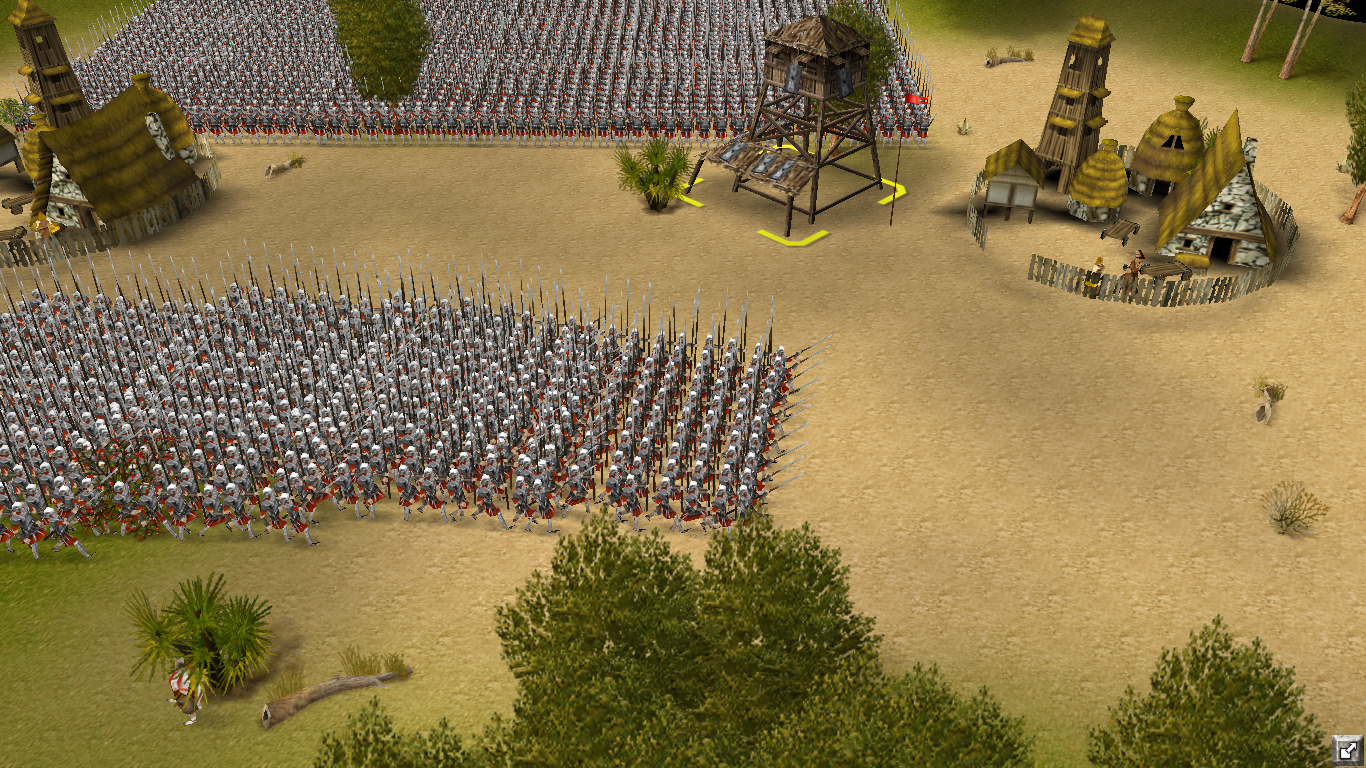 Apart from UCPs/TCPs, I have added MANY,MANY new units, including modify existed data.

As the UCP has been removed, units variety on battlefield has been changed. It will be more sensible to make elite units a bit harder to recruit.

All troops' Honor Points Requirement are reduced in Total,Limited Version; While their Units/Troop are x3 in Epic Version.

It is an improved version of Legionaires, basic heavy unit of Romans. Have higher damage, armor, and the Shieldwall Formation.

Elite cavalry unit of Mongol. Can't go through forest nor lake but have appreciated armor and damage.

Mongols fast/elite cavalry. The fastest troops in the game.

Deal high damage from afar, but weak at close combat.

Noble warrior of Liberians. Are choosen for elite combat.

Deadly cavalry ranged unit of Mongol. Can use Moving Shot abilities while walking without cost stamina.

Elite Guards used to defend the palace of Egypt.

Best use for defending at stationary position.

Elite cavalry ranged unit of Mongol. With wide range of firing and high damage, plus the ability of rushing has proved its role in Mongol History.

- Much more additionals troops can be played and experienced while playing new faction.

The AI has been improved. Play with CPUs may not be as boring as it used to. 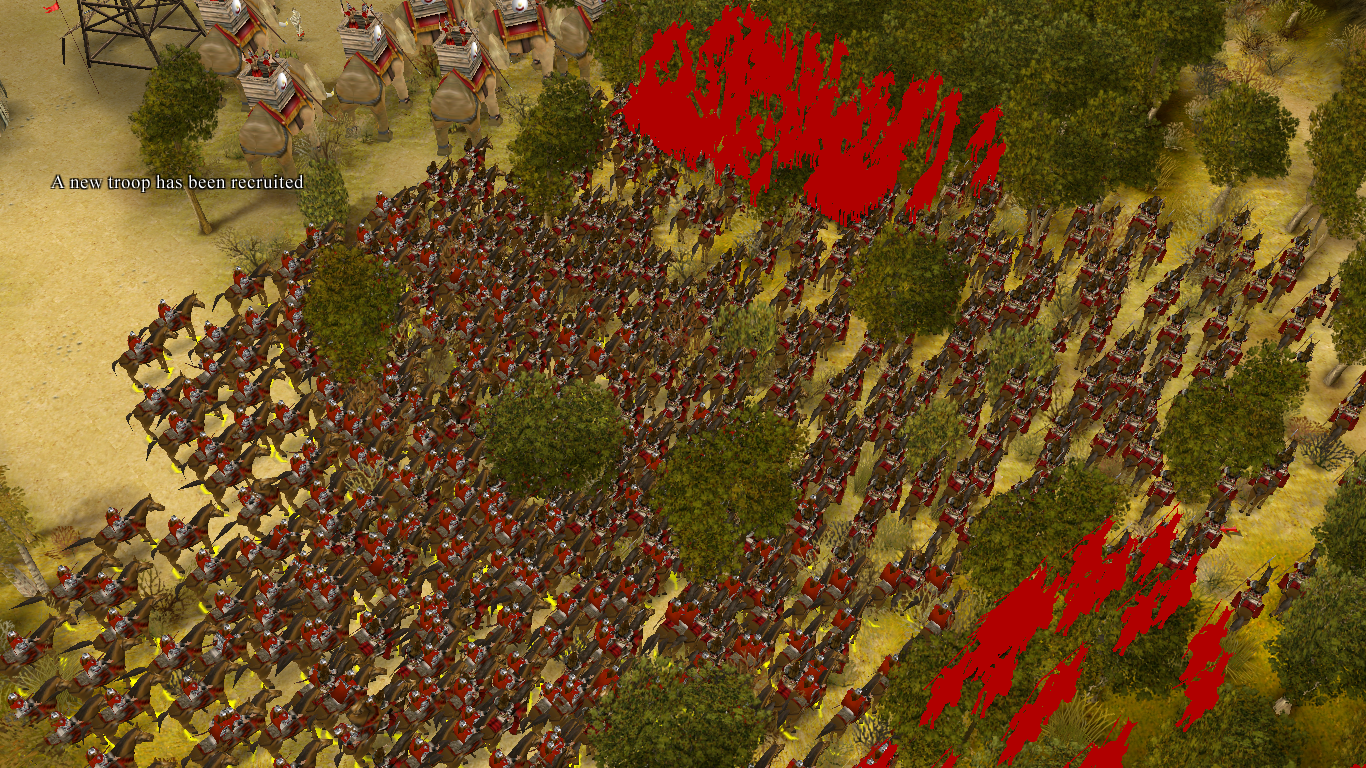 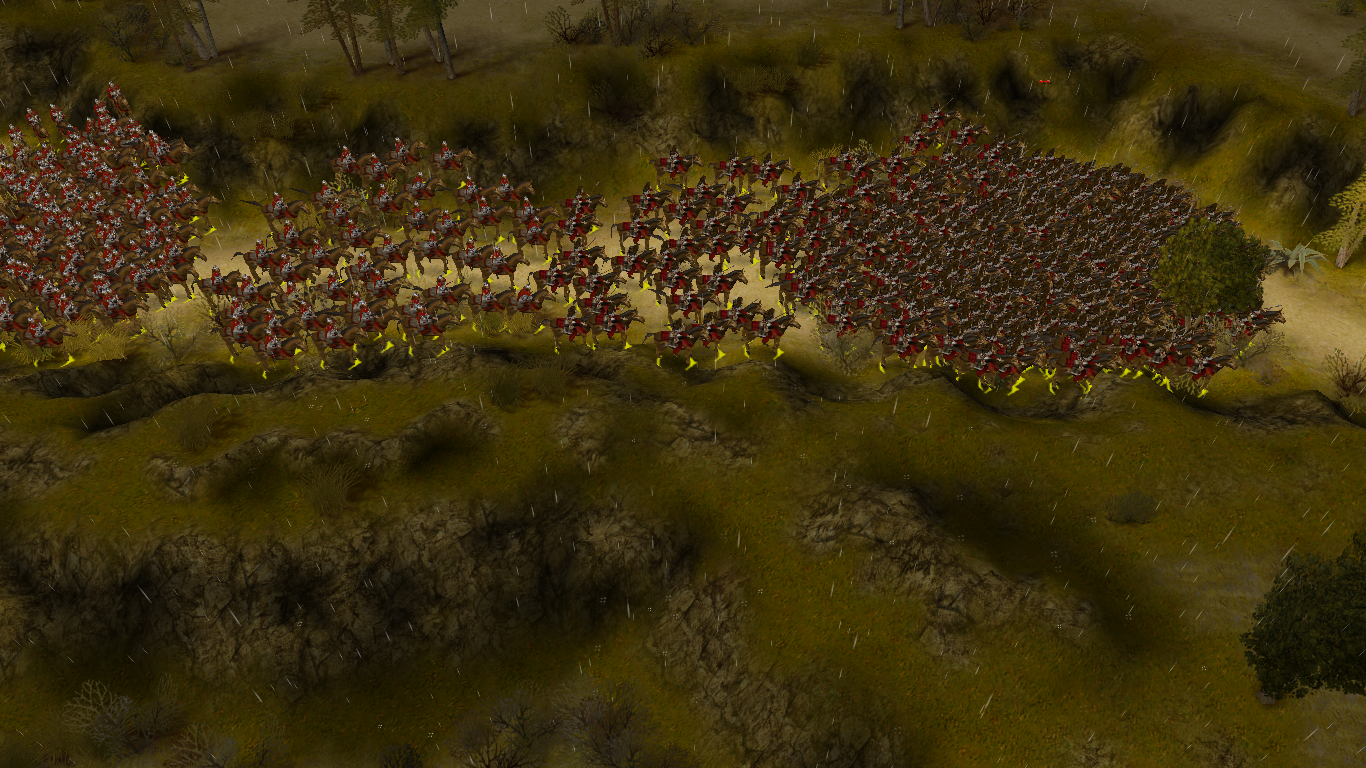 In the original game, a hero has lowest damage in all troops. Now he can slaughter a horde of soldiers :v 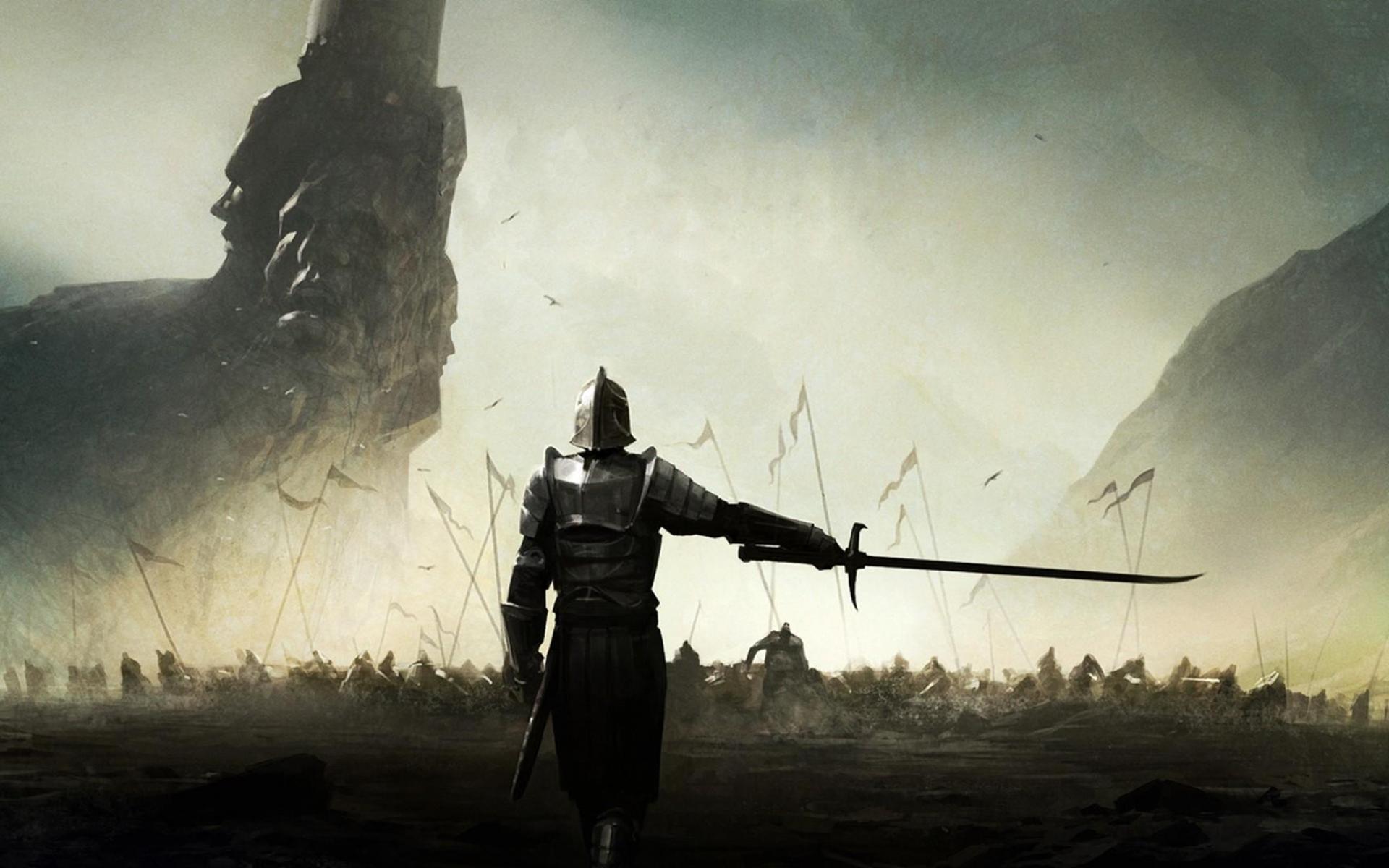 - (Train scouts to increase the UCPs. Then you can able to promote units - In Epic and Total Version.)

After a long time working on this mod without the limitation of UCP/TCP, I decided to bring back the 500 Units Limitation in another type of file, called Limited Version, along with Total Version and Epic Version.

All 3 Versions below are included in TLE Version. 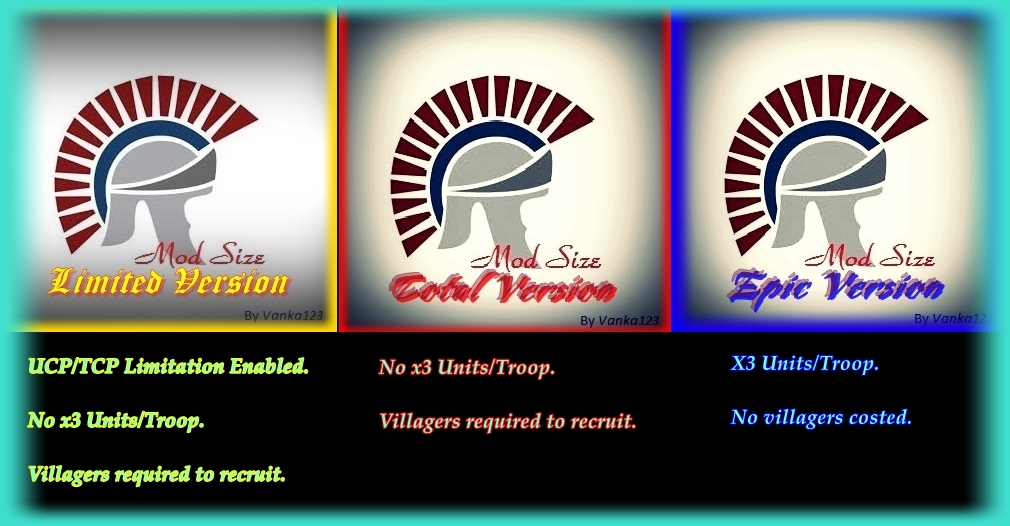 With a purpose of making the process a bit simpler, I want to introduce this final type of file - The TLE Version, a standalone Installer. 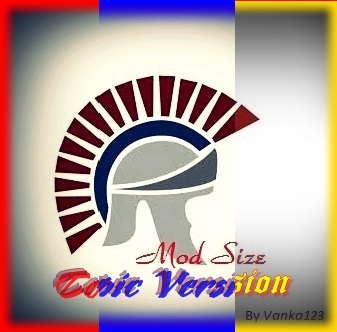 After finished updating/installing your game, REMEMBER to run the TLE Settings to apply it.

Please don't integrate my mod with any others mod.

Thank you all viewers, followers, trackers and users for your attention. If you can, please introduce this mod to other praetorians 's players and vote it. Thanks.

Praetorians Mod Ultimatum will release a new civilization on the next version!

Praetorians Mod Ultimatum aims to add new features to Praetorians that will bring new experiences and strategies to the game. This adds new civilization...

Come visit Moddb.com if you want to ask any questions of the TLE mod previewed above.
Because I am just looking for comments in my mod's unique link, so I won't try to reply any comments related to my mod here apparently.
I repeat, I WON'T ANSWER ANY QUESTIONS RELATED TO MY MOD IN THIS PAGE. VISIT MY MOD PAGE TO ASK ANY QUESTIONS.

Hı vanka i install mod and start playin but game closing a after a pick class greeks or persians i doesnt matter how can i fix this ?

Come visit Moddb.com if you want to ask any questions of the TLE mod previewed above.
Because I am just looking for comments in my mod's unique link, so I won't try to reply any comments related to my mod here apparently.

Hı vanka i install mod and start playin but game closing a after a pick class greeks or persians i doesnt matter how can i fix this ?

getting CTD while on 50% loading screen from campaign: fear the eagles with all 3 mode L/T/E
anyone having the same issue?

Come visit Moddb.com . Since this website is for Praetorians Game, and the link above is for the mod seperately.
If you still have problem after read through the overview, enter a comment in that link.