PositronX is a futuristic Rogue-lite First-Person Shooter emphasizing with fast-paced combat, creative movement and time control mechanics packed with breathtaking visuals. Various weapons and abilities which will help you fight your way through and a complex progression system to make you way stronger than you could ever imagine.

With countless different combinations of Weapons and Upgrades, the game you play will never be the same!

Implants provide you with new abilities. There are tens of Implants to use in PositronX and they can totally change the way you play the game. Time can be slowed down, stopped and rewound, you can fly, wall jump or teleport; space can be traversed in an instant. You can stop bullets in mid-air and send them back to the attackers and much more. There are no limits.

Based on the setup you choose to start with and the choices you make during the game, the play-through can be either easier, harder or almost impossible to beat. But don't take it personally if you die too often, you are supposed to. And you will. There is an ever growing database with information that updates with each run. After a few deaths you should be getting the hang of it and you will be doing a lot better. In this case what kills you just makes you stronger.

In the good Rogue-like spirit, PositronX offers a randomly generated environment, along with items and enemies. All based on hand-crafted models.
But there’s more than meets the eye.

By the end of Early Access, we expect to greatly expand upon existing content while adding new features, adjusting and polishing everything that's already in.

In the near future, our sun is dying.
Humanity is on the brink of extinction.
Our last hope is Turing - an A.I., which is sent, along with frozen human embryos, on an unmanned expedition to distant space in the search of a planet that will ensure our survival. During his long journey, he discovers Kepler, a young planet which will become a new home for mankind. In order to adapt the planet to human needs, Turing deploys the Machine Swarm - an intelligent machine factory, being able to develop outposts and machines that will support people in building their new home. But not everything goes according to the plan...
For unknown reasons, Machine Swarm covers the whole planet with quarantine, which leads to communications disruption with Turing, being on orbit. To discover what happened, he sends a human-like armed machine with its own consciousness - Positron.
The truth, however, lies deeply hidden under the surface of the planet...

To promote PositronX and grow its popularity (top games), use the embed code provided on your homepage, blog, forums and elsewhere you desire. Or try our widget.

HALO is one FPS that really did introduce many new gameplay elements. It offers all that is said below and the modifications already in development look...

In the depths of the hive, the seeds of corruption threaten an overwhelming tide of darkness. A heretical cult known as the Admonition seeks to seize...

Jack Carver is cursing the day he ever came to this island. A week ago Valerie, a brash newspaper reporter, offered him an incredible sum of cash to sail...

Capturing the drama and epic conflict of Star Wars, Battlefront II brings the fight online. Attention to detail and scale make this game a joy to behold...

Unreal Tournament is the sucessor to the awesome game that was Unreal. Boosting the most advanced gaming engine when it was released, this game kicks... 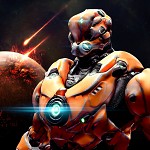