Nexuiz GPL is a fun and free GPL deathmatch shooter released in 2005. It is a free game: source code is free software and data is free content.

Hello, I forgot to add something last time, so here is it. 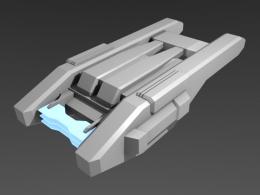 Yoda_almighty made a gaunlet model. It's already planned include it in the next Nexrun release, but there is also a chance that it will get it in the game. It got 630 polys. Just some textures are needed, which wont be a problem. 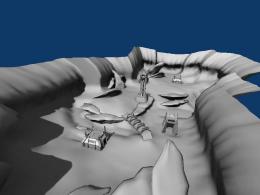 He also started to make vehicle based map. Mainly he used blender to make this map, its already a quite interesting concept. 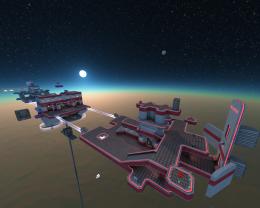 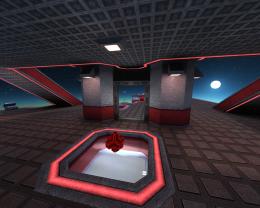 Cuinnton got some new insperations for FruitieX. Here you can see what they already done.
As you can see, they use the warpzones. 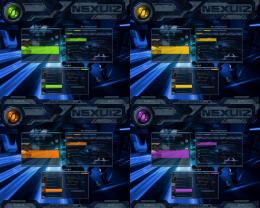 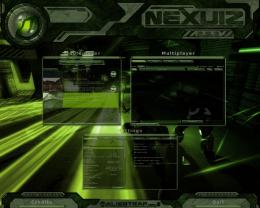 Sev released beta 4 for of his menu. On the right you can see his ideas, how colours can be combined. On the left you can see one of the changes. He made a green and a yellow version.
You can grab it her: Alientrap.org

The first 2 weeks of march brought several things, which you can sum up as work in progress.

Changes #2 and a blast from the past

The dust is going to settle and there are also a few things you probably dont know.

Nexuiz, the open source deathmach game will spawn a commercial game for the Playstation 3 platform.

A nasty supirse, with heavy changes leads to an unsure future!

Nexuiz Rip is a modification of Damm Small Nexuiz. Damn Small Nexuiz (DSN) is a project targeted towards computers with limited performance/disk space...

Alienwy Cyborg is a Nexuiz MOD with focus on SINGLE PLAYER experience. This version doesn't include ctf, kh and onslaught maps. Please, wait for 0.7 version...

The Full of Nexuiz version 2.5.2 release for Windows, Linux and Mac.

Latest version of this game. Nexuiz is a 3d deathmatch game that has been in development since the summer of 2002. The goal of the project is to create...

The 2.4.2 incremental patch for Nexuiz. See File/Full Details for the complete list of changes.

This game is fun, anyone still play it?

I didn't have water reflection in the game :(
PS
darkplaces have patches like idTech3/4 ? I see cooliest round arches...

The menu music, a.k.a "broken lights", sounds like a halo remix.

Very very enjoyable game. It will be interesting to see what comes next.

Uncompress to a folder, then run the executable file. What's your OS?

how do i install the game