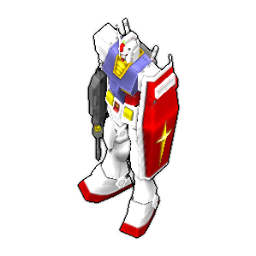 This project is discontinued.

Gundam RTS will be shutdown indefinitely.

It pains me greatly to make this post. Please be patient as this is a very difficult post for me.

7 years ago, back in December 2005, I spent a week evaluating games and engines to find something suitable for a small fan project, a gundam RTS. At the time, fan projects often would die before getting to even a playable state. I felt that by making a truly complete fan project would make Bandai see that Americans do love gundam. I wanted to make moving, fighting fan art, something only a modder of my experience could do. So I started out, I made Gundam Annihilation for TA then came the spring engine, a chance to make a truly free Gundam game!

What are you going to do now?

I'll take the game system I have worked on and do some independent IP project. With my own designs and characters. I will do this because it is my nature to make things. I have not decided on a name for said project just that I know it is an inevitability that I will do something. I am not going into details here as I have no decided what I will do.

I thank all of you for your support.

Monthly update not much eye-candy just work. Testing and balance changes to make the game more interesting in 1v1.

So been terribly busy and using my lunchbreak to post a few questions for you guys.

update of tech tree, zaku marine, new version of the engine is incompatible with the current release

So things have been pretty busy/suck but here is a belated update...

i don't know if you guys still check this out but i may have found the installer. will post again if it works.

Hi, could anyone please upload and post the link for the lastes version of Gundam RTS for me ?

Or is it prohibitted by the developpers ?

So is there any way to still play this game?

For people that still have the game and play it, I uploaded some more music tracks for it.

I still dont understand why taking down the download links... means no one can enjoy the mod if they dont have it... Could someone upload the latest workable build that most people play please to somewhere. THanks

Ack! Well sorry to hear this. Well, If I can help on any other projects just PM me on the forums. Kinda uploaded perfect zeong b4 I saw that GRTS is shelved.

Can anyone link me to the latest build, because most of the sites that this game was uploaded on was deleted.

Same here unless 1.28 is final release

i would be happy go get my hand on one of thoose release.
any idea were i can get 1.28 or other versions ? old/new any version

i just found out this existed. any luck?