Diablo II: Resurrected includes all content from both Diablo II and its epic expansion Diablo II: Lord of Destruction. Battle your way through icy caverns, horrific tombs filled with undead abominations, and frozen wastelands to the frigid summit of Mount Arreat and stop Baal, the Lord of Destruction. Raise hell with two Lord of Destruction playable classes-the cunning Assassin, master of traps and shadow disciplines, and the savage Druid, a bold shapeshifter and summoner who commands primal elemental magic.

Diablo II: Resurrected is a remastered version of the quintessential hack'n'slash game Diablo II. Pursue the mysterious Dark Wanderer and fight the denizens of hell as you uncover the fate of the Prime Evils Diablo, Mephisto, and Baal, now in up to 4K (2160p) resolution on PC. Diablo II Resurrected features:

-> Changes for monsters density per acts

All uniques monsters density in each acts and in each difficulties are up to x3. 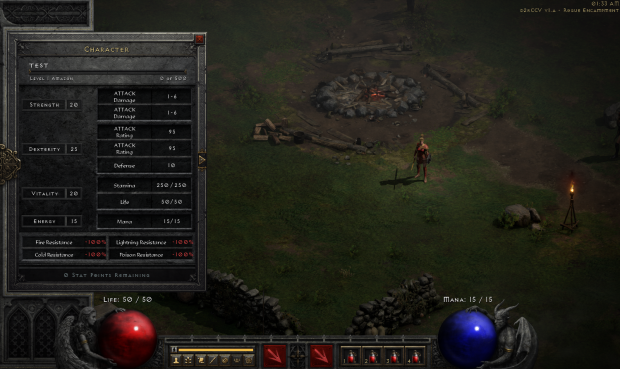 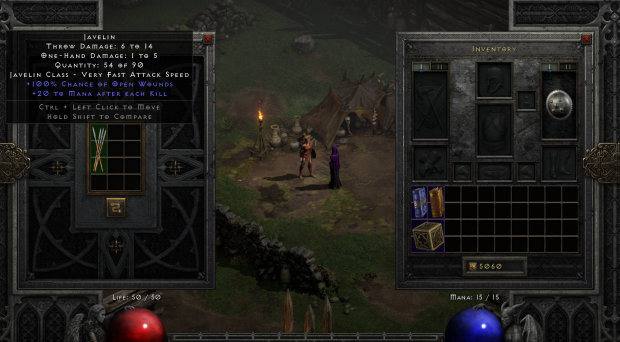 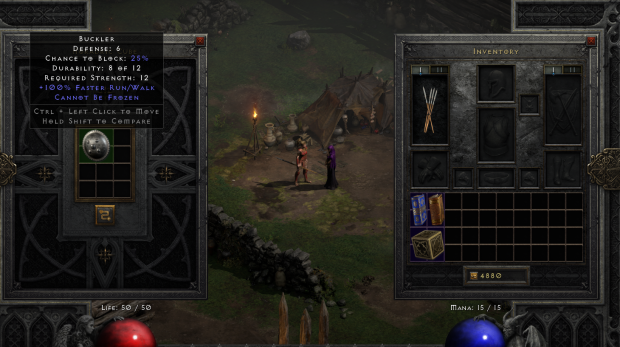 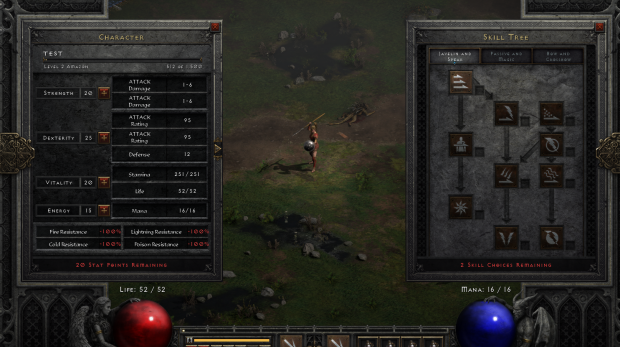 I'm turning D2R SP experience into what I would like to play with. I played a lot of Enjoy-SP with Plugy in Diablo 2 and my goal is to make something...

I'm turning D2R SP experience into what I would like to play with. I played a lot of Enjoy-SP with Plugy in Diablo 2 and my goal is to make something...

This is a Diablo II Resurrected Edited Save Folder with all the Characters , i tried to make the beginning more interesting , the game seems to stall...

For 2.5 patch......If other mods use bin files, not txt, and no mob density change, but you want it, you can add these levels.bin into other bin mods...

I can't open the cow Level. I played till hell and wanna open in normal. Bought 2 toms and use in cube. But nothing happening

please make a d2r wings mod, a set of wings for every charchter!
specificly tyral type of wings with diffrent color for each class,
will pay for it :)
please <>

I use mostly this webpage for posts and talking:
Nexusmods.com

So lets go from bottom to up in comments here:

Better SP is single player only. Online modding currently is not allowed.

The crazy 1.0 walk/run speed is lowered in 1.2-without-merc-mod, which has extra info also about why mercenary equipment mod was removed and why you shouldnt use older versions (except unless you use controllers, then you can use the controller version -- without Expanded Mod), will probably be even lower in future v1.3.

It is possible to find all items in hell cow level.

/playersx should be working, i use it all the time and i havent heard issues about it from other sources, hmm. What version are you playing or could you maybe send me your .d2s save file, so i could test?

The person in reply to the import question, unalsnake, I never delete any comments. I have no idea where you asked it or why wouldn't it show up then.
But if your vanilla characters/online characters are showing up instead of the mod ones, then you havent added to shortcut target: -mod Karla
Example:
Target: "C:\Program Files (x86)\Diablo II Resurrected\D2R.exe" -mod Karla

The person above it with similar question. The same answer to you about how to setup/install Better SP. The target is still going to D2R.exe, the .mpq is basically an archived data file from which the game pulls new data.

XP penalty from higher levels is removed in Better SP. In vanilla characters start getting % overall xp-gain penalty during levelup and the % grows with every level in vanilla. Vanilla level 70 has it there 976/1024 aka ~4.7%, level 98 has 6/1024 aka ~99.4%. This mod has every level at 1024/1024.
Other than that you can use /players command. Currently there are no plans to increase xp gain, as there is also anyway increased mob density in mod.

Is there going to be a XP mod?. For faster leveling like

It seems online characters appears but offline chars doesnt appear. I asked a question about it however they deleted it.

any reason why /playersX or /players X does not work?

Is it possible to find all items in the hell cow level now?